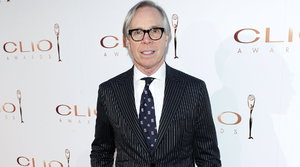 (NEW YORK) It’s another fashion calendar shakeup! Tommy Hilfiger is moving his show to Monday, September 9th at 11 a.m. right after Carolina Herrera instead of his usual time slot on Sunday at 8 p.m. This year’s location? Pier 94. The move will bump Belstaff out of its time slot, where they have shown for the past two seasons. As a result of Hilfiger’s time shift, Belstaff will now hold a presentation and cocktail party on September 8th at 7 p.m. at The Four Seasons instead. But there’s no bad blood here: Hilfiger happens to be an investor in Belstaff and friend of the label’s CEO, Harry Slatkin.

The house of Hilfiger also announced that men’s creative consultant Simon Spurr has departed the company amicably; his final collection was for Fall 2013. The news has sparked hope for a revival of Spurr’s eponymous label, which he left over a year ago amidst disagreements with his business partner, Judd Nydes. Fingers crossed!

In other big Hilfiger news on the hommes front, the designer has decided to cancel his menswear runway show this year in order to solely focus on the womenswear, despite the fact that menswear is his big cash cow accounting for 60 percent of his business. Showing the men’s collections in September hasn’t proved fruitful for many brands that’ve found the fall to simply be too late in. As a result, designers such as Michael Kors, John Varvatos, and Calvin Klein moved their men’s shows to the summer months. However, Hilfiger will not be rescheduling his men’s show as of now.