Ashley Graham as 'The Activist' in the Pirelli Calendar 2023 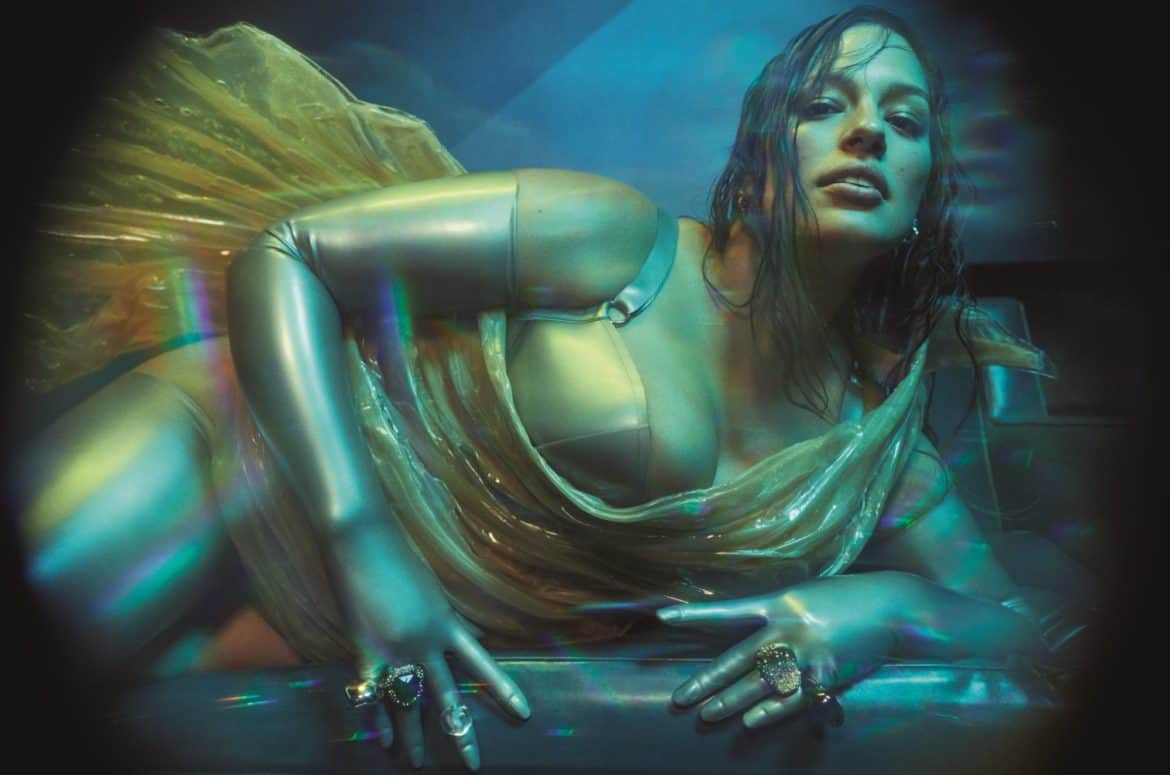 There’s few mega-stars in the fashion world who’ve done as much for the advancement of celebrating all guises of the female form as supermodel Ashley Graham. And so, it’s only fitting that her depiction in Emma Summerton’s Pirelli Calendar is as ‘The Activist.’ If we could bottle her confidence and charisma, we would, but in the meantime, we’ll settle for getting our hands on The Cal which shows the mom-of-three as a living, breathing work of art. We caught up with Graham last month at the press preview to hear her holiday plans, how she uses her body to make a statement, and the advice we should all book mark.

I heard you ‘Whoop’ so loudly this morning so firstly I’m wondering where you get your energy!
Ha, I think I’m a morning person, first of all. Because when you see me at 10PM unless I’ve had a few drinks, then it’s like…womp, womp, womp, power down.

How are your bambinos?
They’re so good! So lovely and full of energy. I also do get my energy from them.

Tell me about your character, The Activist, and what you were channeling for the shoot?
It’s interesting because I didn’t feel like I was acting by any means. I felt like I could show up and be myself, but in this fantasy world. The piece of art I was wearing was absolutely stunning and it’s going to be in a museum now, Pirelli said that! When I showed up on set, everyone just clicked and it cohesively turned into this beautiful thing. I was wearing art, being photographed as art, and it was all a very surreal, fantastical moment.

Do you approach The Cal in a different way, knowing that it’s going to be such a lasting image? And it being created by an almost all-female team?
As far as it being an all-female team, there’s just a comfort there. We all know we’re going to take care of each other in a different way. Not that men don’t take care of women, but there’s just this different undertone of understanding. I have worked with Emma in the past, I know how she photographs and the thought that goes into every image. [The Pirelli Calendar] is obviously completely different to say, a campaign or any other kind of commercial project. I’m the type of person where I don’t change because of my atmosphere, but I like to become what the set already is. So it felt good to be able to see the set and ease into this whimsical moment. There was this image of Times Square behind me, and I’m on a couch, and it was almost like I was on display, wearing art, being art, and being proud of myself. That felt like a clear image, not only of what Emma’s image was, but something that I might even do myself.

You mentioned pride and confidence in the video, is there anyone you look to to help put the best version of yourself out there…even someone from the fictional world or the past?
I think something I’ve always garnered from the women around me is kindness. I love a generous, kind person. Whether that’s with their mouth, heart, or actions. I’m always inspired by that and it inspires me to be more kind. But the more I was watching [the stars of The Cal], the more I thought that these are some of the most inspirational women in the world! Everyone has such a great story and something great to say…especially in fashion. As models, we’re not always able to say what we’re thinking. We’ve been silenced so much! But what an honor to be a part of something that lends a voice.

I’m sure it’s also great to be depicted as something you might not necessarily get to show in a visual format, as activism is often about your voice.
True, however I think that my body has been a form of my voice, so this felt very natural.

Do you have any fun holiday plans?
You know, I have been traveling so much that I just can’t wait to sit under the Christmas tree with my kids. This will be my twins’ first Christmas, so it’s going to be so much fun.

Do you have any quirky or weird holiday traditions?
I want to make them! Justin and I, before we had kids, which was [laughs] only two-and-a-half years ago, we always traveled and saw family. I’ve told him we need to make traditions. We’re figuring it out…I don’t know what we’re going to do. Any suggestions?

Is Santa coming?
We don’t know. Should we lie to them this early?!

We used to leave out a pint of Guinness for Santa.
Oh! Who drank it?

I’d say my mom, she needed to keep her strength up! Ok last question, what’s a love letter you’d write to your younger self?
Ashley, everything is going to come to you when it needs to, you don’t need it all right now. Be patient and know that your body is going to change somebody’s life. So hang in there and don’t let the criticism get to you.

[READ MORE: At 30, Karlie Kloss Is Only Getting Started]

At 30, Karlie Kloss Is Just Getting Started—See What The Supermodel & Tech Innovator Is Working On Next

Amela Smailbegovic, the Queen of the Timeshare Industry, Talks about the Benefits of Having a Vacation Ownership