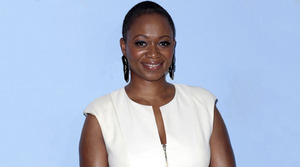 Anna Maltby, formerly associate health editor and books editor at SELF, has been named Word of Mouth editor at Condé Nast Traveler.

Eileen Carty, formerly regional VP of East Coast sales at PopSugar, has been named VP of national ad sales at the company.

Daniel Goldblatt, formerly producer at TMZ, has been named managing editor at Variety.com.

Tommaso Brusó, formerly president and CEO of North and South America at Furla, has been named CEO at Diesel USA.

Chris Martinelli, formerly director of PR for menswear at Calvin Klein, has been named VP of PR at the company.

Rayna Greenberg, formerly account supervisor of the beauty division at Alison Brod Public Relations, has been named beauty director at the company.

Charlotte Ekberg, formerly market week assistant at The Row, has been named account coordinator in the beauty division at Alison Brod Public Relations.

KCD announces its representation of Proenza Schouler in Europe.

Bollare Communications announces its representation of Cool Change and Frederick’s of Hollywood.

Pivotal PR announces its representation of Riviera 31 at Sofitel.

The Collective announces its representation of Lili Radu and Lizzie Mandler.

Which Designer Will Soon Be Seen Rolling In These Wheels?