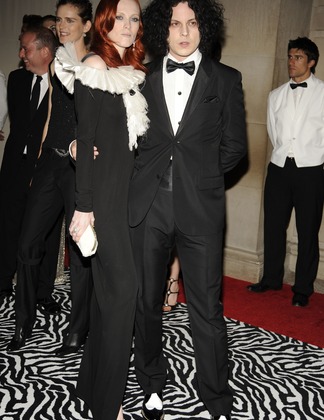 Jack White was served with a restraining order from a Nashville judge last month and ordered to stay away from estranged wife model Karen Elson. According to the affidavit, White has a violent temper and a history of sending harassing emails and text messages. She’s trying to limit his parental rights to their two children because she doesn’t feel he’s a fit parent. There are some bizzaro accusations including White wanting her to contact their kids’ private school in an effort to get their kids out of a class where another entertainer’s child was present. The White Stripes singer thought the other entertainer “ripped off” his music. An August 29th hearing has been set to deal with the dispute over their children. They are currently only allowed to communicate through e-mail. Things have certainly changed since they announced their divorce in 2011 with a party invite and vow to remain dear and trusted friends.

Is Jennifer Aniston Bumping In Burberry?