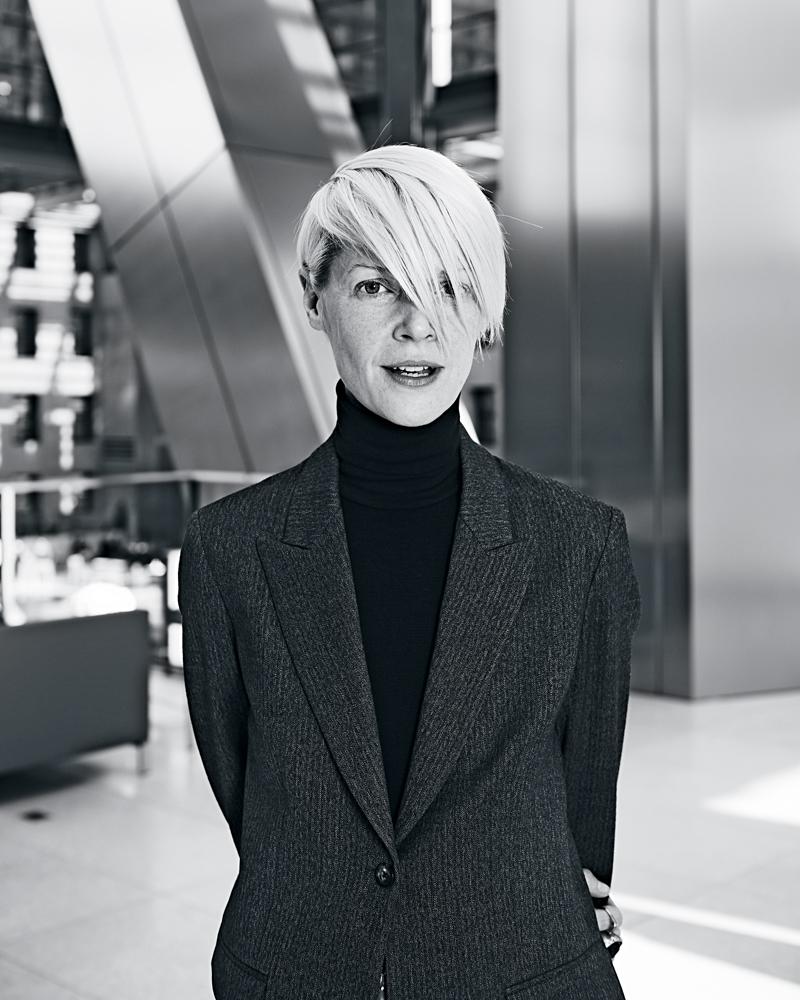 When Elle and T veteran Kate Lanphear became the editor in chief of Maxim in 2015, the fashion world was shocked. But after trying out the top of the masthead, consulting at Google, and dipping her toes into photography, she has returned to Hearst as creative director of Marie Claire. This role, Lanphear finds, suits her perfectly.

Welcome back to women’s magazines! How long has it been?
I’ve lost count! I’ve had really strange moments of déjà vu when I come up the escalator here, especially during the first couple of weeks I was back. It’s kind of like when you visit your junior high school after you’re all grown up. It’s been great! All the stars really aligned. I had had other discussions, but in terms of brand DNA, nothing else really resonated with me in the same way as Marie Claire did. It just spoke to the things I believe in.

And that DNA is…
First and foremost, it’s always been a book that empowers women. It’s kind of like the world we live in has just caught up with it. Everything that we’re doing, whether it’s fashion or tech or anything else, is seen through that lens. We need some joy and fun, but we also need to talk about hard things. All those subjects can coexist here, just as they do in people. This book has never shied away from sharing women’s struggles and victories, and exploring what the world is like for women. I want to be a part of continuing to tell those stories. 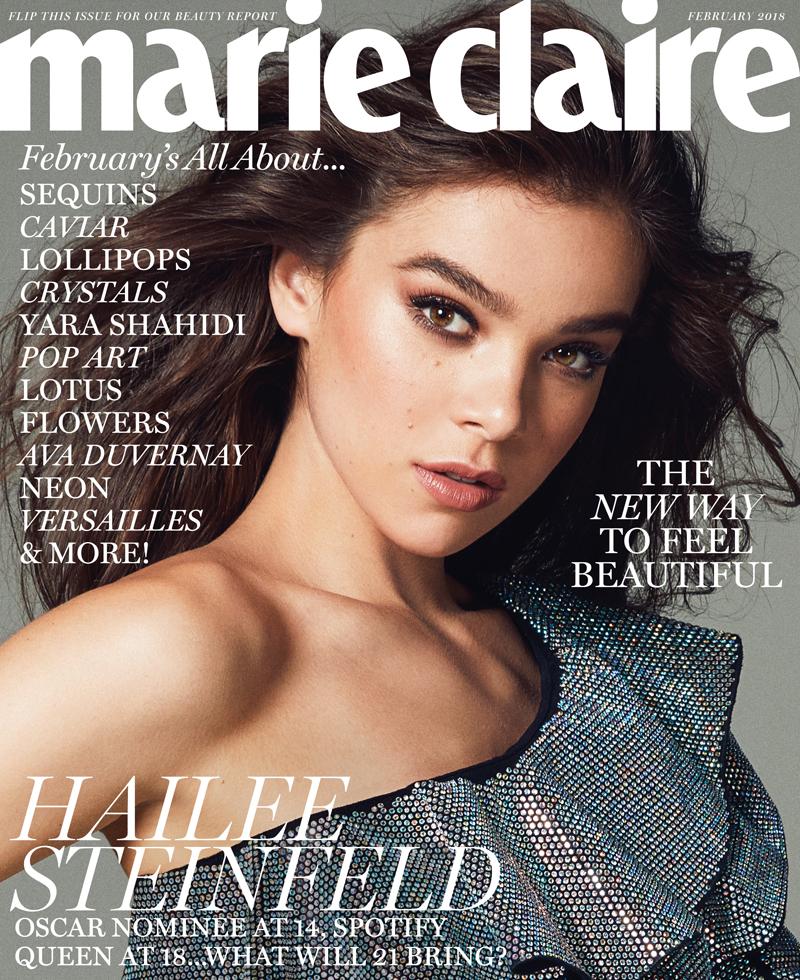 What was your first day at Marie Claire like?
It was trial by fire. My first day was Marie Claire’s annual Power Trip, a conference in San Francisco, and 100 women are flown from New York on a jet piloted by a woman. It was an incredible trip, because I was really immersed in the brand on my very first day. We were announcing it around the time that the plane was landing, and so [editor in chief] Anne [Fulenwider] and [publisher] Nancy [Berger] were the only people on the plane who knew about my appointment. It was the most awkward flight, because I was talking to amazing and powerful women who worked across industries, trying to explain exactly what I was doing without revealing my new role.

How did you manage that?
I said, “I’m in transition.” [Laughs] But once we got to California, I was able to let the cat out of the bag.

Who was the most interesting person you met?
Bozoma [Saint John] from Uber, hands down. It’s a challenging time for that company, and it’s fascinating to see how she is rising to the occasion. She’s such a force. But I was super impressed by this group of women, and it was amazing to see what happens when everyone lets down their guard. I didn’t know anyone in that room beforehand, but suddenly, it felt like we were sisters. We are all just trying to do the best we can, and learning from each other about how we do it.

What were your initial talks with Anne like?
I’m really impressed by her. She’s so open and so real. She’s kind and doesn’t have a guard up, and she’s super smart. Our conversations feel very genuine.

Did you know her prior to those conversations?
I didn’t know her beforehand. We probably had some passing conversations out in the market, but we didn’t really know each other. We have a lot of friends in common, though, which I think is why we were connected. It’s been a real joy getting to know her.

You’ve been a style director, a stylist, a consultant, and an editor in chief. What is it like taking on the role of creative director after touching so many sides of the business?
I’ve finally found my place. I’ve been blessed to do all kinds of things, but I missed creating content and having my fingerprint on something. I’m definitely using all the things that I’ve learned from those different roles, and I certainly have an appreciation for what Anne has on her plate, and the decisions she has to make. I really think about how I can be the best partner to her.

Taking the editor-in-chief role at Maxim was a big risk for you. What did you learn from it?
The insight into the role of an editor in chief was astounding. I grew and learned so much. I probably learned more in that condensed period of time than in all the years before it. It felt good to take a risk.

What was the hardest part about being an EIC?
Being spread so thin. Creating content is only 10 percent of the job. You’re balancing a marketing team, an advertising team, a digital team, digital initiatives, and social media. You’re essentially running a business. You have to be able to keep a handle on all that while keeping the business afloat and keep it pointed in the right direction. I have a whole new appreciation for editors in chief, and certainly the ones I’ve worked for.

What did you do post-Maxim?
All kinds of freelancing and consulting, and then I really got into working on bigger projects with Google. They were trying out great new technology to evolve the search engine during the presidential debates, the Olympics, and other cultural events, and they wanted to see how it would work around Fashion Week. So I was brought on to build it out and get people on board. It’s easy to work with the Oscars or the Olympics, but it’s a very different thing when you have an inundated fashion calendar in multiple cities. The fashion audience is also super engaged, so it’s a really good test market. So we were working on how the technology would respond to the industry, and how we could amend it going forward. But I also worked on the fashion launch of Google’s Art & Culture platform. I’m sure you’ve seen everyone’s art portrait on social media from this arm of Google.

Prior to Maxim, you worked under Nina Garcia at Elle. What is it like stepping into her former role at Marie Claire?
It’s huge! Difficult, obviously, because I have a huge respect for her, and I learned a lot from her in the time that I worked with her at Elle. I want to do a great job, and I have big shoes to fill.

What did you learn from Nina?
Nina is very decisive and is really able to articulate why she makes decisions. I learned a lot about communication. Now, I communicate Anne’s vision to those in my department so that it’s a streamlined, decisive framework, where everyone is armed to make the best decisions.

What is it like seeing her at the helm of your old alma mater?
I’m curious to see. There’s so much exciting change going on right now at media brands. The whole industry is trying to move and pivot and understand what’s next. It’s about how quickly you can affect change with these huge clunky machines or businesses. There’s new energy, but also no one has all the answers, and I think everyone has been paralyzed by fear for a little while, and now there’s a new sense of recklessness that I quite love.

Have you thought about what it’s going to be like back in the social media spotlight?
I have not.… [Laughs] I haven’t gotten that far! I’m just thinking about the March issue! If I thought about it, it would terrify me. Before this, I was going to the shows for Google, but not in the same capacity. Things have changed so much since that stuff started, but you just have to evolve with it.

You don’t have an Instagram. Is there pressure for you to have one now?
[Laughs] Even taking this picture for this feature…I really prefer to be on the other side of the camera, talking to the photographer. The street-style photos of me happened by accident. I was wearing T-shirts and jeans every day, so that was definitely not planned. But the world has changed. I’ve started taking pictures and doing some photography myself, though, so I’m always looking for a creative outlet. Right now, I’m just focusing on the magazine rather than myself. 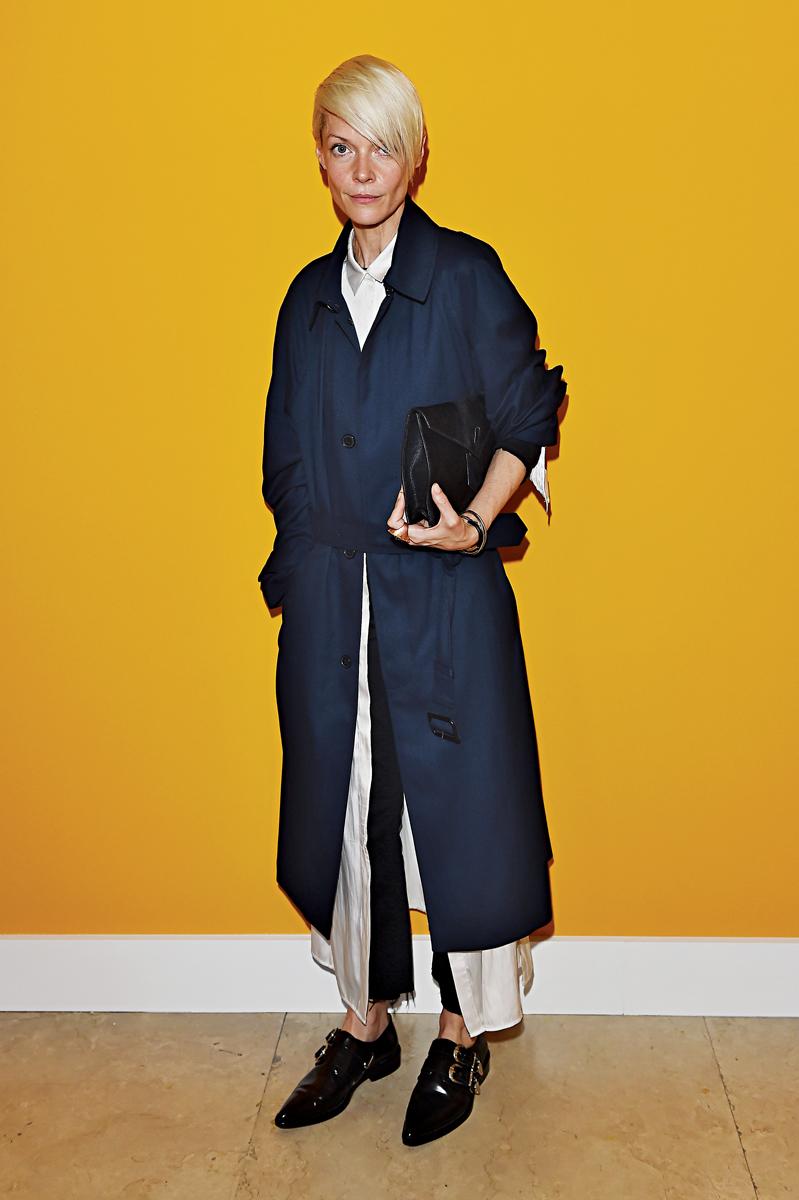 Will we see any of your photography in Marie Claire?
I hope not, for everyone’s sake! [Laughs] It’s just a hobby.

Are you bringing on new photographers?
We have all new photographers. We have Zackery Michael, Sacha Maric, Erik Madigan Heck, and then I found this amazing woman in Amsterdam, Carlijn Jacobs, who shot two stories in our March issue. They’re all fairly new names, which was really important to me. I wanted whomever we were collaborating with creatively to also be part of the process of what we’re building. We’ll land on something, and these people will help shape the vision. I’ve always loved stories that have a narrative, so it was really about who could deliver on that and tell those stories.

What can we expect from some of the well stories?
We have a Couture Shapes story shot by Carlijn, which features ready-to-wear that’s done in overblown couture shapes with hints of sportswear. She also did a beauty story. For that one, I was super wrapped up in old Laura Ashley ads. We also have a great story that Zackery Michael shot in the East Village, and we shot all white clothing in another feature. I wanted the well to feel fresh—like a palate cleanser. I was in the headspace of escapism. Sometimes, you just want to go and live on a farm upstate and check out!

Who’s your new front-row crew?
We just hired J. Errico as our fashion director. J.’s fashion pedigree and his dynamic experience in pop culture are a perfect addition to Marie Claire. And we also hired Julia Gall as our accessories director [from Interview] earlier in the year. She has hit the ground running from day one and has so many ideas and such amazing energy.

Okay, on to the lightening round: Last great movie you saw?
Am I allowed to say Frozen? [Laughs] I also love The Disaster Artist.

Last book you read?
I always read Dostoyevsky. It’s the Catholic girl in me.

Favorite item in your closet?
My Equipment pajamas. I’ve also been known to wear them to the office.

And how many motorcycle jackets do you own?
The entire bottom rail in my closet is all biker jackets. I have a vintage one that I love so much, I’ve had to have the arm fixed by a tailor six times.