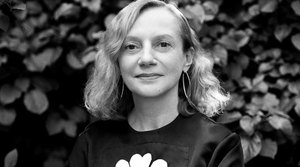 (NEW YORK) Today, Town & Country added to its creative team, with the hire of Milanese stylist Nicoletta Santoro as creative director-at-large. The news comes on the heels of Alex Gonzalez‘s appointment as executive artistic director in September (a second gig for Gonzalez, who also serves as artistic director at Marie Claire). Six months ago, Edward Leida decamped from Town & Country, where he had been design director for two years. Santoro comes from Vogue China where she was the international fashion director-at-large.

“Nicoletta is the rarest kind of stylist, one who creates extraordinary fashion images that connect directly to the cultural zeitgeist—and that is the perfect approach for my vision of Town & Country,” Fielden said in a statement.

Prior to Vogue China, Santoro’s resume includes work for everyone from Italian Vogue and Paris Vogue to Vanity Fair and The New Yorker. She’s worked with the biggest photographers in the biz like Richard Avedon, Peter Lindbergh, Patrick Demarchelier, Annie Leibovitz, Helmut Newton, and Steven Miesel, to name a few. She has also done consulting for brands like Carolina Herrera, Donna Karan, Jil Sander, and Cerruti. Not to mention, she has served as inspiration for designers like Marco Zanini of Rochas, who borrowed a touch of her look for his Fall 2013 runway. Santoro’s appointment is effective immediately.

“I want to not only capture the spirit of [Town & Country’s] storied archives but also look ahead to imagine what America’s preeminent luxury magazine is and can be,” Santoro said in a statement.