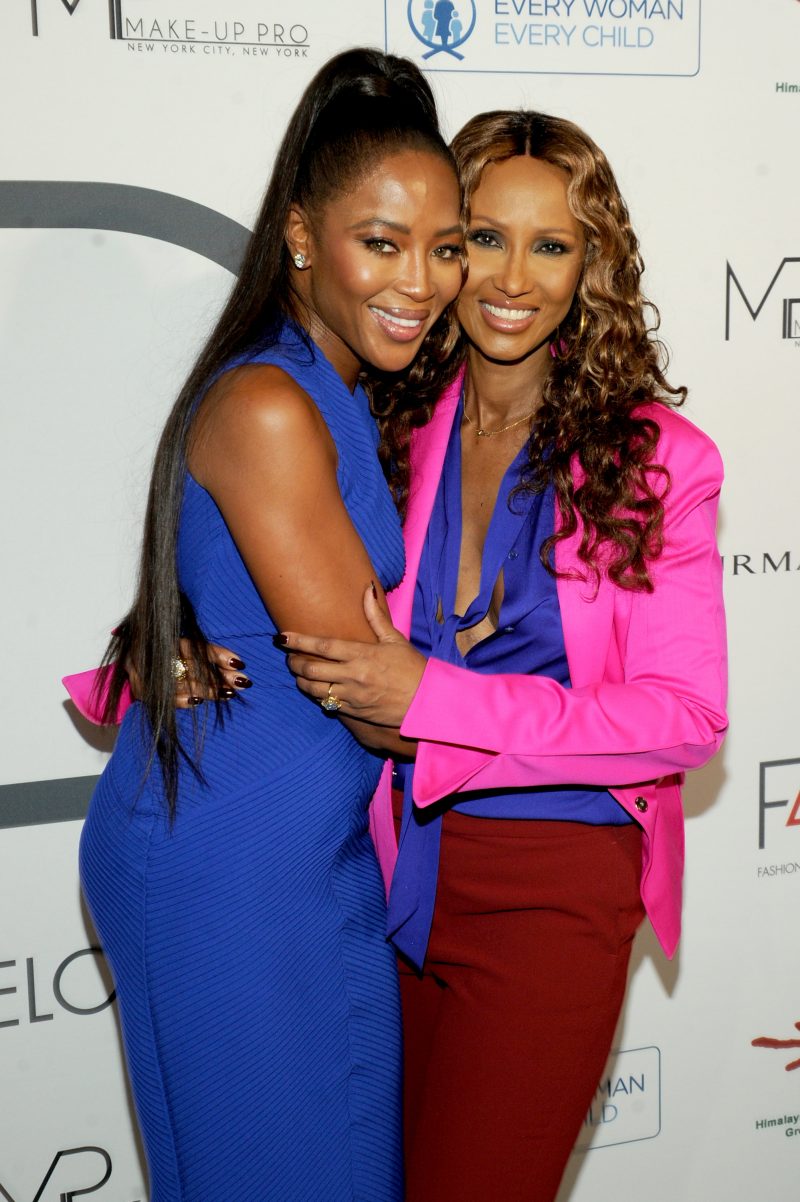 While world leaders gather in NYC during the United Nations General Assembly, you can count on the fashion industry to bring the glamour. Fashion 4 Development hosted its 7th annual First Ladies Luncheon at the Pierre Hotel yesterday, and as always, the organization brought out fashion industry leaders, political influencers, diplomats, and First Ladies from Turkey, Nigeria, Ecuador, Ukraine, Slovenia, St. Lucia, Mali, Zimbabwe, and more, to celebrate progress made in positive social change across continents in support of the UN Sustainable Development Goals. The luncheon paid a special tribute to former Vogue Italia editor-in-chief Franca Sozzani, who served as a goodwill ambassador for F4D from 2011 to 2016. The ceremony opened with a video tribute, followed by a video message from her son Francesco Carrozzini, who expressed his mother’s commitment to and passion for her engagement with F4D, highlighting her work in Africa. In the video, Carrozzini announced the first Franca Sozzani Award, which was received by Dr. Precious Moloi-Motsepe. Following a capsule runway show of African fashion, a personal video message sent from Brazil by Alicia Keys congratulated Dr. Precious for her achievements in fighting for human rights. “Franca isn’t here with me this year, so it’s a bit emotional for me,” said Evie Evangelou, founder of Fashion 4 Development. “In a way, I feel like she’s leaving a legacy for us to put even more power behind it and I’m amassing all these amazing women that are there to support her vision and mission with me. I feel like we’ve planted so many seeds together that this year, Franca’s making them sprout with me from heaven, even though she’s not with me.”

Other major honors at the luncheon went to supermodels Naomi Campbell, who was awarded the Angel Award for efforts through her Fashion For Relief organization, and Iman, who was presented this year’s F4D Award for her work with The Children’s Defense Fund, Action Against Hunger, Dr. Hawa Abdi Foundation, and the Raise Hope For Congo Campaign. “I met Naomi when she was 18, or maybe 17, or maybe even 16,” said Diane Von Furstenberg, who presented Campbell with the award. “I invited her to lunch at The Grill Room of the Four Seasons. I’ll never forget the sudden silence in the room and the faces of all these businessmen when she entered the room as a beautiful long, black swan.”

“Thank you for giving me this award and knowing me for almost 30 years and being a constant friend in my life,” Campbell said. “Whenever I was blue I would come over and sit in your bed and you’d be like, ‘You’ve got to do this, the time is now!’ You’ve always empowered me and have been a guardian angel in my life since I was 16 and came to New York.”

Iman was presented her award via video by her friend Donna Karan. “I thought to myself, Why? [Laughs]” Iman told The Daily on her reaction when she heard she was getting honored. “I don’t think we [Naomi and I] have been awarded at the same event. It’s usually either me or her or me presenting to her, but never at the same time. We were both out of town so I haven’t talked to her about it yet!” Other honorees included Sybil Yurman, who was presented the Women’s Champion Award, and Simone Cipriani, who was awarded the League of Gentleman Award.