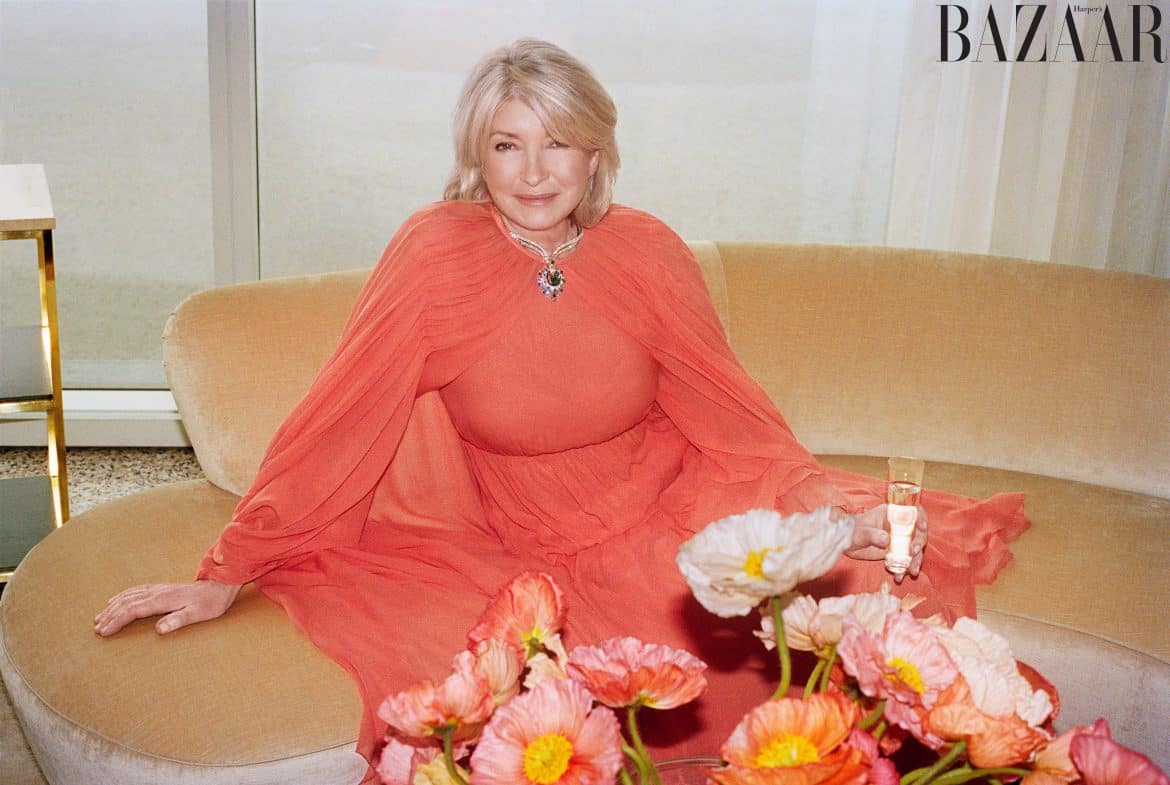 Martha Stewart is making headlines yet again—but this time, it’s not for her CBD line, friendship with Snoop Dogg, or now-iconic pool selfie. Instead, the lifestyle entrepreneur is in the news because of her Harper’s Bazaar editorial. It looks like Megan Thee Stallion isn’t the only “hot girl” in the magazine’s March issue!

Stewart’s sharpness, knack for standout social media moments, and consistent personal brand reinvention have made her an undeniable influencer (after all, she was influencing people with her eponymous brand way before Instagram existed!) With writer Jada Yuan, the 79-year-old dives deep into some of her biggest career moments, as well as her past as a Wall Street stockbroker. 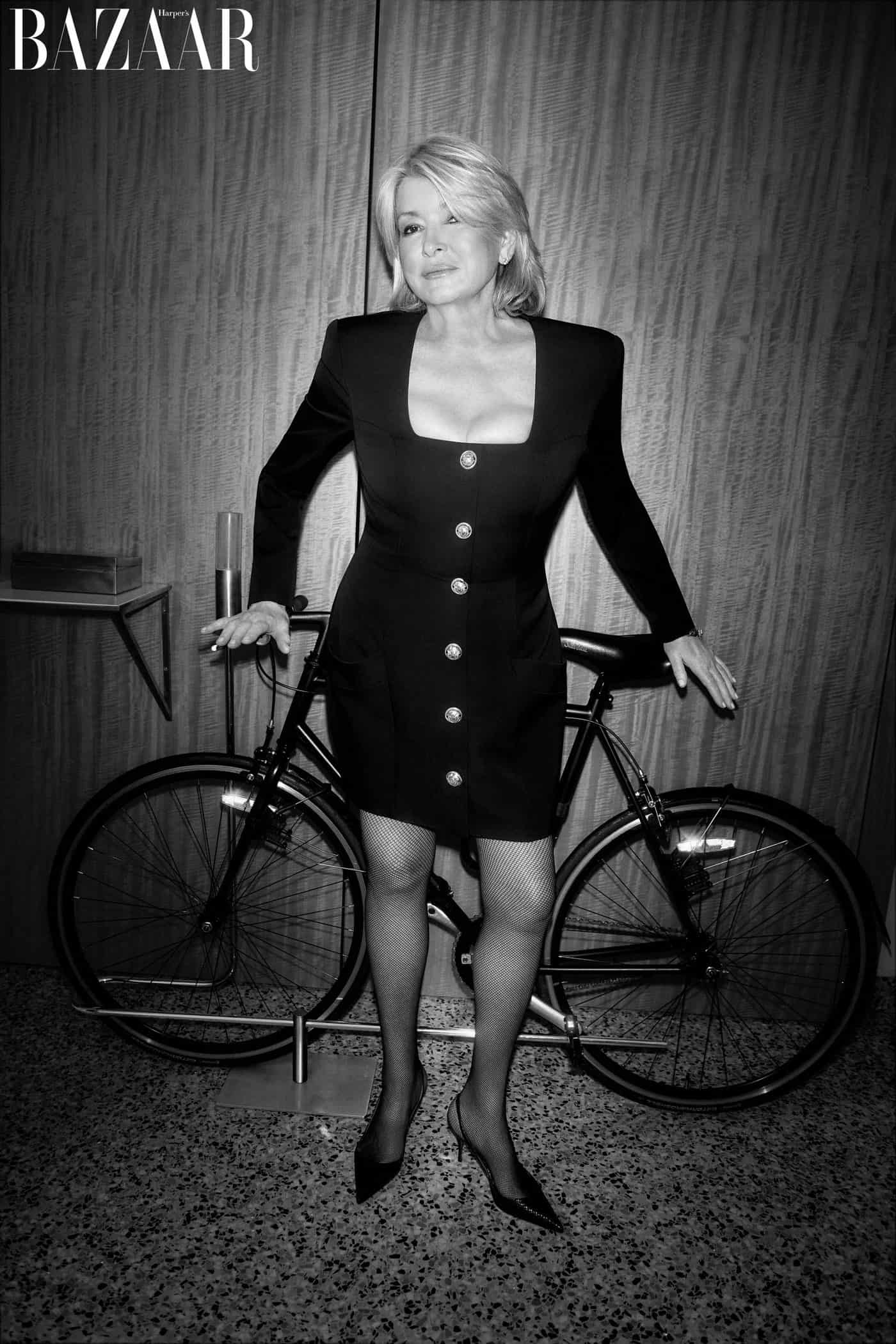 “We were the real thing. You saw the movie Wall Street? I lived it. I mean, every man on Wall Street was trying to get you. Every man was trying to touch you in the cab. We had martinis for lunch…[I] was a modest girl. I did not fuck around, if you want to use that word,” Stewart says, sharing how she’d wear multiple pairs of hot pants paired with sweaters and an alligator belt to work. “And I looked great in them,”  she says. We have no doubt!

Stewart also reflects on darker moments, like her experience of being incarcerated in 2004—which she takes “very seriously.” Yet, her biggest regret (that she can disclose) is not being able to host SNL while on probation. “My probation officer wouldn’t give me the time. That really pissed me off, because I would have loved to have hosted ‘Saturday Night Live.’ I’d like that on my résumé,” she tells Yuan. 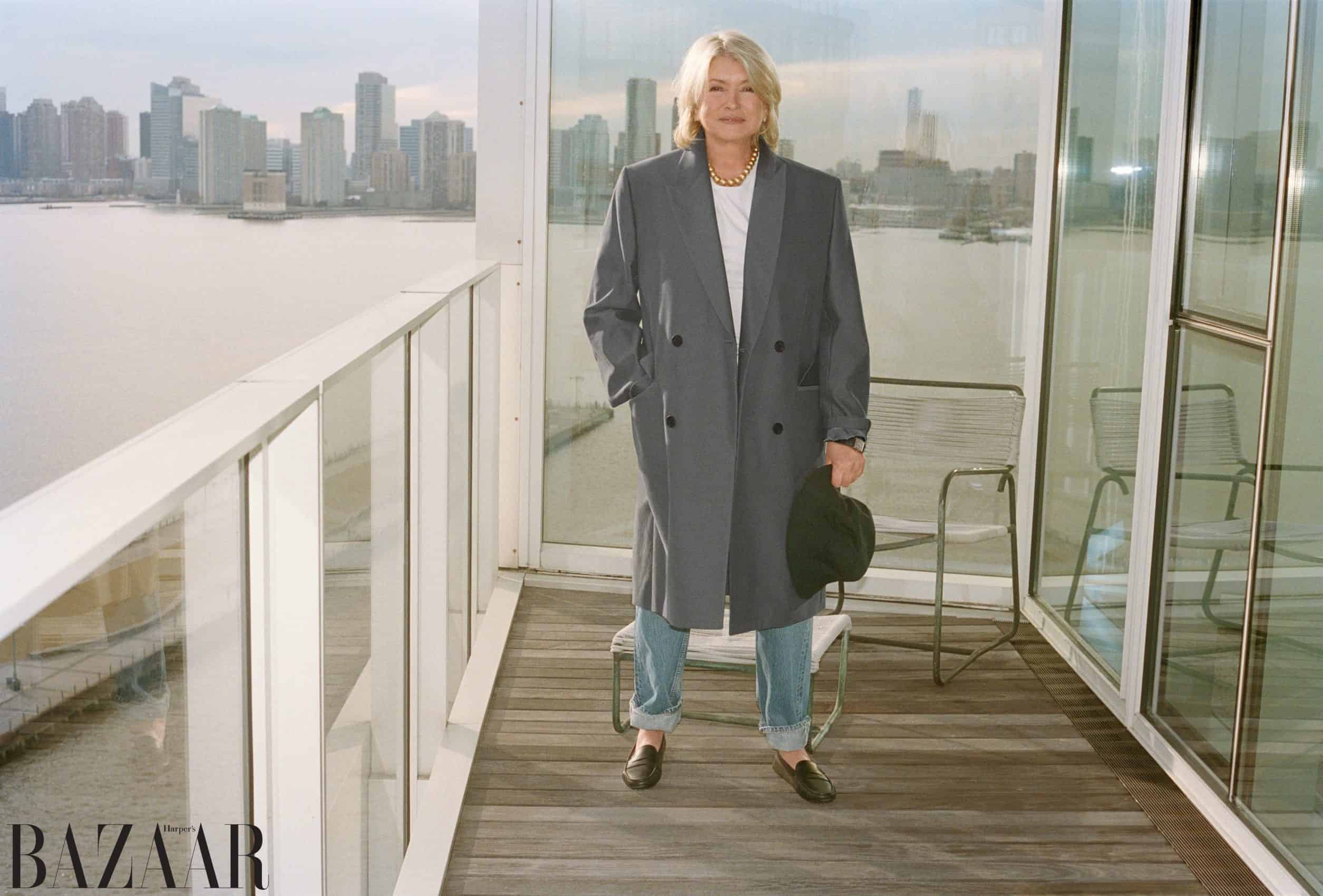 In addition to her advice for being a successful businesswoman—“The CEO should be available to everybody at all times, if possible”—Stewart shares her most important life advice with Bazaar. “If you can get some life lessons out of what I’ve done or what I think I’ve done, that would be great…I’ve said it so many times, but take your life into your own hands. Don’t let other people direct you. Know what you want. I really believe in that,” she says.

And as for her bombshell poolside pic that made headlines last summer? “I thought I looked nice, so I just snapped the picture.” 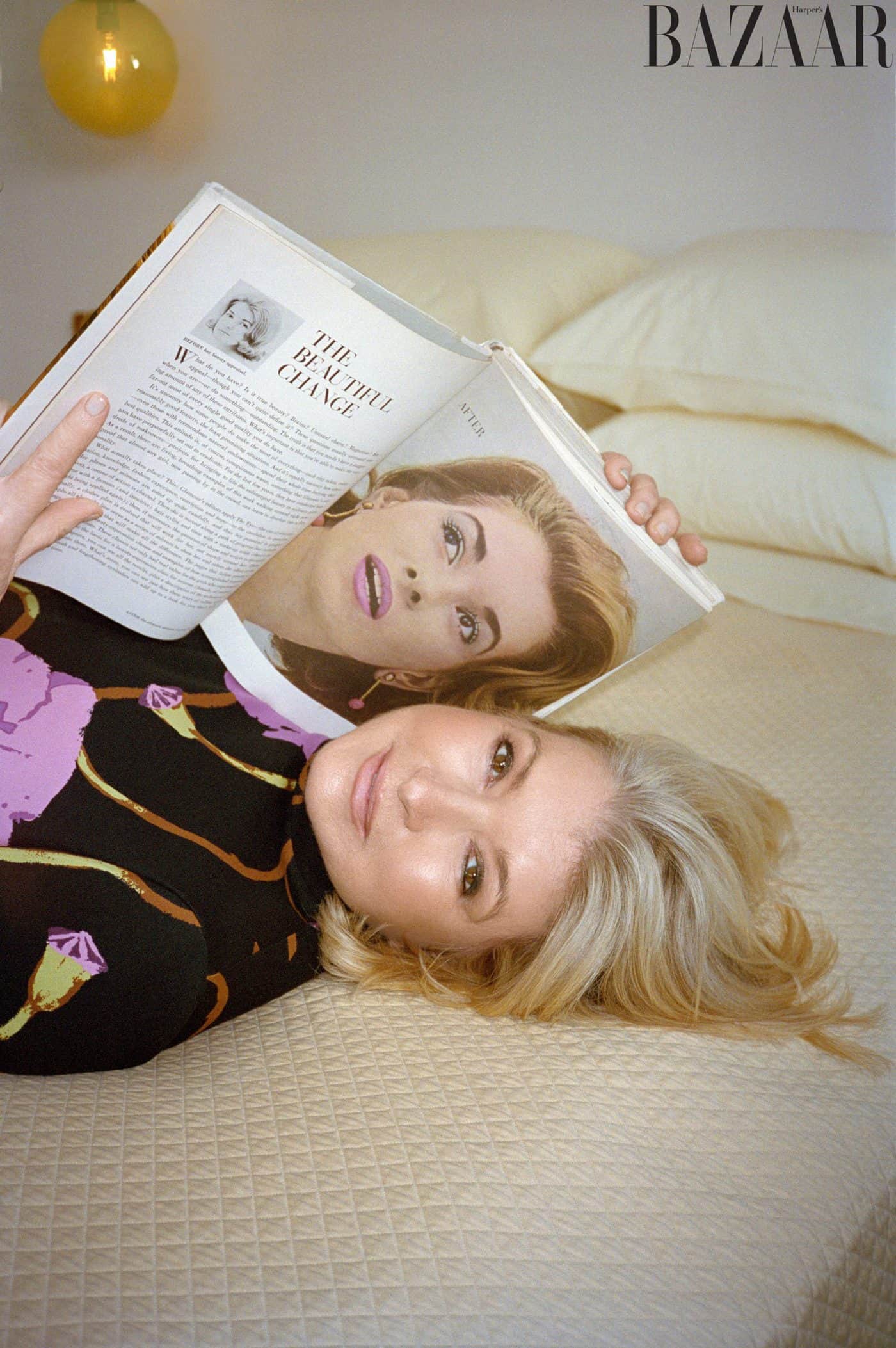 Stewart’s taken the opportunity to share her day of shooting with Bazaar on social media, treating fans to shots where she reviews pics with photographer Cass Bird or shows a table of shoe options. In one image, she poses with a photo of herself from the early ’60s in a Glamour book on beauty. “Today, sixty years later I don’t look too bad!! Still can wear @gucci gowns!! And my favorite @manoloblahnik shoes!” she said on Instagram.

It’s refreshing to see a celeb revel in the glamour and excitement of a high fashion shoot, and Stewart is quick to give credit where it’s due. “You did a phenomenal job !! I don’t look half bad! And that Balmain dress,” she commented under Samira Nasr’s post. (The editor in chief also styled the shoot!) Oh yes, speaking of that Balmain dress, it’s one of the photos that has been especially causing fanfare on social media, alongside ones with Stewart in outfits by Gucci, Fear Of God, and Giambattista Valli.

Social media reactions—which you can see more of below!—are applauding Stewart for her beauty and “baddie” nature. Naturally, we agree.

i will NEVER get over these Martha Stewart pics. EVER. might be my new screensaver.

Martha Stewart in this Balmain dress is like my favorite thing today. I can’t. An OG

Martha Stewart destroy me with your bike https://t.co/Zq0aVBlVX7

i was not mentally, physically, or emotionally prepared to see these photos of martha stewart today pic.twitter.com/F7ukWfLQ0H

Made In Italy Fashion Is Thriving! Here’s How The ITA Is Helping Italian Designers

Bonjour Ladies! does anyone speak French? I took my poodle for a Walk she barked and did not like the Talk, After all her great-grandmother was Jackie Sussans Josephine, she barked cant anyone speak clean! “I’m just a poodle but you sound obscene!

I decided to give my Lady MD doctors a subscription for Christmas to Harpers Bazaar, the girls in the office and the other patients will enjoy this, I know my High fashion choice of Dr. Jackie and Dr.Melissa will be so happy to have Harpers Bazaar all year. “oh can’t forget my dentist Dr. Lina

Has anyone seen Glamour Girl Cornelia Guest’s new Photos? What a Peach! Classic charm and beauty

For your eyes only! that’s Fashion Islands Island Optometry with Sunny and the Elegant Savanah the best O.D. gals on the Island, their astute Binoculars keep watch on Google, Goggle, Great changes in Lady’s eyewear So you see people just make you Scene !. come in for that close-up..now your perfect! Set your sails for Fashion Island Newport Beach California

Once a woman wished!” Just to be young again! Romance, wonderful clothes, an adventure! The GENI appeared , ” Here is you wish ! Right now Look at Harpers Bazaar for your Dream. far away lands and new friends things to see and read. Colors and faces that change with the sun and moon, It is all yours open Sesame! and behold your Adventure.

A mysterious woman at the Paris Cafe said ” I want to be young again” A young french girl motioned to The Harpers Bazaar with excitement ” read this, and that, look at the girl with the hat, Lovely isn’t it? the Mystery