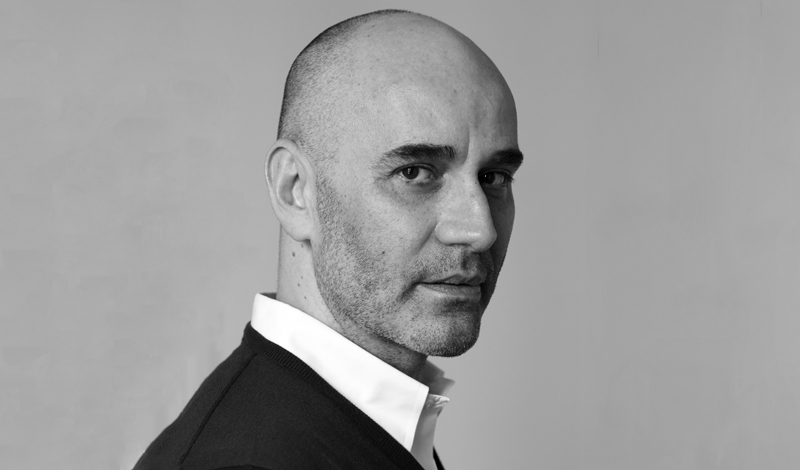 Since 2004, Fabrizio Viti has been overseeing the chaussures at Louis Vuitton, which have become beloved by the chicest women around the world. Now, Viti has also launched an eponymous collection of feminine, whimsical footwear. No wonder the front-row fixtures are swooning!

How did you end up in shoes?
I attended an art school in my hometown of Carrara, Italy. Carrara is the city of marbles, so I studied sculpture. Because shoes are like objects, in terms of how you can work with them, I also attended the Istituto Marangoni. After that, I went into clothing, but it was boring for me, because I don’t have a strong sense of fabric. Then I started working on accessories. At the time, there was a big demand for shoe designers. It was my moment! I started working with Patrick Cox, and from there I moved to Gucci—which was my first time working with a big brand—and then to Prada and then to Louis Vuitton in 2004, where I still am. I used to say to myself that I’d never leave Prada, but then I met Marc Jacobs! All these years later, I’m still at Vuitton.

What is your relationship like with Marc?
Marc’s an interesting person—he has a vision in his head that isn’t always very clear, so you have to follow him in his scheme of thoughts. That was a challenge, but what we do at Vuitton today is because of how Marc pushed the limits. He’s a fantastic person. I loved to work with him, and I admire his aesthetic and the way he brought it to Louis Vuitton.

Why did you decide to launch your own line?
It wasn’t planned with some marketing strategy. I’m very happy working with Nicolas Ghesquière. There’s great harmony within the team and the brand. But there were a lot of things that just made me think this was the right moment to start my own line, and it was simple. I started out designing a pair of boots with daisies on them, made a sample, and then found a factory. I never sit down and overthink what I should and shouldn’t do. I just do it. Sometimes I pay the price [Laughs], but in this case it’s working out very well.

How do you describe your design aesthetic?
It starts as a fantasy, but it always has a sense of reality, although I’m not saying it’s realistic to ride the subway at 8 a.m. with daisy boots on. [Laughs] For Fabrizio Viti, I design exactly what I like, which makes it personal. I’m inspired by the women around me.

You have a lot of American influences in your designs.
Basically everything is really inspired by America, and there are some French movies in there, too. I have very few Italian influences because I was raised by a mother who really worshipped actresses like Mary Tyler Moore and Marilyn Monroe. My favorite shows were Bewitched and especially Charlie’s Angels. I watch an episode from Season 4 almost every day!

What’s the story with your doll collection?
I started to play with dolls when I was 3 years old, when my cousin brought me the first Barbie. I was traumatized and shocked by her beauty. She developed a strong personality through the years, but at the time, she was more like an object that you could use to express your own creativity. I loved having this beautiful blonde bombshell with me all the time. I started becoming a hoarder in the 1990s and collected Barbies from the ’60s and the ’70s, which were expensive. From that point on, I began collecting more than just Barbies—I also love the Korean/Japanese dolls. Now, I collect these weird Russian dolls that are very well made. I have about 800 dolls. Many are in my doll room, a few are in my bedroom, and I also have tons in boxes. It’s not what you think [Laughs]—it’s not scary!

Is your shoe collection as extravagant?
I own maybe 15 pairs of the same loafers.

Catching up with Ariel Foxman!