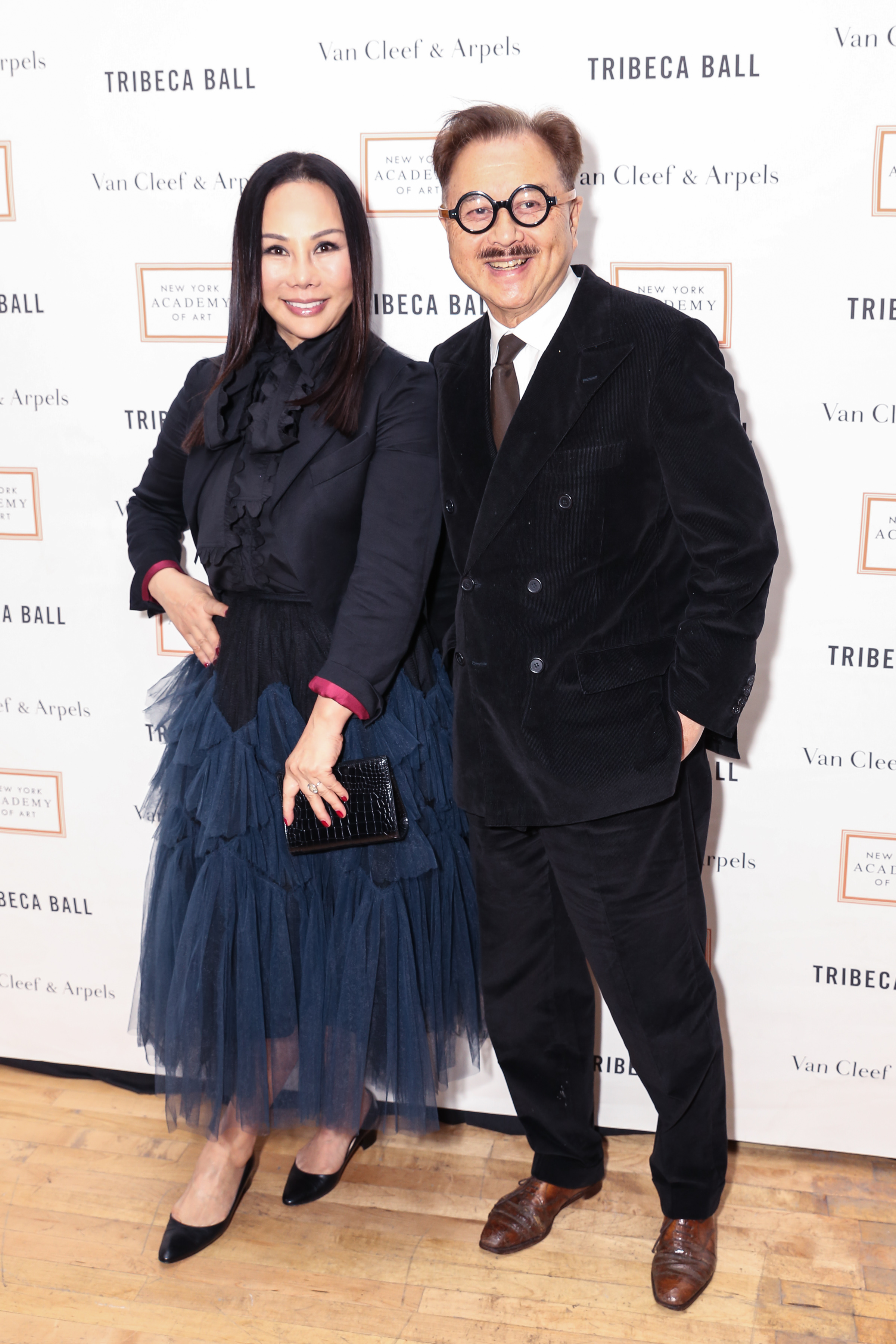 Last night, Eva and Michael Chow were honored by art and fashion types at the 21st annual Tribeca Ball at the New York Academy of Art, presented by Van Cleef & Arpels. Held at the academy, the fête was a who’s who from both scenes: Stefano Tonchi, Gabby Karan de Felice, Linda Fargo, Marina Abramovic, Swizz Beatz, Naomi Watts, Inez Van Lamsweerde & Vinoodh Matadin, Dustin Yellin, Derek Blasberg, Will Cotton, Tali Lennox, Misha Nonoo, Brooke Shields, and Vera Wang were just a fraction of the 900-plus guests who came out to celebrate despite the less than springlike weather in NYC.

Guests walked the six floors of open art studios, interactive installations, live drawing presentations, musical performances, and even on site oyster shucking. The theme was “To the Far Horizon,” and the sea-faring décor was inspired by Van Cleef & Arpels’ jewelry collections. “Being associated with the academy has made sense since the beginning,” said Alain Bernard, CEO of the Americas at Van Cleef & Arpels. “For us it’s not only a fun and glamorous event, but it’s meaningful because we are celebrating, supporting, and we are with the artists.”

Also on tap was the one-night-only exhibit “Funny Stuff” of humorous artworks from alumni, faculty, and students. After the cocktail reception and the aquatic-themed dinner from Sant Ambroeus, guests partied the night away to the beats of DJs Gillian Sagansky and Leslie Kirchoff.

Walking the exhibition, it was apparent that everyone shared a deep appreciation for the Chow’s ongoing patronage of the arts. “They can tell so many stories and they travel so many worlds, physically and mentally,” Tonchi told us. “Michael is a great example of somebody who has done so many things but is back where he started, as an artist. It’s really beautiful, all the many lives he’s lived, being the head of Mr Chow and the people that pass through that restaurant, and what he learned collecting and working with so many different artists. And Eva has become a really important mover in the social scene in L.A. She’s behind LACMA, and hosts so many art and film parties.”

Eva is a talented artist as well, and got her start as a painter at 11 years old, she told us. “I was a child prodigy of two of the most important painters in Korea,” she said. “Since I was young, if I have something, a pencil or whatever, in my hand, I was drawing and painting before I could read or write. It’s part of me. Doing it and viewing it, living with it or looking for it all the time.”

During the ceremony, the Chows were presented with portraits created by one of the academy’s graduates, Guno Park. During his acceptance speech, Mr. Chow announced the creation of the Eva & Michael Chow Scholarship.

Along with celebrating the couple, guests were also on the lookout for new additions to their collections. “We’re going to shop now!” said Karan de Felice, whose restaurant Tutto Il Giorgno sits across the street from the academy. “My mom has taught me about being a part of the community. And in this academy, there’s so much talent.”