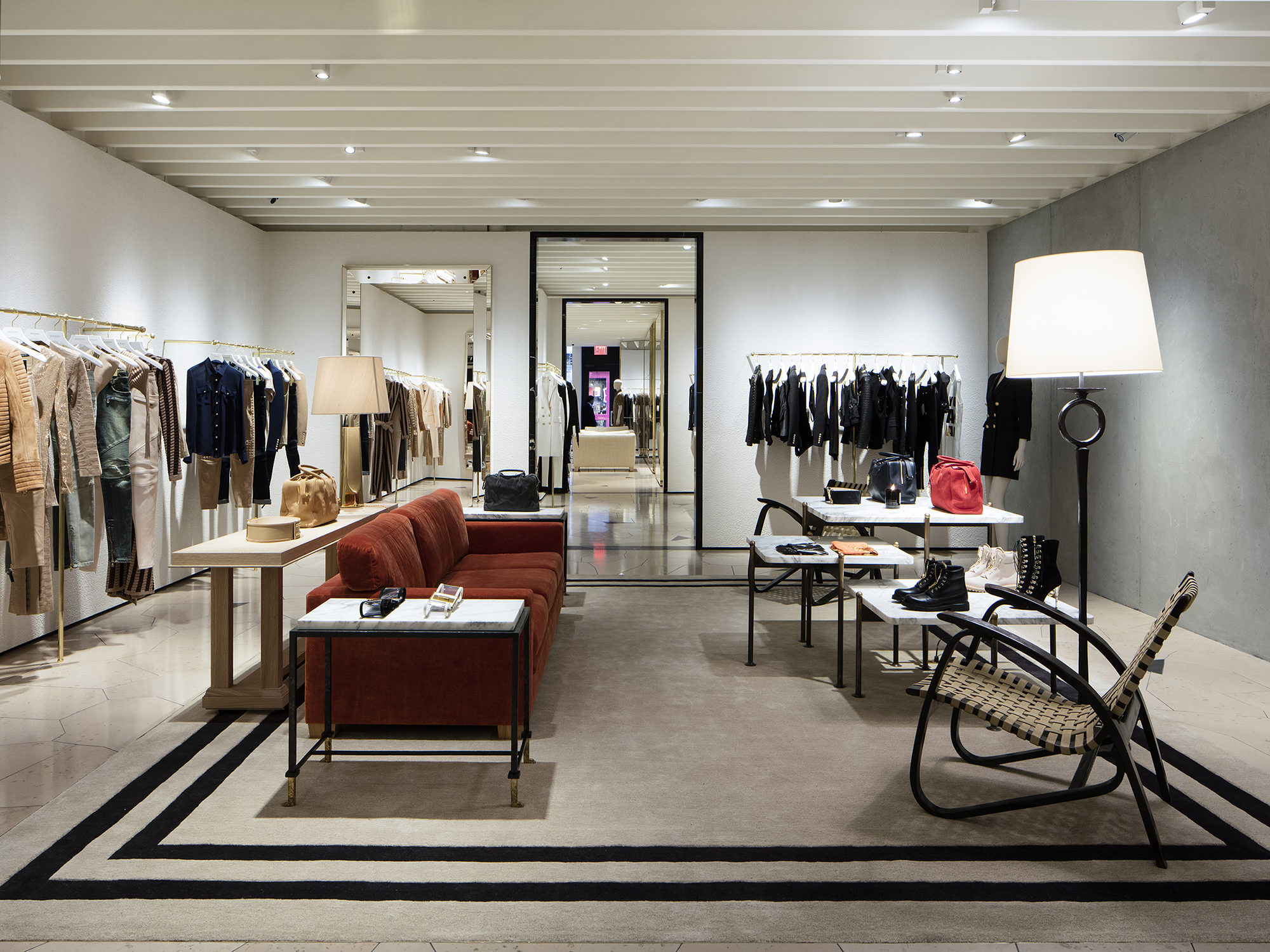 Balmain has finally opened its first flagship stateside in New York City’s Soho neighborhood. It’s hard to believe that the Parisian luxury house doesn’t have a store yet in the states being that its most visible client, Kim Kardashian, is a modern American cultural phenom. Better late than never!

The new 2,150-square-foot boutique is located at 100 Wooster Street and will be selling men’s, women’s, and accessories. This summer Balmain Kids will be available as well. “It had to be Soho,” said creative director Olivier Rousteing in a press statement. “Anyone who knows me knows that I find America incredibly inspiring. I admire its uniquely open spirit, mix of people and impressive culture—and New York is all of that, multiplied by a thousand! I fell in love with the city the first time I visited, and ever since, I try to see as much as possible each time I’m there—but what intrigues me is that amazing mix of energy, creativity, and beauty that you find in downtown Manhattan.”

The new space was designed by Olivier Marty and Karl Fournier of Studio KO, who took inspiration from Villa Balmain, the mid-century vacation home on the Italian island of Elba that served as Mr. Balmain’s retreat. “For us, this project was much more architectural and residential than decorative and retail,” said Marty. “I like to think that the space that we have created could actually serve as the interior of a modern house perched on a Mediterranean cliff.” A party will be held post-Met Gala on May 2 to celebrate the new store opening. We imagine it will be quite the guest list.