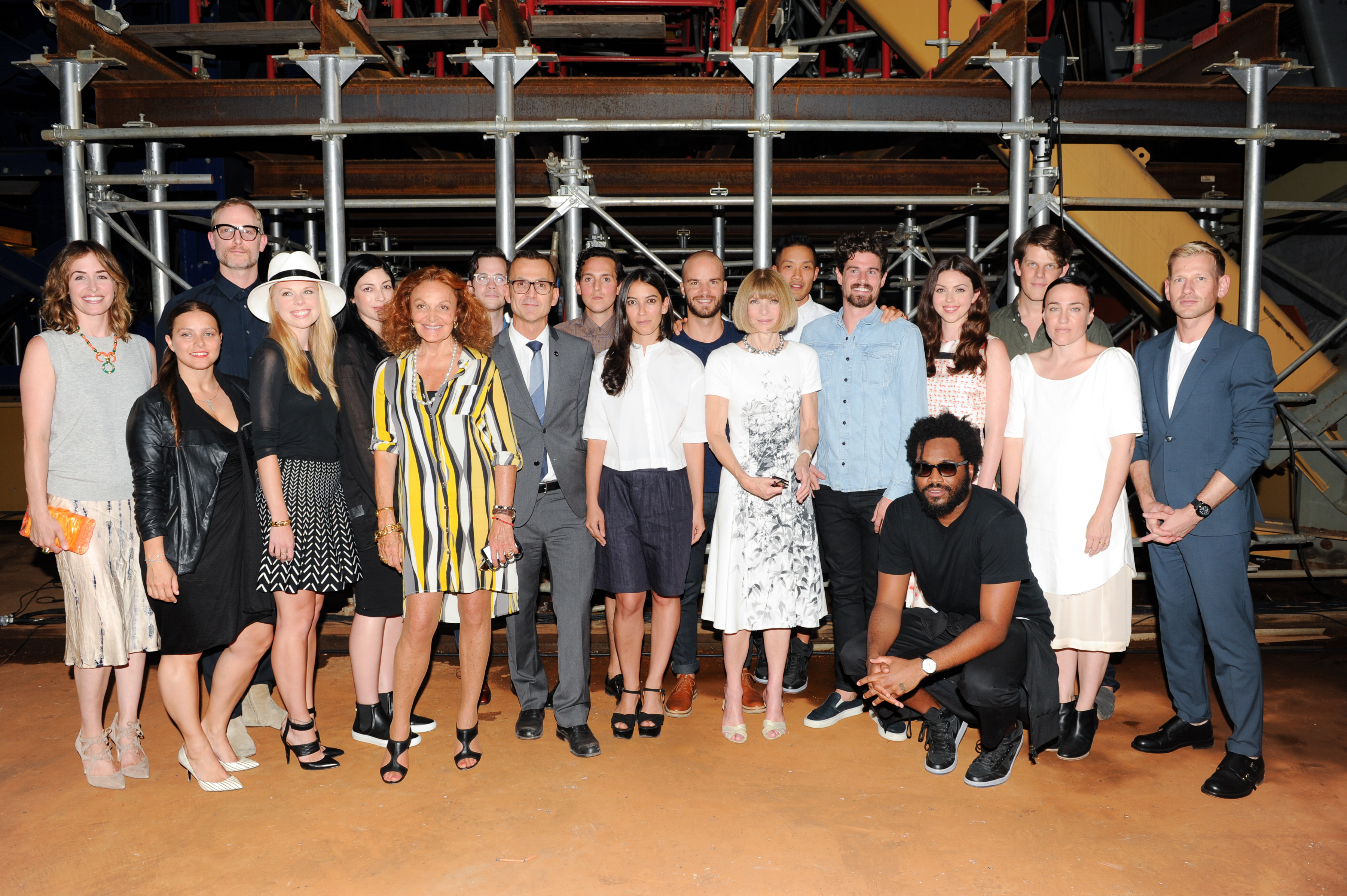 Last night downtown at the still-under-construction Oculus, the CFDA/Vogue Fashion Fund, along with Westfield World Trade Center, announced their latest group of finalists to enter the competition which eventually awards the winner $300,000. The 10 finalists this year are Tanya Taylor, Wes Gordon, Paul Andrew, Orley’s Matt Orley, Gigi Burris of Gigi Burris Millinery, Brett Heyman of Edie Parker, Natalie Levy and Grant Krajecki of Grey Ant, Ryan Roche, Daniel Corrigan and Jake Sargent of Simon Miller, and Eva Zuckerman of Eva Fehren. Once again, Ovation TV will film the process for The Fashion Fund with the designers once again participating in a fashion show at the Chateau Marmont, and a design challenge will be underwritten by Maybelline New York. Finalist Wes Gordon told us how he heard the news from CFDA CEO Steven Kolb: “He called and they were filming me while I was on the phone with him, which is a scary thing. He tricked me a bit and said, ‘Wes, I usually call with good news, but…’ and then he told me the good news.” Any tears of happiness shed?  “I’m not really a crier, but I was very excited. I was fully prepared to not be one of the ten.” Gordon got to celebrate the news with an early birthday party at Horchata, which took place later last night.)

The selection committee consists of Diane von Furstenberg, Anna Wintour, Ken Downing, Andrew Rosen, Kolb, Jenna Lyons, Jeffrey Kalinsky, Mark Holgate, David Neville, Marcus Wainwright, and Reed Krakoff, who were all in attendance. After the announcements, Krakoff told us what it was like to have the show filmed, and discussed his prospects as a reality star. “I don’t think I have to worry about adding that to my resume just yet.” As for the difficulty in coming up with the list? “It’s hard, but it’s exciting because every year it’s a new group of people and mix. What’s nice is that over the years all the judges have gotten to know each other. Every season there’s a healthy conversation about the group.”

The buzz of the evening was the venue, Oculus, aka the upcoming retail space housed on the World Trade Center’s premises. “It’s unbelievable! It’s madness!” Kate Spade’s Deborah Lloyd commented about the venue, which opens in 2015. She also reveled in the value of the Fashion Fund program, saying, “It’s so important. It gives them a lift, as well as the confidence and support of the entire industry. It’s hard as a young designer, and [the Fashion Fund] gives them a family.” The winner and two runners-up will be revealed at a dinner on Nov. 3.
EDDIE ROCHE