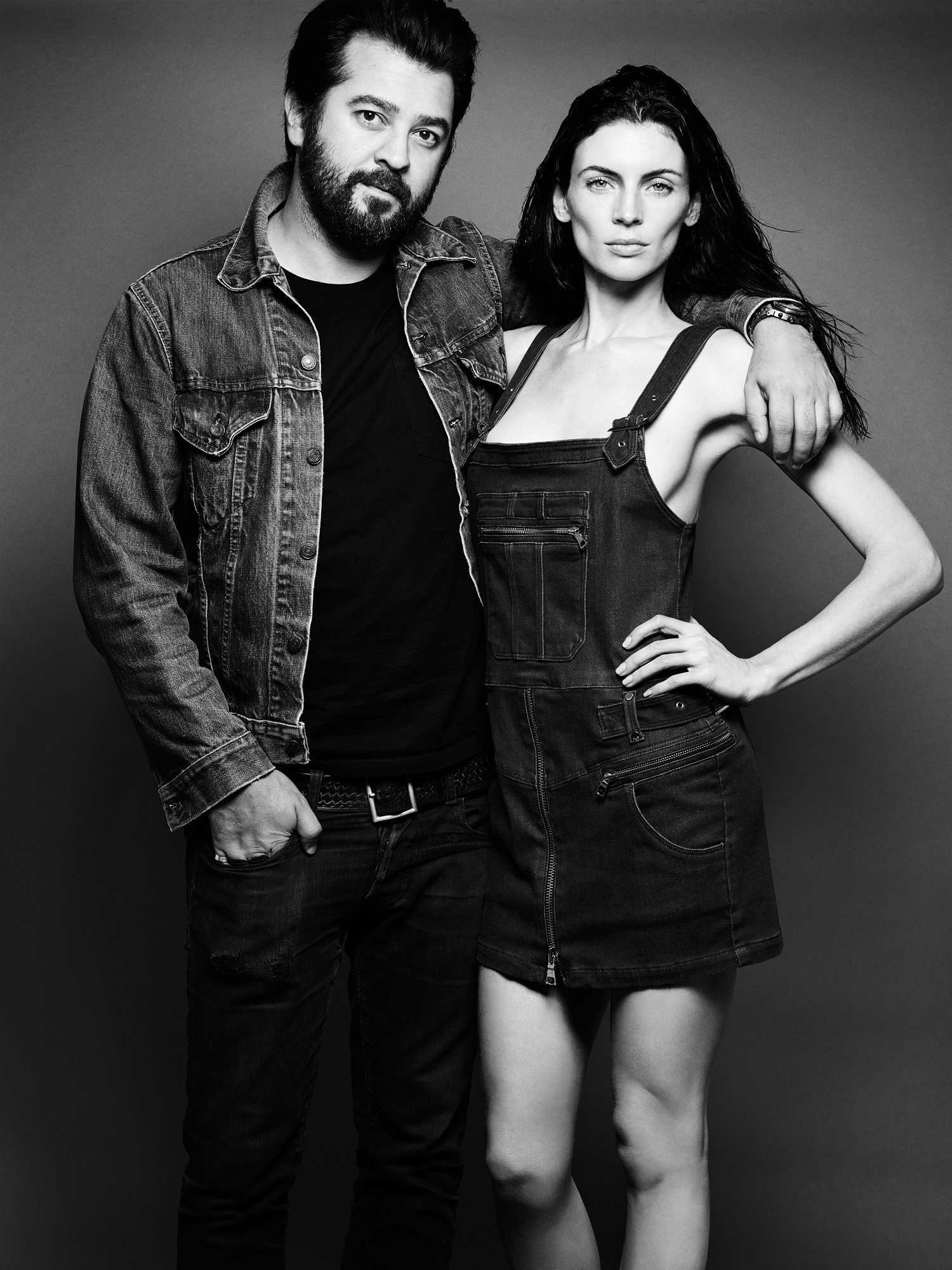 Just this morning we got a first look at Liberty Ross‘ latest project in a hushed suite at the Nomad Hotel: a collaboration with Genetic founder Ali Fatourechi. While a model in a disco-inspired getup traipsed around, the new duo talked all things denim in celebration of their latest project, which pulled inspiration from Ross’ two favorite places: Los Angeles and London. The six-piece Fall collection features a bit of glitz, with gold detailing, and a touch of grunge, courtesy of a touch of plaid. Care to slip into a pair?

How did the collab come about?
Ali Fatourechi: We met at a mutual friend’s dinner party, and it wasn’t until the next day that our friend introduced us via email. She knew that we were both interested in fashion and design, so she thought we should keep talking. And Liberty’s response to the email was “Is this Ali from Genetic Jeans?”
Liberty Ross: I didn’t put two and two together when I met him, but once I got the email I realized Ali was the guy that makes my favorite jeans.

Liberty, how involved were you in the design process?
Liberty: Ali was amazing and he really let me go out on my own. Initially, I was expecting him to tell me more about what to do, but he was incredible and was like “If you want to do this, you have to get a real feel for what it is.” It was daunting at first, but I just honed in on the idea.

What’s the most memorable pair of jeans you own?
Liberty: I still own the pair of cutoff shorts that I wore on the cover of The Face with Kate Moss. I still have them and I wear them all the time; they’re definitely a favorite!
Ali: A pair I bought at 13 in a store called Formula Uno on Melrose Avenue in L.A., from a guy named Kazoo. It was a pair of vintage Levi’s. They were the jeans I had wanted for so long.

Do you still wear them?
Ali: I wish I could! I have a rack in the office from my design team that of all the Levi’s I’ve ever had, for inspiration purposes.

What’s the one jean style you probably won’t wear?
Liberty: For me personally, I’m not a big fan of bell bottoms. Although, I am really open to anything else!
Ali: And I’ll never wear skinny jeans.