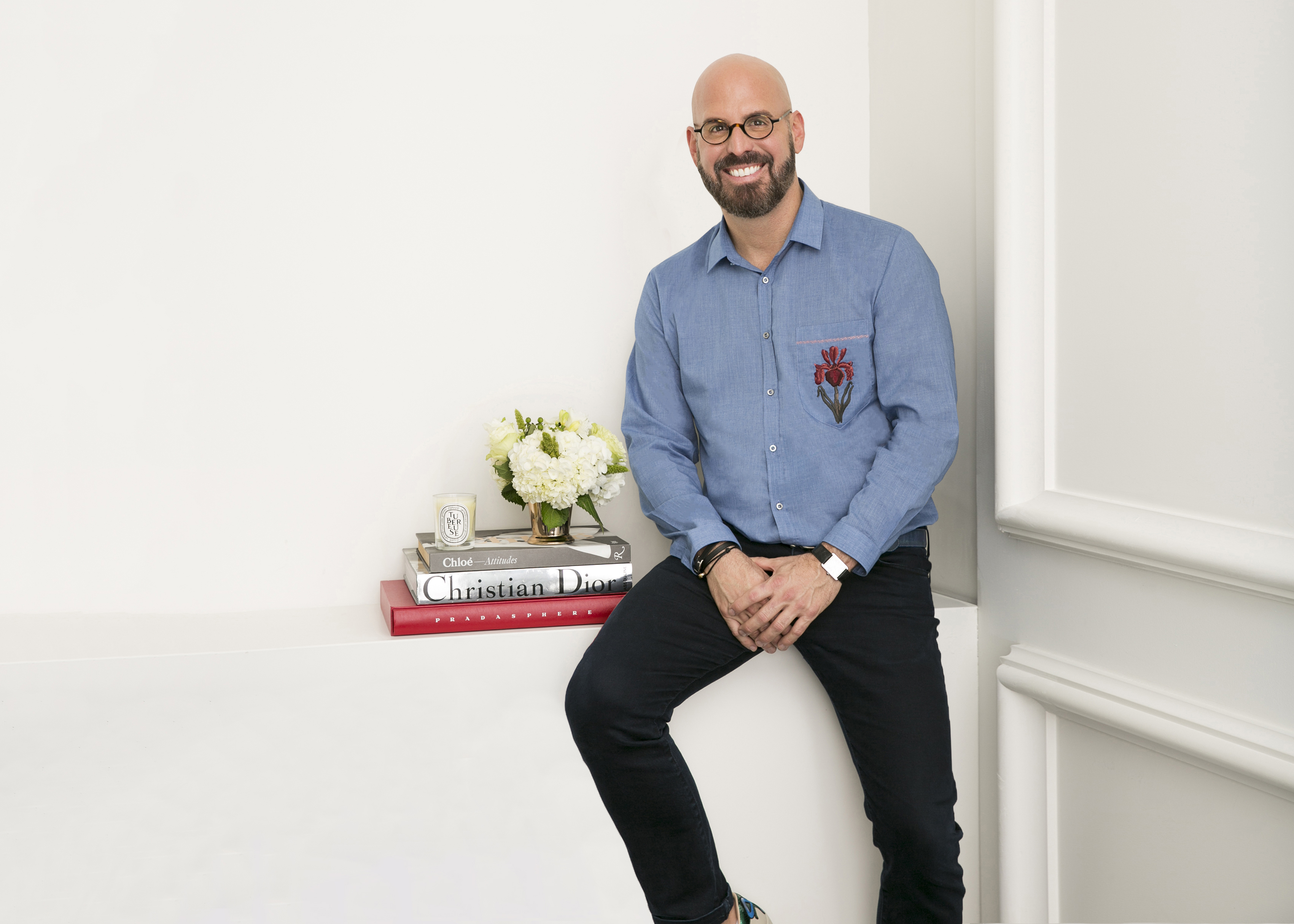 The Outnet‘s EVP of sales, marketing, and creative, Andres Sosa has been at the brand for almost four years. He joined as the director of sales and marketing in 2013 and was named co-president in November of 2015. He’s the man behind The Outnet’s growing global business and SoCal sisters Sara and Erin Foster’s hilarious NYFW takeover with The Outnet and The Daily for the #PrettyInfluential series. On a brief stopover in New York (he will travel to five countries by April), we caught up with Sosa to find out how he juggles his busy schedule, his global role, and The Outnet’s fashion-obsessed clientele.

What brought you to The Outnet?
I hadn’t done e-commerce before. I had always been in charge of digital, and I had always done global when I came to retail. It was a big thing for me. It was a dream role because it was not only marketing, but it was also PR. It had a great global arena because our key markets, in no order, are the U.K., the U.S., France, Germany, Australia, China,  the Middle East, Singapore, and Hong Kong. And, hey, being a part of Net-A-Porter is incredible, so it was the ideal job for me.

What was the learning curve like?
We know where a customer came from, what she’s putting into her cart, what she’s not, what’s in the wish list, what she’s abandoning, how she’s paid, and what time of day she’s on the site. One of the things that was really important was to try to get the team away from data paralysis—we can spend months doing deep dives into specifics. Some of the data points are actually telling you what’s important, but on the other hand, with all this data, we tend to think how different the markets are, but there are actually a lot of commonalities. We need to make sure what we create can be localized, but it’s also about talking to our customer wherever she might be.

What are the biggest brands for The Outnet?
It varies depending on the market. For example, the U.S. tends to be very designer-led, and Alexander Wang, Isabel Marant, Iris & Ink, Rag & Bone, Stella McCartney, Emilio Pucci, Oscar de la Renta, and more are some of the top-selling brands. We’ve seen growth in our contemporary brands. We started with our own brand, Iris & Ink, which was about filling the gaps that we found our styling team had at our warehouse while doing shoots for the customers. It has gathered a lot of momentum.

How have you seen the business change since you first came on board?
When I first started, Hong Kong wasn’t a key market for us. We also really didn’t focus on the Middle East. Australia is also one that changes because it is so dependent on the exchange rate. It has been about identifying the markets. All of a sudden we’ve seen an organic growth in places like Hong Kong. I think our customer is getting savvier. When we first launched, we thought our customer was going to be young, someone who couldn’t afford luxury at full price and had to shop discount. The branding was pink and had bubbles on the site…it was just completely wrong. Very quickly, we realized that the customer wasn’t that young, she has decided when to buy full price and when to buy off-season. She doesn’t come to us just because we are discounted. She comes to us because she may have missed the first round of runway items. Our customer expects the level of service as if she were purchasing full price. The other thing that has changed was we were offering about 250 brands, and now we have up to 350, and brands like Tom Ford. It’s about getting the right brands . We had a lot of products coming directly from Net-A-Porter, and nowadays only 7 percent of our stock comes from them, and the rest is from the brands.

Why is that?
We’ve grown as a business and had to find inventory to support the demand. The key is to not lose the curated product we offer, which is why the customer comes to us.

The Foster sisters took on NYFW with The Outnet and The Daily! Why were they chosen?
Fashion Week for us is very interesting because we’re selling product from the season before. For us to find a credible space within Fashion Week with a credible voice is difficult because we can’t start talking about the trends that people are seeing or have seen in all the shows, because we wouldn’t necessarily have that product. Two years ago we had Sergio the Shoe Hunter in London. We sent a sausage dog to fashion week. It was about watching what people were wearing not on the catwalk, but the people who were attending Fashion Week. It started as a social media project and we ended up having TV interviews in Japan and Korea. It was everywhere. We had articles actually written about Sergio in France, we did something in the U.S., and all of it was organic. There was no media spending. We were on to something. We’re also a fun brand, and we take fashion seriously, but not too seriously. We wanted to work with someone who is funny without being offensive. We could have brought on a comedian, but we tried to find someone who matched the brand and could feel comfortable moving around a fashion crowd while making it fun without making fun of the people. The Foster sisters were the perfect marriage.

What were they like to work with?
Really, really, fun. It’s been a really good partnership. They’re naturally funny. It’s not like switching it on and off, it’s who they are.

What are your passions outside of work?
I love to travel, so I’m on the right job. I love to shop, I love to eat, and I love art.

Where’s the best place you’ve traveled in the past year?
I love Sydney. Last year I did two Sydney trips. I love LA and I love New York. I also have friends in pretty much every city. When you’re working like there’s no tomorrow, it’s nice to have someone that you can go and have a drink with after the day is over.

Are you on the road every month?
Yes. Last year, from November to December, I did New York, Miami for Art Basel, and Hong Kong, Australia, and the Middle East. That was just the last two months of the year. After I leave New York, I’m doing Australia, Texas for South by Southwest, Hong Kong, Sydney, Melbourne, and Tokyo. And that’s just until April!

PLUS! The Outnet’s Top 20 Selling Brands in the U.S.