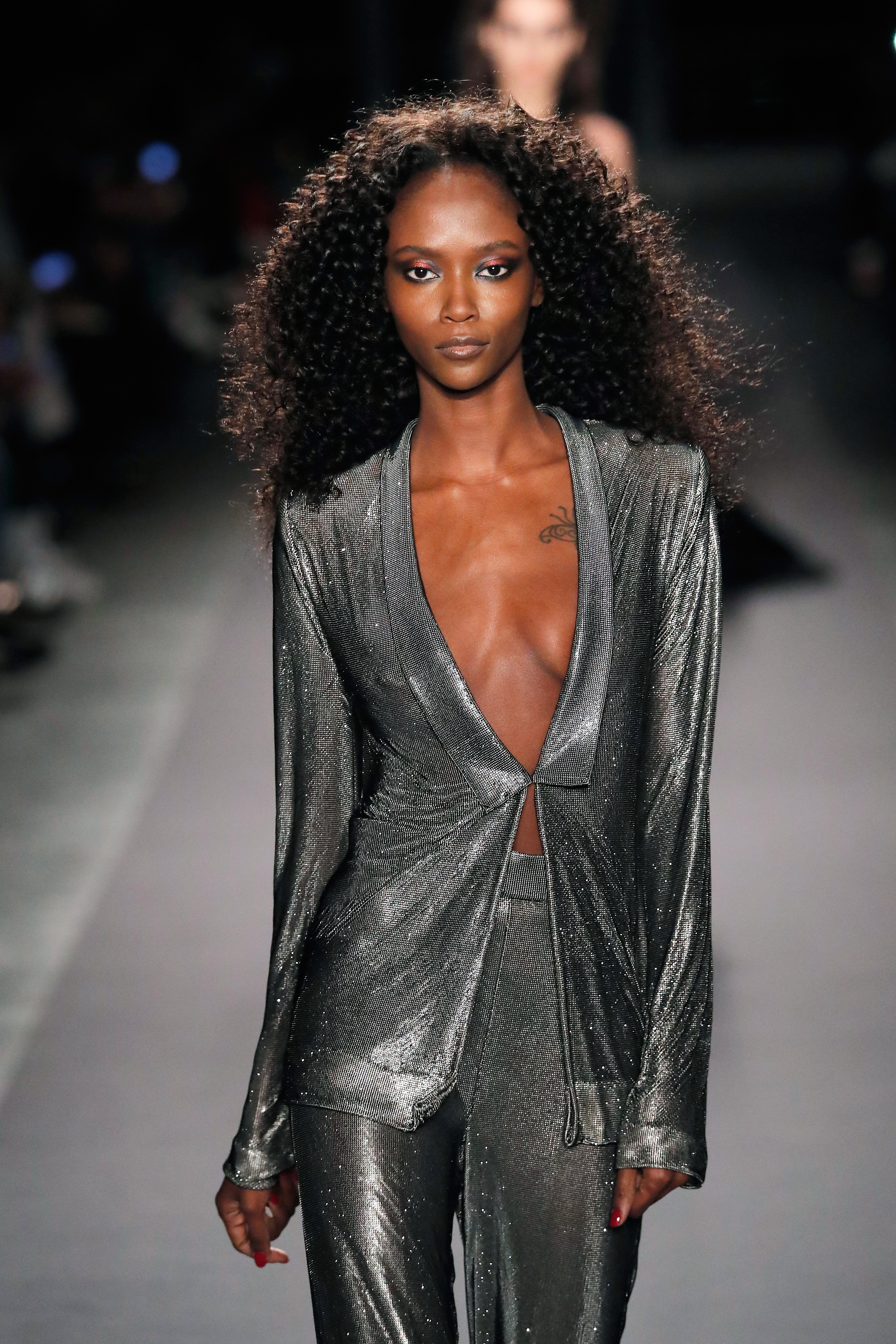 The star of Brandon Maxwell’s Spring 2017 runway show was easily Riley Montana. And that’s just one of the reasons why Maxwell chose the Detroit native to star in his touching Spring/Summer 2017 campaign film which he directed and Jesse Price shot. We caught up with Maxwell and Montana backstage before the Fall 2017 collection debut for the downlow on Detroit. And P.S. We hear Montana is an amazing singer and might be dropping an album soon. Stay tuned for this rising star! 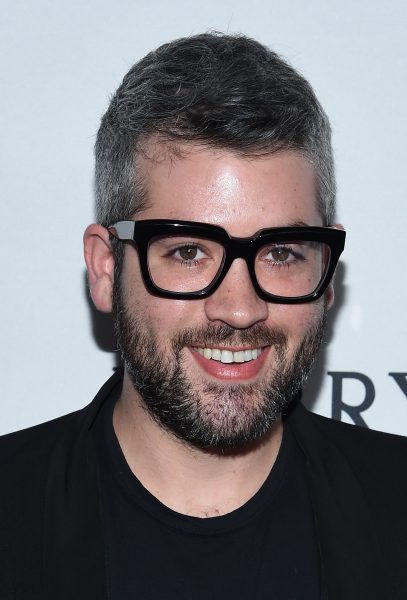 We loved your campaign video! What was it like being welcomed into Riley’s family in Detroit?
BM: It was really fantastic and so kind of them to let us do that. I have to say I really felt at home there. It felt really familiar to me like my own childhood in a way. Her family was so sweet. Obviously, Riley is a really good friend of mine. She’s not just a model in my show. We talk every day and we’re with each other a lot. So it was great and I took that responsibility really seriously. I directed the film with the great love of my life Jesse Price. We’ve been creating together since we were young kids. He’s really been the one person in my life that really pushed me to the best place. I have to say that trip to Detroit was a defining moment in my life.

What was the reaction in the streets to Riley?
BM: The great thing about Riley is that she’s game for anything. She did some things that probably would have been uncomfortable for other people, but I’m grateful. I just wanted to do right by Riley because she is such a star and as beautiful as she is she’s equally as good as a person and I just wanted to do right by her.

What surprised you about Detroit?
BM: I had never been to Detroit. I’m from Austin and a lot of it felt very similar to Austin. We recorded the voice over in a studio there and it just felt so Austin to me. I had the best time and then Riley and I went out to the casino that night. I’m not a gambler, but my grandmother goes to the casino almost every other day of her life. But I had never been so Riley and I went and she had her hair and makeup done. I lost so much money on the Brittany Spears slots it was insane! I was like, “We have to leave! I’m done here!” 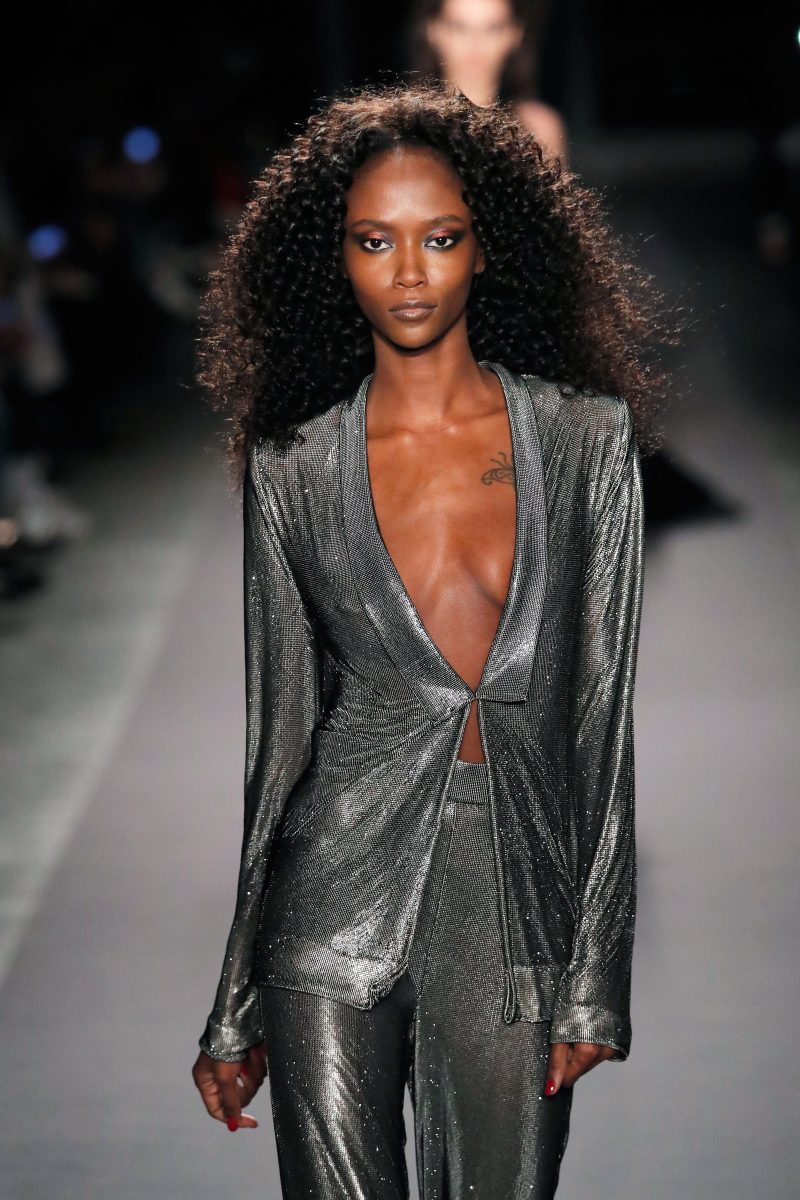 What was it like walking down the streets of Detroit in a flowing Brandon Maxwell gown?
RM: Actually a lot of the houses are abandoned, but there are two houses that are still standing on the block and somebody came on the porch and said, “Ooooh she walkin’ like she on America’s Next Top Model!” It was funny. It was really fun, but it was kind of surreal. This is where I grew up and now I’m walking down the street being filmed in this beautiful, who knows how much that gown is, with one of my best friends [Brandon].

What did you think when Brandon asked you to be in the campaign video and for it to be that personal?
RM: I was a little nervous. I was a little scared at first. I didn’t think anybody would be able to actually capture the love I have for my family. Not Brandon in particular, just period. Even though he and I are really close, I was still like, “Maybe. I don’t know.” But he calmed me down days before. He was like, “Girl, shut up. Come on. Relax. We can’t plan this. It has to be genuine moments.  We just free balled it and it turned out amazing.

What did your family think about being on camera?
RM: They’re really happy. Everybody cried. My sister cried, everybody.

Were they nervous about being on camera?
RM: Surprisingly, no! They were naturals. I wanted my family to be comfortable, but when we got there she was cuttin’ up and dancin’. My family had her waiting to cook breakfast for everybody. She was cool. They were talking about doing a reality show after and I was like, “No, no, no, no, no! This is enough camera time y’all!”

The Maker and His Muse: Michael Kors and Taylor Hill