Supreme Auction Proves People Will Do Anything for a Logo 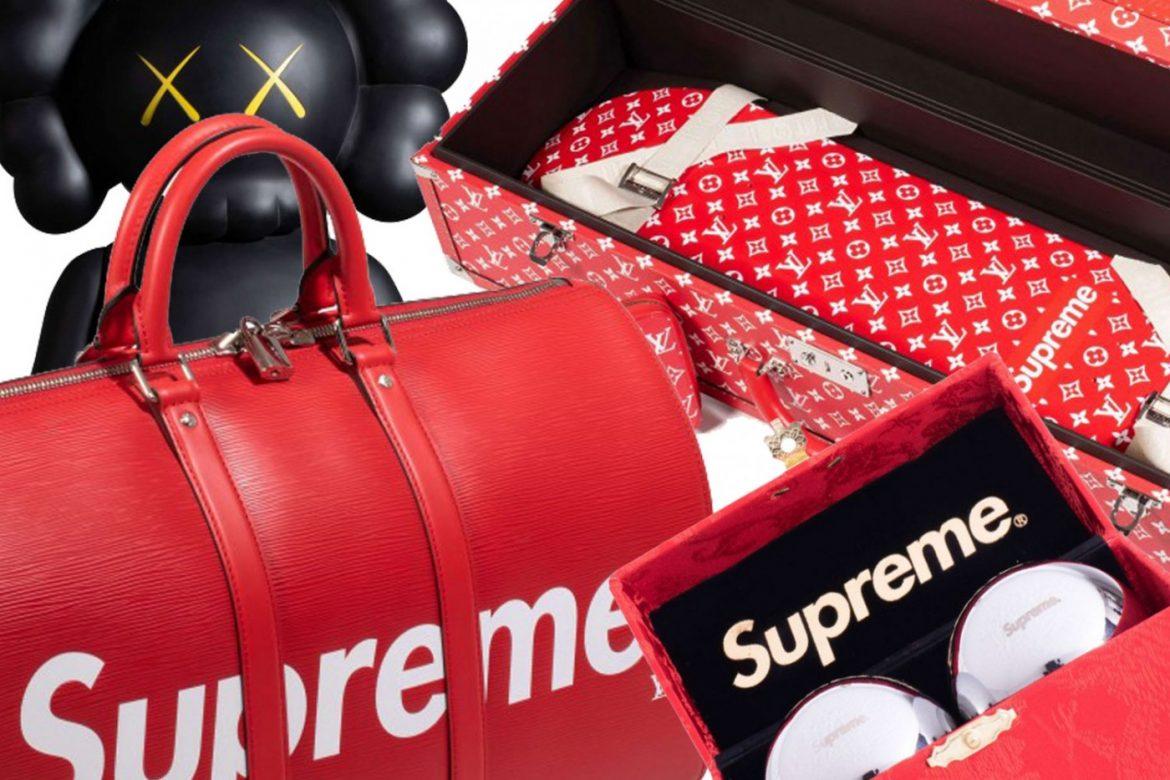 Among the top sellers of the day were a Louis Vuitton x Supreme trunk, which sold for $105,470, a four-feet-tall black KAWS sculpture that went for $96,164, and an Everlast x Supreme punching bag, which brought in $24,041. 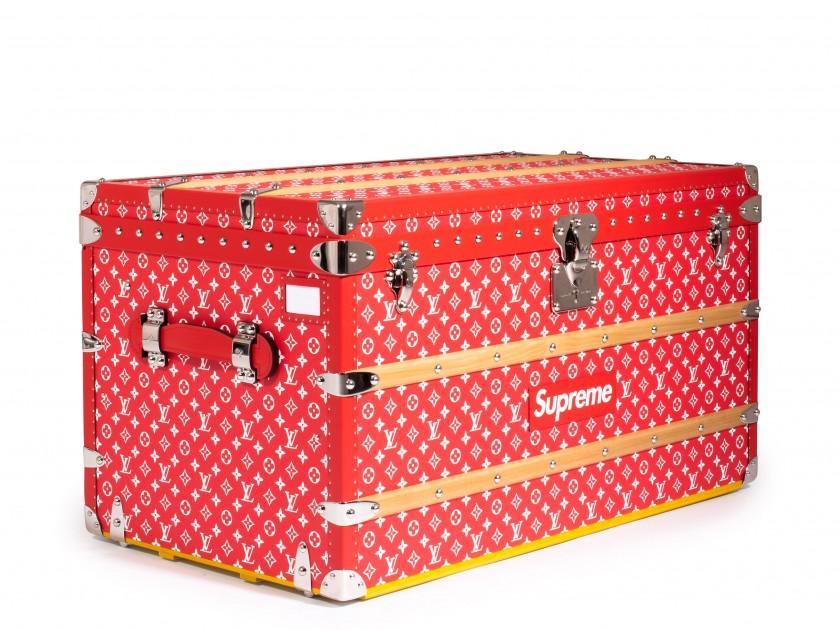 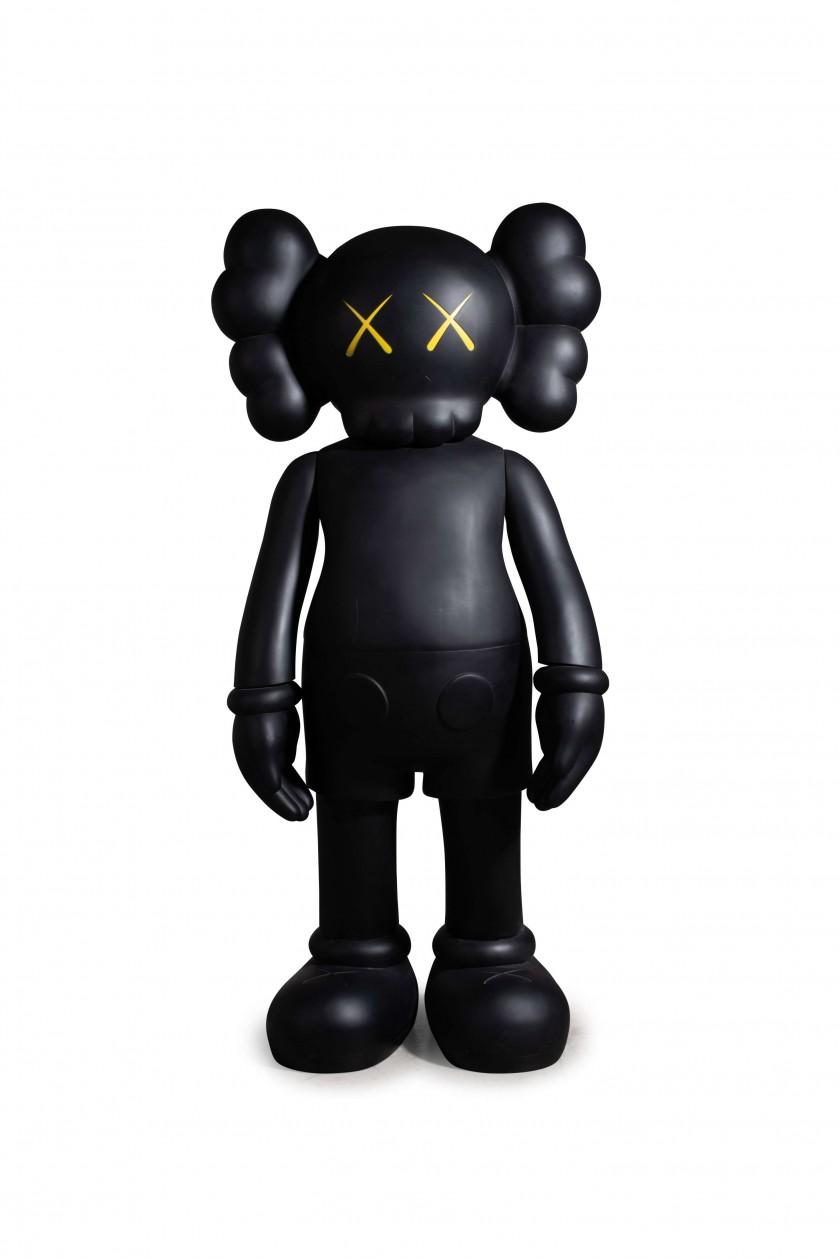 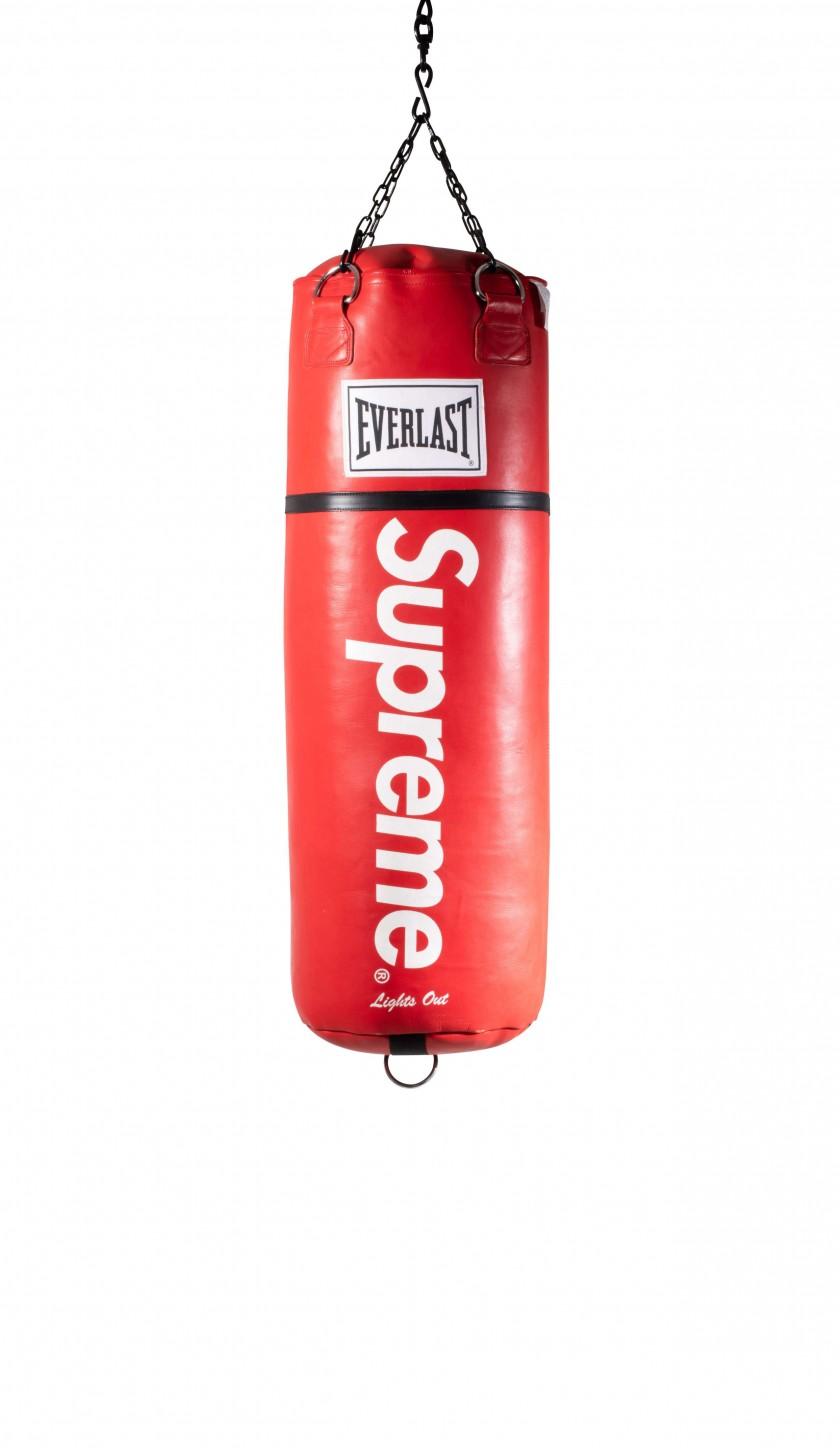 The sale also included 19 Supreme box logo T-shirts, which sold for between $1,241 and $11,633. Not sure what a box logo T-shirt is? Well, it’s a plain white cotton T-shirt with the word “Supreme” printed on the chest inside a small box, usually red. That’s it. Below is an example. It sold for $1,861 and is about as basic as it gets. Artcurial listed it as “Box Logo — Classic” and dated it all the way back to 2007. Ooooh! 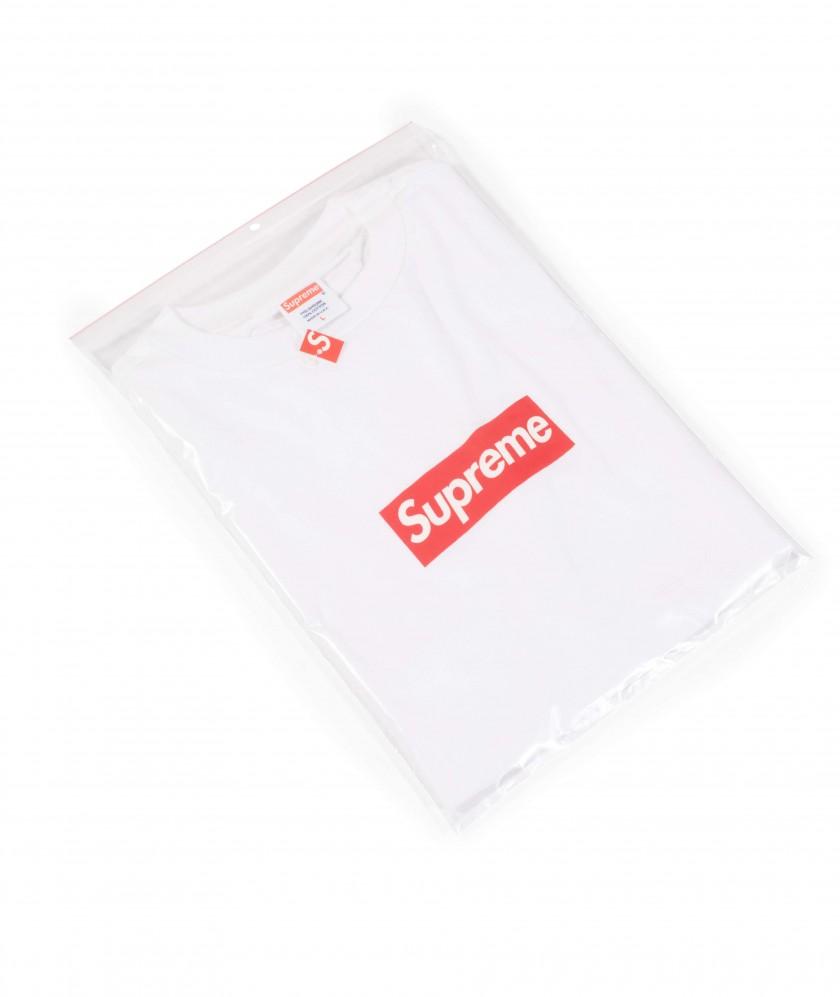 The T-shirt that sold for $11,633 was a little different, though. It was of a 2012 vintage and had a black box logo with two bullet holes in it. Worth it! 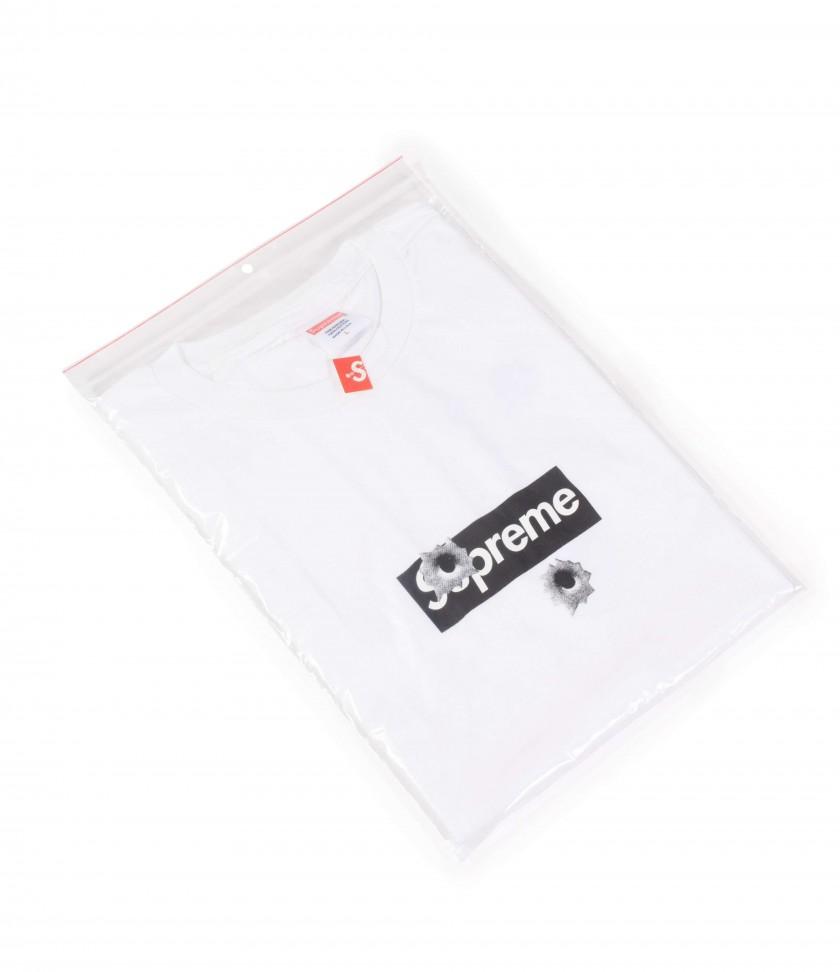 Of course, all the Louis Vuitton collaboration pieces sold for buckets of cash — a red leather duffle bag went for $16,286, while a skateboard trunk was sold for $74,449. 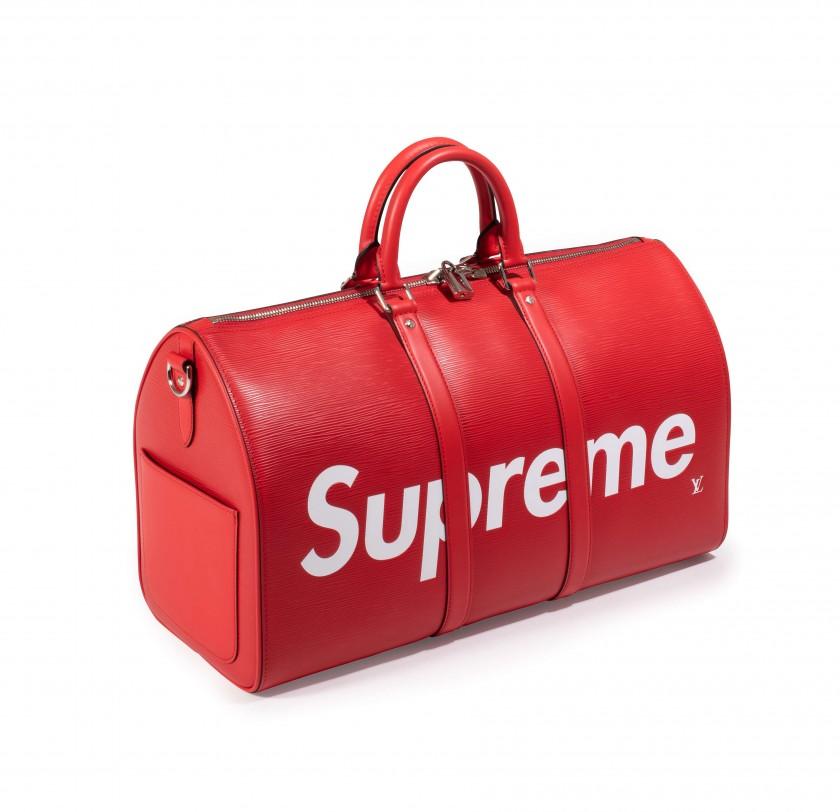 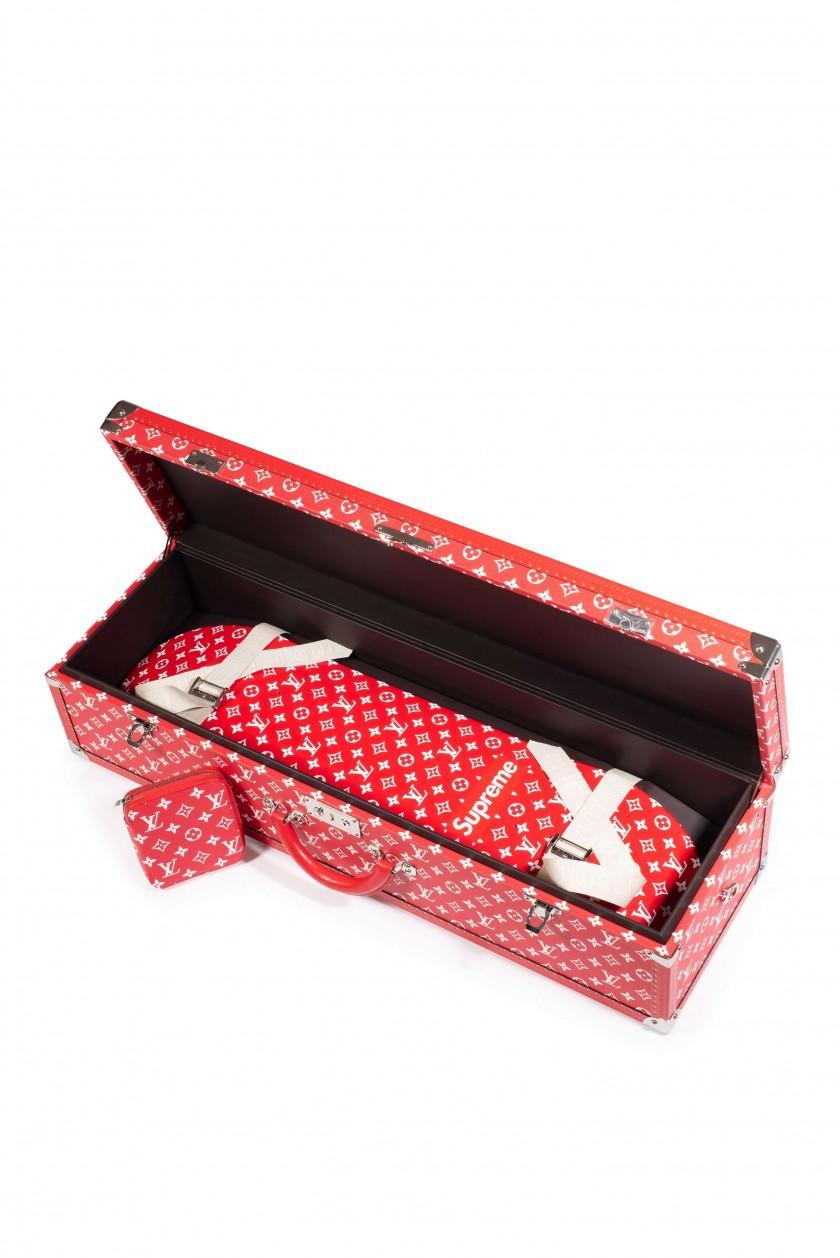 Really, all the collaboration merch did well — from the Fender x Supreme Stratocaster guitar for $6,204, to the Spalding x Supreme basketball for $10,547, to The North Face x Supreme jacket for $8,996. 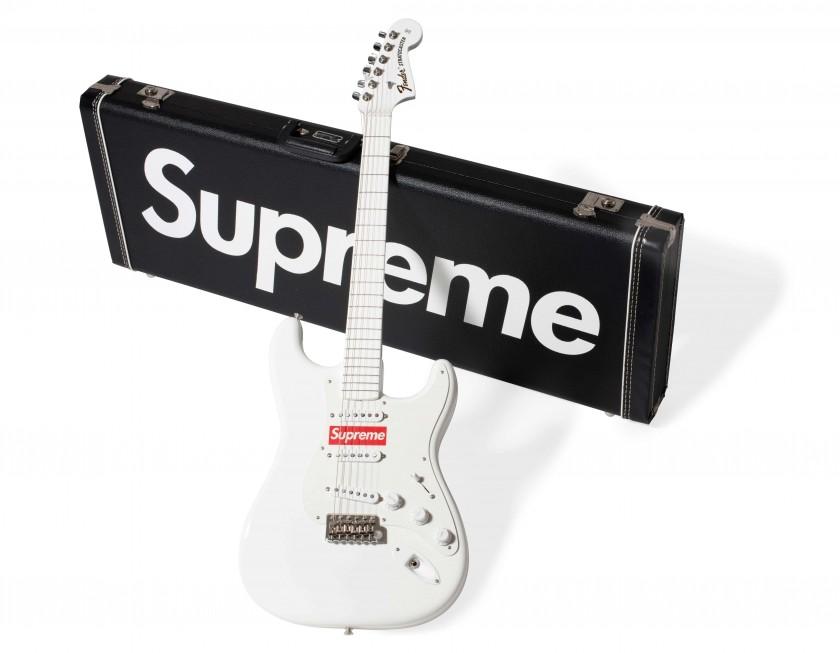 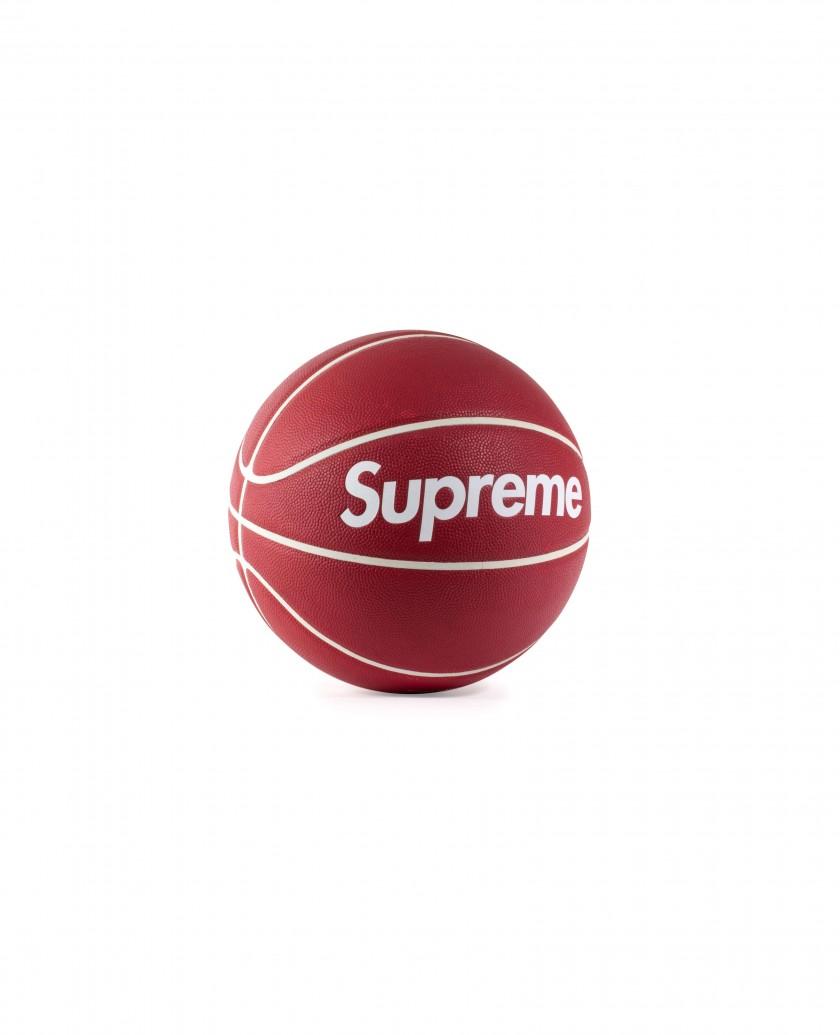 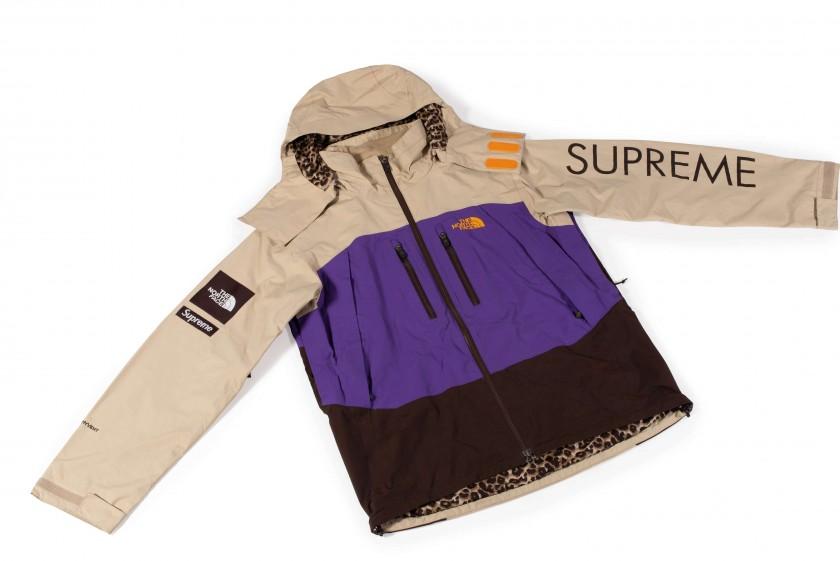 A handful of pieces didn’t sell. Mostly it was stuff without any sort of logo or instantly identifiable signature. For instance, no one was interested in three works by Todd James. Why they were even included in the sale, I couldn’t tell you. I guess because he is a kind-of-famous street artist who now does gallery shows? Maybe these pieces hung in a Supreme store at some point? Whatever the case may be, the point is no one was interested. 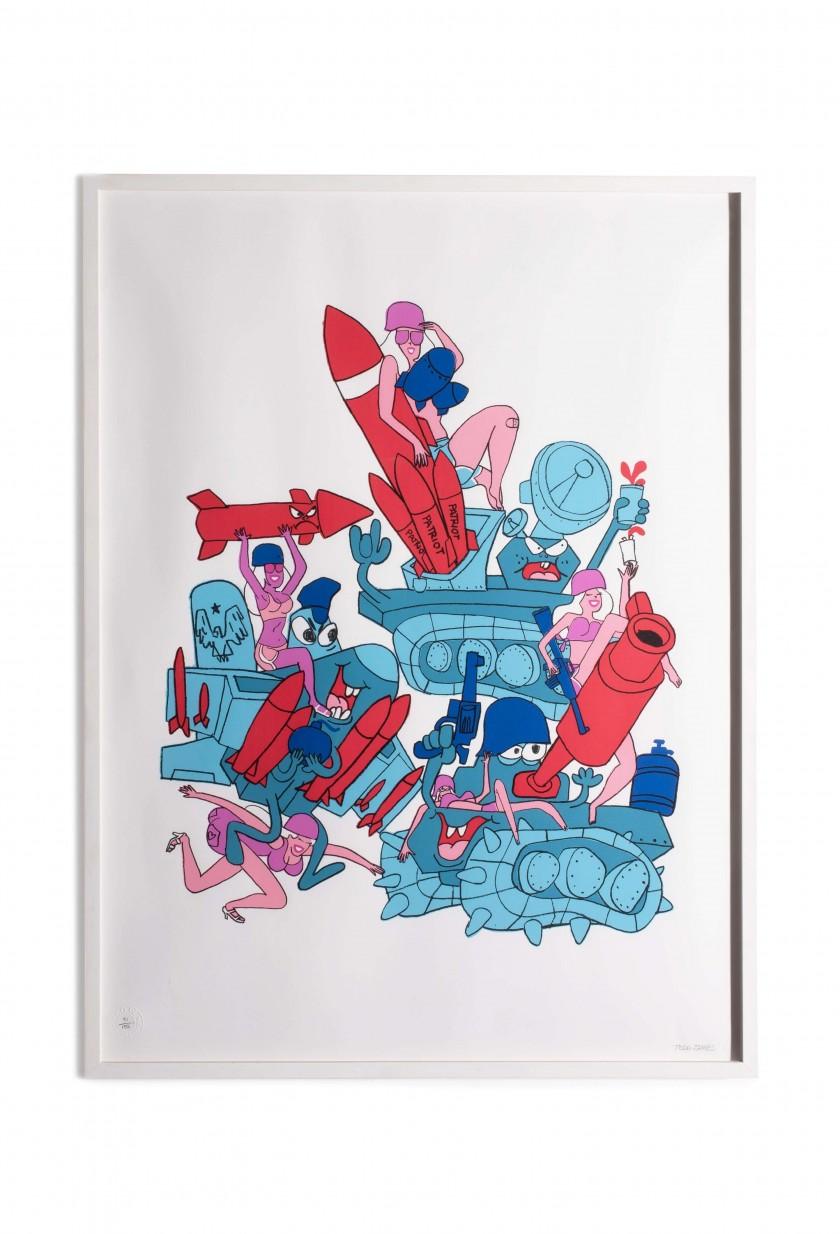 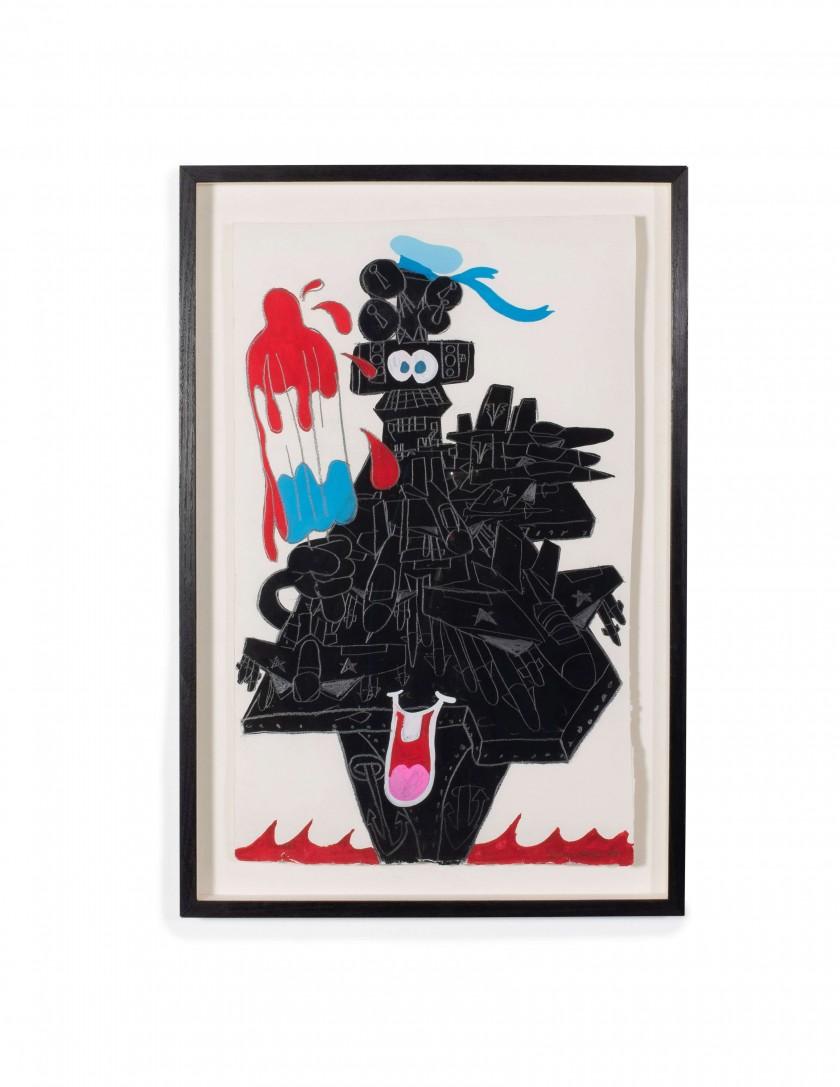 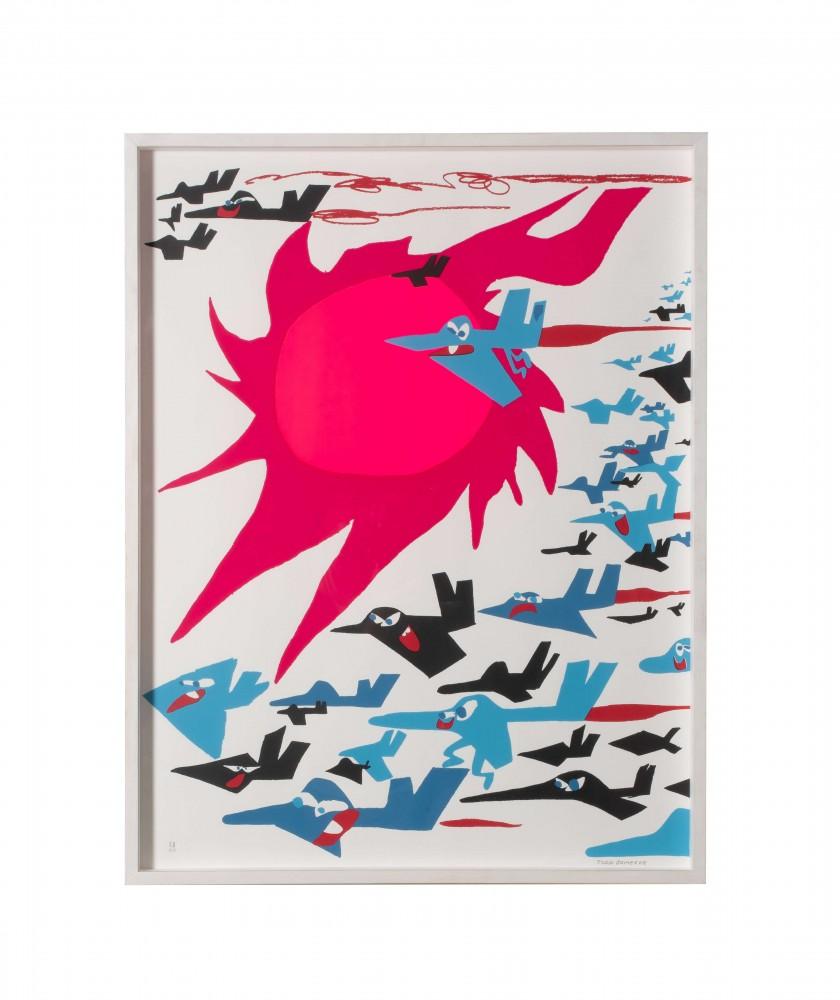 Then again, a 10-inch sculpture of a blue plain evacuating a big red mess from its cargo hold brought in $35,674, so maybe I’m missing something here. Probably, but I don’t really care. This whole situation is ridiculous. 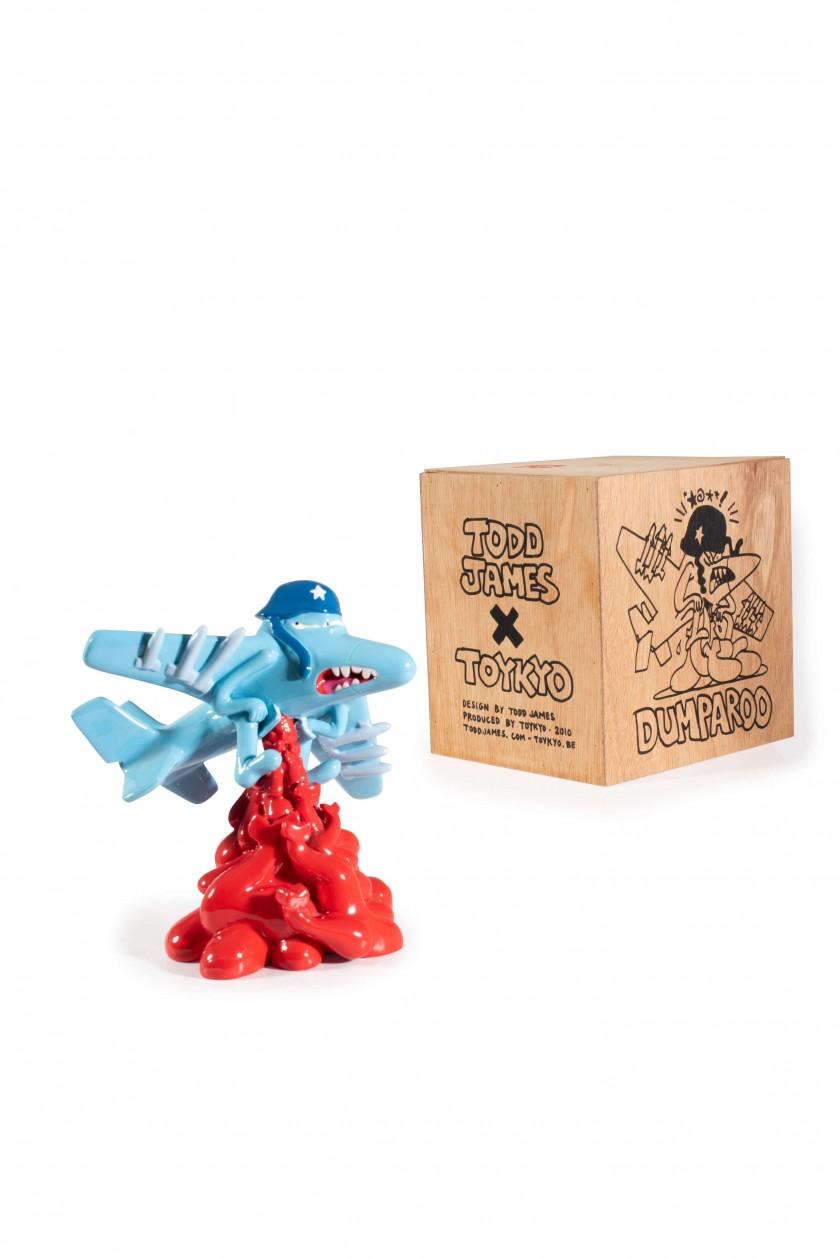 Supreme has done a lot of sports collabs over the years and a lot of that stuff did well, although interest in the baseball merch was sort of lacking. No one wanted the red baseball glove the brand made with Rawlings. But, then, the Supreme logo was barely visible, so why would they? And a mini baseball bat (a collaboration with Louisville Slugger) also went unsold. 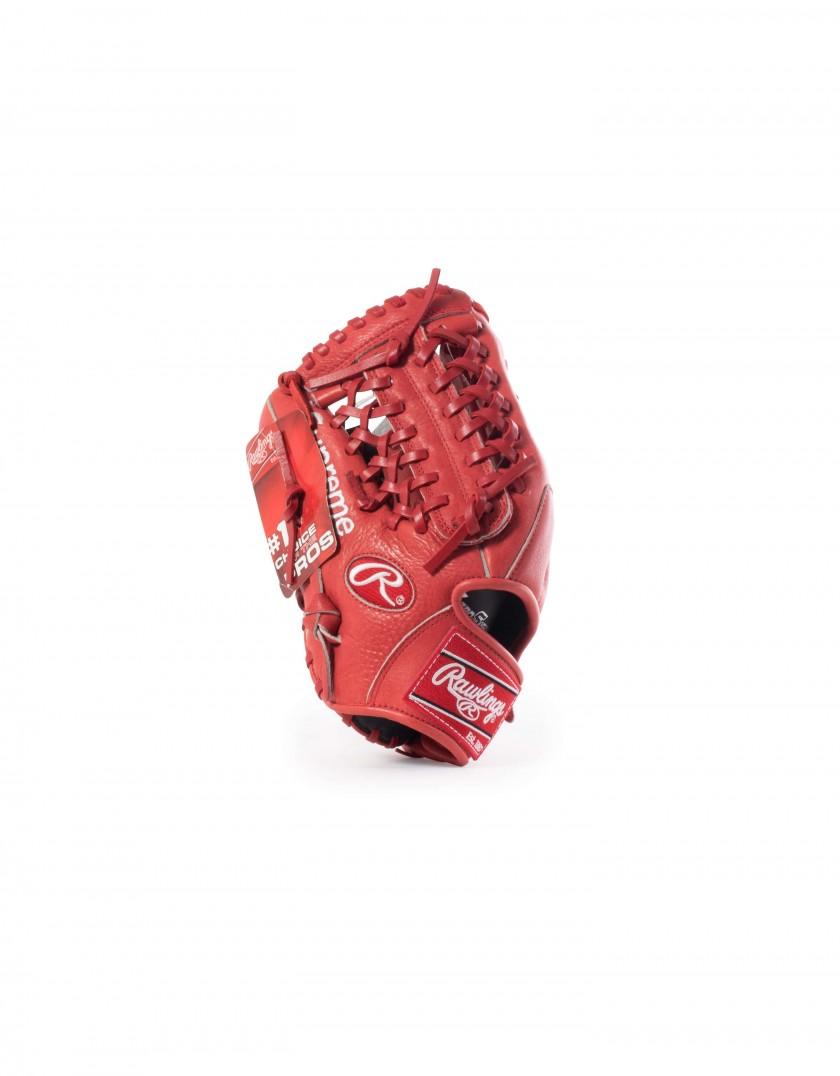 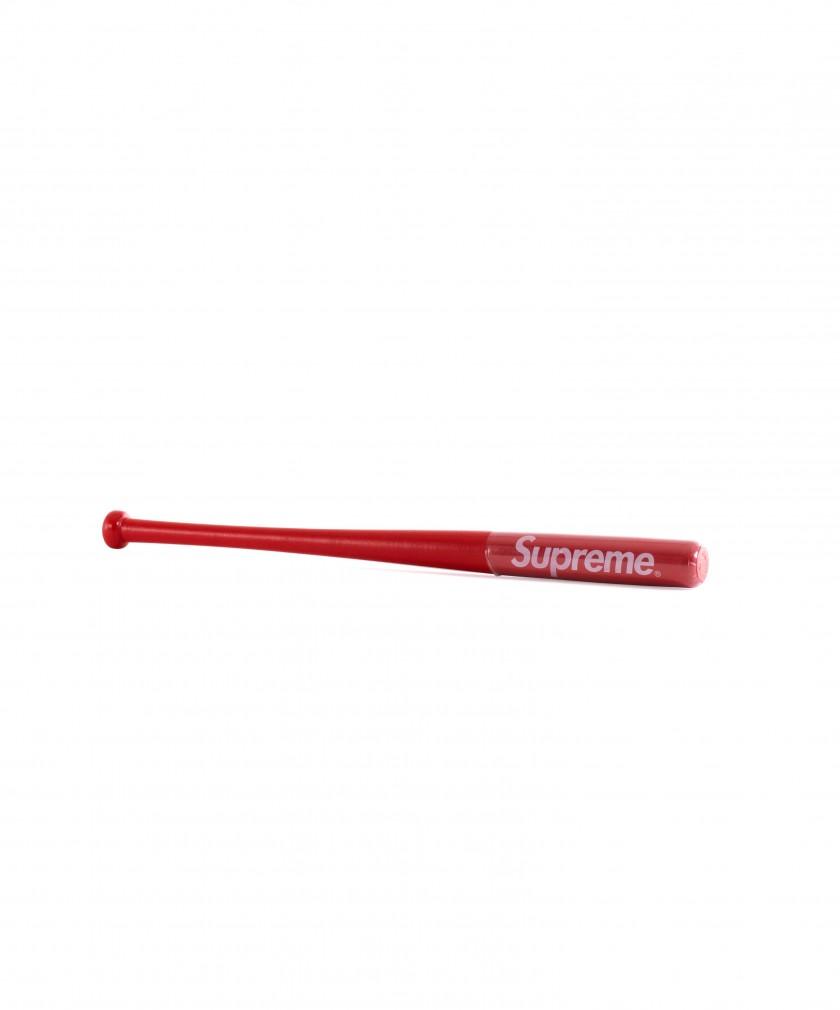 With only a few exceptions though, every item with a Supreme logo managed to sell, no matter how basic or downright ridiculous. A hammer? Sold! $1,086. A pair of crown-shaped bottle openers from 2013? Sold! $388. Two silver Ben Wa balls in a cheap red box? Sold! For $1,318. 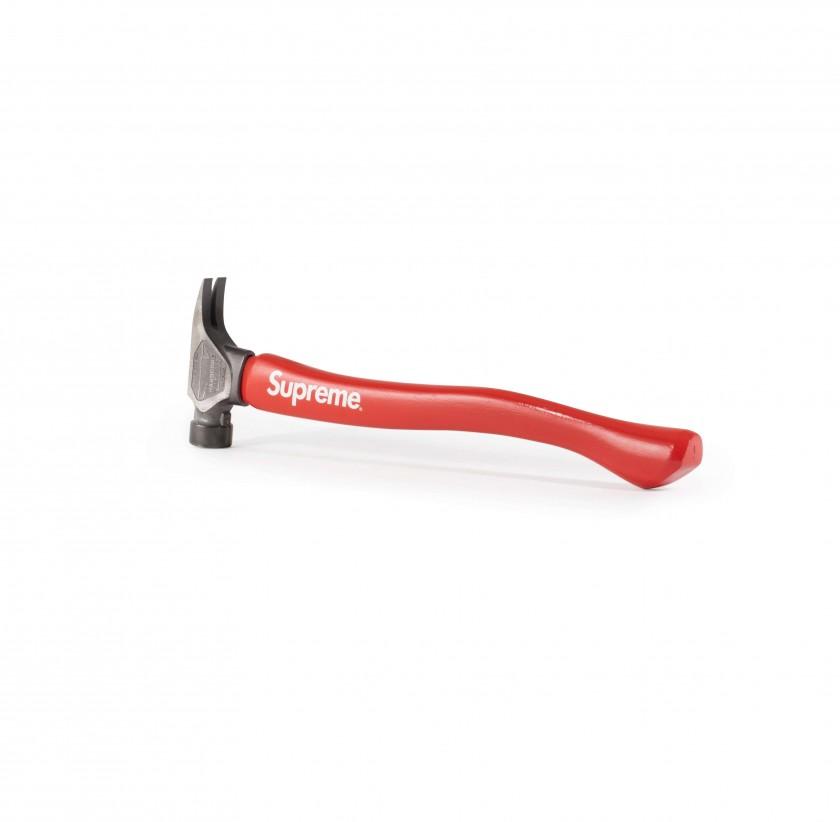 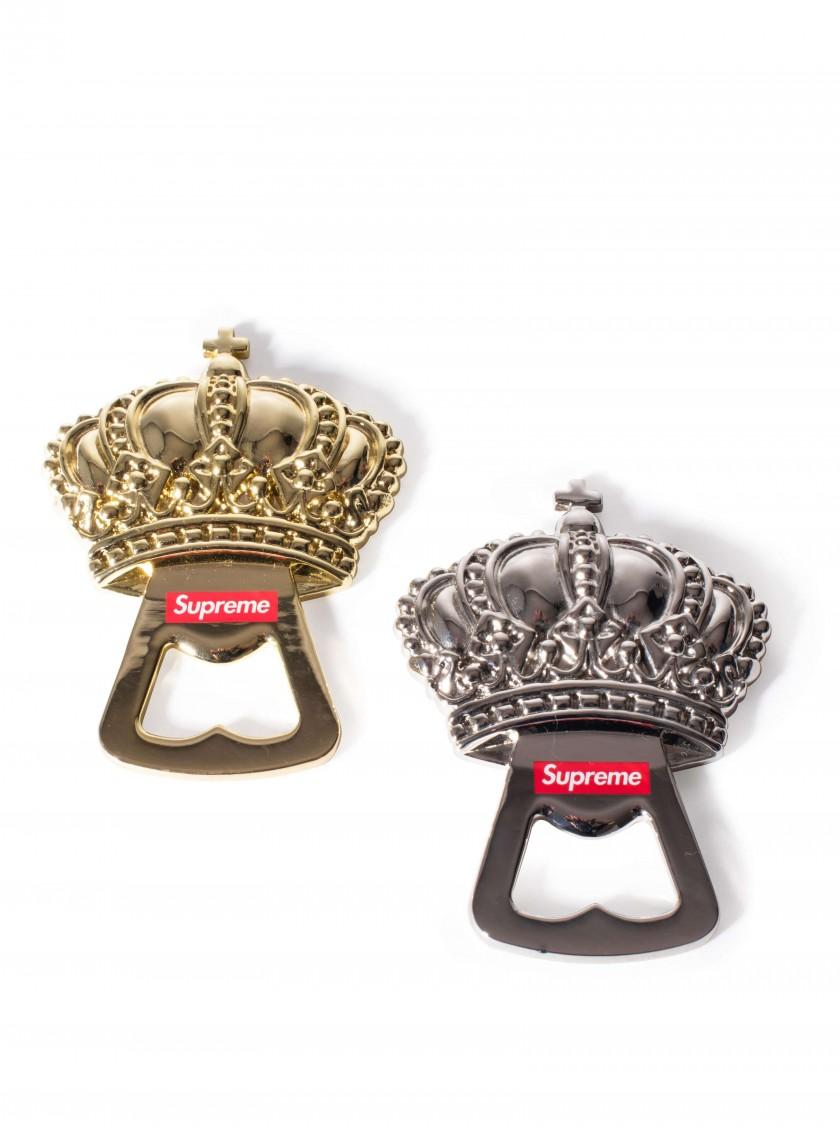 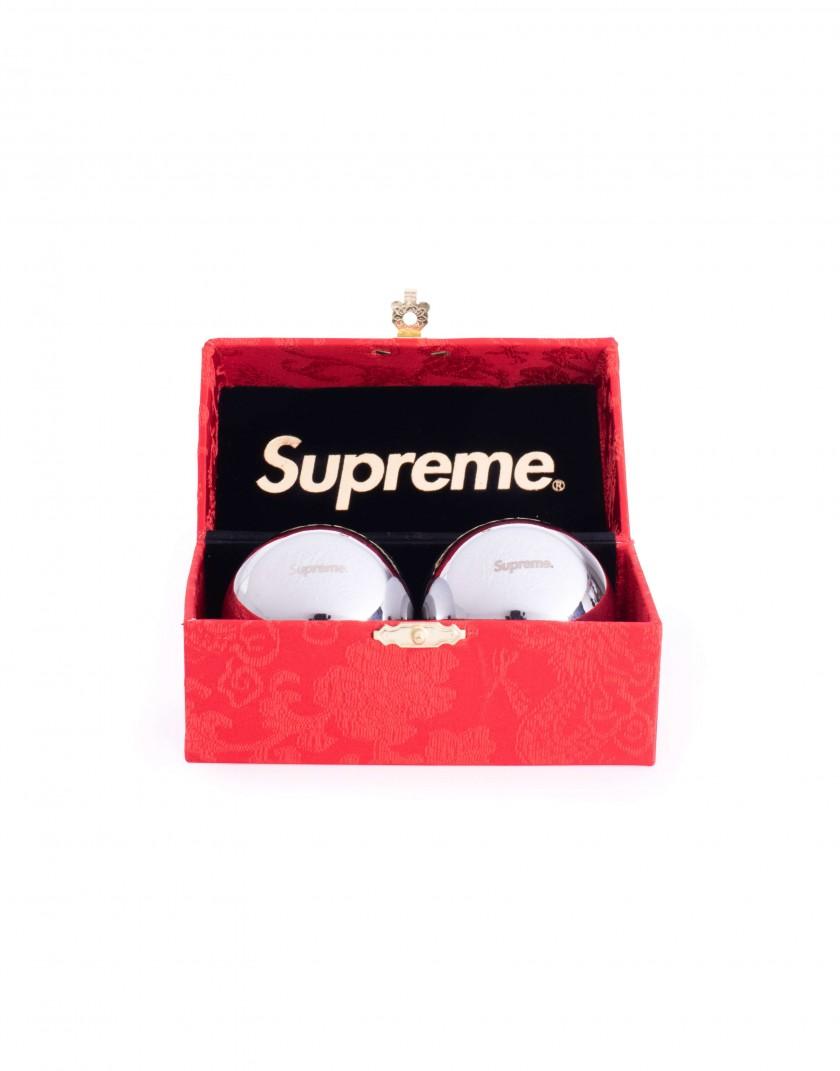 I mean, seriously? Why are people losing their minds and spending all this money on this logo crap all the time? It’s so tacky! And I’m not even talking about the pieces themselves. I’m talking about the act of buying and fetishizing them. It’s just a bunch of crap with the word “Supreme” on it. Get the f*ck over it, because, honestly, you look ridiculous. And you can say you don’t care what people think, but obviously you care a whole hell of a lot, otherwise you wouldn’t be so desperately obsessed with logos in the first place.

OK. Rant over. Now let’s all just watch this video of a man talking about how he chose to risk his life rather than give up his f*cking hideous Louis Vuitton logo bag during an armed robbery. I mean, the guy seriously chose to dodge bullets rather than give up that fugly murse. I can’t. I just CAN’T!