Nailing It With Paintbox’s Eleanor Langston 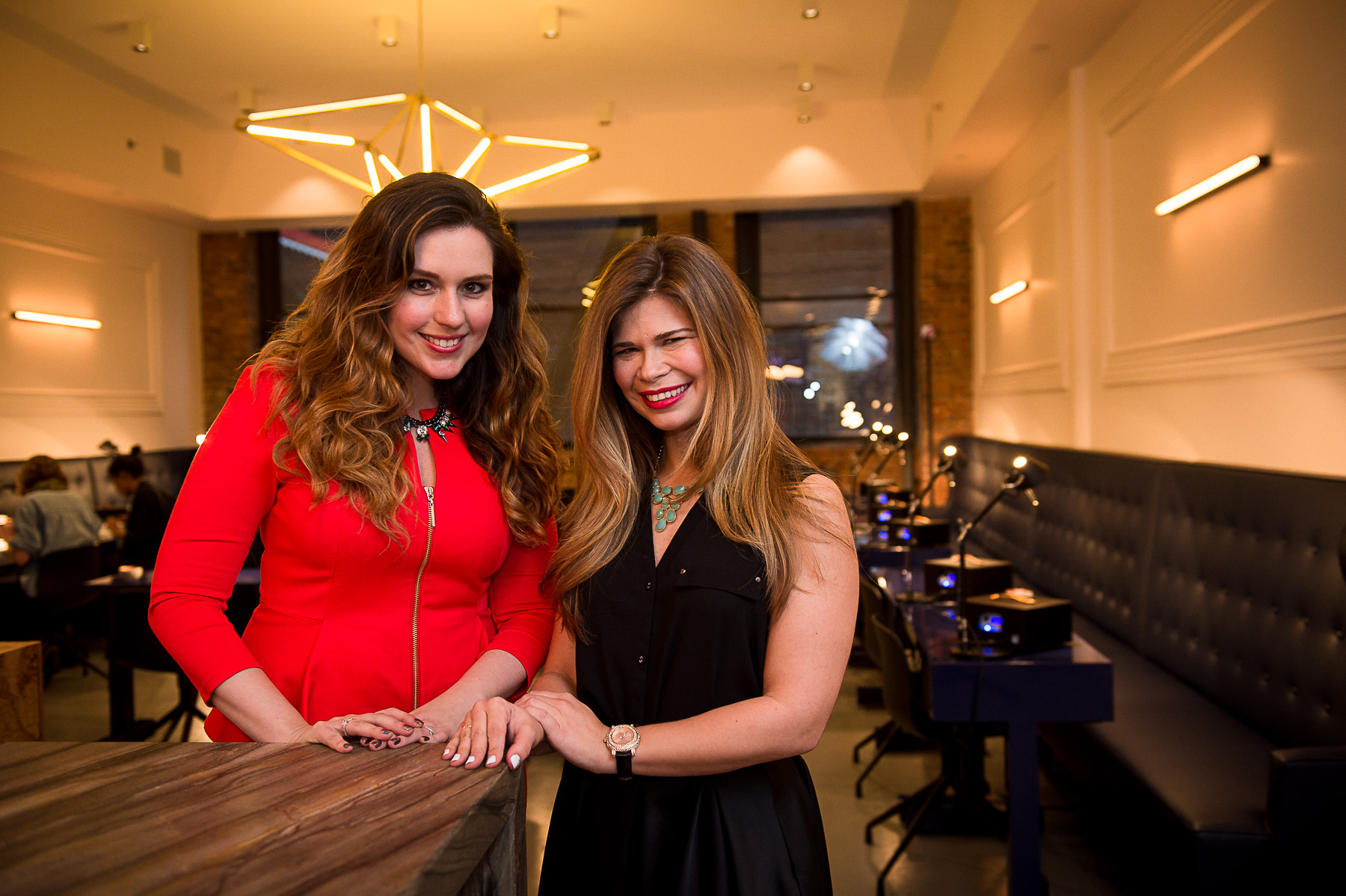 Former beauty editrix Eleanor Langston is changing the nail art game thanks to Paintbox, her posh new Soho boîte made for lacquer lovers. In keeping with her background, everything about the glossy, digit-transforming experience is utterly editorialized: chicly-shot lookbooks in lieu of that indecisiveness-spurring wall of polishes, photoshoot-ready interiors, and libations are on pour (like bubbly for those p.m. appointments, and Grady’s Cold Brew Iced Coffee to accompany an a.m. sesh). Langston gave us the full lowdown on how her Crosby Street nail den took shape, which shades she’s brushing on these days, and much more.
BY ALEXANDRA ILYASHOV

How did the Paintbox concept come about?
I was a beauty editor at places like Self and Cosmopolitan. I really wanted to find a place in New York that could do sophisticated touches of nail art, like I’d been covering for work. But most nail art places were overwhelming. They had too many options, and I wasn’t sure of the taste level. I wanted to take my editorial background and bring it to the nail world, with a look book to break down the process for girls who want something interesting on their nails, but don’t know exactly what they want to do and don’t have time to go to Instagram.

How long has the project been in the pipeline?
I started working on it a little over a year ago; in the fall, I started looking for a space. Our creative director, Julie Kandalec, and I hand-selected our manicurists from backstage teams at fashion week that Julie works with.

How do you know Julie?
We met on a shoot where she was the manicurist. I became obsessed with her and started booking her for every shoot I did. She headlined seven shows during fashion week; her taste level is definitely there, and she’s a forward thinker and a trend-setter in the industry. All of our manicurists are trained by Julie. She has the full package of what I needed in a creative director! I love working with her.

Why did you decide to do only manicures?
I just wanted to do one thing, do it well, and really specialize in it. Pedicures are a little more spa-like. Paintbox is an upbeat, fun atmosphere where girls can come in to take a break from shopping; they don’t necessarily want to pull their skirts up or roll their jeans up for a pedicure. They just want a manicure with a really fun design.

The space has great lighting, dashing navy banquettes, and other restaurant-esque touches.
Yes, we didn’t want it to feel like a nail salon! We have a lot of French touches which make it seem like a new restaurant. You can catch up with your friends and get really cool nails at the same time; I notice girls working out together to catch up, but in environments that really aren’t chic…

How did your background as an editor help you devise Paintbox?
I’ve got the ability to curate things—when I was at magazines, we’d get a million polishes and I’d just pick the five best of the best for Spring. I take that same approach at Paintbox. That ability combined with Julie’s trend forecasting is a really good marriage.

Do you miss anything about being a beauty editor?
I miss the camaraderie that goes into a story, of working with an art director or creative director to put things together. I’m coming back to that a bit, by figuring out the branding, the little details, every element of building a nail salon. It’s definitely using a different side of my brain.

The lookbooks—like menus of nail art options—are very editorial, too.
It’s like a mini-magazine! We don’t have a huge color wall where customers come in and just stare at all these colors—our manicurists do consultations and walk them through the lookbook. It’s about giving girls guidance and adding an editorial spin. There are, like, 35,000 blogs devoted to nail art out there, and girls are so overwhelmed by all those choices. Paintbox is for the girl who appreciates details and looks at nails as an accessory, but doesn’t know what kind of design she wants to do exactly.

One of your chic designs is called Shadow Boxer. Is that a Fiona Apple reference, perchance?
Yes, I was a big fan of Fiona Apple in the ‘90s and I still listen to that song! I look for inspiration in music, but I don’t want it to be too cheesy; I also like social references like Pyramid Scheme or Bermuda Triangle, or a social reference to a movie, like Bling Ring.

What are your top talon hues these days?
I love Chanel Frenzy: it’s a putty white with a little bit of a grey undertone. It’s super flattering, but it pops enough so it looks like you got your nails done. My favorite red of all time is Essie Clambake, because it’s a gorgeous red with an orange undertone that gives it a little edginess. I also love this purple-y blue color from Illamasqua called Jo’mina.

Which celeb would you love to get into Paintbox?
I’m obsessed with Lana Del Rey; she’s super rad! I love her nails—they’re always that cool, pointy, extra-long, almond shape. I love Emma Watson, too.

How about a designer you’d like to lacquer up?
Stella McCartney comes to mind first. Also, Tory Burch, because I’ve admired her as a business woman for so many years; I think it.

Where might Paintbox open up shop next?
We’d love to be where our customers are and where they shop, so maybe L.A. We’re definitely thinking about that.

What style would you choose from Paintbox?
I’m obsessed with Fire Starter. It kind of looks like an oil spill. I also love the simplicity of Divide and Conquer, which has a line up the center; I think I’ll get that for my next manicure.

The Nail Art at Libertine Was Pure...