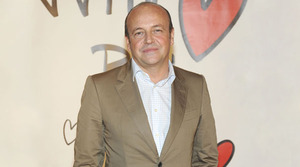 (NEW YORK) Déjà vu at Lanvin: The label’s managing director, Thierry Andretta, has left the company citing personal reasons, as did his predecessor, Paul Deneve. Andretta had been with Lanvin since 2009, where he originally took up post as the executive vice president overseeing global retail operations. He was responsible for launching a children’s line and growing the industry-wide important category of luxury leather goods. Previously, Andretta was CEO at Moschino in Milan.

Shaw-Lan Wang, a Taiwanese media mogul who is the chairman and CEO of Lanvin (and the majority stakeholder) has appointed Michèle Huiban to assume the management of the company as COO. Reportedly, Wang and Andretta had differences regarding how to expand as the company quickly began to grow. Andretta’s predecessor, Deneve, left the company in 2008 due to similar reasons of “diverging points of view”; Deneve is now Saint Laurent’s CEO. Andretta’s resume also includes senior management roles at places like Gucci Group, Céline, and Emanuel Ungaro, and as president of France’s Chambre Syndicale for Men’s Fashion. Thus, Andretta likely still has plenty on his fashion plate.