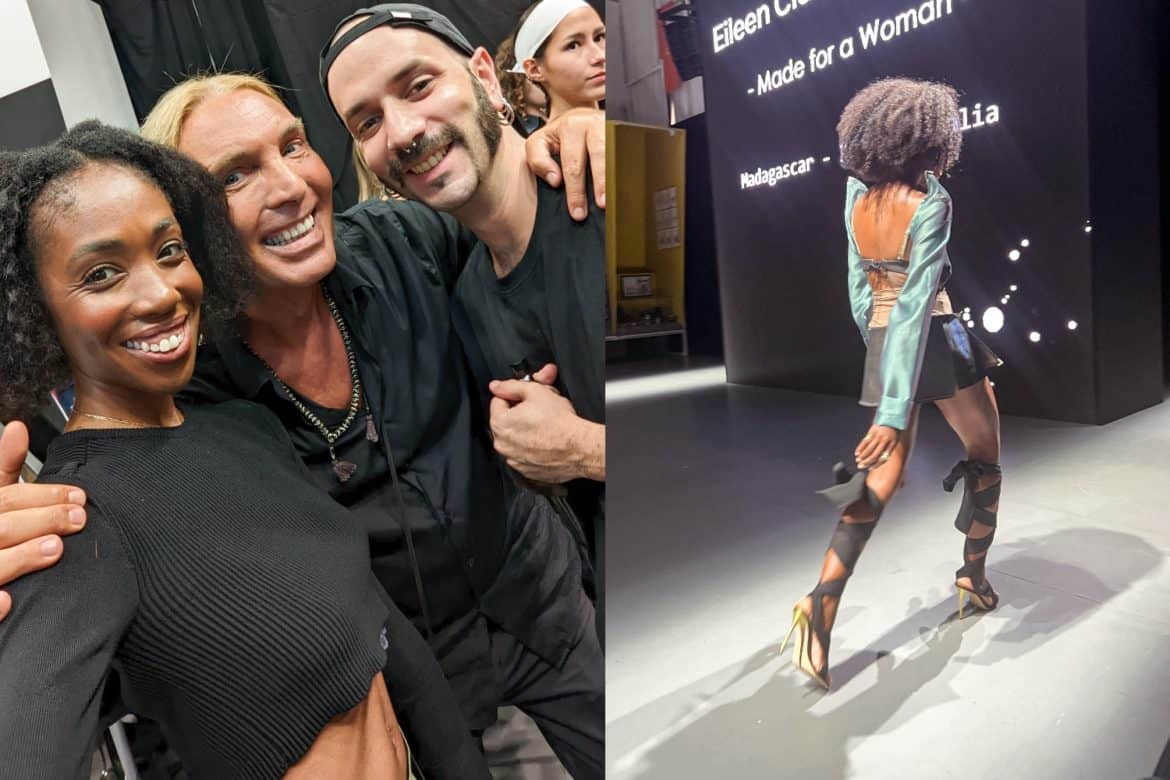 Since beginning my career in the fashion industry aged 15, as a founding contributor at Teen Vogue, I’ve been involved in many sides of a fashion week show. From an attendee to a PR assistant, sourcing nylons for the model kits the night before! I’ve also been front of house with a headset on making sure editors are seated, and been back of house dressing models or diligently escorting the designer from one interview to the other. But standing at 5’1, I’ve never walked the runway. Until this past weekend in Milan, that is… let me take you along!

Ciao da Milano! Where Stella Jean, the Haitian-Roman design darling has returned to Milan Fashion Week after a two-year hiatus. Back in 2014, I was thrilled to go to Stella Jean’s first official Milan Fashion Week show at the Teatro Armani show space. My relationship with Stella has grown since then. Pre-pandemic, in February 2020, Stella wrote to me stating she would not be participating in MFW until the Italian fashion institution made space for, and acknowledged, the BIPOC community in Italy. Frustrated by horror stories of attacks and daily injustices, Stella Jean was declaring a state of emergency. She quickly took action by teaming up with the Italian Office Against Racial Discrimination to launch a social media campaign and corresponding lookbook, Italians in Becoming. As other fashion brands rallied around the social justice movement in the summer of 2020, Stella Jean, Milan-based designer Edward Buchanan, and Afro Fashion Week founder Michelle Ngomo collectively asked, “Do Black Lives Matter in Italian Fashion?”

After last Fall’s showcasing of “The Fab Five Bridge Builders,” five BIPOC-headed, Made in Italy brands, Stella Jean returned the runway over the weekend to present her Spring Summer 2023 collection, together with Buchanan’s Sansonvino 6 collection, and the latest group of designers making up the We Are Made in Italy initiative.

When I spoke to Stella back in August, we were discussing bridesmaids dresses and she mentioned she was returning to Milan Fashion Week. As she animatedly spoke to me about her plans, I jotted down notes of the details: date, time, etc. “Yes! Whatever you need of me Stella!” She asked me my size. Of course! I’m always honored to wear Stella Jean. But it wasn’t until her design assistant Juri reached out to me with my model card to fill out that I finally realized I was walking. I love supporting young designers, and that passion has brought me to the Obama Whitehouse through Mrs. Obama’s team, and now I was being asked quite literally to walk the walk.

Here’s a look inside the unforgettable experience. 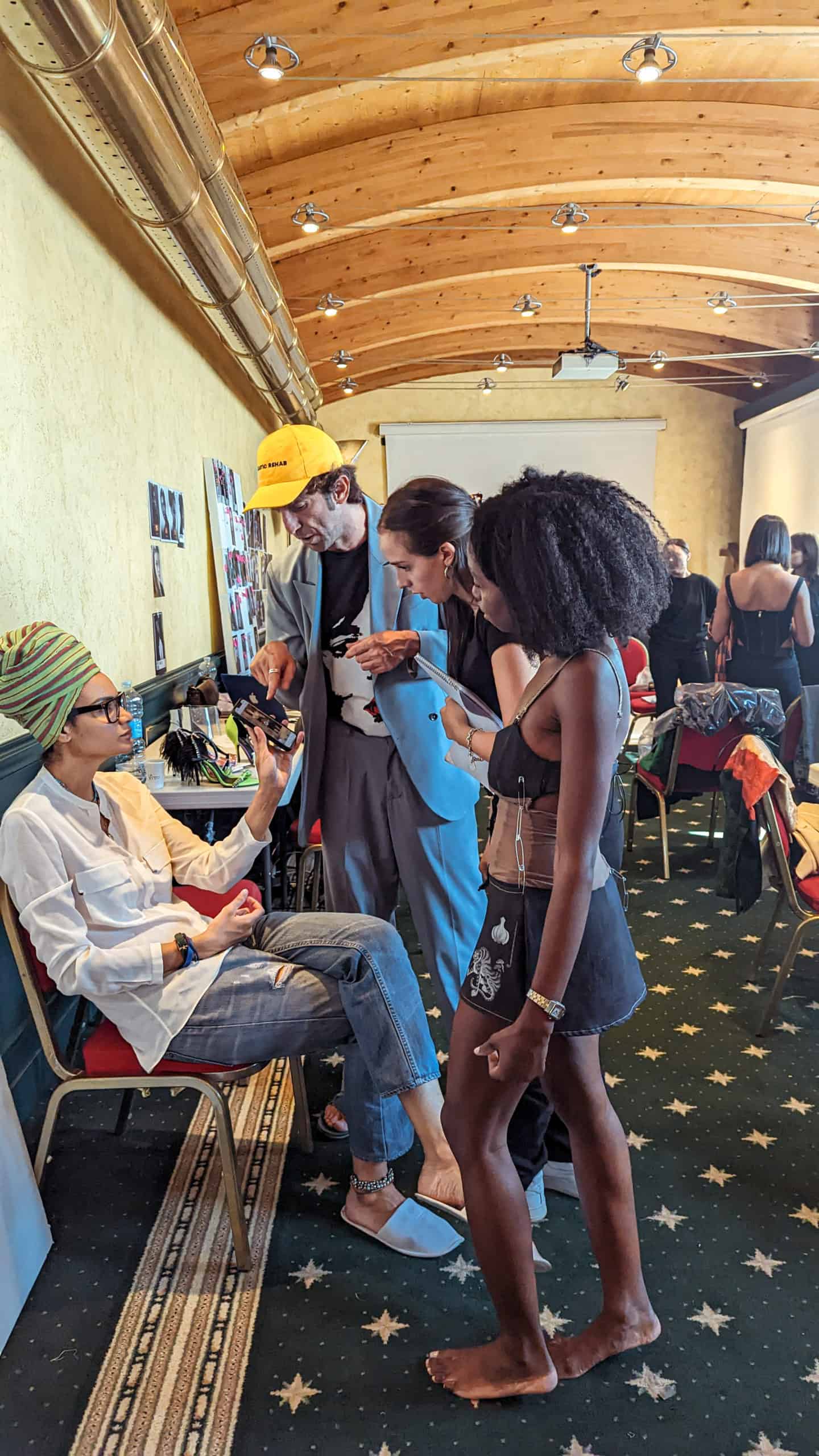 Fitting the day before show 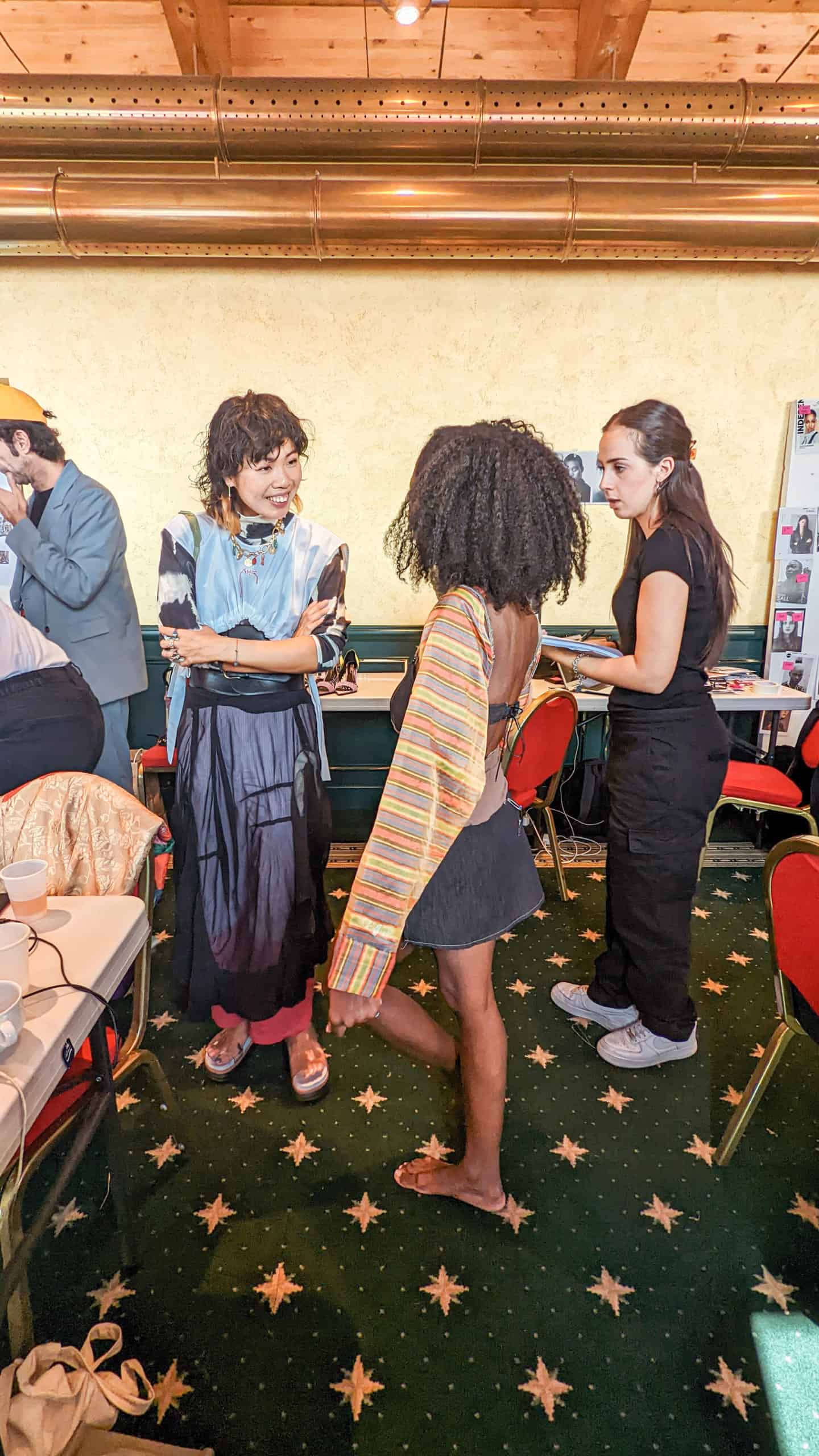 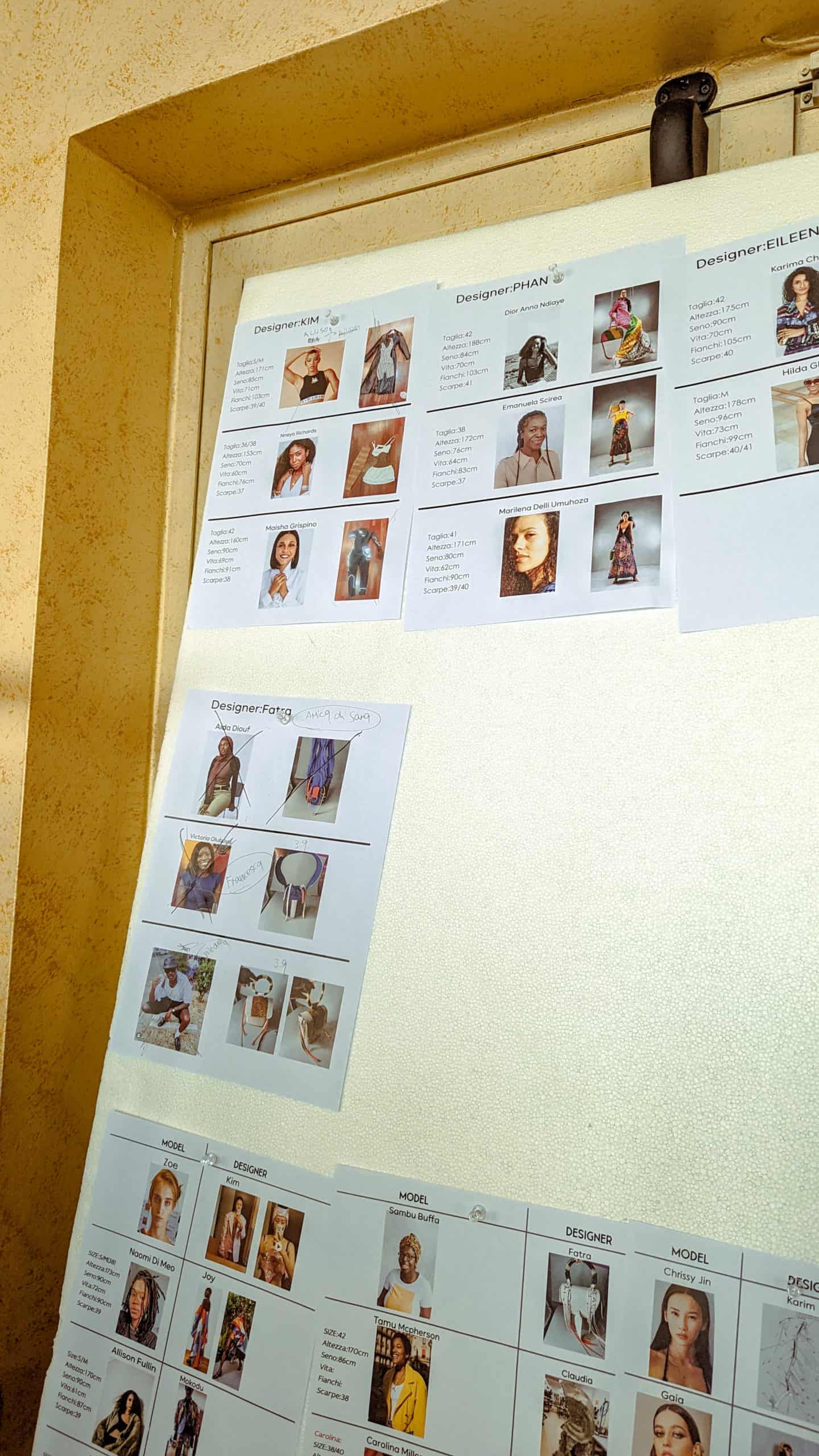 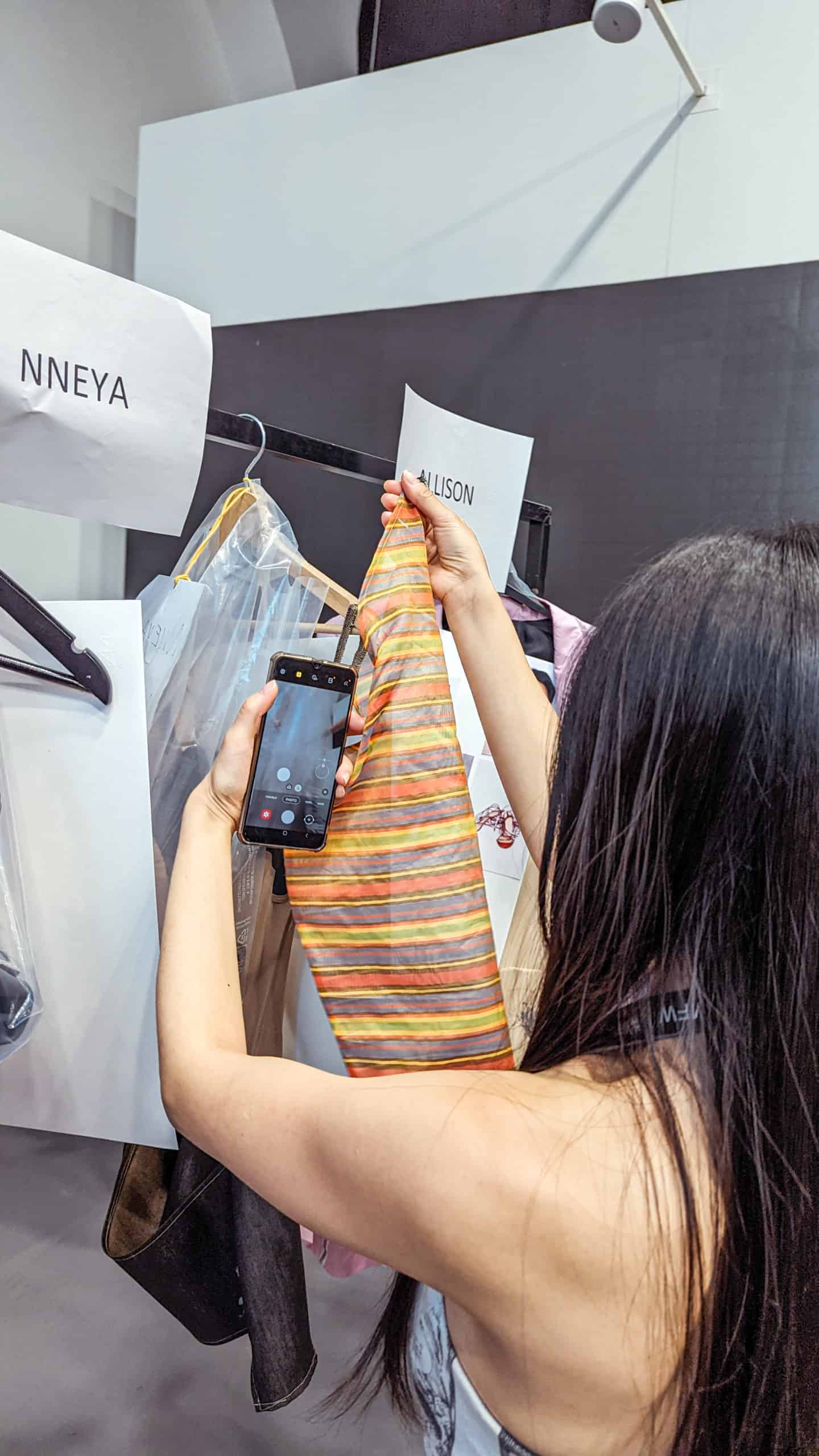 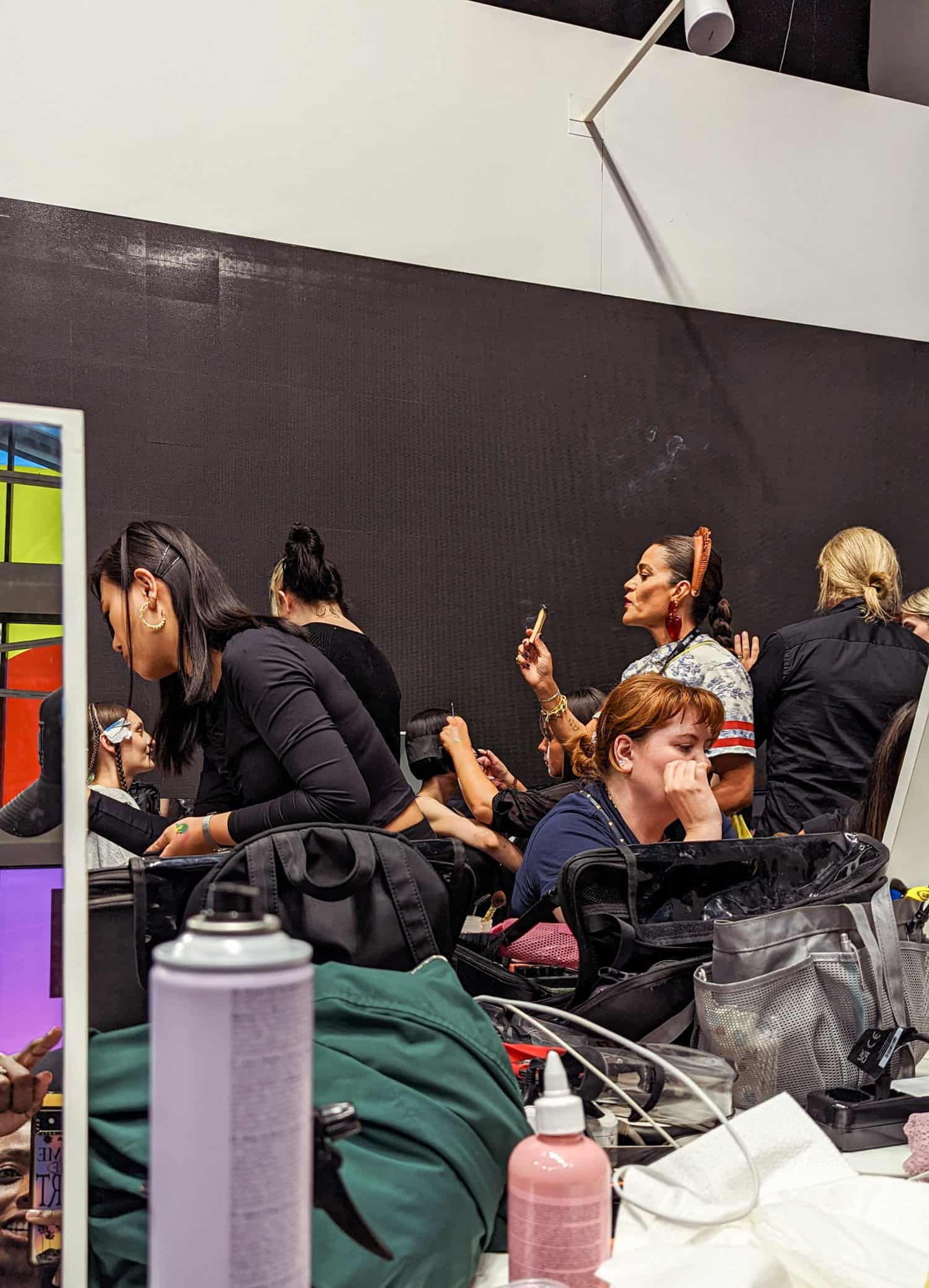 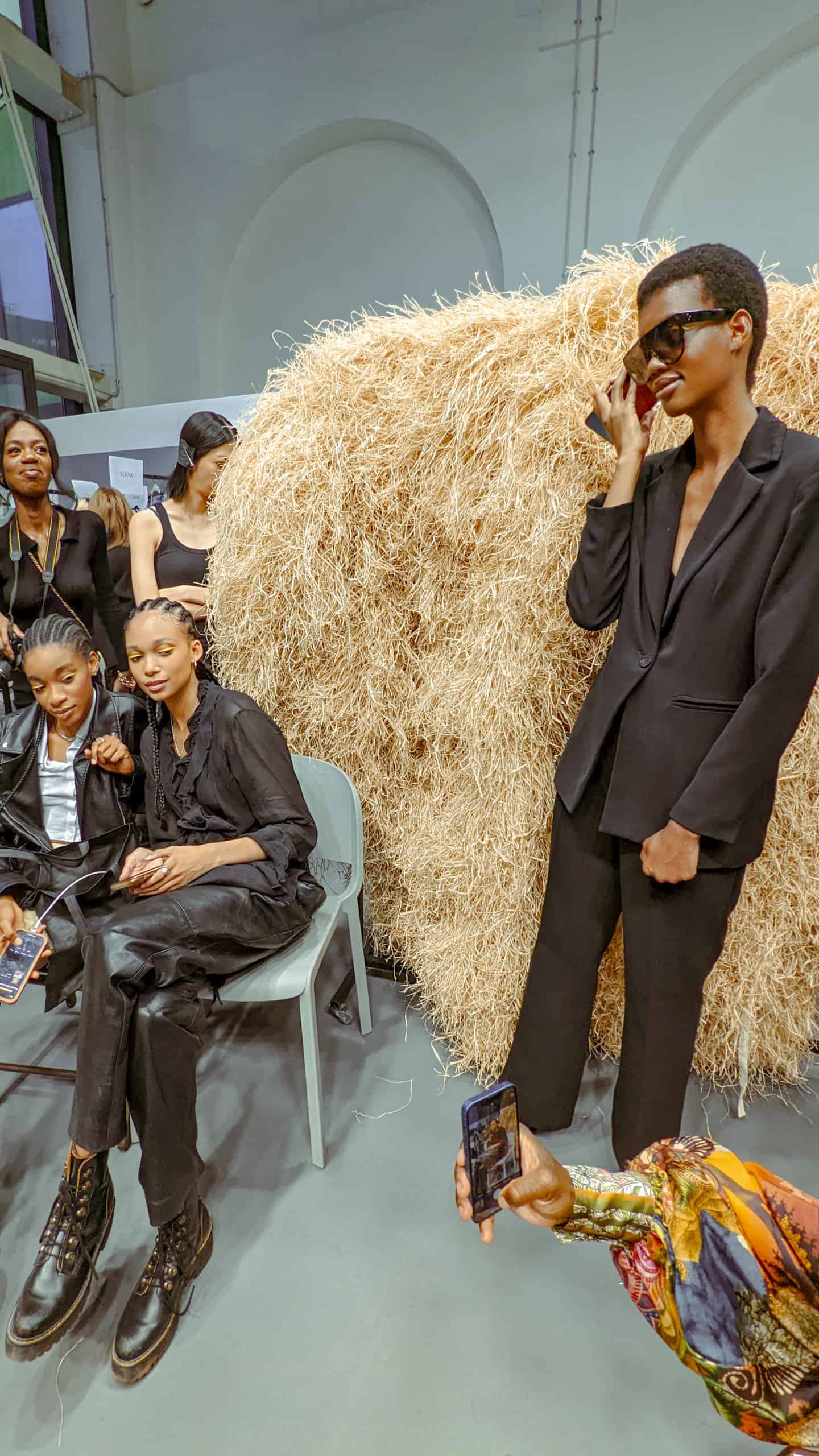 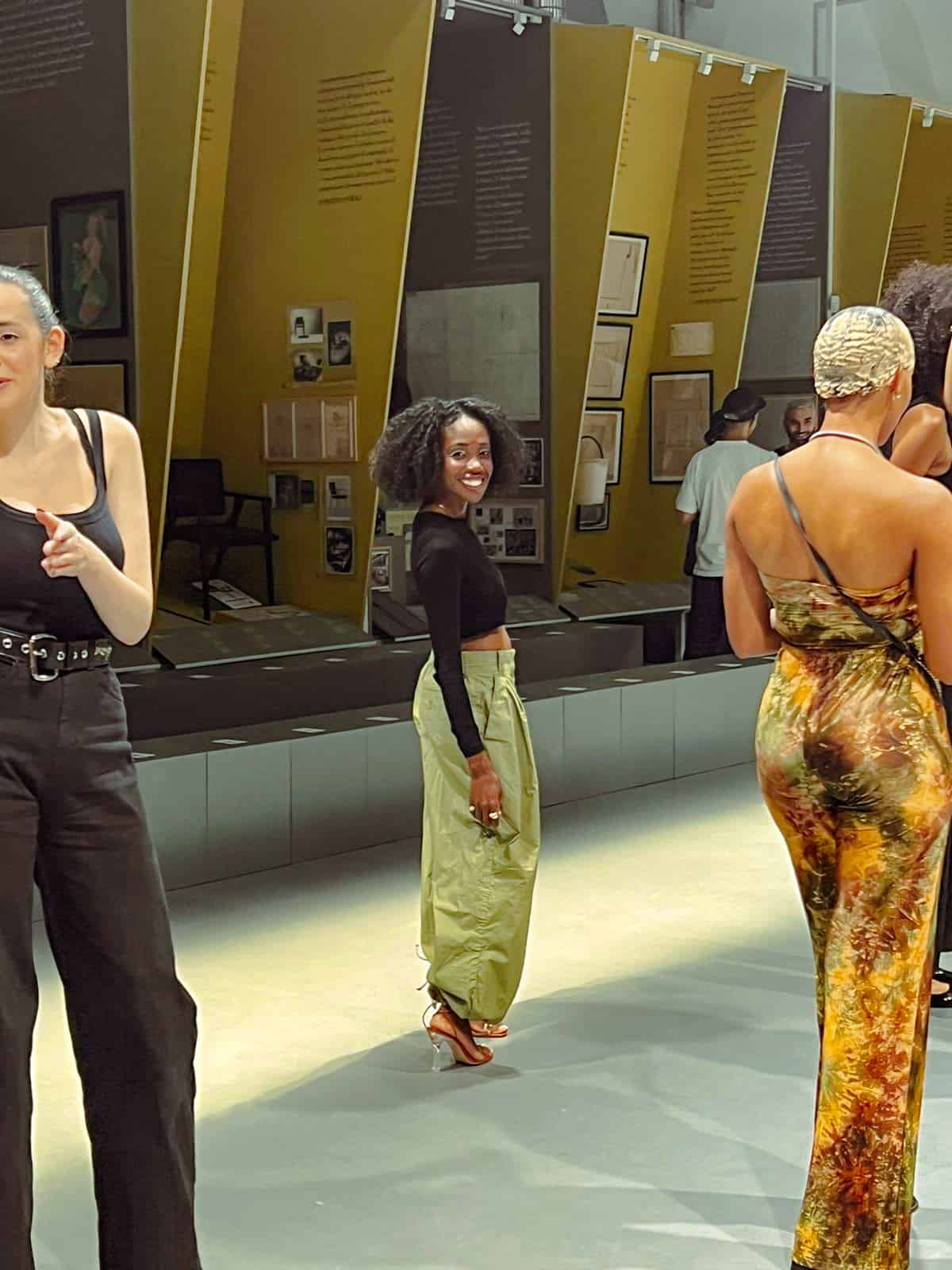 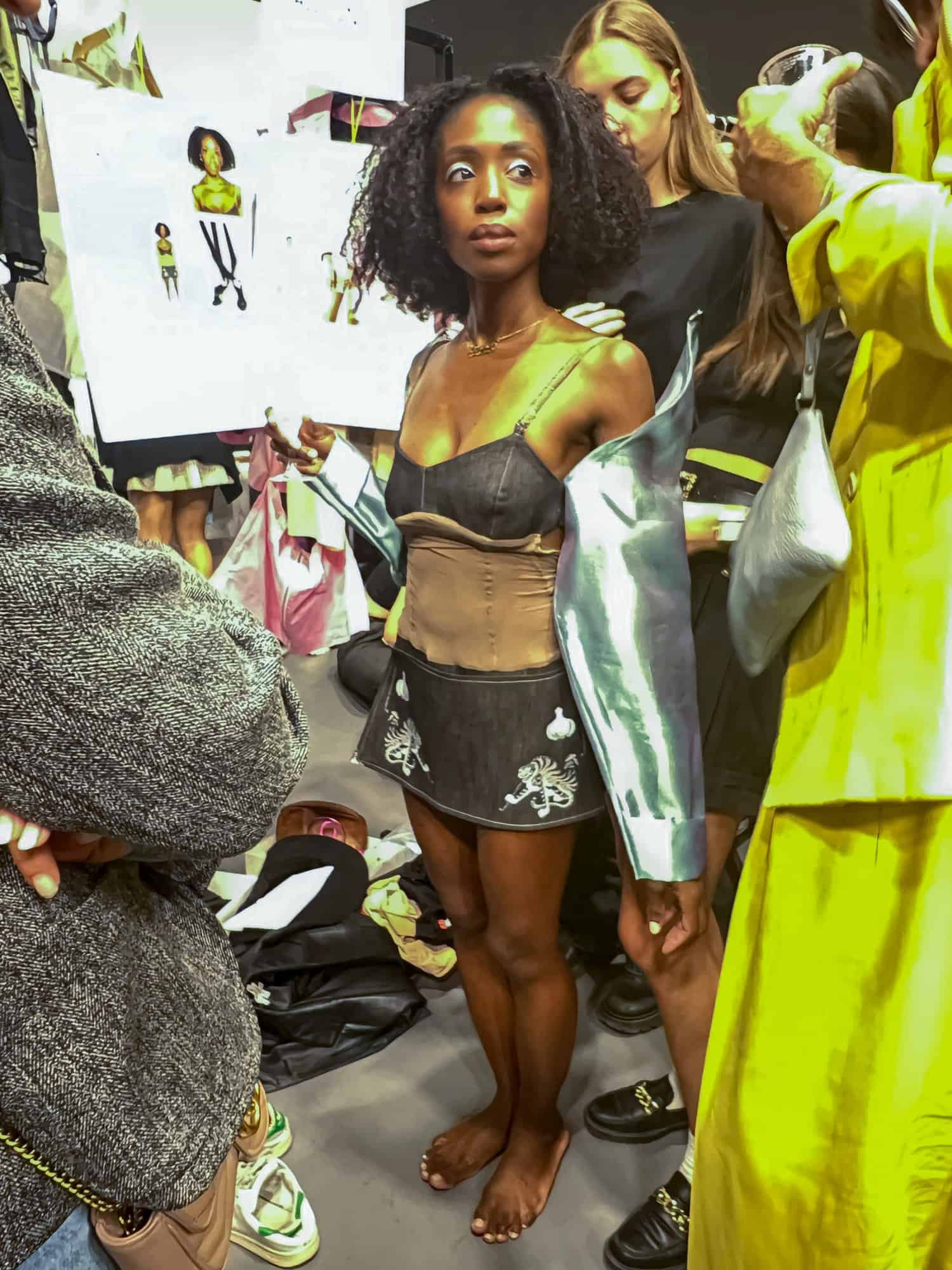 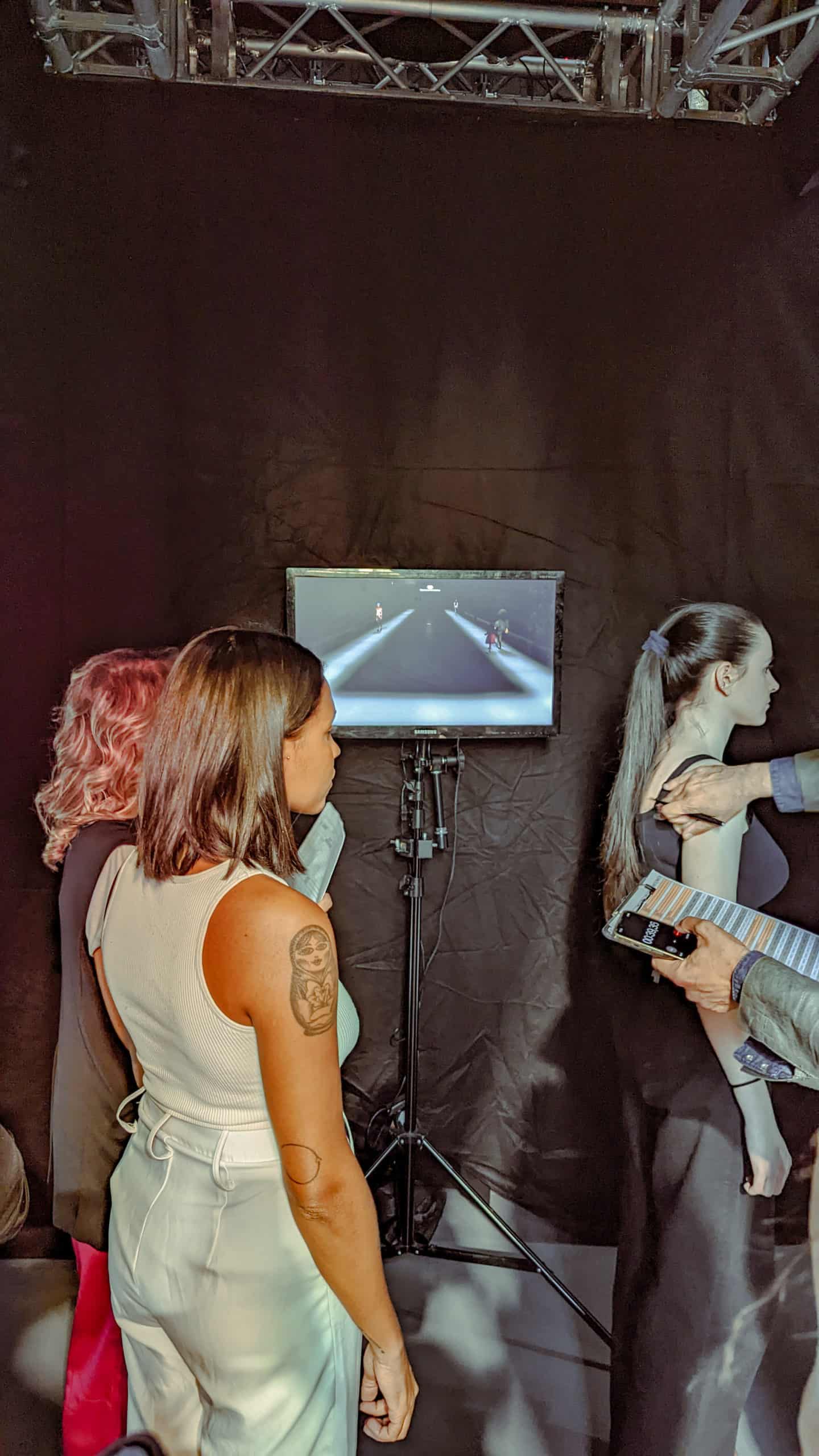 Watching the other girls from backstage 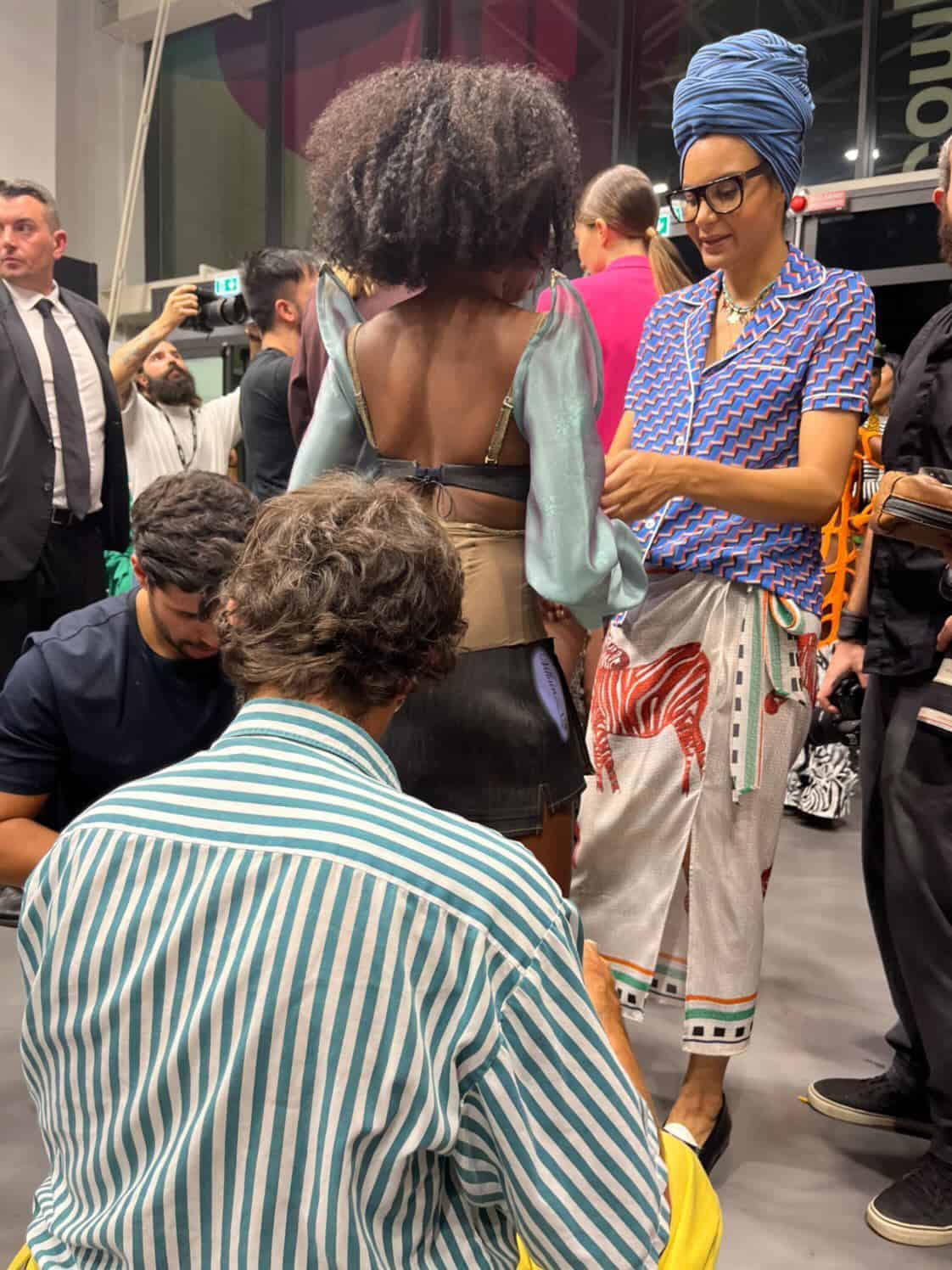 Kim, Stella, and Manos make last minute changes before I hit the runway 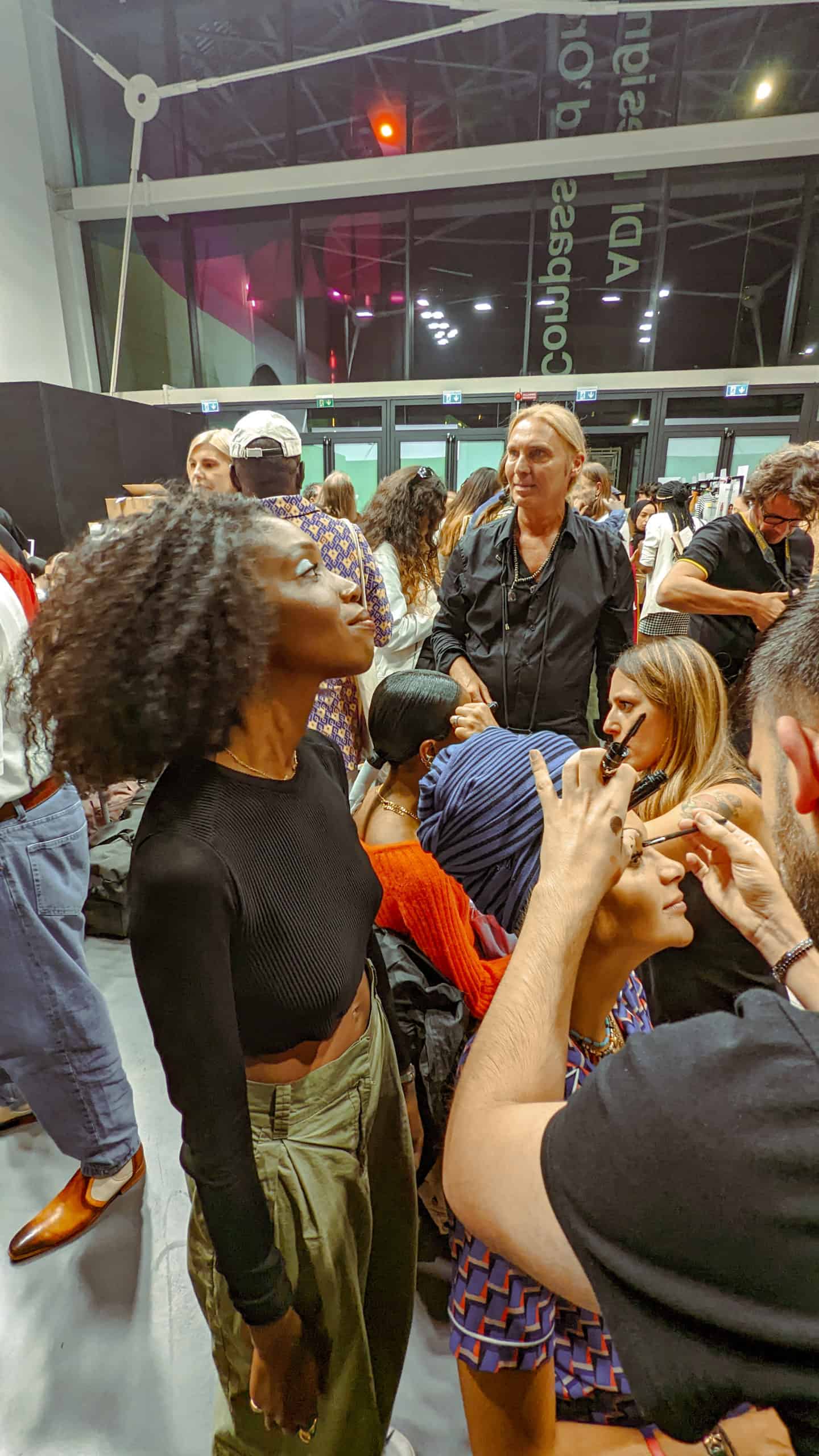 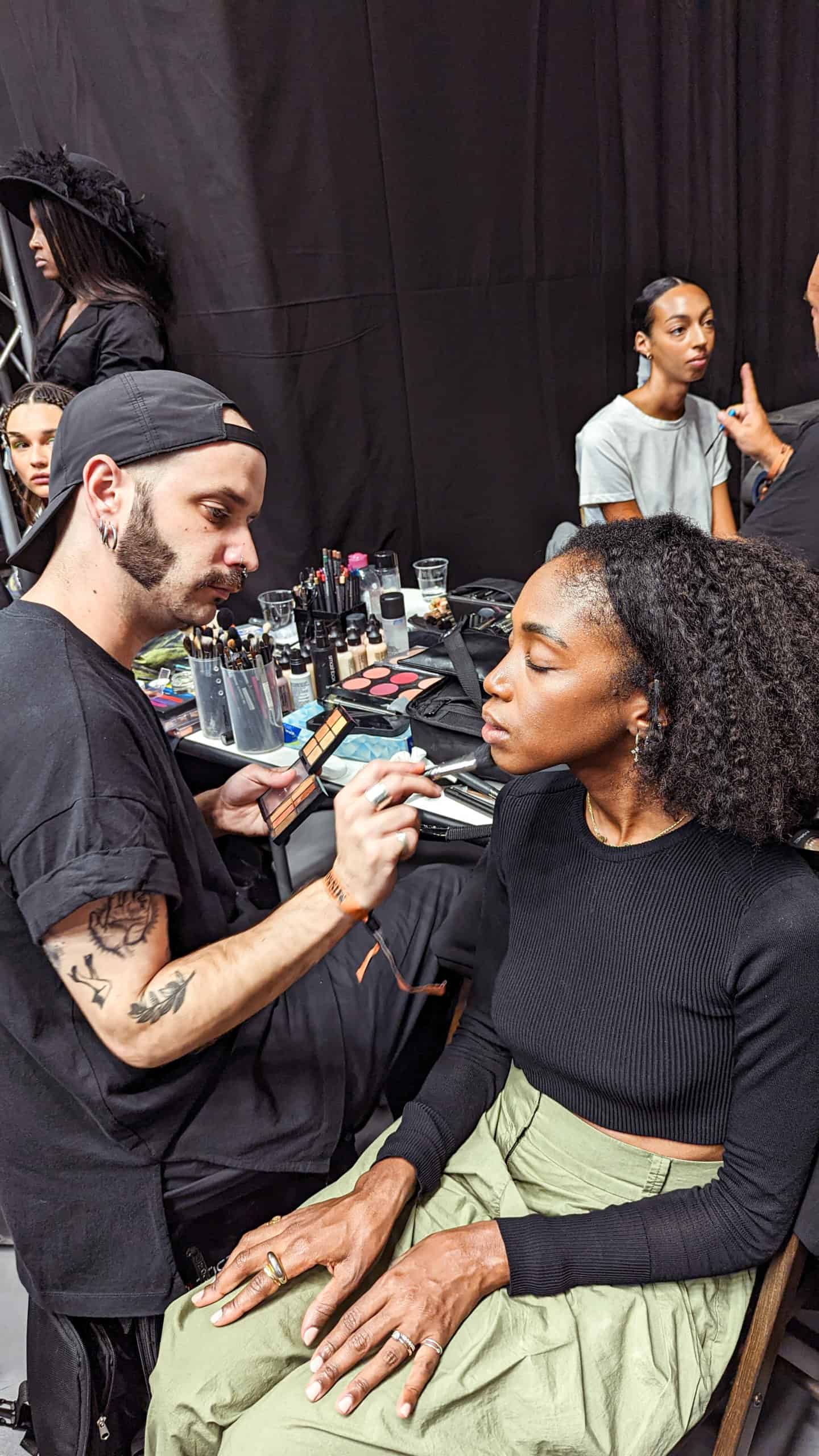 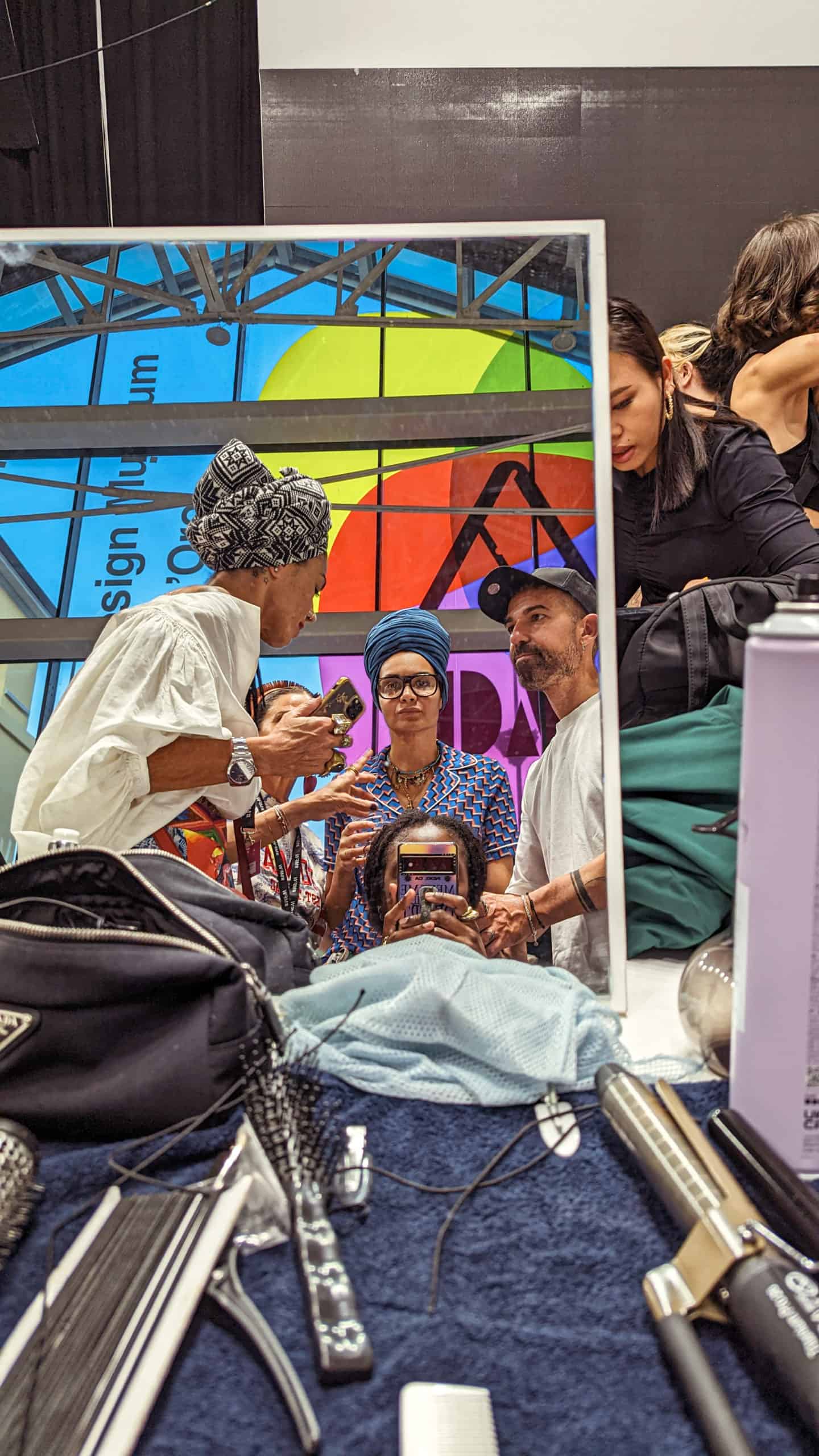 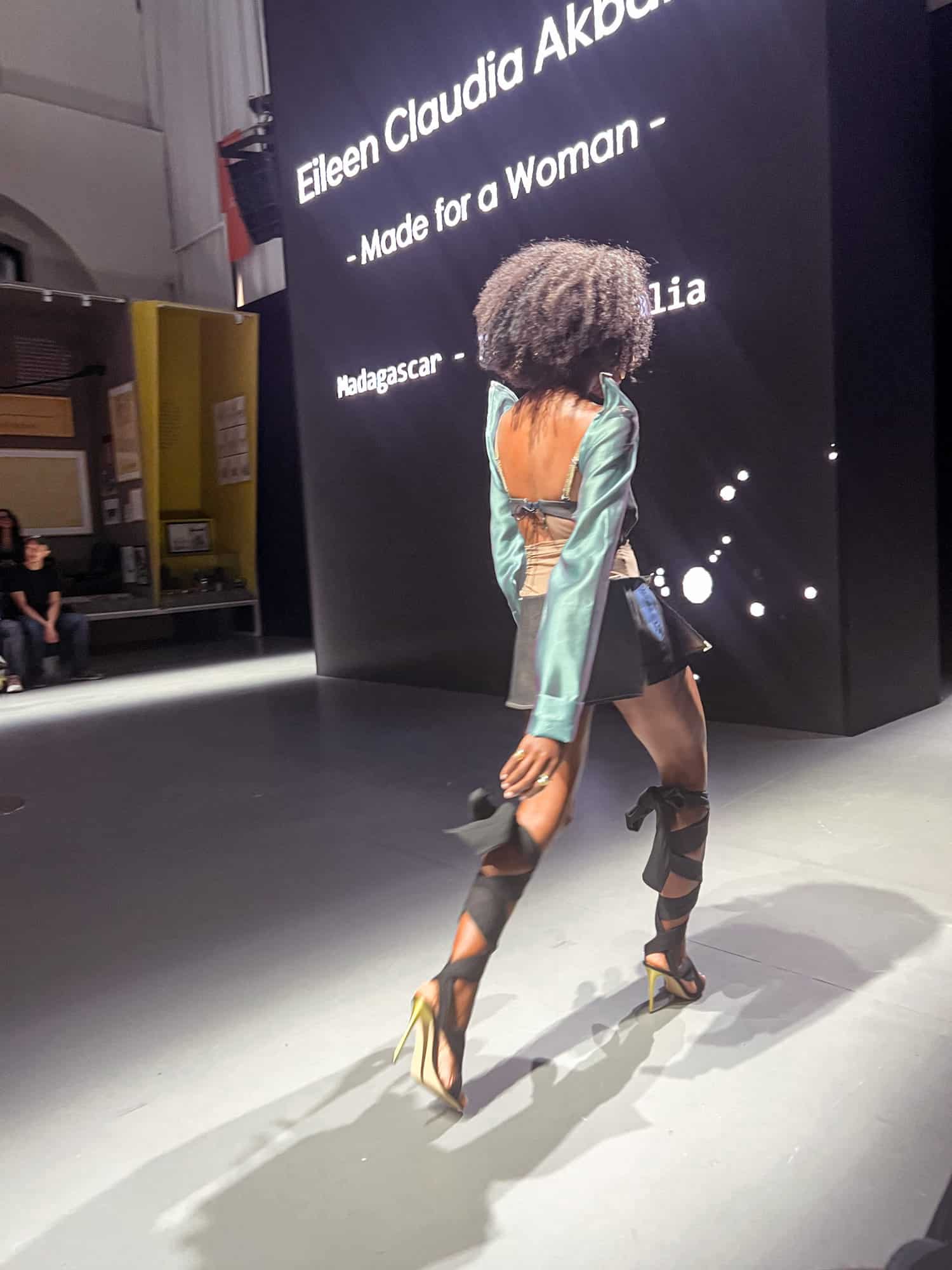 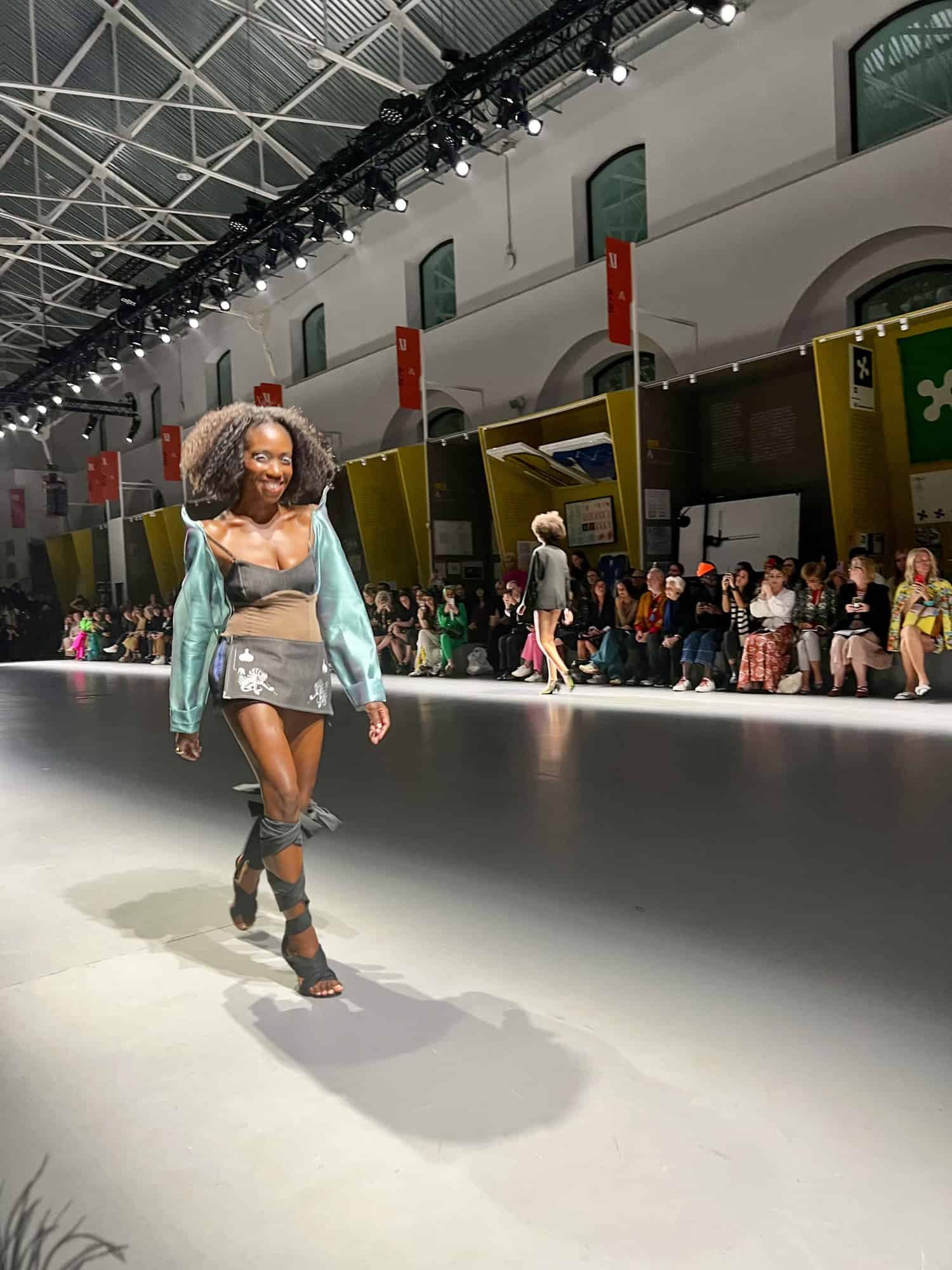 Seeing my husband and friends from New York 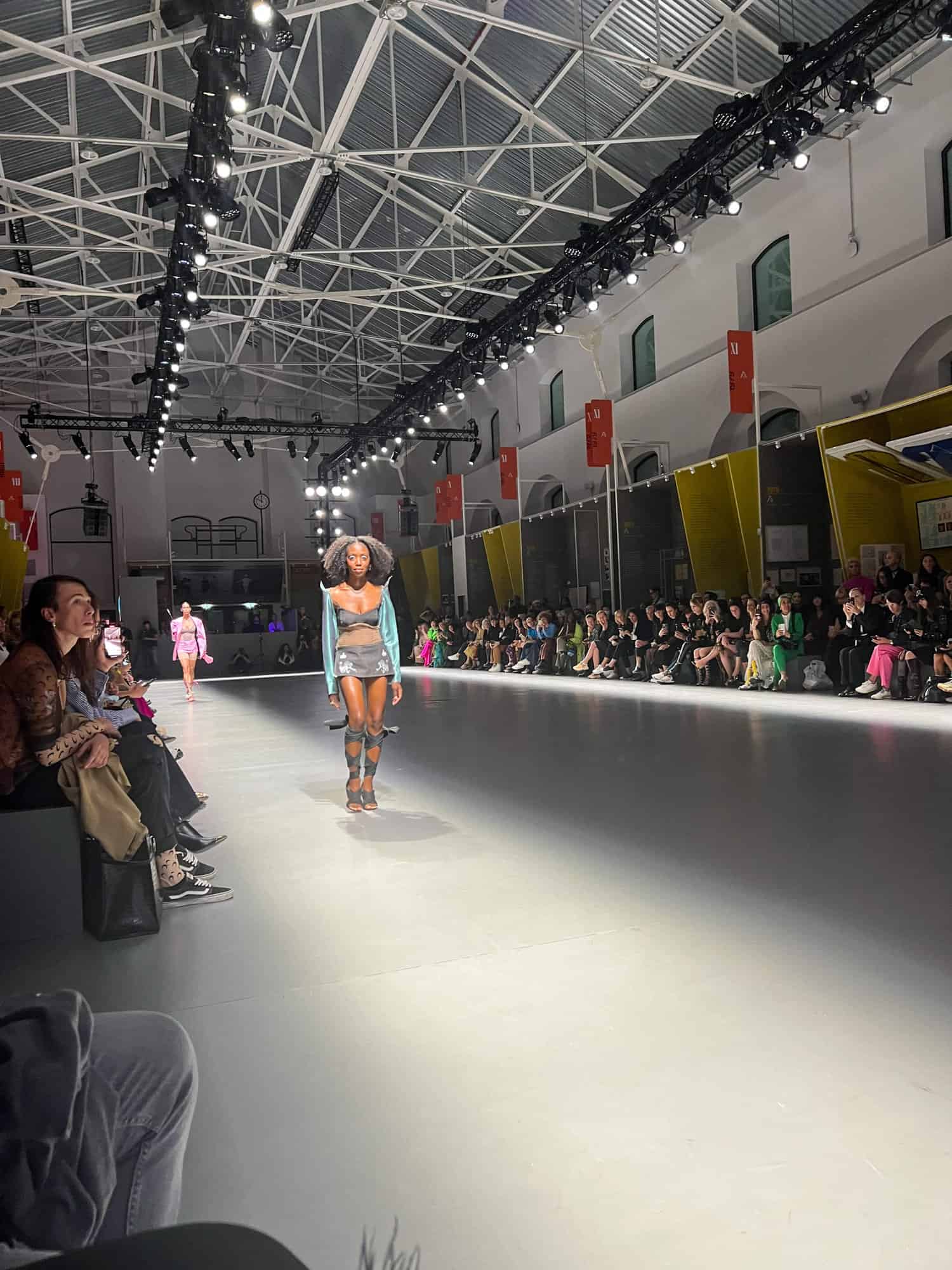 It all happened so fast 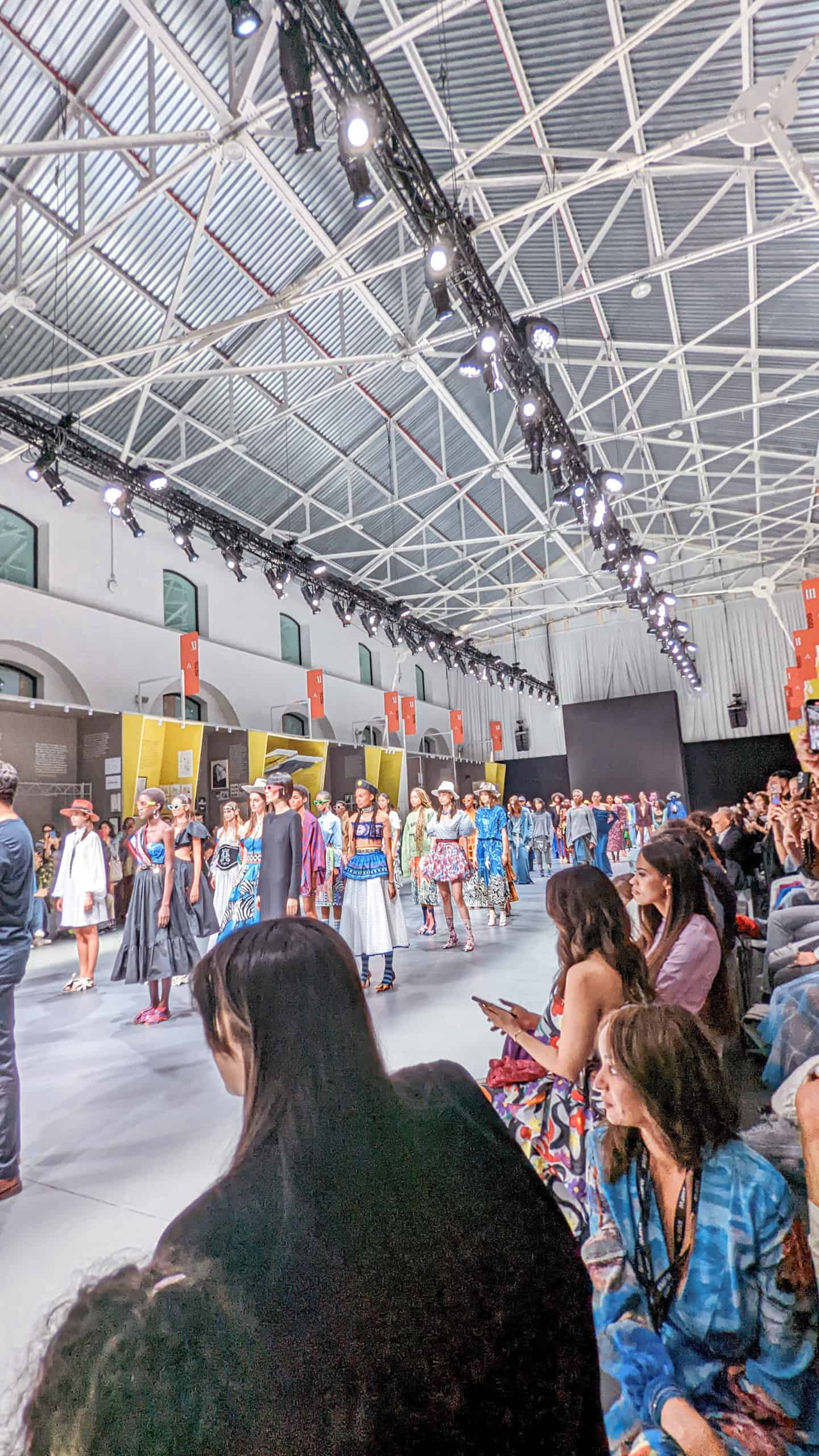 A powerful moment of diversity 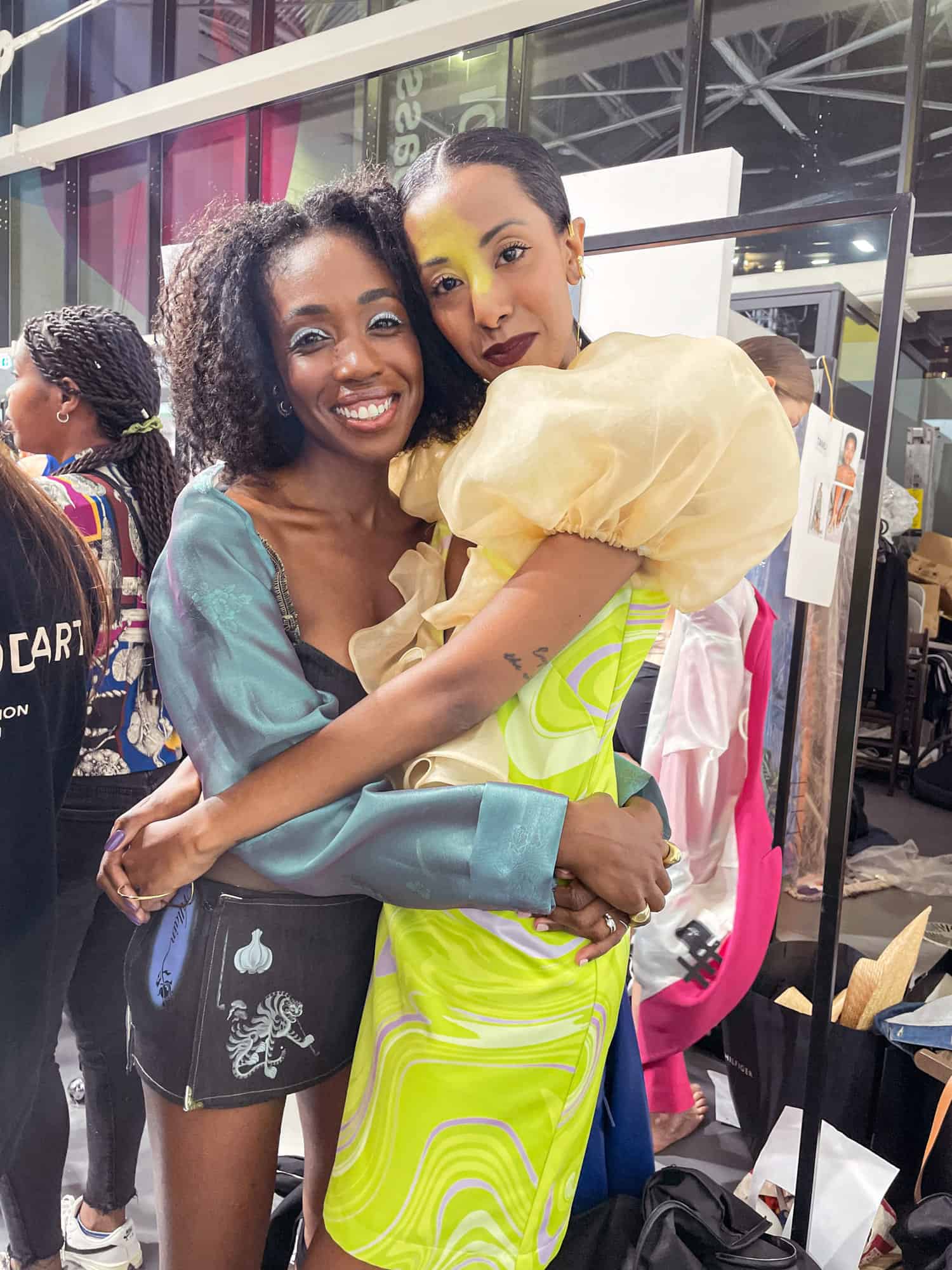 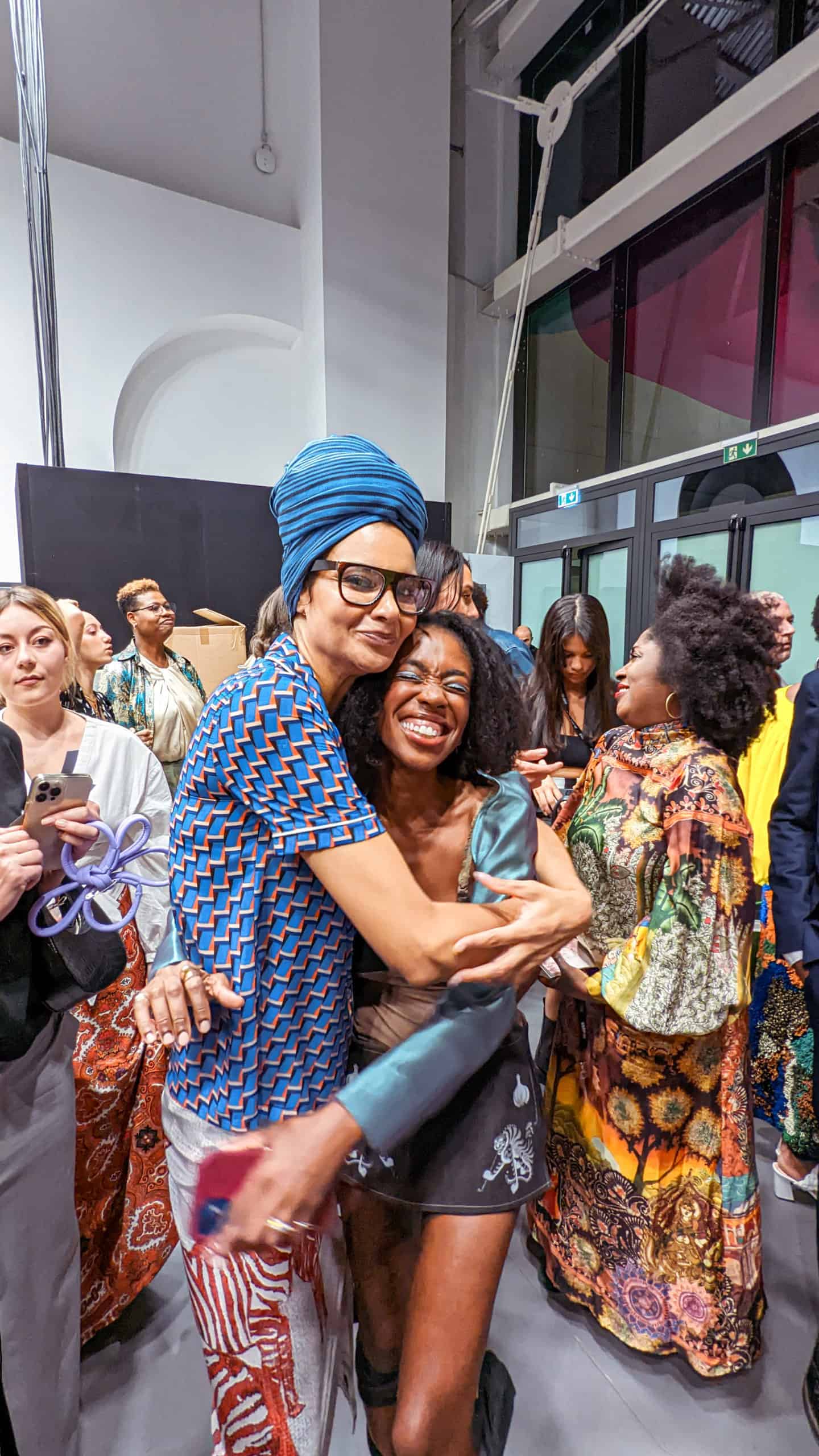 A moment with Stella 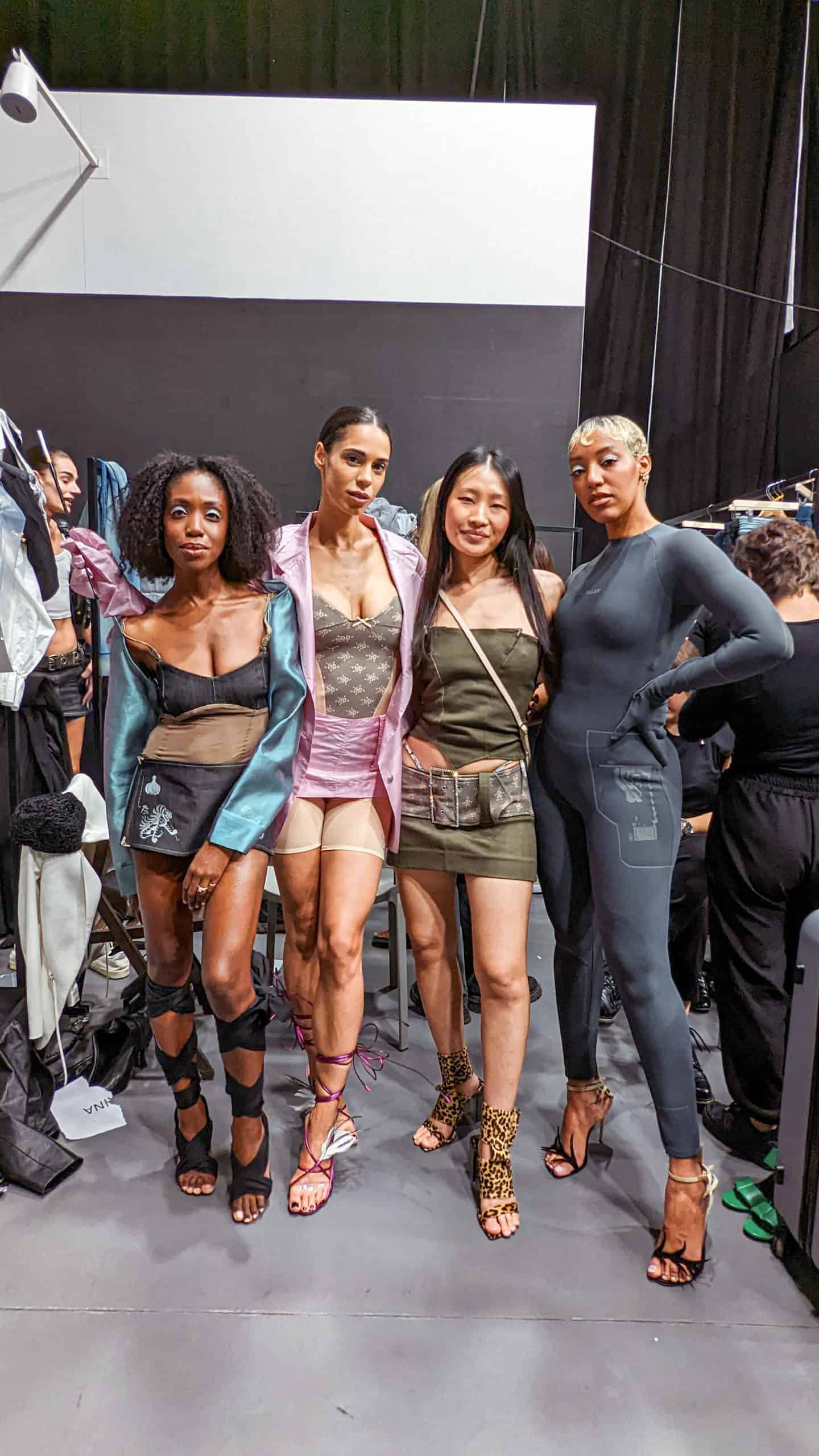 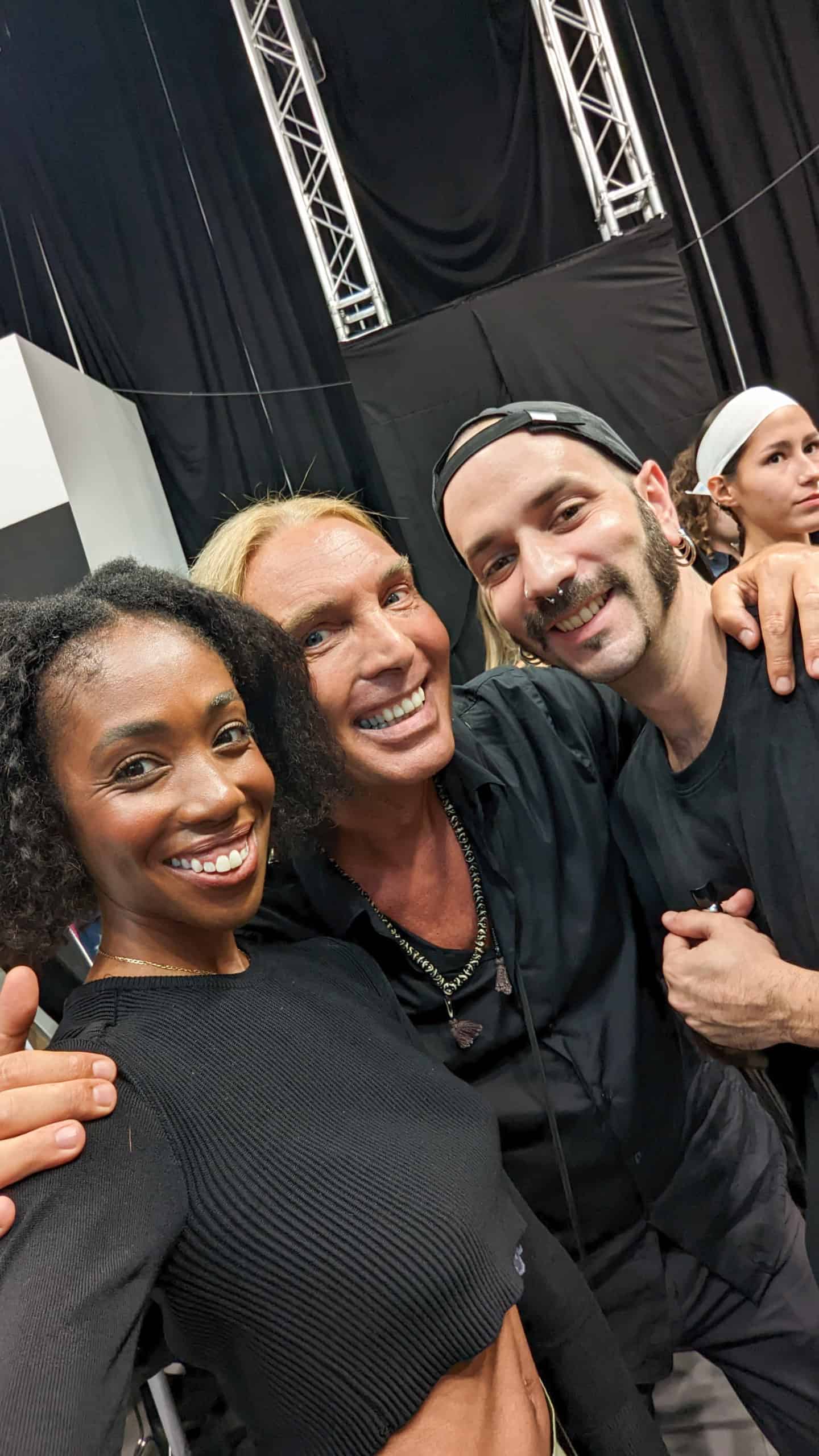 Backstage with make up artists michele and sebi 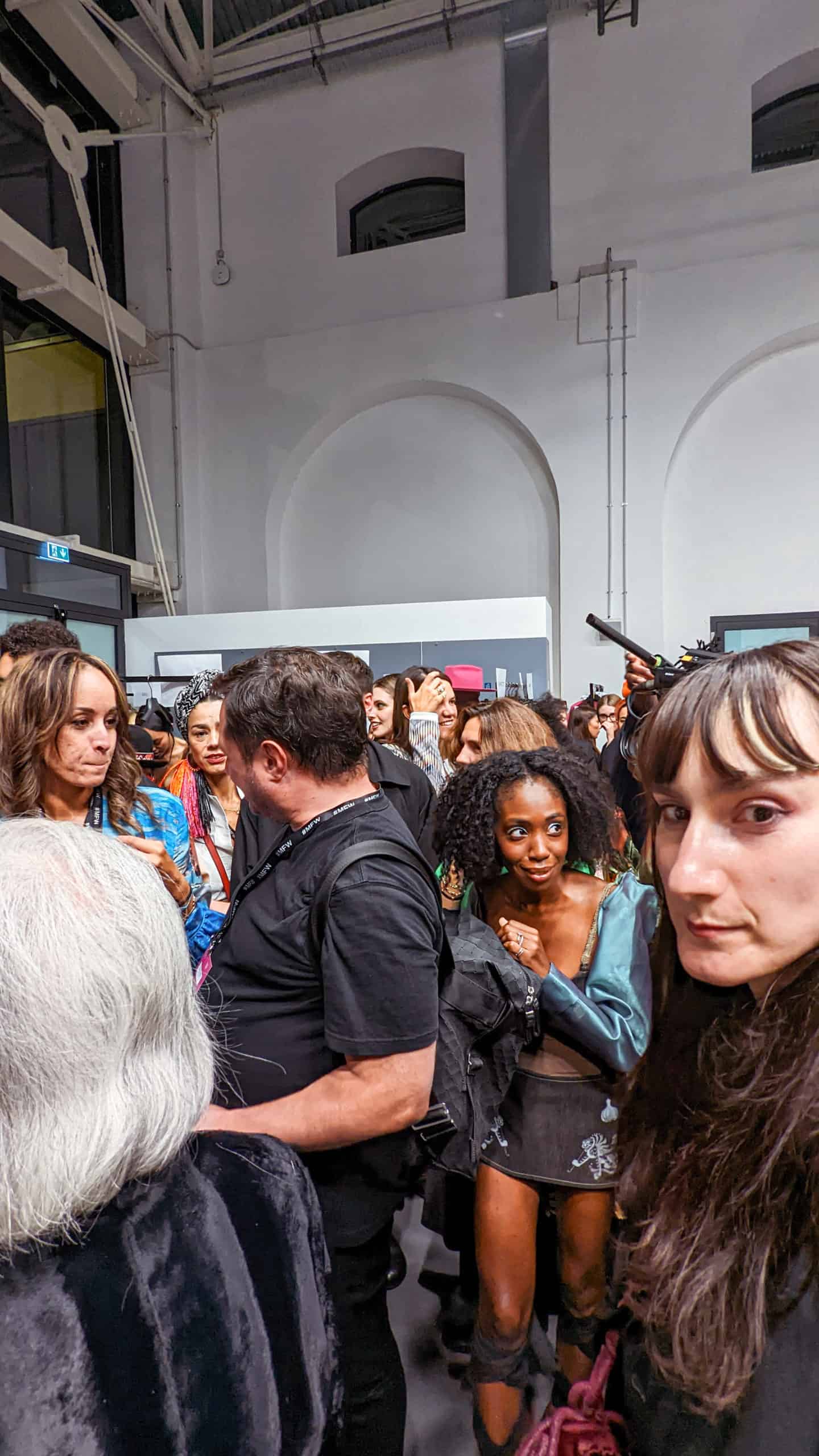 My husband catching me backstage 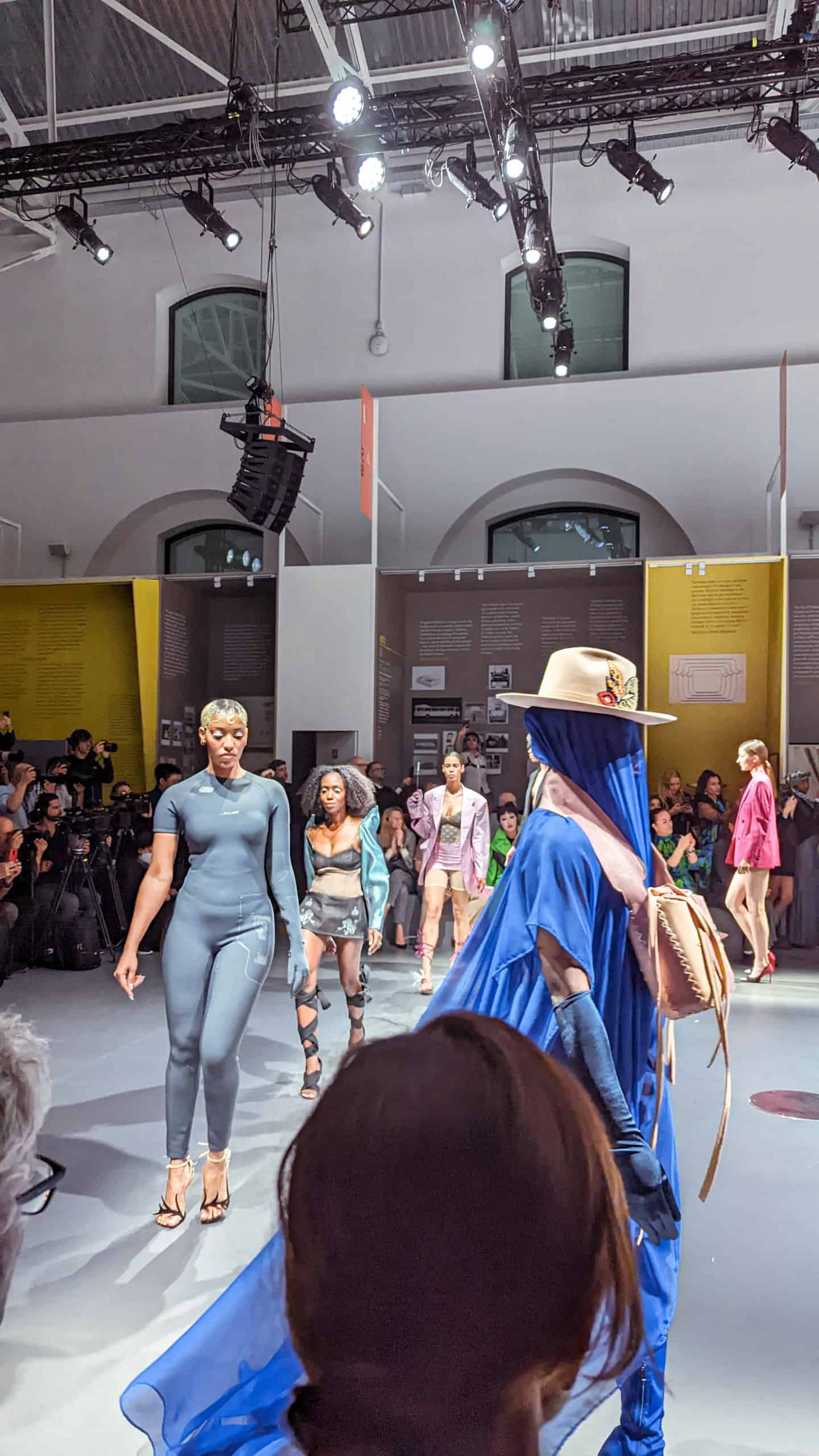 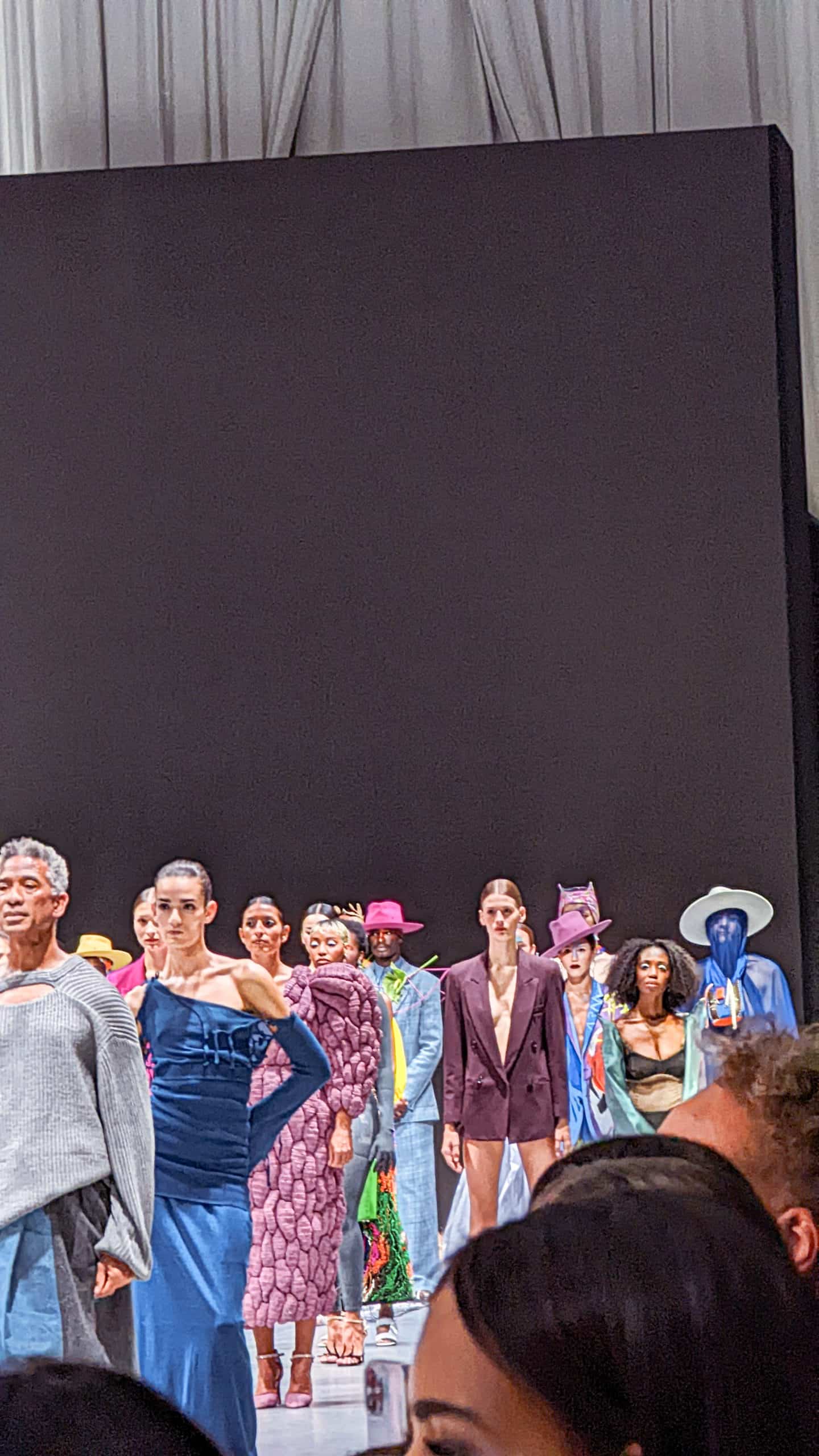 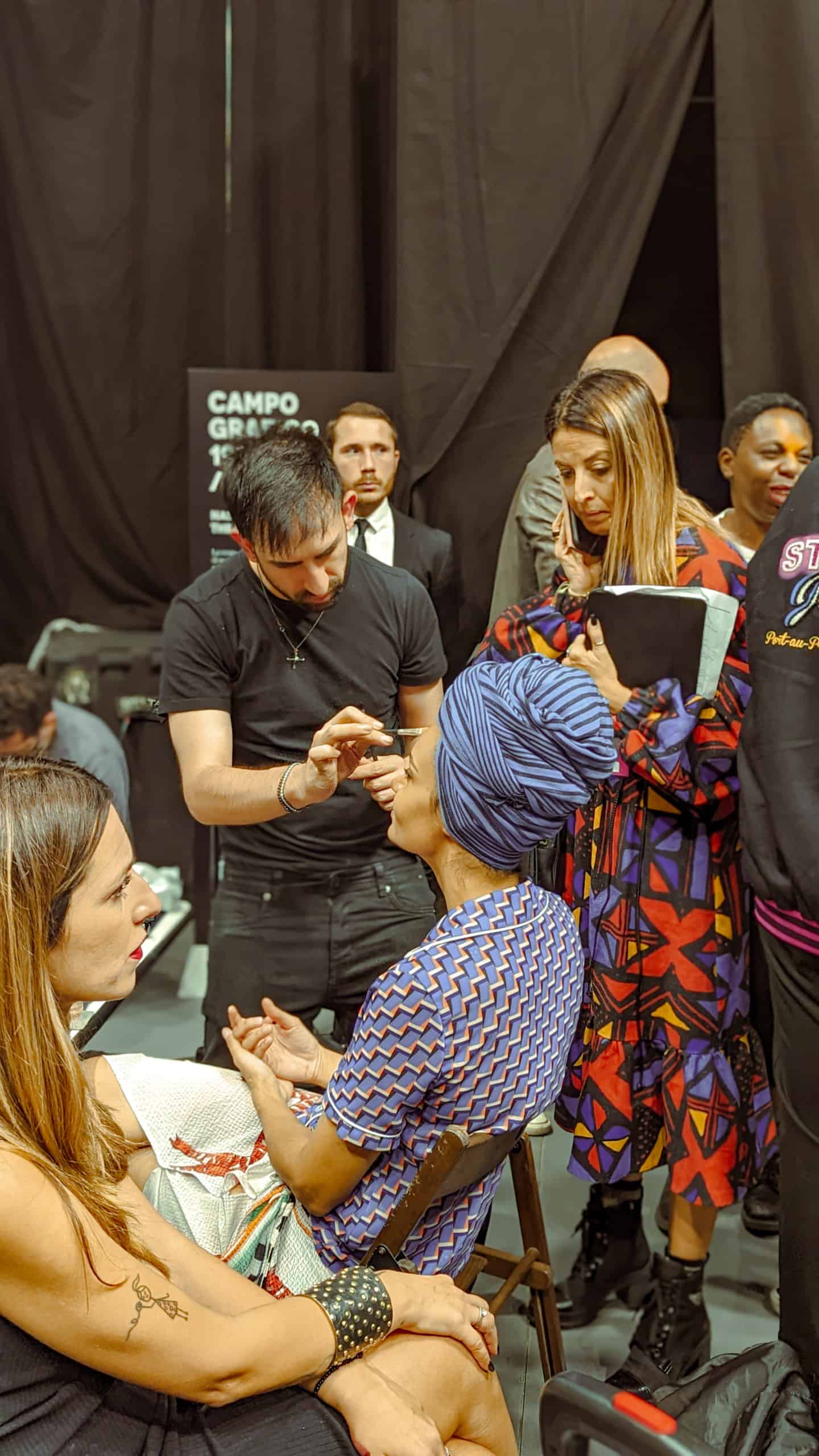 Stella in the make up chair 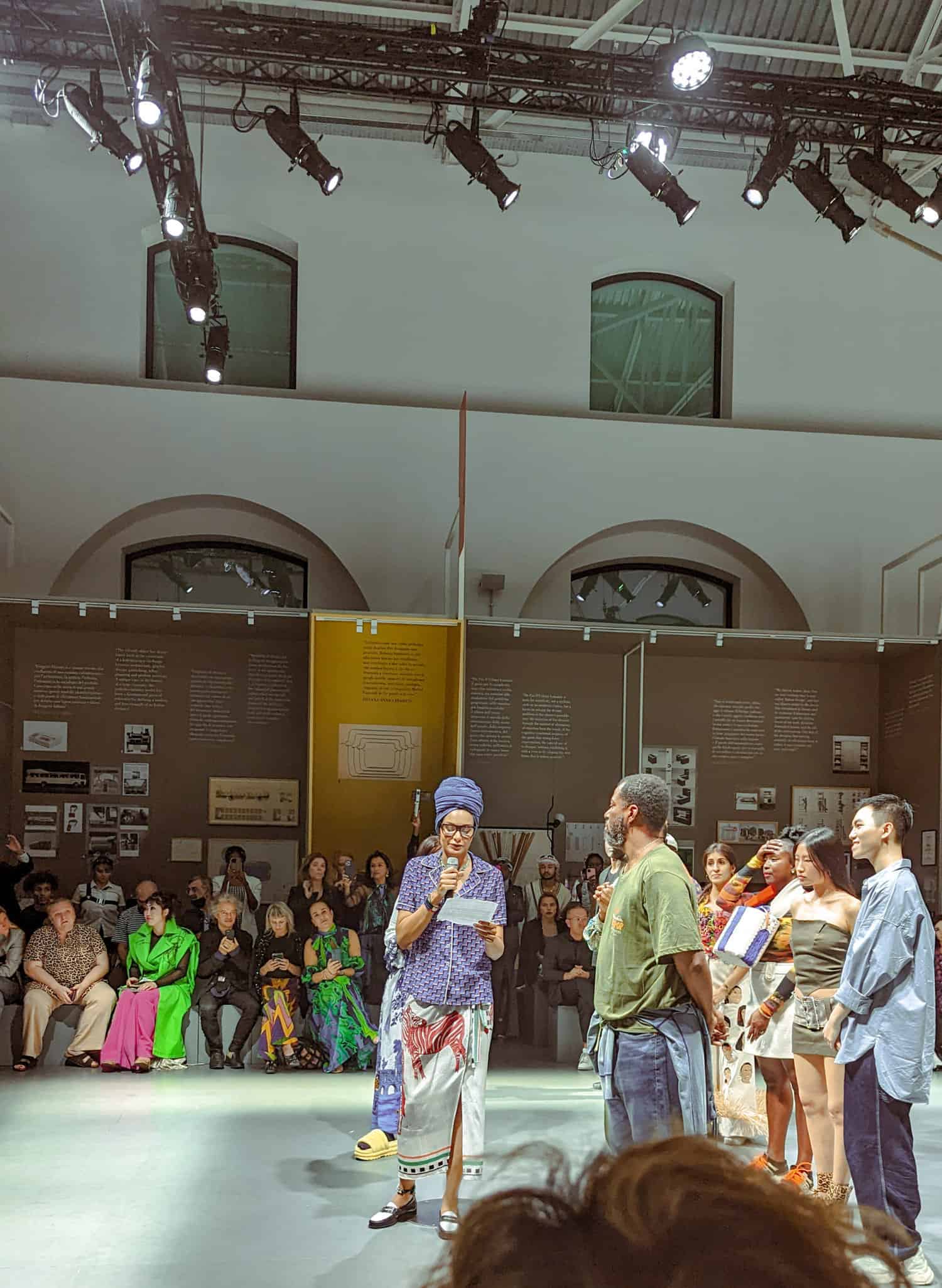 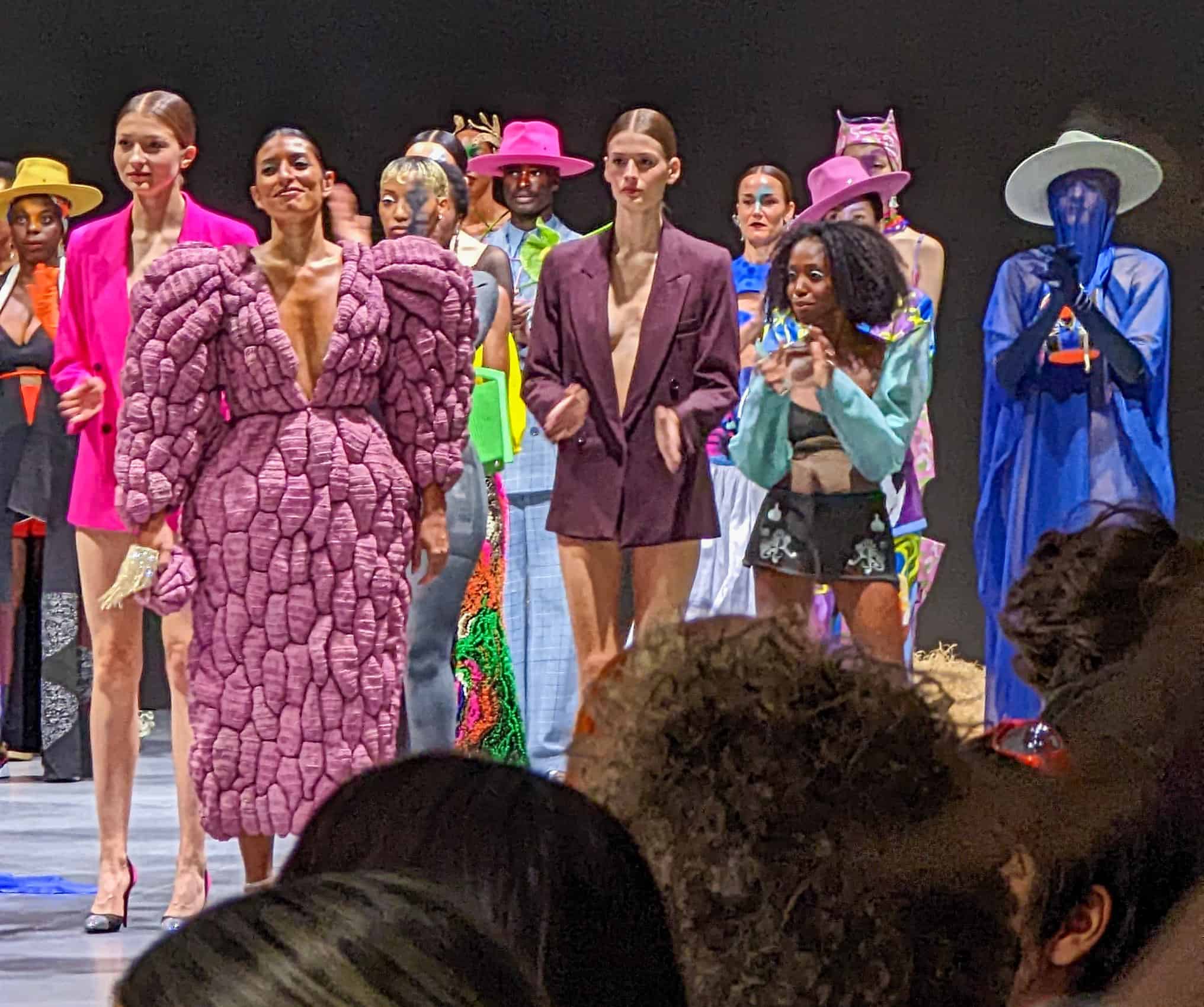 Set at the ADI Design Museum, a stone’s throw away from the heart of Milan’s Chinatown, Via Paolo Sarpi, the show itself opened with beautiful layered knitwear from Sansonvino 6 and then highlighted Eileen Claudia Akbaraly’s Made for a Woman, Akila Stewart’s FATRA bags, Neha Poorswani Runway Reinvented shoes, Phang Dang Hoang, and Kim Gaeun’s Villian. The runway event was then closed out by Stella Jean’s colorful, crochet, raffia collection.

Poignantly, after the finale, there were few dry eyes in the house as Stella Jean’s moving speech implored people to vote in Sunday’s very pressing election in regards to these very same social issues. “Together, all of us, we are MADE IN ITALY,” the audience erupted.

Watch The Dior Spring Summer ’23 Show Live From PFW Tomorrow At 8.30AM EST