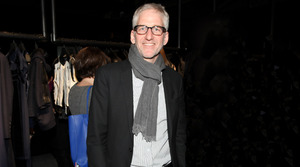 (NEW YORK) One month after the sale of Juicy Couture from Fifth & Pacific Co. Inc. to Authentic Brands Group, the brand’s CEO, Paul Blum, will be stepping down. Blum, who has been with Juicy Couture since December of last year, made the decision to leave due, in part, to that $195 million dollar deal.

During Blum’s stint at Juicy, he expanded the brand globally, introduced line extensions, and strengthened the label’s marketing presence through digital and social media outlets. With the transition from Fifth & Pacific to ABG, the brand will sign on with operating partners and licensees. Most recently, Kohl’s announced plans to carry Juicy Couture products in their stores by Fall 2014. Despite his upcoming departure, Blum plans to stay on top of sales and marketing of Juicy’s fall and holiday collections, enabling a smooth transition to the licensees following his departure.

Blum will continue at his post through the early stages of the acquisition, with his departure effective on January 31st. Prior to helming Juicy Couture, Blum was CEO of Kenneth Cole, a company he first joined in 1990. Throughout Blum’s 15-year tenure, he rose through the ranks, landing positions including president and COO, until he left the company in 2005 to become the CEO at David Yurman. Five years later, Blum returned to Kenneth Cole, as the vice chairman, a position he held until the departure of Jill Granoff opened up the chief executive officer role for Blum to fill. Following Blum’s exit from Kenneth Cole, the designer himself returned to the top spot at his namesake brand as the CEO.

As of yet, ABG has not named a successor to Blum. However, Jamie Salter, the CEO of ABG, plans to decide on the future leader of Juicy Couture in the near future, with input from the licensees the brand will be pairing up with.

Suno Unveils A Capsule Collection For The Webster, Just In Time For Art Basel