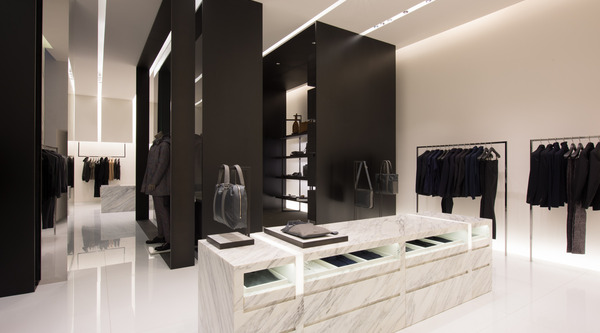 (NEW YORK) Calvin Klein Inc. will be celebrating its expansion globally, particularly in Asia, with a big bash in Singapore on April 11th. The event will span all product categories including Calvin Klein Collection, platinum label, jeans, underwear, and home. The event will take place at the former Kallang Airport and will mark the opening of four new Southeast Asian Calvin Klein Collection store openings with long-term licensee Club 21. On April 8th, a Collection store will open in The Shoppes at Marina Bay Sands in Singapore;  one day later, another Collection store will debut at Elements in Hong Kong. This duo of back-to-back store openings will be followed by Collection store debuts at the Central Embassy in Bangkok in May, as well as the Pavilion Kuala Lumpur in Malaysia in July. It will also be the first time Calvin Klein Jeans and Calvin Klein Underwear will be presented in Asia since the two lines were brought back in-house last year.

On the night of April 11th, the shindig will feature a concept house created by architect Joshua Prince-Ramus that will be built inside a hangar on the grounds of the former airport, which has been designated an architectural landmark. “For the Singapore event, we created a concept house that mingles the Modernist sophistication befitting a Calvin Klein home with a little architectural disobedience, and a touch of voyeurism,” said Prince-Ramus in a statement. There will be over 30 models wearing looks from the Fall lines of Calvin Klein Collection, Calvin Klein platinum label, Calvin Klein Underwear, and Calvin Klein Jeans amidst pieces from the Calvin Klein Home collection. The one-night-only stylish soiree will be the brand’s biggest event of the year.