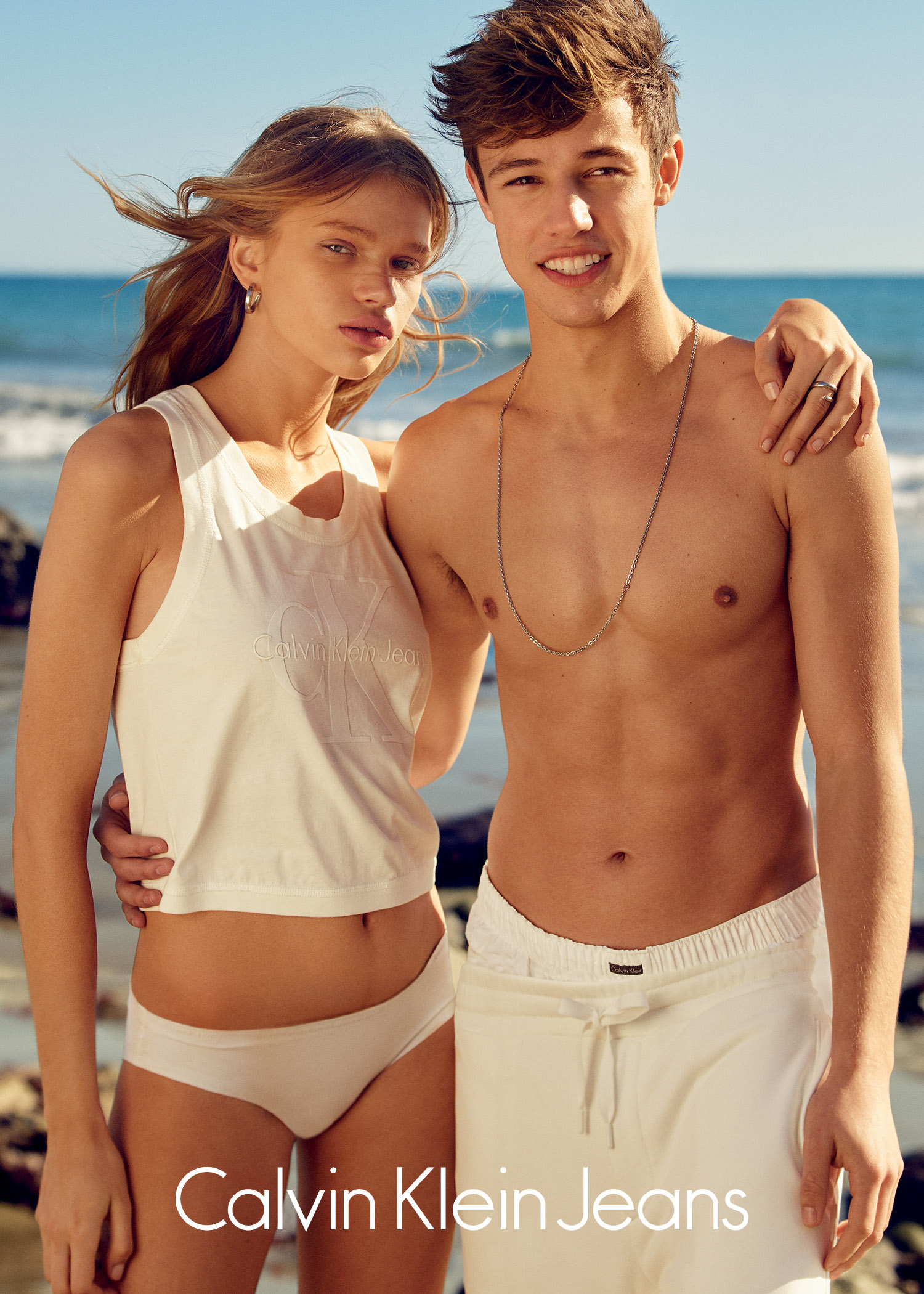 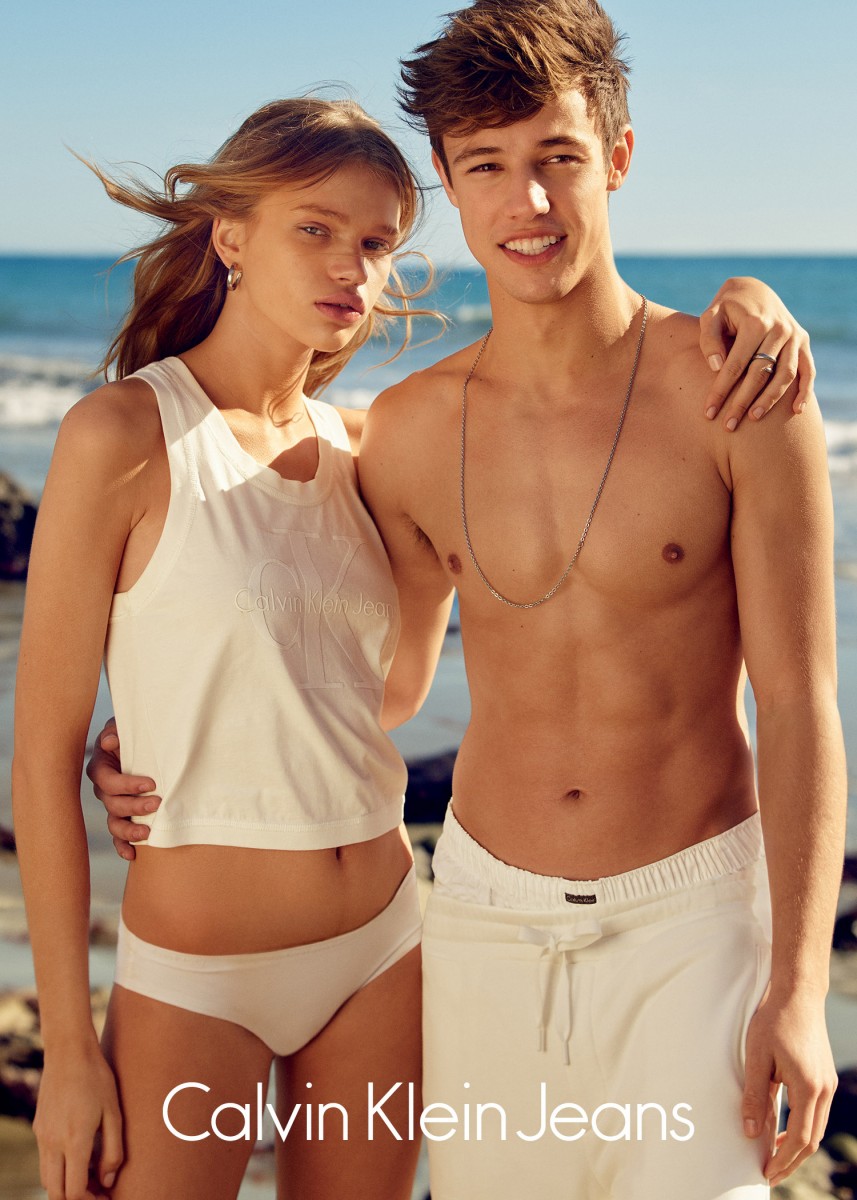 Back in 2011 when people were Tweeting whatever was on their minds, Internet personality and IMG mod Cameron Dallas used his 140 character privileges wisely. “I tweeted that I wanted to model for Calvin Klein, so it’s a dream come true to actually be in one of their campaigns,” Dallas said. “I’ve always been a huge fan of the brand.” Today he joins DNA mod Stella Lucia as the new face of Calvin’s limited-edition capsule of streetwear-inspired pieces that are available at calvinklein.com now. The new series consists of sweatshirts, tees, tanks, track pants, and shorts for both men and women, all in white knits. The looks also feature the iconic “ck” logo.

Jack Pierson shot Dallas and Lucia in Malibu, California, for the campaign that was produced under the creative direction of Calvin Klein’s in-house ad agency and creative studio. Dallas made a splash earlier this year when he attended the Calvin Klein Collection Men’s show in Milan, where he caused pandemonium in the streets from the teenage girls trying to catch a glimpse of him. Editors and buyers at the time weren’t familiar with him, or his (now) 11.6 million-deep Instagram following. 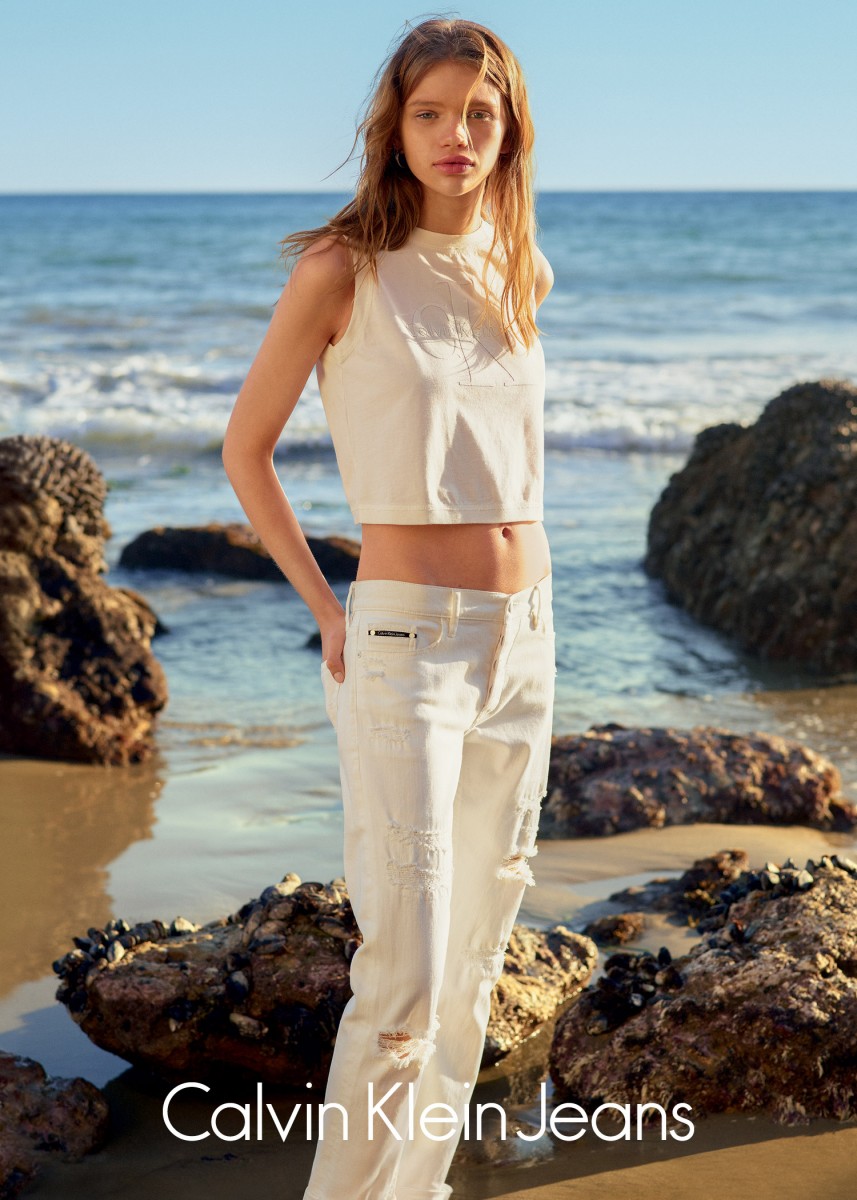 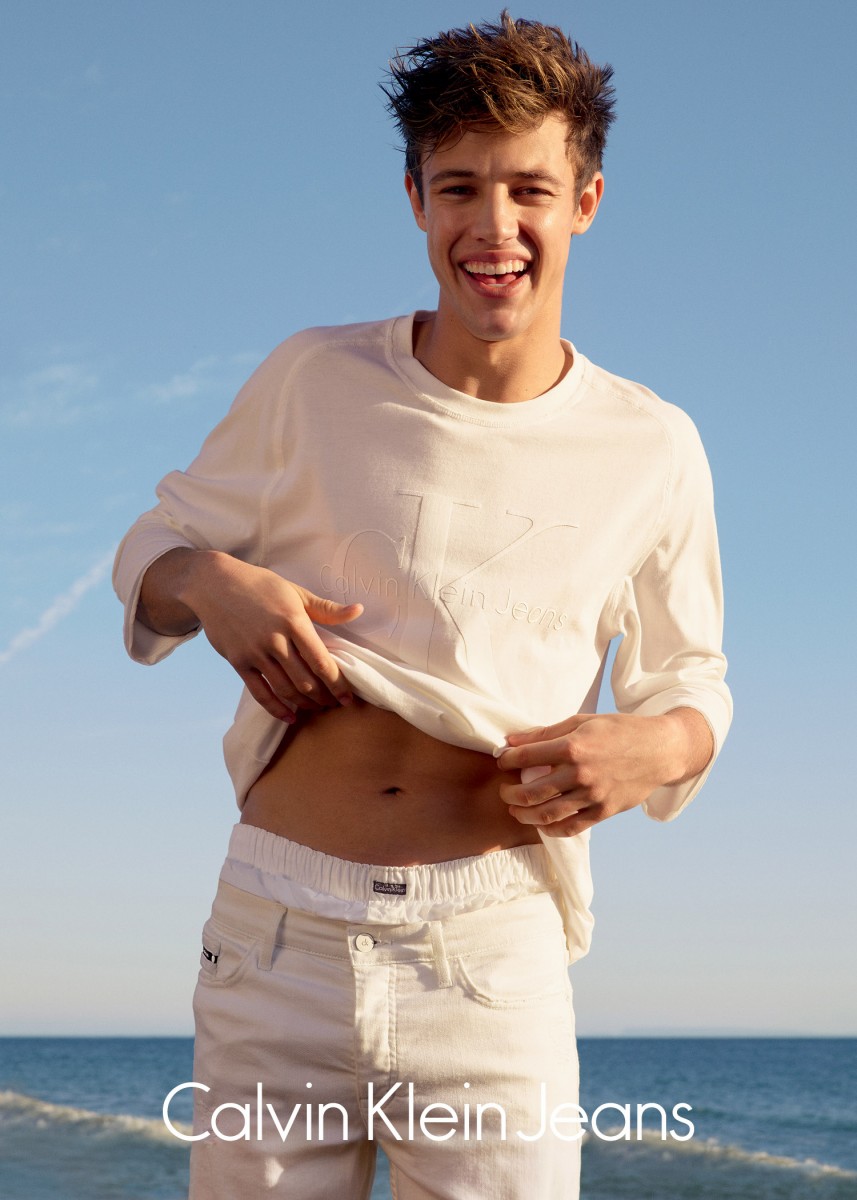 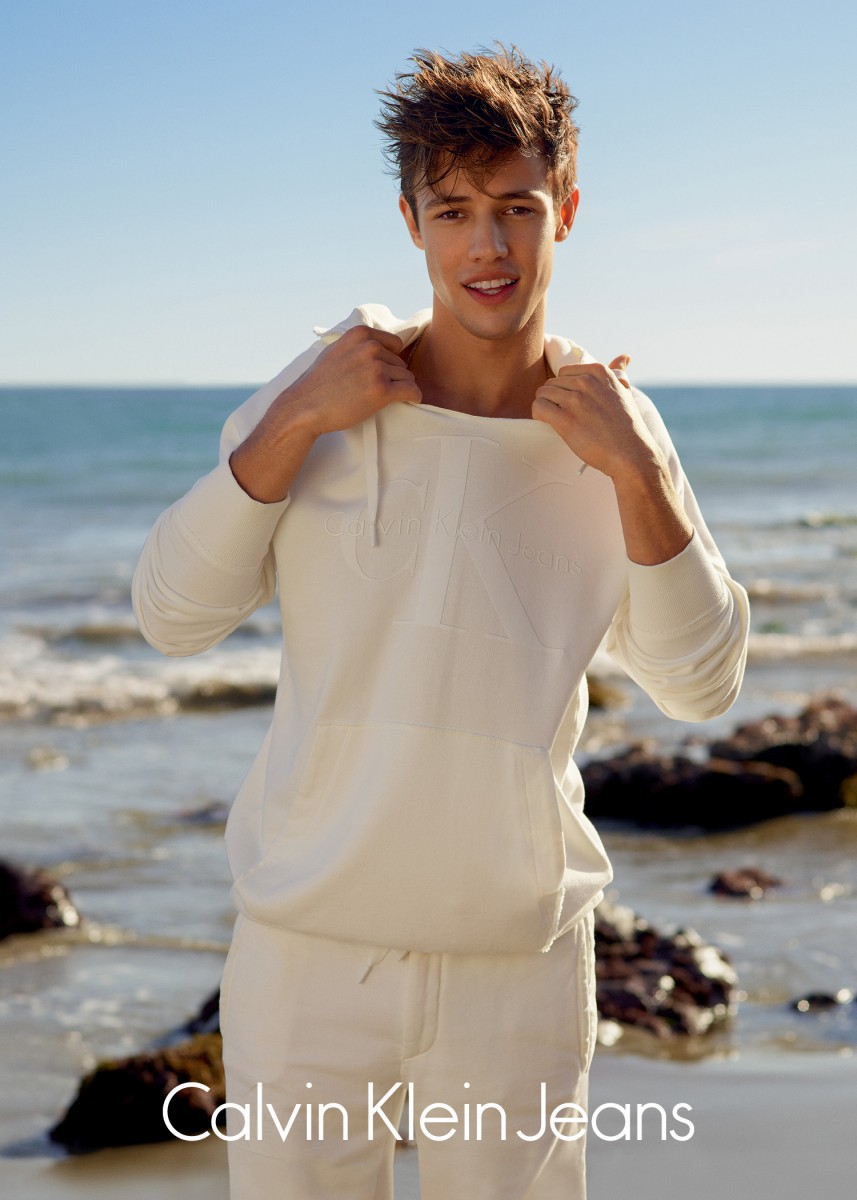 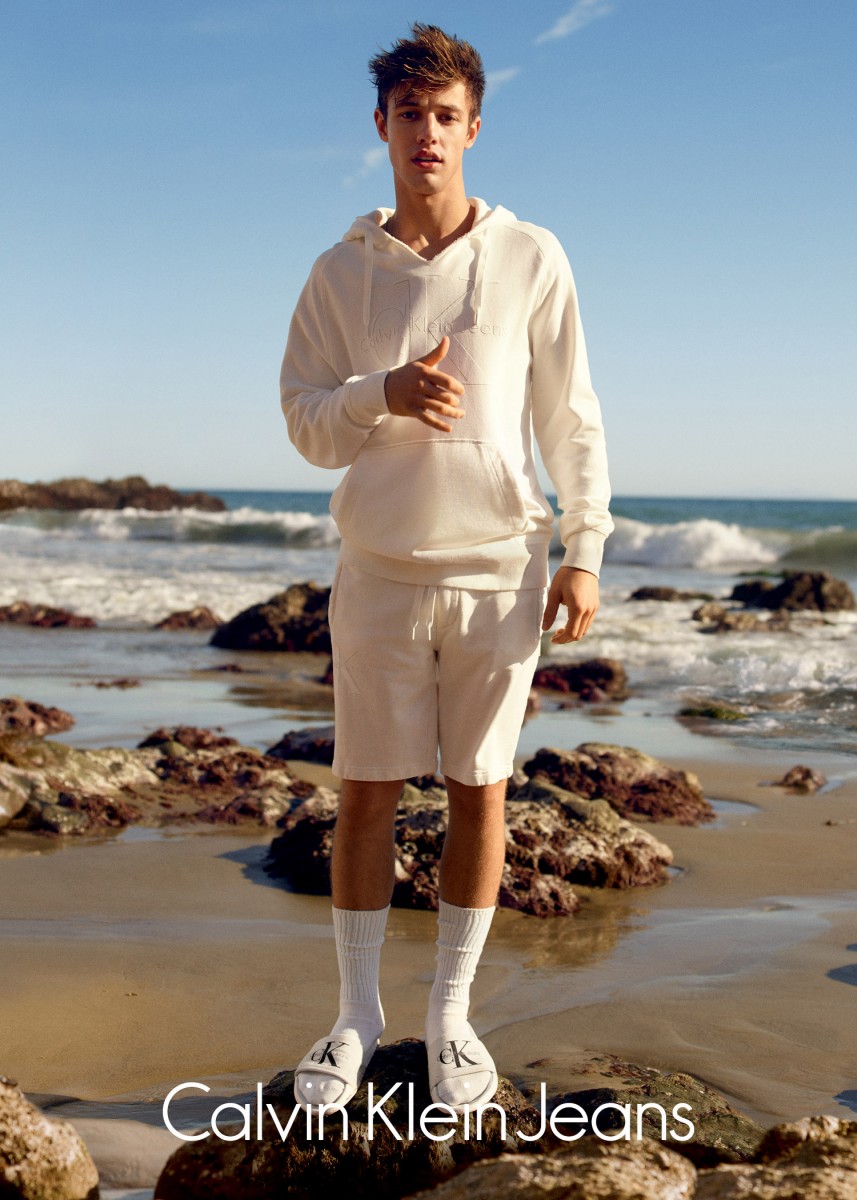 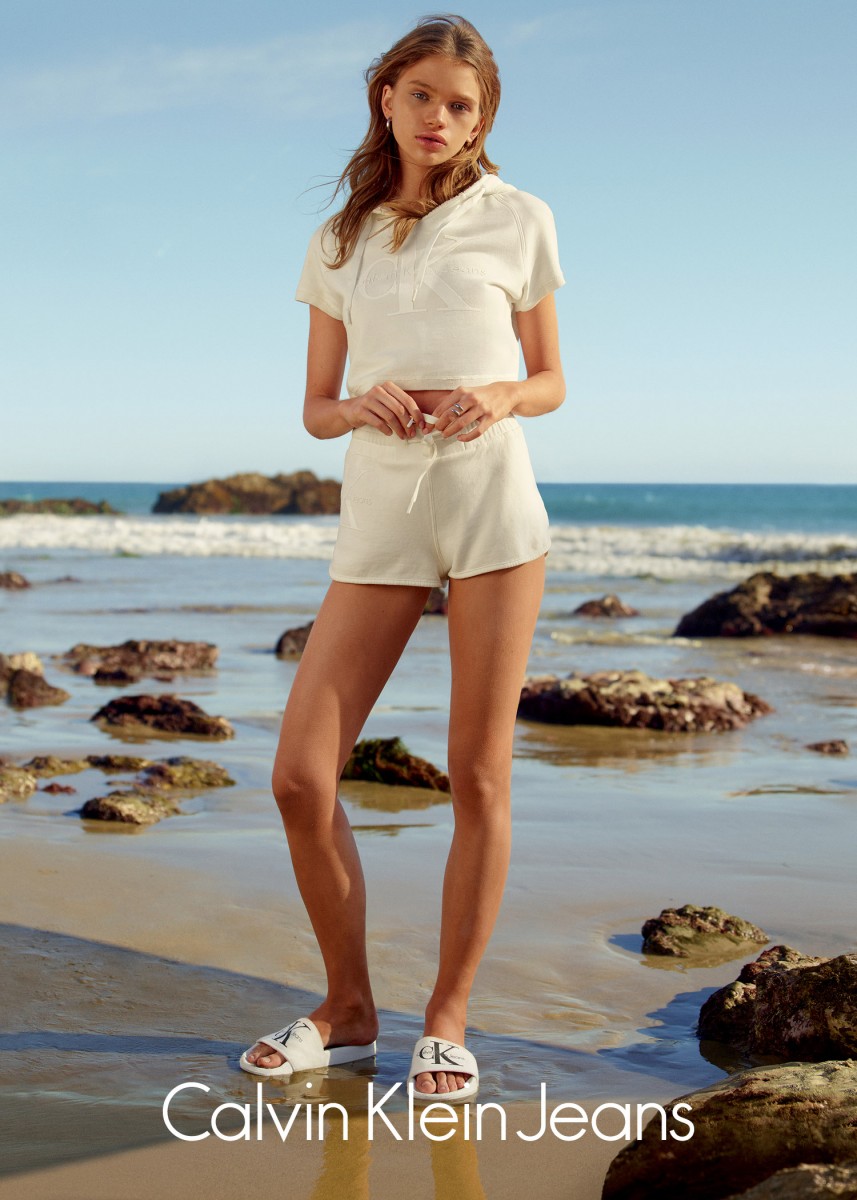 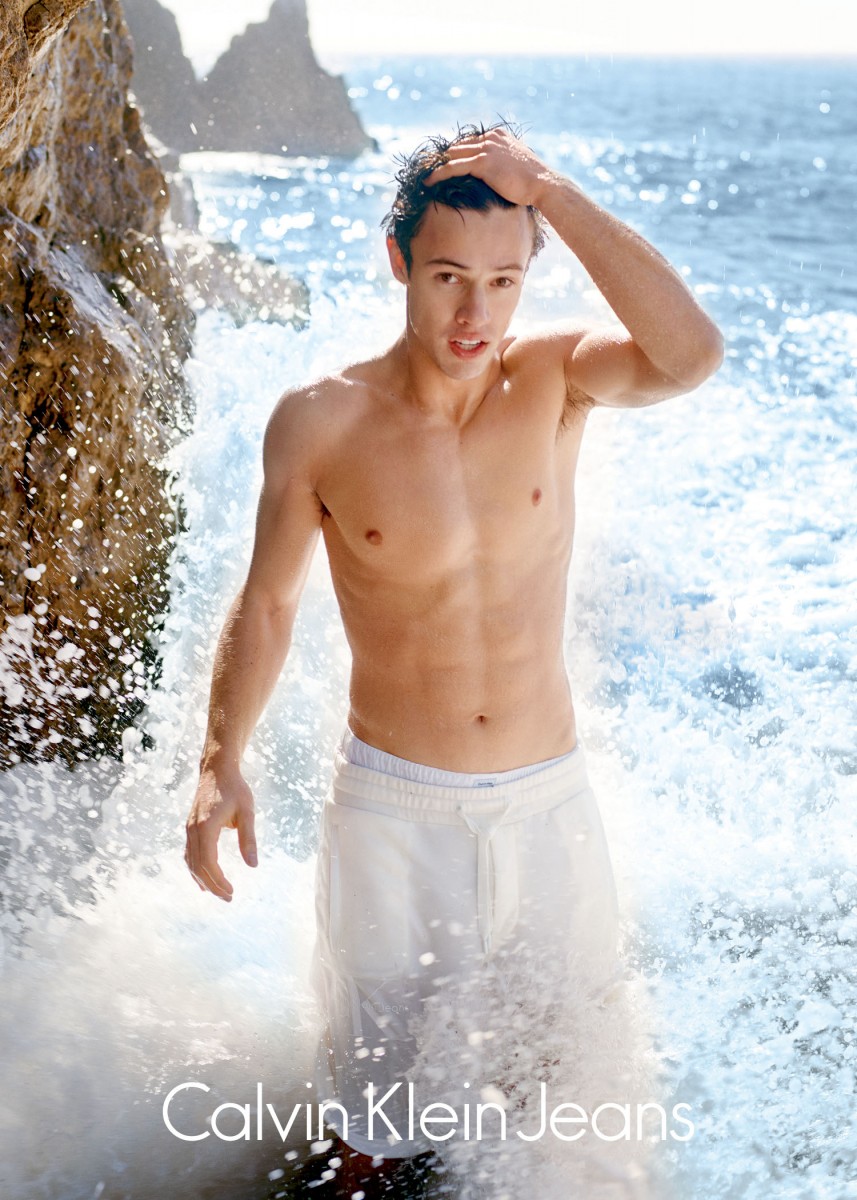 I like how Cameron Dallas looked so comfortable and not so stif, he actually looked like he was having fun in the photoshoot.