Meet Marissa Mah: The Live Tour Manager Making Her Mark in the Industry 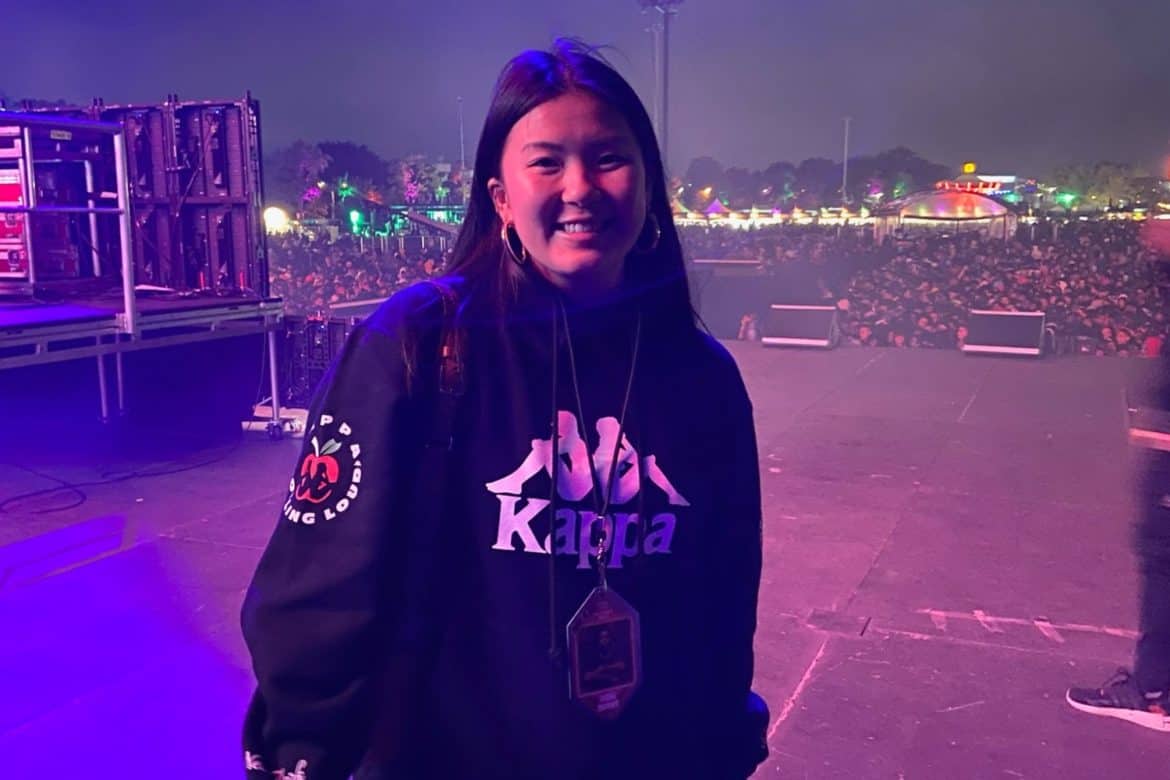 Marissa Mahs journey as a tour manager in the music industry is one that can inspire other women to get into the field. Music has been Marissa’s passion from a young age. Her parents, however, encouraged her to study medicine or law. She was majoring in geography during college when she finally stumbled into the music scene after taking a music marketing class in her sophomore year. After taking this class, her interest in the business side of music grew considerably. At the height of Covid-19, she started working for a non-profit music organization called Color of Music Collective. She had applied for an internship on a Facebook music networking group. And later, while Covid-19 was still at its peak, she got her first internship at Interscope Records and later at Top Dawg Entertainment. This was after she connected with a product manager via a virtual chat room app called Clubhouse. Marissas next big internship came after being recommended for the position while working at a non-profit organization. Over a year and a half later, shes working for some of North Americas biggest tours and festivals. Marissa is among the few women working as a tour manager. She notes that she goes above and beyond to ensure the artists and their teams are served well, making her stand out. In her journey as a tour manager, she has accomplished a lot. One of her biggest achievements was working as the tour manager for NLE Choppas Canada tour. The tour sold out almost 50% of all dates. Here, she navigated the artist and the artists teams experiences in a foreign country. She managed and sorted out all travel issues that arose throughout the tour. Marissa also managed Tay Money&#39;s first US tour. She has also managed over eight artists during multiple Rolling Loud festivals over the last two years. Earlier this year, Marissa was invited to talk on the Kelly Clarkson Show on a segment about the “Girls Behind the Rock Show,” a community she is part of. Her journey as a tour manager has not been an easy one. Being Asian, shes sometimes harassed verbally, her movements backstage are sometimes restricted, and shes often not taken seriously. People making her feel like she doesnt belong or making her job more complicated is a great challenge. However, Marissa stands tall and doesnt let anyone mess with her confidence. She also helps other women and women of color who face the same challenges. In addition, she supports organizations like Live out L!ve that provide resources and support to women in the touring business. Marissa believes theres always something to learn from everyone in the business despite their level of expertise or how long they’ve worked in the industry. The key, she says, is learning how to network, being creative, working hard, and trusting that there is always a place for you in the industry. Her advice is that you should never let your background or situation dictate what you pursue. Despite her challenges as a tour manager in the music scene, Marissa is making her way to the top. This is because she exceeds expectations and is confident in expressing her ideas and opinions. As a result, Marissa Mah will soon be at the top list of the tour management industry.

Your Guide to Standing Out on New Year’s Eve