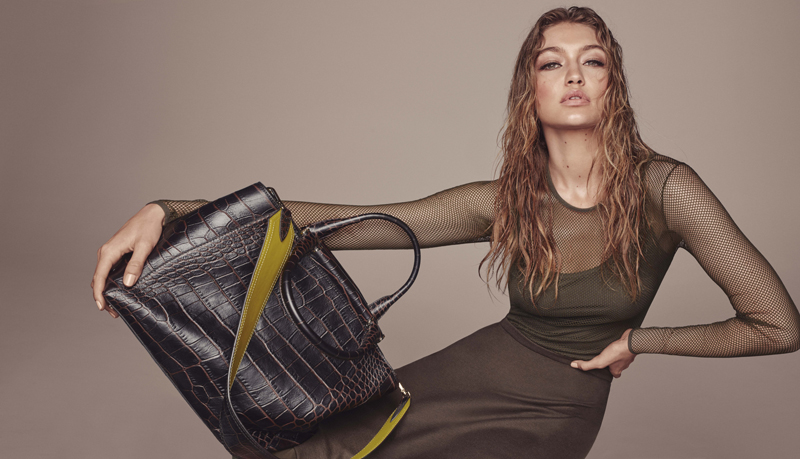 We teased the news yesterday, but today Gigi Hadid’s much-anticipated Max Mara Fall / Winter ’16 accessories campaign has officially launched. The IMG mod and Daily fave follows in the steps of former campaign stars Stella Tennant and Linda Evangelista, though this isn’t her first time working with the brand. For Fall-Winter 2015-2016, she was totally alluring in shots where she channeled a modern Marilyn Monroe. But this campaign, lensed by Steven Meisel at his New York studio, has an edgy sensibility, with Gigi rocking smokey eyes, wet-looking tousled hair, and her signature pout as she clutches two of the most important accessories of the collection: the JBag shoppers this season’s version of the Max Mara Whitney Bag, designed by Renzo Piano Building Workshop last year as an homage to the Whitney Museum. J’adore!