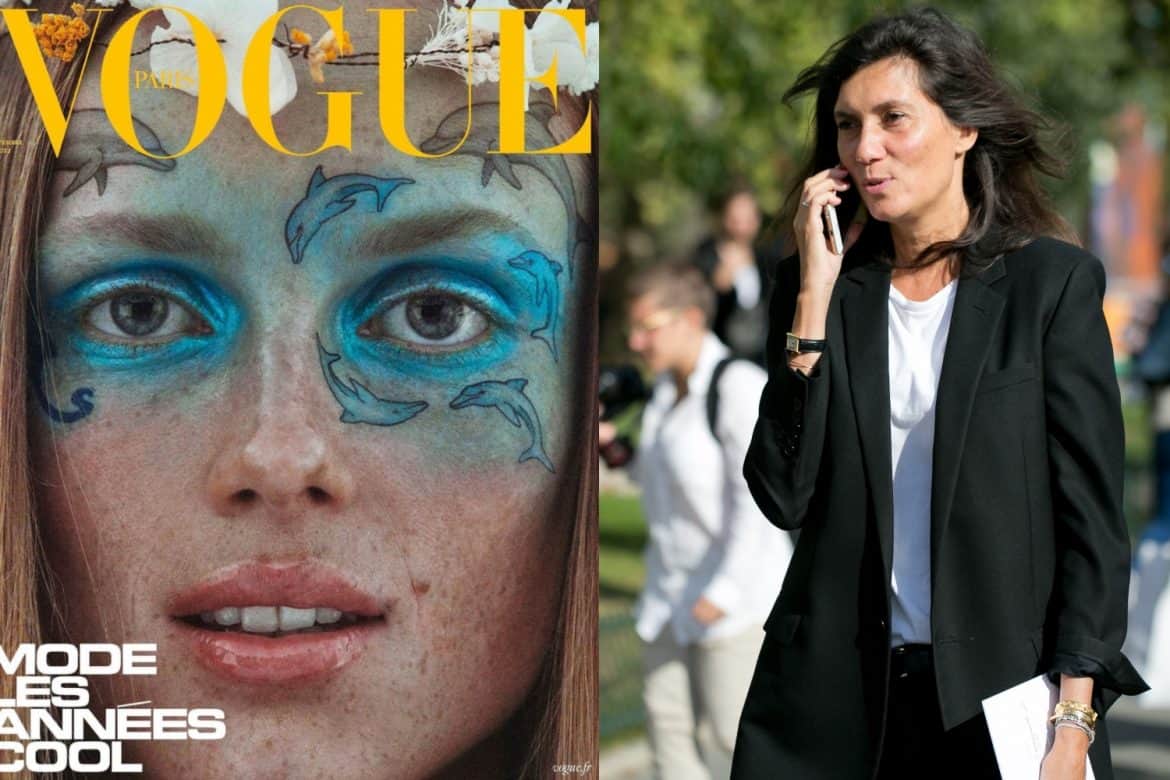 Sprite-like beauty Rianne van Rompaey covers the November 2020 edition of Vogue Paris, which pays homage to the muses of ‘the summer of love’ and the more free-spirited times they lived through. (Le sigh!)

The Dutch model appears in closeup, wearing aquamarine eyeshadow and with painted dolphins swirling around her temples and eyes. The shot, by Mikael Jansson, is intended to evoke memories of Woodstock and its hippie crowd, as editor in chief Emmanuelle Alt wanted to bring the vibe of the festival’s belle jolie bohemian muses to life on the magazine’s pages.

The issue also celebrates Patti Smith, who is releasing a new book, the actress Valérie Lemercier, who is making her screen comeback as Céline Dion, and the actress/film director Maïwenn.  In her editor’s letter, Alt pays tribute to Juliette Gréco, the singer who passed away last month.

“I met her several times, each time a few years apart, always dressed in black, though she still managed to make things seem bright. The allure of Juliette Gréco, her misty voice, her rebellious spirit, her stubborn character… Her death seemed even sadder this fall. And what a coincidence that she left us on the day that stricter health measures were announced to help fight Covid-19. She left, taking all of her freedom with her. She said goodbye, like the ultimate wink,” Alt writes.

For the issue, Alt styled van Rompaey, who also appeared on the September cover of Vogue Paris.

When sharing the cover on her own feed, van Rompaey said, “Thank you @emmanuellealt for letting us DREAM! in these uncertain and strange times, it was so liberating to get to play and feel free for a few days, trying to create something that sparks joy. Also, who doesn’t want dolphins on their face?! Cheers to the team of my dream[s].”

Of course, as always, the issue is jam-packed with fashion and beauty trends and chic French intel too. The magazine will hit newsstands on October 29.

Moroccanoil Is Making It Easier Than Ever To Educate Stylists

Introducing vVardis! A Tooth Whitener Good for Your Teeth

Condé Nast US and International to Merge,...

Swarovski and Vogue Paris Team Up with...

The Daily Roundup: SJP to Appear at...