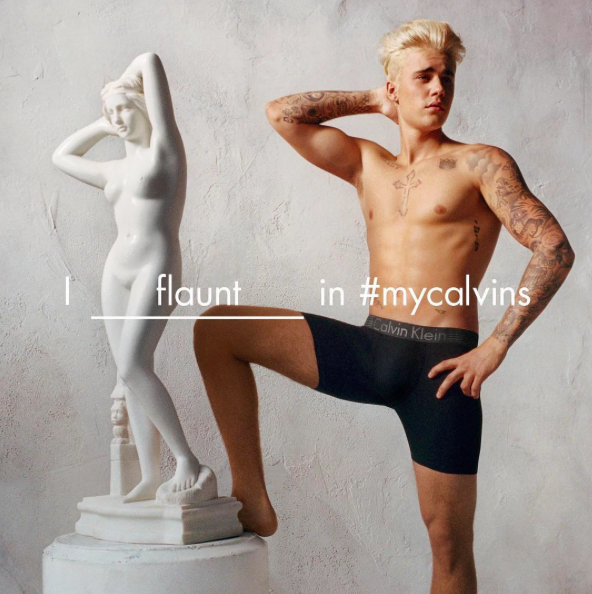 Justin Bieber Flaunts Bod for Calvin Klein [ELLE]
The Biebs, along with Kendall Jenner, took to their respective Instagram accounts to announce the launch of their barely-there #mycalvins spring ad campaign, in which they join mods and artists as the official faces of the collection.

Claudia Schiffer Turns Creative Director [Vogue UK]
After collaborating and serving as creative director at luxe cashmere brand Tse, the German model takes on the title at her own collaborative capsule line, Claudia Schiffer Made By Tse.

Willow Smith Collabs with Stance on Sock Line [StyleWatch]
Ready for Willow Smith to (literally) knock your socks off? The 15-year-old mod meets actress meets musician add designer to his repertoire of titles with the launch of nine LA-inspired sock designs. Naturally, she stars in the ad.

Kanye West to Debut New Album at NYFW [Billboard]
It comes as no surprise that Kanye West wants to unveil his new album Swish in the grandest of ways: the rapper debuts his seventh studio effort “Waves” at Madison Square Garden for his NYFW Yeezy Season 3 presentation.

Joanna Coles Joins Board of Directors at Snapchat [Tech Crunch]

Public School’s Homage to a Legendary Photographer [The Cut]