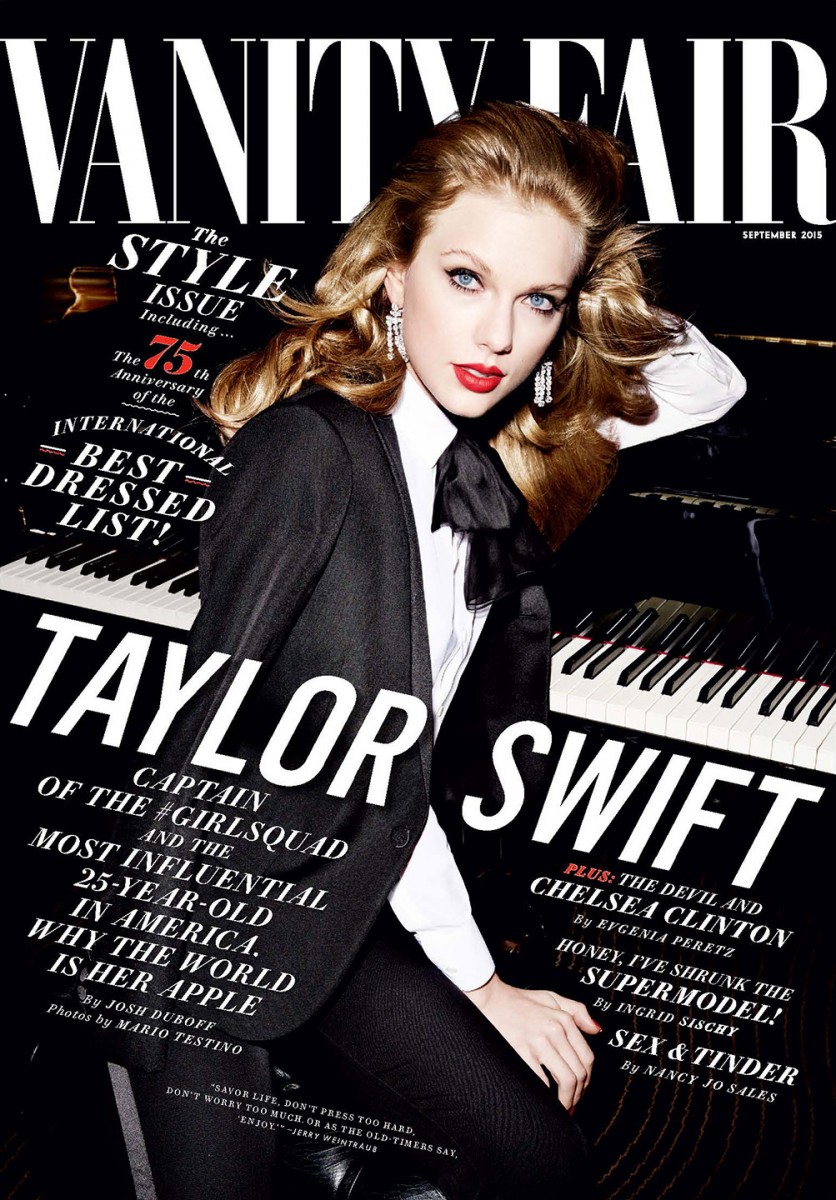 This morning, Vanity Fair revealed the cover of its September issue starring mega girl-of-the-moment, Taylor Swift. The 25-year-old global pop star took to Instagram to show her 40.6 million followers the uber glam image of her leaning against a piano and wearing a tres chic black and white ensemble and her signature bold red lip.

The Hollywood-inspired cover and interior photo spread was shot by Mario Testino, who’s become [even more] well-known for his pictures of the Royal Family. Inside, Swift dishes on life over the past year: her new attitude toward dating, her courage to take on Apple, and, of course, her girl squad, including Lena Dunham, Karlie Kloss, Gigi Hadid, and Selena Gomez. “We even have girls in our group who have dated the same people,” Swift says to Vanity Fair. “It’s almost like the sisterhood has such a higher place on the list of priorities for us. It’s so much more important than some guy that it didn’t work out with.” Swift also spills on her recent friendship with Kanye West, which she credits to, yes, Jay Z. “I feel like I wasn’t ready to be friends with [West] until I felt like he had some sort of respect for me, and he wasn’t ready to be friends with me until he had some sort of respect for me—so it was the same issue, and we both reached the same place at the same time,” Swift says. “I became friends with Jay Z, and I think it was important for Jay Z, for Kanye and I to get along … And then Kanye and I both reached a place where he would say really nice things about my music and what I’ve accomplished, and I could ask him how his kid’s doing.” Click here for the full interview. 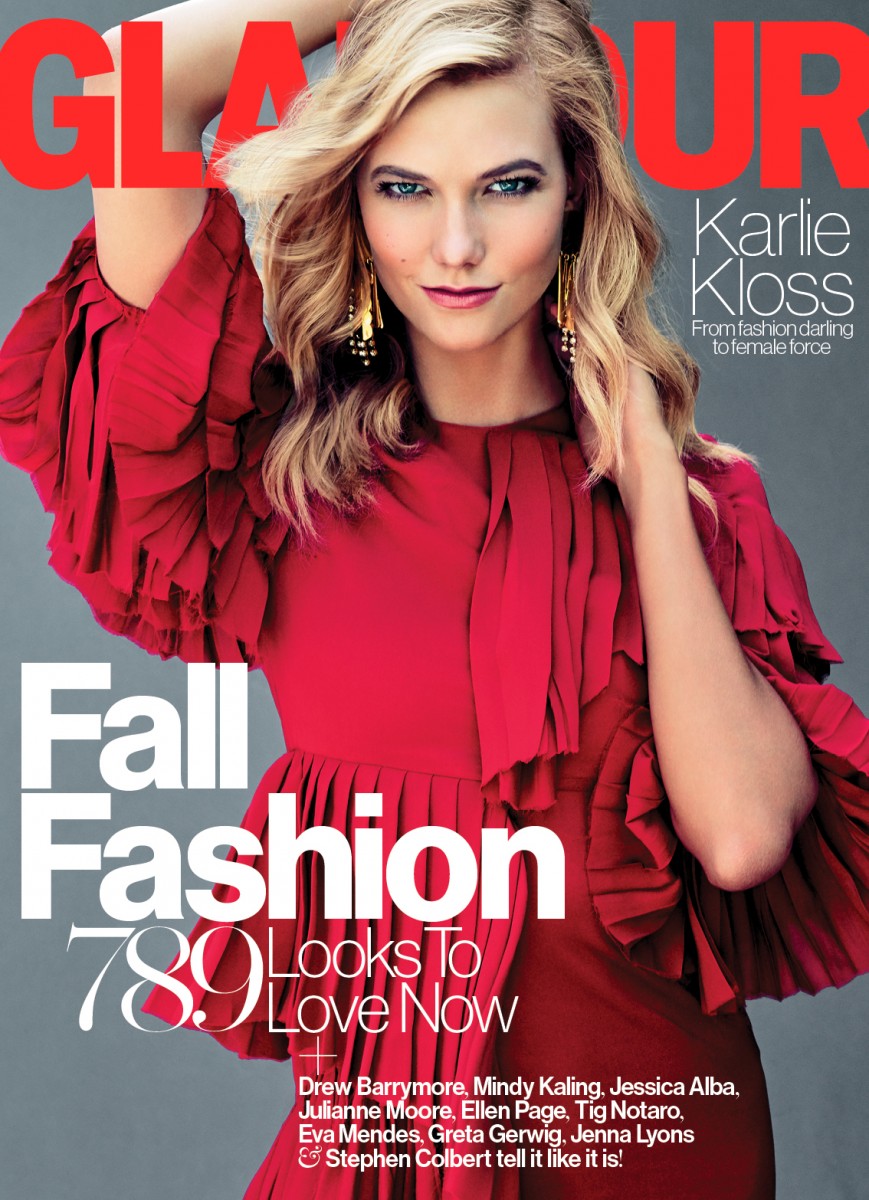 The just-turned 23-year-old supermod graces the September cover of Glamour in a red Gucci dress and Lizzie Fortunato earrings shot by Tom Munro. Here are a few of our favorite tidbits from her in-depth interview with pal Derek Blasberg, which can be read in full here.

On her image as fashion’s sweetest supermodel: “There are worse things than being called sweet. And I think the way that both you and I [Blasberg] were raised was to be grateful to people. I’m a nice girl, and I’ve embraced it.”

On morphing into different personas while modeling: “What’s funny is that I actually feel the most uncomfortable when I’m photographed as myself. I rely on taking on a particular role, like an Oscar de la Renta society swan or a Diane von Furstenberg business lady. I feel more vulnerable when it’s just me up there.”

On her love life: “I tend to be very private about this because there are so many other parts that people feel like they can have an opinion about, be it my friendships or my body image … For me, it’s about finding someone that challenges you and makes you laugh. You want to surround yourself with people—both a partner and friends—who let you be yourself.”

On being a role model for young girls: “I’m still wrapping my head around it; I do feel a responsibility to be an example for young women in general. That’s what Kode With Karlie is about: supporting girls to try coding even if they’re not interested in being a programmer. If I can inspire one girl to try it, I’ll be happy.”