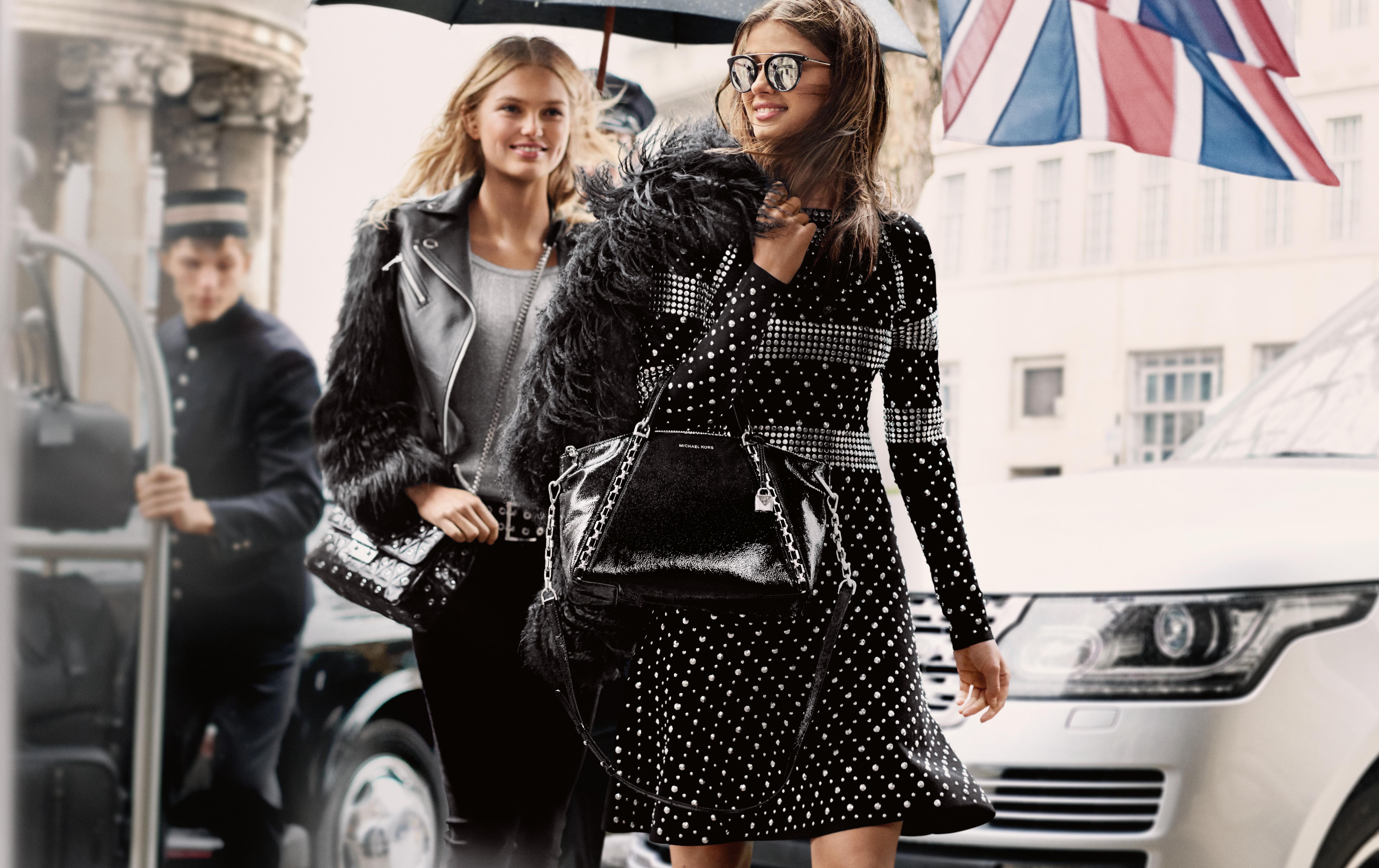 Michael Kors flew a trio of It girls to London for his latest campaign, shot by Mario Testino. Taylor Hill and Romee Strijd get together for MICHAEL Michael Kors while Edie Campbell turns up the heat in some luxe looks for Michael Kors Collection. “I was intrigued by the idea of strength and sensuality,” said Kors. “It’s all about bringing out the best in every kind of woman.”

Campbell was lensed driving about town in the back seat of a vintage car wearing a slinky metallic gold number, and camel coat and cheetah printed coats, alongside the Bancroft, Kors’ bag of the season that debuts this fall. “It’s designed to be a forever bag,” Kors said. For MICHAEL Michael Kors, best friends (in real life!) Hill and Strijd pose as jet-setters on a London adventure, wearing edgy metallic-accented looks with pops of purple.

The global campaign debuts this month and will appear in the fall issues of Vogue, Harper’s Bazaar, InStyle, and Le Figaro Paris Chic in the U.S. and Europe. Keep your eyes peeled!