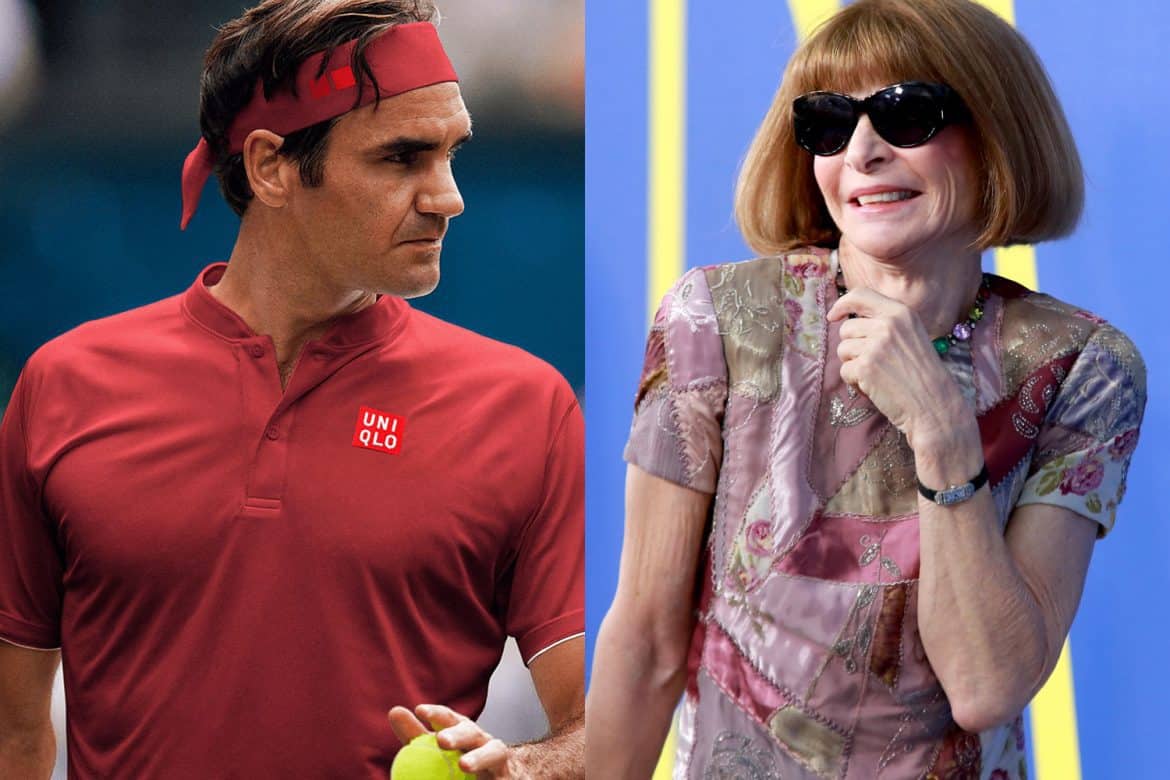 Roger Federer is in New York for the US Open and took the opportunity to sit down with reporters at the Park Hyatt Hotel in midtown Manhattan on Wednesday to discuss his recent partnership with Uniqlo and his future in tennis. 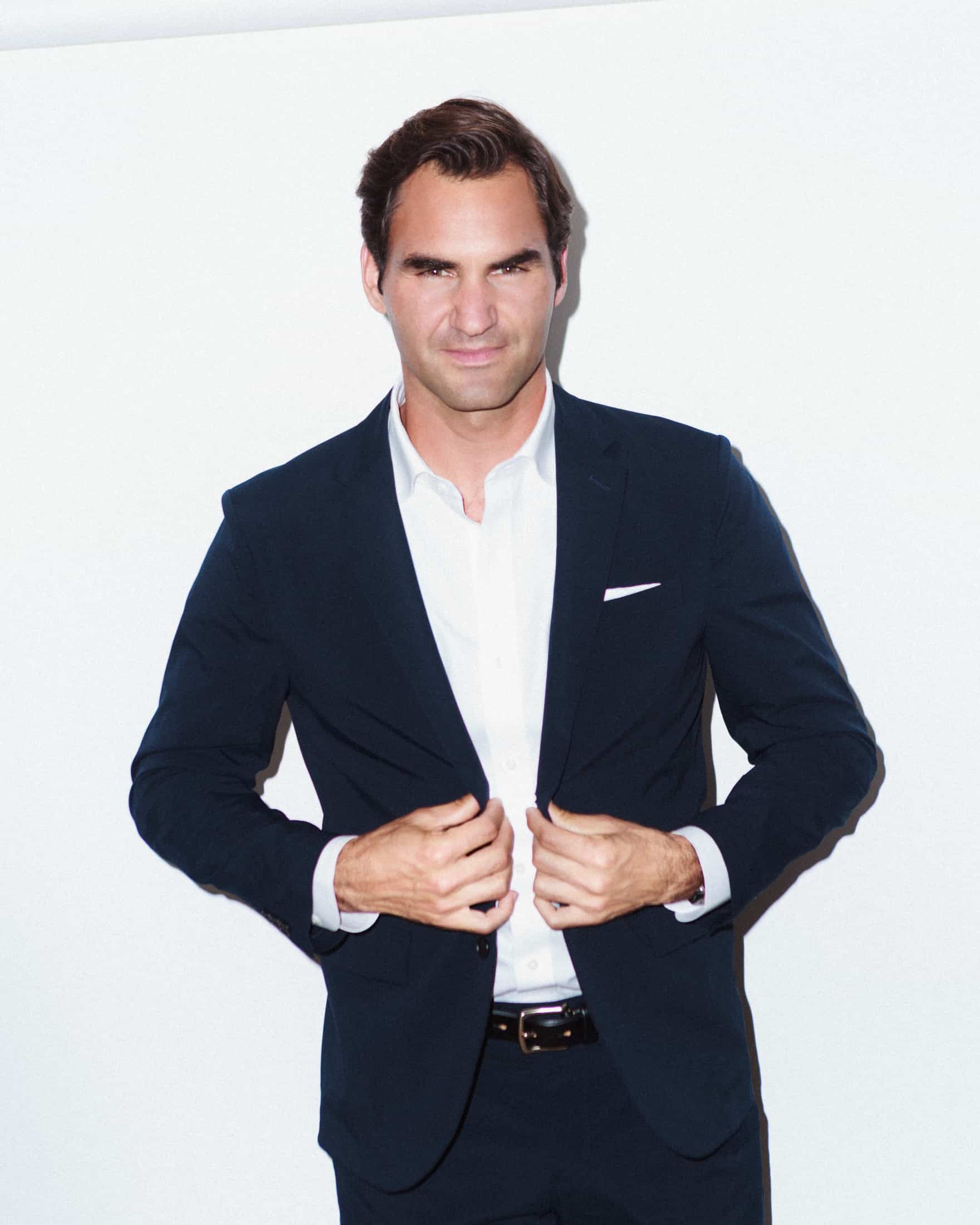 According to Federer, it was he who reached out to Uniqlo about the possibility of a partnership earlier this year, as his endorsement deal with Nike, initiated in 1994, approached its end. “Obviously, I’d been with Nike for a long, long time and my contract expired and I had an opportunity to have a look at what’s out there,” said Federer. “And we approached actually, on our behalf, and asked if [they] would be interested to work together.”

Before the deal was finalized, however, Federer sought the approval of his good friend Anna Wintour. “I asked her about Uniqlo. What she thought. She thought it was a great idea. She thought it would be a wonderful match and if it would work out, that would be great. So, I think that was something also, a little bit of a catalyst right there.”

The deal eventually struck between Federer and Uniqlo will reportedly pay the tennis star $300 million over the next 10 years. At 36 years old, Federer acknowledged that he is “probably at the back end of my career,” although he has no plans to retire any time soon. “I’m going to try to play as long as possible,” he said. “This is not my speech about retiring in any way.” Still, the deal was reached with the understanding that Federer would retire at some point during the endorsement.

“That’s what we’re the most proud of,” said John Jay, president of global creative at Uniqlo’s parent company, Fast Retailing. “The long-term commitment to this guy. That’s the part, because we say internally the greatest impact of Roger Federer is yet to come and that’s what we’re going to work so hard on together.” 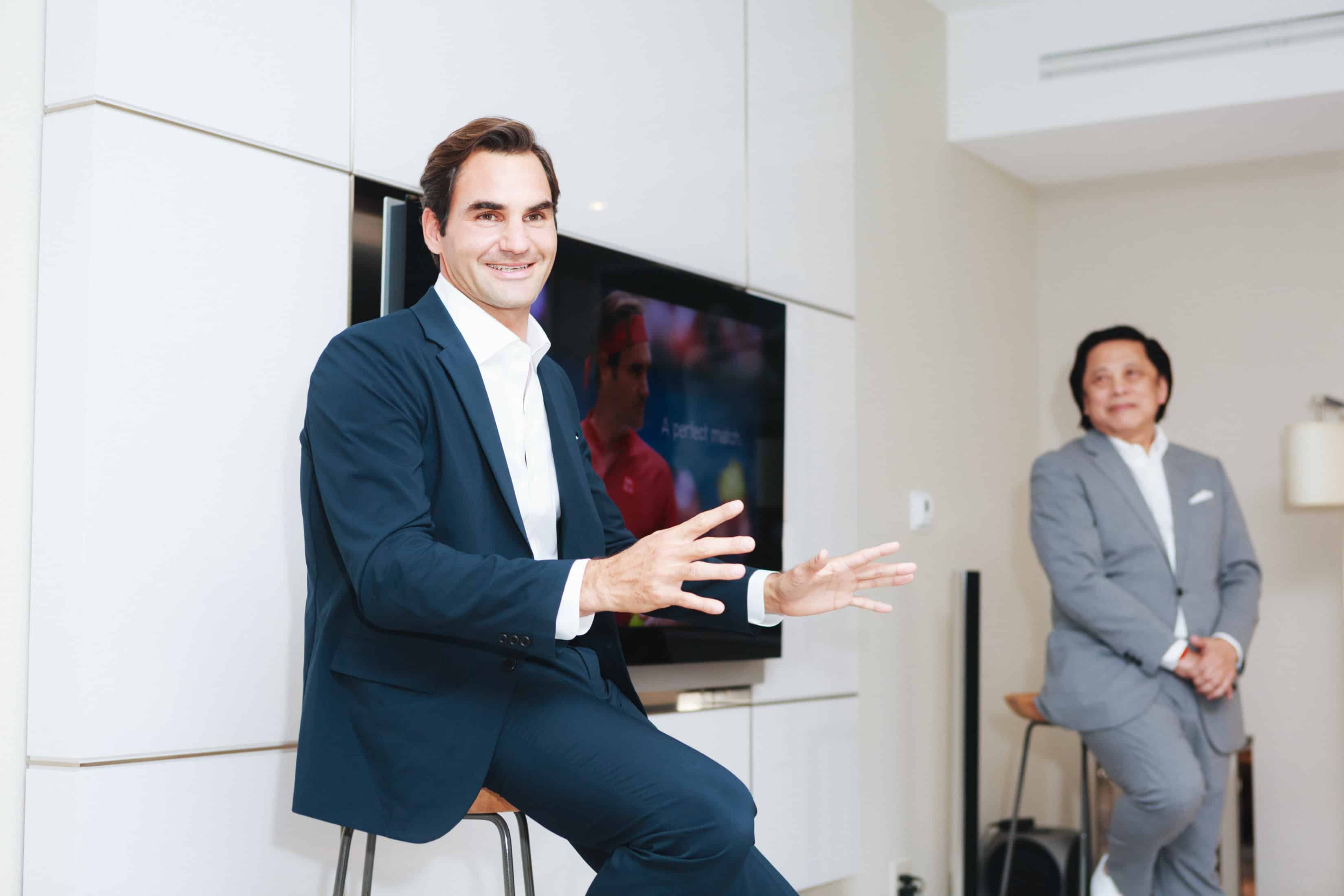 With that in mind, Federer is hoping to grow his role in the company over the coming years, collaborating with Uniqlo not only on the design of their tennis apparel, which he has already begun wearing on court, but also, hopefully, expanding his influence beyond tennis, into “lifewear.”

“I think I stand for style on the court,” said Federer. “I really wanted to make the best apparel — the best looking apparel — for a tennis player in recent years. Obviously, I want to redo that, recreate the coolest things with Uniqlo, and I’m very excited about that and then, obviously, going beyond that into lifewear — something I’ve done a little bit with Nike in the past, but not as much as I think we have the potential to do at Uniqlo… They have to decide how much they want me involved in lifewear, but I’m very open and I would love to explore, learn, and help as much as they wanted.” 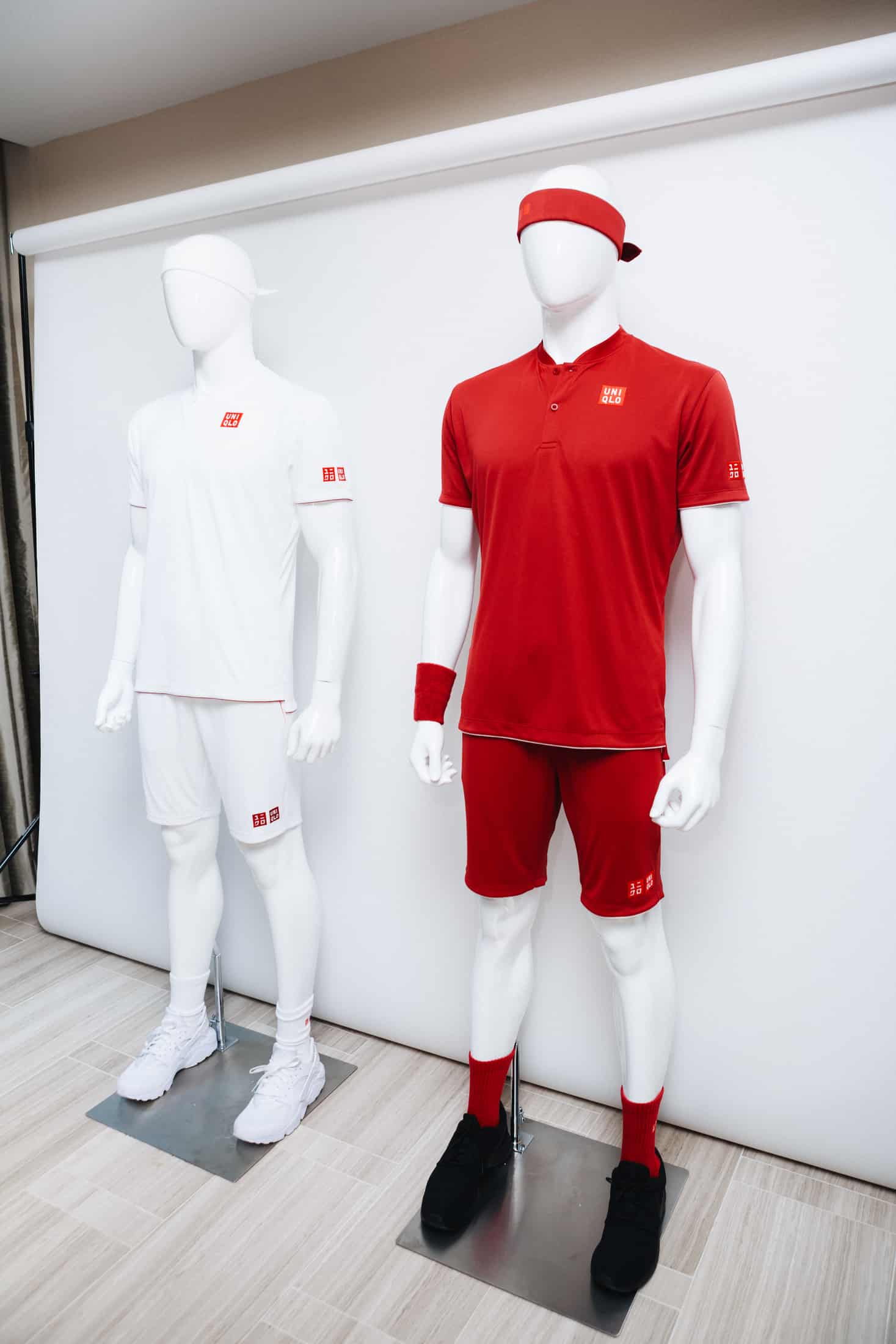 Looks from Uniqlo’s latest tennis collection, which will be worn by Federer during the US Open. (BFA)

Federer’s previous deal with Nike included the creation of his own line of tennis-cum-athleisure clothing and shoes under the label “RF,” which he is hoping to bring over to Uniqlo at some point. “I think the fans worry about the RF, obviously, that the brand and the logo is going to come to me eventually. I understand that, but they need to know that from my side, we’re working very hard to make [the new collaboration with Uniqlo] as personal as possible. Hopefully RF is one day also going to be around tennis clothes again, because I think they care about that a lot, especially die-hard fans, but of course through Uniqlo we are going to be able maybe to tap into other markets as well and really get to see new fans and bring new fans into tennis and into Uniqlo as well.”

While it seems unlikely that Nike would ever cede the RF brand to Uniqlo or Federer personally, there does still appear to be a positive relationship between the athlete and the sportswear giant, as Federer continues to wear Nike sneakers at tournaments an in photoshoots. Indeed, in photos of Federer modeling Uniqlo’s latest tennis gear that were hung along one wall of the Park Hyatt Hotel suite where the press conference took place, Nike’s distinctive swoosh could be seen on his shoes. Uniqlo does not make shoes, so it is possible that a sneaker endorsement deal with Nike still exists, or that, after working with the brand for decades, Federer simply prefers their shoes over others. 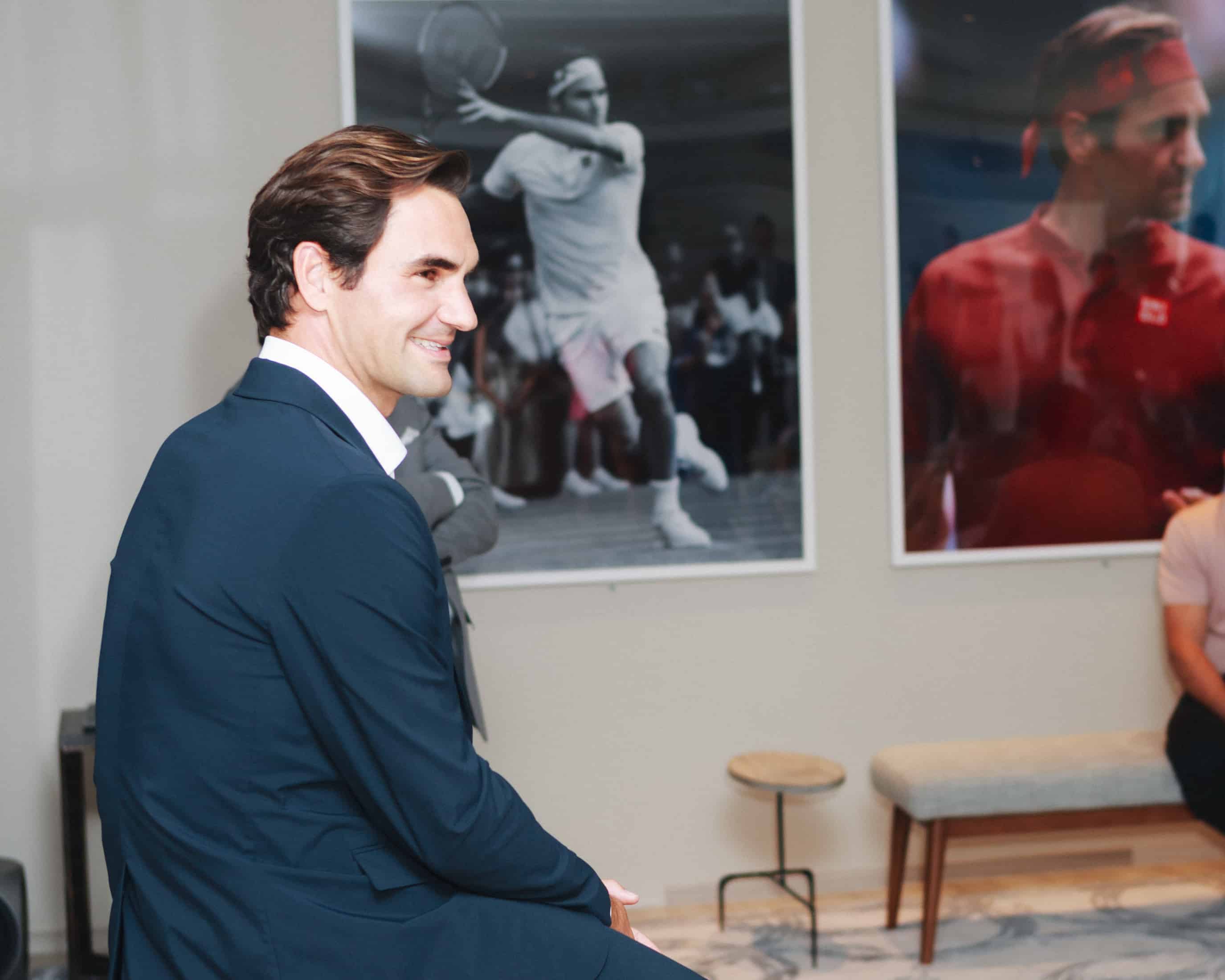 Roger Federer at the press conference at the Park Hyatt Hotel. (BFA)

Or maybe, just maybe, this is another example of Anna Wintour exerting her influence. Wintour recently embarked on her own collaboration with Nike, creating a capsule collection of sneakers inspired by her own personal style and emblazoned with the same “AWOK” she puts on every page of Vogue once it has been approved. Wintour apparently also likes to give her seal of approval to Federer’s own outfits before major events.  “Sometimes she likes to know what I’m going to wear,” he said. “She will ask, ‘What are you wearing to the US Open?’ Sometimes I would show her and she has her comments. And I have, in the past, also shown it to her because — especially when it come to New York and Wimbledon — she is very particular, wanting to know before everybody else what’s going on. I don’t mind as long as also Uniqlo — or Nike, in the past — doesn’t mind me showing her. She’s very trustworthy — so am I — so I feel like it’s only for the best… Anna has been incredibly supportive and I cannot thank her enough.”

Gucci Is Consignment’s Best Bet, Brides Might Have a Buyer