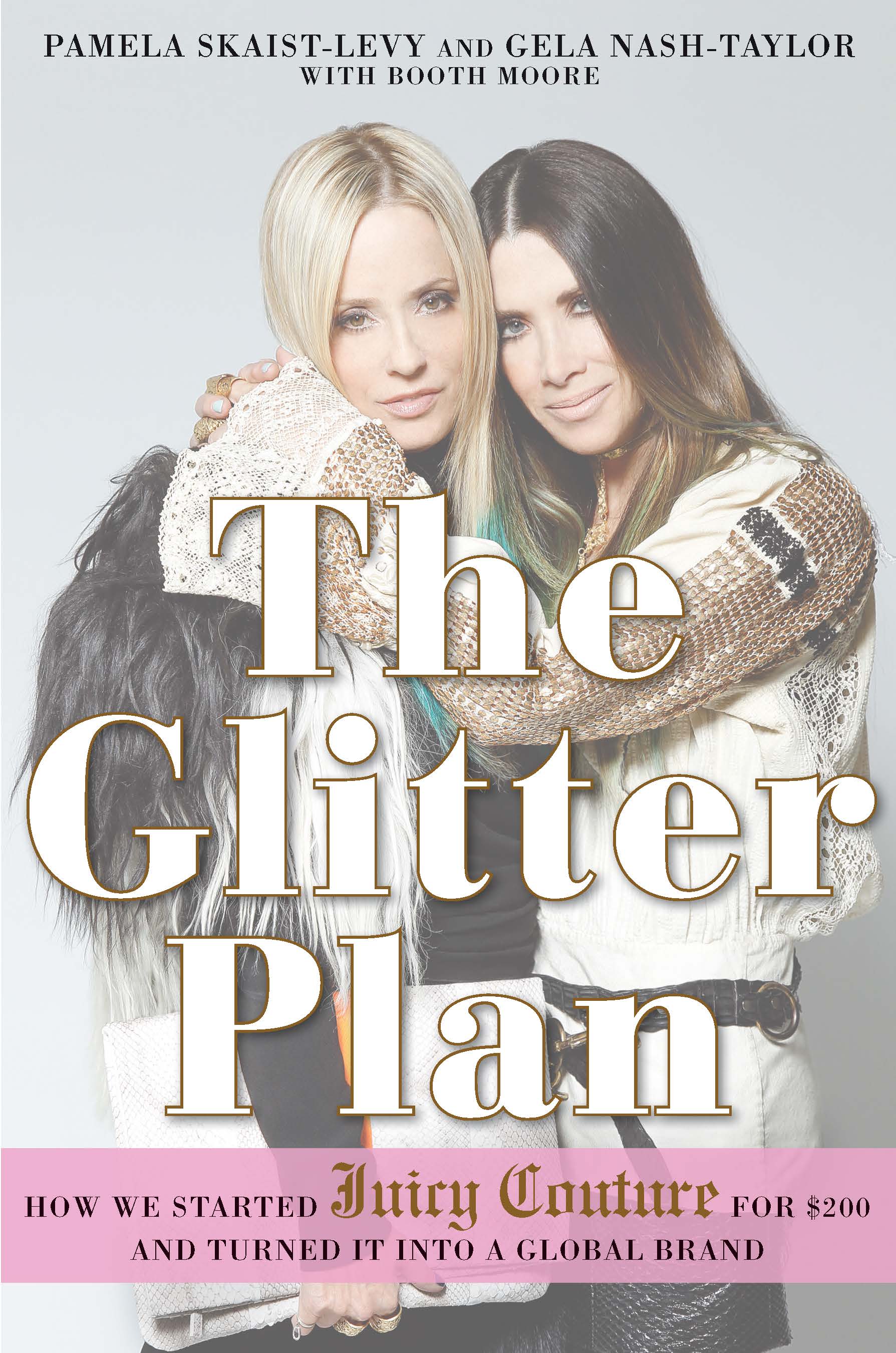 Book club at Bloomie’s (sort of)! Last eve, the department store hosted  Juicy Couture founders Pamela Skaist-Levy and Gela Nash-Taylor to discuss their new book, The Glitter Plan, with Harper’s Bazaar EIC Glenda Bailey. Bailey introduced the duo as “dazzlingly brilliant set of best friends that shared an intense friendship and love of fashion.” Bailey rehashed the powerful pair’s inspiring story: “It’s not every day that two best friends are able to build a global fashion empire from a mere $200…they didn’t just create a brand, they created a huge fashion flurry and universe, which they called Juicy.”  The Daily also got a chance to talk it out with Skaist-Levy and Nash-Taylor about their unforeseen success and the purpose of their tell-all. Here are our favorite bits from our chat with the BFFs as well as Bailey’s talk.
SAMANTHA COHEN

How the friendship began: In 1988, when both working at the Diane Merrick boutique in Los Angeles. They explained, “We were both picking up shifts for a friend who was in rehab. We worked on different days filling in her schedule. We were obsessed with what we were wearing, we started gossiping, and from there, we were friends forever.”

Coming up with the name: The dynamic duo remained quiet when it came to explaining how they came up with the name. Taylor explained “we will never tell; we even went on Oprah and wouldn’t tell her. It’s a secret!”

Big break: The best friends made their dream into a reality when Madonna was photographed in 2002 wearing a Juicy sweatshirt and sweatpants. As Bailey put it, “that is when Juicy had become a full-fledged cultural phenomenon that changed the fashion world forever.”

Becoming a success:  The girls explained, “We didn’t go to Harvard Business School. We just kind of feel like if we did it, then anyone can do it; that’s our main message.”

The inspiration behind their book: The fashion moguls wanted to share their story to inspire other young entrepreneurs. Taylor explained,“I think anyone who’s ever dreamed of starting a business is starting a business, in school for business; or just wants a good summer read and all the amazing juicy fans that are out there; I mean it appeals to so many different types of people.”

Turning the book into a reality: The girls may have been thinking about writing a book for quite some time, but it didn’t happen instantly. “It took a while because we were both so busy and we were back and forth at fashion week in New York; I think it took about seven months; it took a while. It is hard when you are designing 10 collections, but we fit it in.”

Summertime timing… The book does seem like a perfect beachy read, but it turns out, that’s totally unintentional! “We didn’t plan to launch in summer, we just wrote it as fast as we could; but it is a great summer read!”

Reading list: The designers and best friends may be busy running their fashion empire; however, they always find the time to sit down for a good summer read. Levy explained, “I have been poring through Rachel Zoe’s new book; it’s amazing! I love biographies and fashion books; I mean I read Lean In too, but I like Rachel Zoe’s book better.”

On a sequel: The busy designers are always looking for a new project and with their first book launched, they are already thinking about what is next working on a show and possibly another book. The modest designers explained, “The publishers have mentioned it but let’s see how it goes. There is a bidding war for our TV show right now, which is funny. We really hope it inspires entrepreneurs, or best friends or people that want to create something from their world. We hope that someone reads it and just goes for it; the bottom line is if we can do it anyone can do it; you just have to go for it!”

Hello my loved one! I want to say that this
post is amazing, great written and include almost all important infos.
I would like to peer more posts like this .