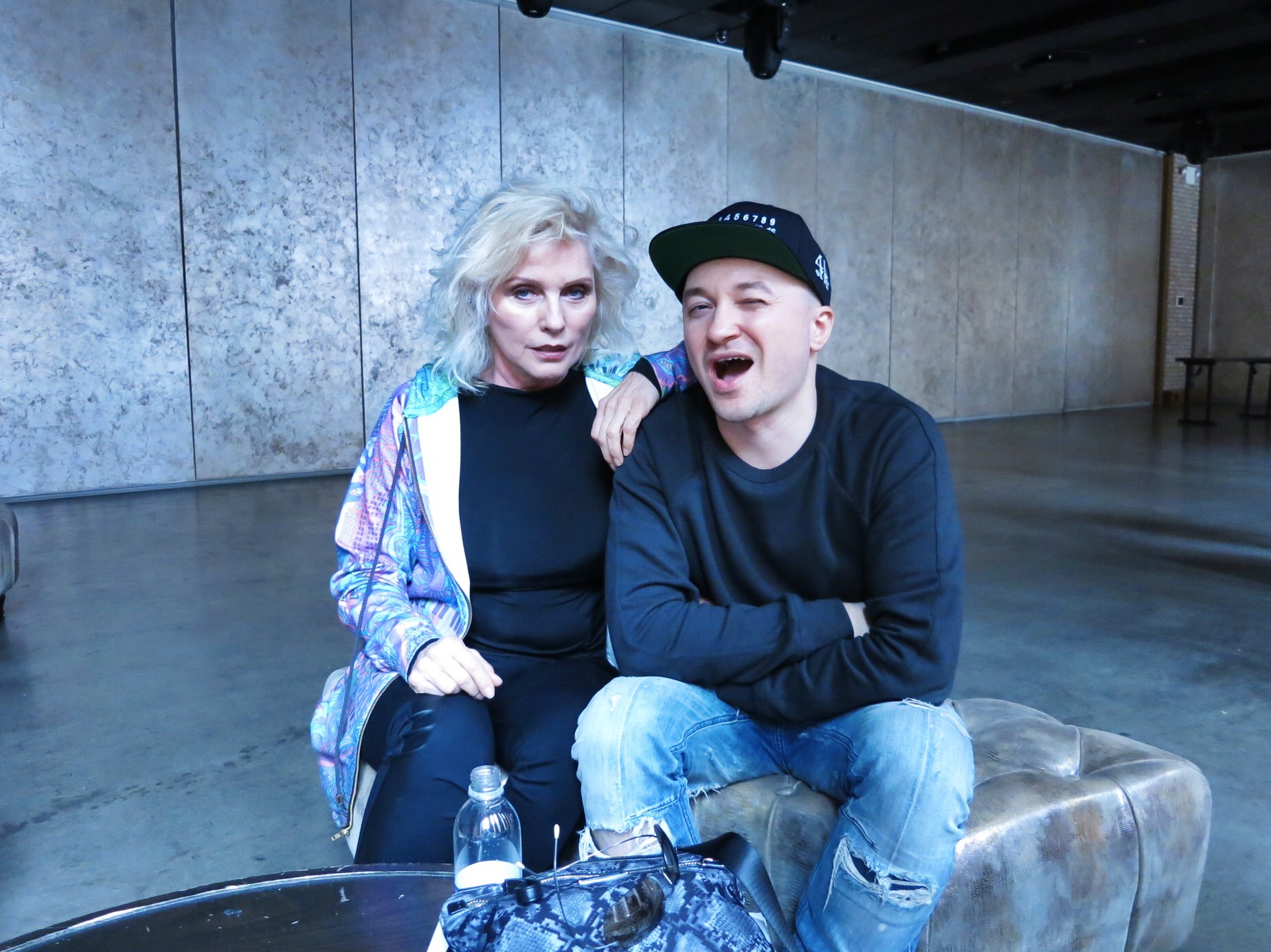 Have you missed your weekly fix of Joanna Coles‘ right-hand bloke with the most, Sergio Kletnoy? Well fret not, the Cosmo assistant is back and slightly refreshed from his Mexican getaway. But we’ll let him explain what else he’s been up to in his absence…

The past four weeks have been completely bonkers. I wish I had a few of me to go around as I find myself running from one event to the next. But since scientists are only capable of cloning sheep, I’m left to enjoy the fruits of being moi all on my own. It was a month-long rollercoaster ride and somehow I survived to write all about it. Here are a few highlights…

I took my mom and her friends to see the most over the top extravaganza aka Cher’s “Dressed To Kill” tour at Barclays. Cyndi Lauper was the special guest and Liza Minnelli with Rosie O’Donnell made a rare appearance during Cyndi’s performance of “Girls Just Want To Have Fun”. How’s that for the happiest show on earth? Of course I missed the opening of Cher’s concert because I was yapping with Cyndi backstage, but the rest of Cher’s performance was to die for. There was a new costume and wig change for every number, a deep catalog of Cher’s biggest hits and more skin on the colorful stage than Showgirls. Cher looked spectacular! My mom and her friends danced, hummed and oohed and aahed over every costume. At times it felt like the cast of Golden Girls at a Madonna concert. They couldn’t believe that a 68-year-old woman could look that good barely wearing anything, it was very Death Becomes Her… Can’t deny, I did scan the audience for Isabella Rossellini but she was nowhere to be found!

Six hours later, I was on a plane to Tulum, Mexico for eight days with my BFF Courtney. It was a much-needed getaway from cold and gloomy NYC. The weather in Tulum was perfect, the water was sapphire blue, the food was mouthwatering, and by the end of the trip, my pale white skin was sun-kissed to a perfect tan. I’m sure THE BOSS didn’t miss me much, as she spent the week in Buenos Aires, Argentina for a worldwide Cosmo conference.

Upon my return, I managed to attend a Magnolia Pictures and The Cinema Society screening of Filth starring James McAvoy. The theatre was filled with celebs, but the only person I was gawking at was Sting, whose wife Trudie Styler produced the film. Whenever I see Sting, my brain jukebox starts playing his songs and I can’t focus on anything else. It’s like voices in my head. Oh, and their daughter Coco Sumner, who sounds just like her father, contributed to the soundtrack with a spine tingling cover of Radiohead’s “Creep”.

I also sat down with one of the most influential bombshells in music, Debbie Harry, for my first ever ELLE.com interview. Among the many topics of conversation we covered: Andy Warhol, Blondie’s latest album Ghosts of Download, and Debbie’s take on today’s pop stars. It’s a fun read! Oh, and my interview with Sia in the latest issue of Cosmo (you know, the one with Katy Perry on the cover, aka the first global cover with 62 international editions in total) is finally out! Sia is a modern day poet, her lyrics, melodies and voice brings out every emotion and the new album, 1000 Forms of Fear (out July 8th) is a masterpiece. She’s one of the most in-demand songwriters, having written hit songs for every major pop star, including Beyonce, Katy, Britney, JLo, Shakira, Celine and Rihanna. Plus she’s one of the few pop stars who actually doesn’t want to be famous. Every press outlet wanted a piece of Sia, but only The New York Times and Cosmo were granted interviews. Obviously the power of prayer and a tidbit of Sergio’s magic somewhat helped…

Before the week was over I was back on a plane to Monaco aka Monte Carlo for the 2014 World Music Awards. It was the craziest and most surreal week of my life. Between plenty of fun with Pamela Anderson and Jason Derulo (the show’s hosts), an insiders look at rehearsals and performances from Mariah Carey, Ricky Martin and Miley Cyrus, I got to see 24 incredible performances from some of the best artists around the world. The show was so much fun and will be airing in the next few weeks.

And finally, I was once again up close and personal with the elusive chanteuse herself, Mariah Carey at the Fresh Air Fund “Salute To Our American Heroes” Gala at Tavern on the Green. I got to sit at Mariah’s table and celebrate the 20th Anniversary of Camp Mariah. Which brings me to my childhood… For some reason I never got to experience summer camp; I was always such a city kid. I wish Camp Mariah existed back in my days. I bet it’s filled with rainbows, butterflies, glitter and kumbaya moments by the fire while listening to MC’s brand new album Me. I Am Mariah… The Elusive Chanteuse.

OBSESSED!
“Eye Of The Needle” by Sia
“Monument” by Royksopp & Robyn
“Love Is A Camera” by Sophie Ellis Bextor
“Uptight Downtown” by La Roux
“Simplethings” by Miguel
“I Wanna Feel” by Secondcity
“Double Bubble Trouble” by M.I.A. & The Partysquad
“Move Forward” by Stine Bramsen
“First Love” by Jennifer Lopez
“Living Without You” by Sasha Keable
“Bridges” by Broods
“What I Want” by Ameriie
“Shades Of Cool” by Lana Del Rey
“Boom Clap” by Charli XCX
“If I Go” by Ella Eyre
“90s Music” by Kimbra
“Wrong Club” by The Ting Tings