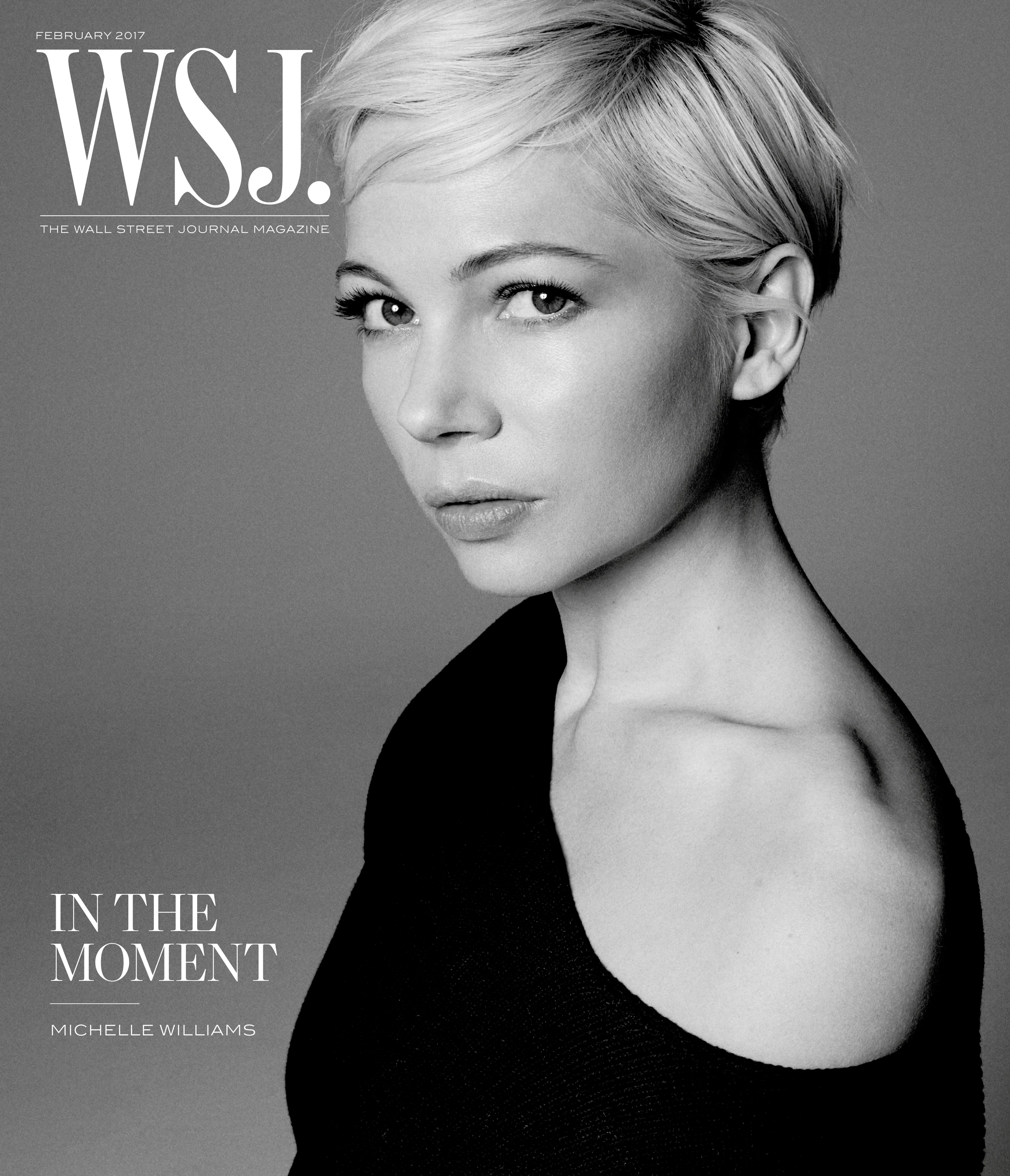 On the heels of co-starring in what many consider to be last year’s most depressing film, Michelle Williams fronts WSJ. Magazine’s February issue and gives a rarely seen intimate glimpse at her life. She opens up about everything from playing her Manchester By The Sea character and single parenting to work/life balance, moving out of the home she shared with Heath Ledger, and more—it’s been a long, long while since her Dawson’s Creek days, that’s for sure!

On her character in Manchester By The Sea:
“It was her bravery that moved me to tears. To think about somebody who could do that—because if it happened to me, I wouldn’t be so brave. Sometimes your mind drifts there, to the worst thing you can possibly imagine, and you say How would I cope with the unimaginable? I can’t imagine going on. Who hasn’t said at some time in their life, ‘My heart is broken.’?”

On being a single parent:
“It’s a little bit difficult to contend with a feeling of failure for not living up to a standard of normal. Sometimes it can feel alienating; at school functions, there’s only two of us single mothers. Everyone else has a partner, so we buddy up. But I have a family; I have the thing you typically get married for. I live in a commune.”

On taking the red-eye to make it home for Matilda:
“I got there in time to wake her up and make her breakfast and be late for school. I was trying to do all of it, but there are loose ends.”

On work/life balance:
“I worry about the next job and when it’s coming and will I be able to get it, but when you’re looking at something, there’s also the criteria of timing, the school calendar, the location, the duration, and just where we’re at as a family. How much does this work for me as a person, and how much does this work for my family? Sometimes they balance up perfectly, and sometimes they lean in one direction.We haven’t been on location in five years; I haven’t taken jobs that put us on the road. Everyone told me to travel while she’s young, but they hit a certain age, and they want a life. So we’re stuck—in a good place. There’s a lot of constancy. She’s in such a good place that I don’t worry about the stability of our unit when I have to go back to work.”

On doing theater:
“I look forward to going back as soon as possible. It’s harder than movies, and I’m hooked on the hard thing. I believe in the hard way. Long recipes, no shortcuts. I like things that take time, We only have so much time; we only have one life. That’s time I want to spend things that are really worth time.

What it feels like to be on stage:
“Every night you’re thinking this is an opportunity to do the best show you’ve ever done. My work is the place I allow myself to take risks that I don’t necessarily in my day-to-day life. The worst that can happen in my work is that I’m bad, and that makes it harder for me to get the next job. But my friends will still love me, and my daughter will think I’m great.”

Performing in Cabaret:
“That was a bruiser. Matilda’s pediatrician asked me how I was doing, and I said, ‘The show is driving me into the ground. It’s very difficult.’ He said, ‘Surely there’s access to joy somewhere out there.’ I thought, I just have to find the joy.”

On career perspective::
“It’s the thing I’ve always done. It’s the thing I know how to do. It’s the thing that makes our life work. It’s how we buy groceries. In the times when my self esteem has been so thin as to be untraceable, there’s always been a thread of work to hang onto. When I’ve felt without a sense of identity, there’s been work. Now I have a more well-developed sense of self and of defining personal accomplishments, so it’s not the same kind of substitute for self that it once was.”

On moving from the home she shared with Heath Ledger:
“At that time, I was inconsolable, because I felt, How will he be able to to find us? This is where we lived, and he won’t know where we are. And now I can’t believe I thought that. Maybe that’s what’s making me cry is I feel sad for the person who thought he won’t be able to locate [us].”

On her new perfect living situation:
“I got very lucky with this rental building situation. I didn’t know anyone there, but we’ve made friends. It’s a modern family. I have a best friend next door, and a grandma and grandpa down the hall. There’s Rosie and J.P.—Rosie will see me in the elevator and say, “You look tired—you need to take better care of yourself” and then bring over a lasagna. And there’s Kate and her daughters. There’s a building ethos of “What do you need?” and “What can I do?”

On getting married:
“I’ve not gotten married because I have not had a person to whom I would—so I have not let my sense of conformity or duty override my instincts.”

On romance:
“It’s hard to romanticize romance when you’re 36. When you’ve been a parent for 11 years and you’ve done it alone, you don’t have romantic ideals, because you have a practical understanding that you can do it by yourself. The romantic idea of meeting your person and having a storybook family life that looks like the model you grew up with—that doesn’t really exist for me.

Read the interview here or pick up a copy when it hits newsstands January 28.