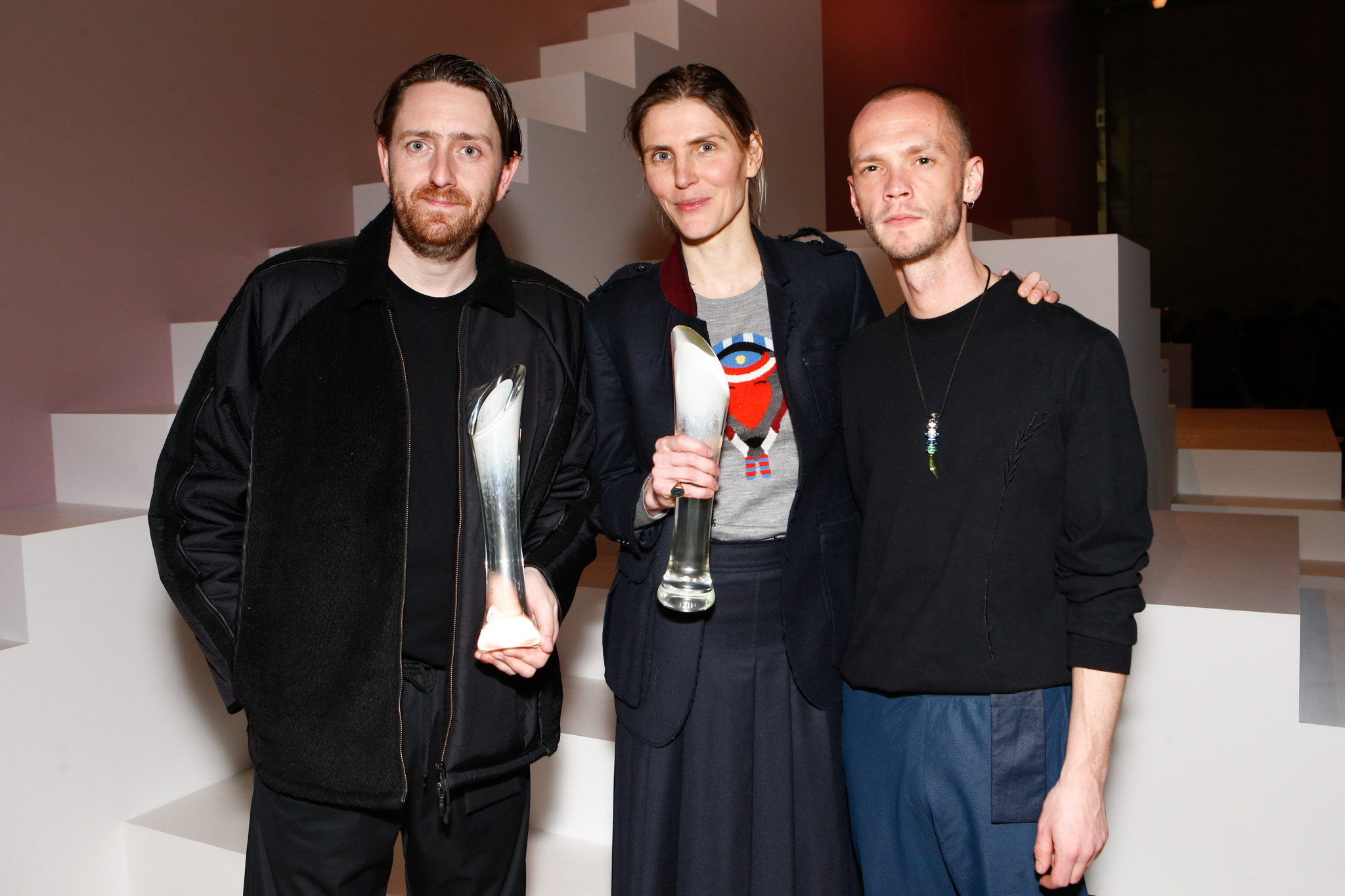 The International Woolmark Prize winners are in! Gabriela Hearst and Cottweiler both took home first place in womenswear and menswear, respectively. The awards hosted menswear and womenswear together for the first time, and returned to its hometown of Paris. The labels will each receive AU$100,000 to help grow their businesses, as well as industry mentor support, Woolmark certification, and the chance to be stocked in department stores and boutiques including Boutique 1, Boon the Shop, David Jones, Harvey Nichols, Hudson’s Bay Company, Isetan, Lane Crawford, LECLAIREUR, mytheresa.com, The Papilion and ssense.com.

Menswear designer Cottweiler, helmed by Ben Cottrell and Matthew Dainty, used Merino wool for their utilitarian designs, including padded hoods, detachable cargo pockets, running caps, and elasticized hems and cuffs. Gabriela Hearst, having grown up on a sheep farm in Uruguay, tapped into her familiarity with the fabric for a collection including sleek silhouettes, updated trench coats, pleats, an evening dress with a baseball jacket, long-john one-pieces, a reversible puffer vest, and cycling trousers.

“I was very much in support of Gabriela,” said Beckham in a statement. “I love what she does and she’s clearly very talented. I like her eye, she has great product and she’s a strong woman.”

“COTTWEILER doesn’t want to show off and are very relaxed and confident in themselves and what they show,” said Hood by Air’s Oliver. “They know where to go with this funding and it will give them the push to get to the level they deserve to be at.”

Hearst, Cottrell, and Dainty were up against more than 75 designers from more than 60 countries, including finalists MÜNN and TOTON (Asia); Ex Infinitas and macgraw (Australia & New Zealand); Faustine Steinmetz (British Isles); TONSURE and Tim Labenda (Europe); Bounipun and Nachiket Barve (India, Pakistan and the Middle East); and Rochambeau (USA).  All finalists’ collections will be available for wholesale via Ordre.com.