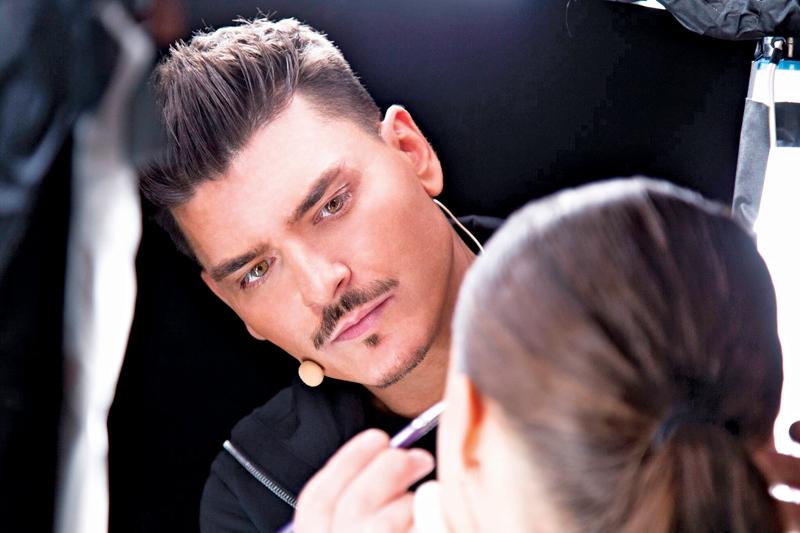 You can rhank Mario Dedivanovic for making contour a trend…and Kim Kardashian a beauty magnate! The NYC-based makeup artist is responsible for a decade of Kim K glam, and now, he’s teaming up with the star for some major collaborations.

When did your love for makeup begin?
I grew up in the Bronx, and after high school, I looked for a job in the city. I walked into the first Sephora in the United States in Rockefeller Center in 2000, and I was overwhelmed by the feeling of wanting to work there. Everyone was wearing black suits and gloves, and there was fragrance everywhere. My mom was like, “No, no, no, let’s leave, this isn’t for you.” But I was hired as a fragrance consultant at 17. I’d stand by the door welcoming people, and women would constantly ask me for help, leading me to become obsessed with makeup. I discovered my talents there!

When did you start taking on clients?
While I was at Sephora, I booked side gigs, doing the makeup of brides and local cabaret performers. I became immersed in the profession and started building my portfolio by working with photographers. I started assisting shortly thereafter. I’ve always worked on multiple things.

How would you describe your makeup aesthetic?
I like a polished and feminine look to my makeup. It’s never overdone. I like leaving one element that’s underdone. It’s very blown out—no harsh lines. I like to soften people’s faces. 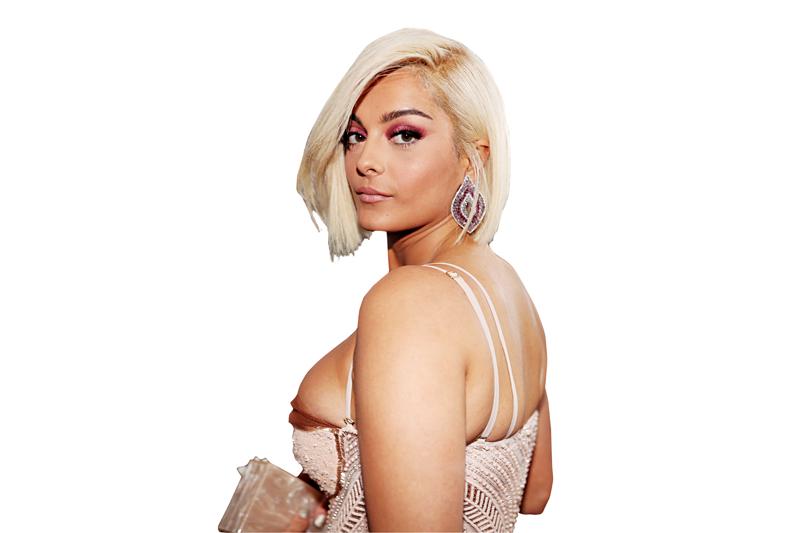 How did you first come to collaborate with Kim Kardashian?
Kim wanted her first KKW Beauty collaboration to be with me. We started working on this months before her line even launched. We’ve worked together for a decade now, so I wanted the collaboration to reflect our decade of glam. She’s had a massive, unparalleled influence over beauty as well as my career, so I wanted to make products that will allow you to achieve any of our looks over the past decade. 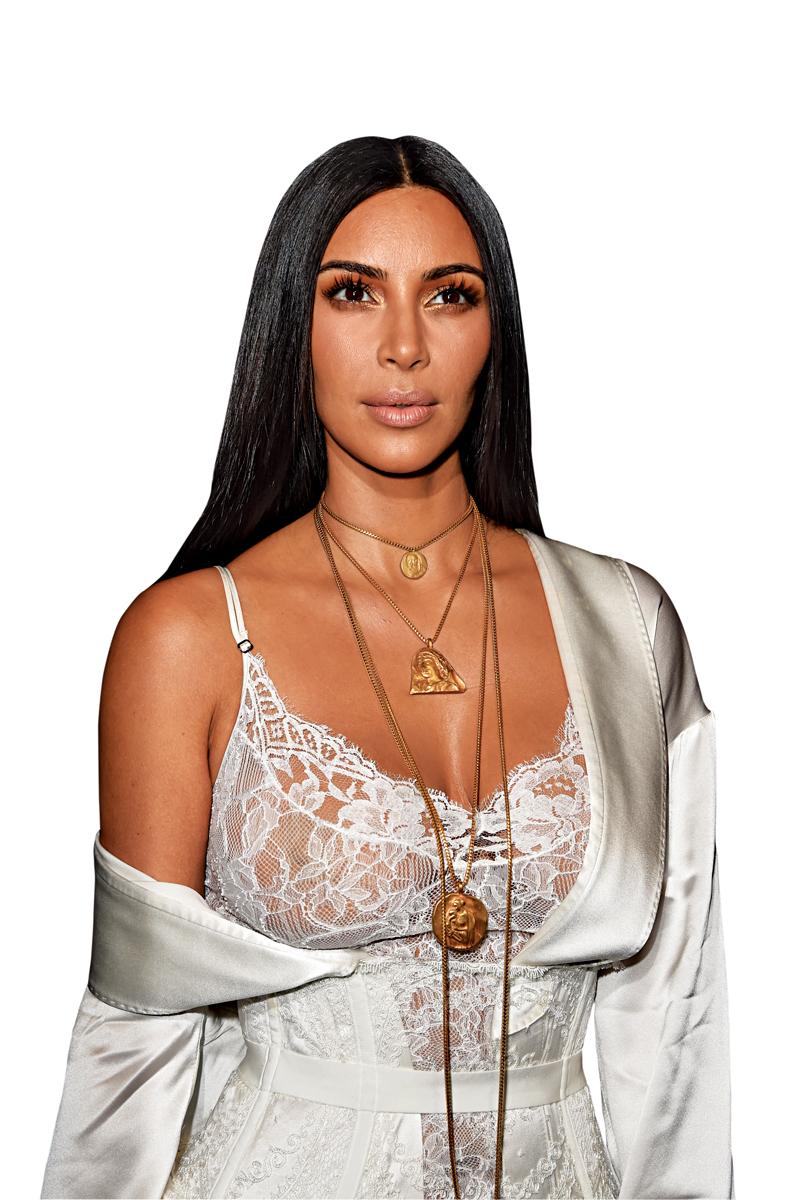 What was it like working with Kim in this capacity?
She’s so easy to work with in any capacity. She gets back to you right away. It was emotional for me to look back at all these moments we’ve created together.

What were each of your roles?
In terms of color, shades, and formula, I was all in. She totally respects my opinion and relied on me for that. She was very involved and loves doing the packaging and the design—that’s all her. She even pushed the collaboration to a later date because I wasn’t ready yet and wanted some different formulas.

What was your reaction when Kim asked you to be a judge on her new Lifetime show, Glam Masters?
I had a very mixed reaction…I wasn’t sure exactly what kind of show it was going to be. I was afraid but as I learned more, I signed on.

What’s the format?
It’s a beauty competition hosted by Laverne Cox, who is also a judge along with myself, Zanna Roberts Rassi, and Kandee Johnson. Makeup artists, beauty bloggers, and YouTubers at all different levels are competing in challenges, and eventually there will be one winner who gets a massive prize. I think that’s all I can say right now!

What was the dynamic like among the judges?
So good! We met each other for the first time with mikes on during the first day of shooting. I don’t know how they did this casting, but we all got along—I’ve never laughed so hard with any other group of people. We also cried. We constantly text one another and go out for dinner. We all have different opinions when it comes to the show, but we have such an amazing chemistry.

What was the best piece of advice Kim gave you going into this?
She said, “Mario, just be yourself. Don’t think about anything else.” And that’s what I did.

You teach a Master Class all over the world now. How did that originate?
It started around nine years ago because I had gotten tons of tweets, e-mails, and Facebook messages from makeup artists asking for advice. My first class was for 20 people in L.A., and it grew from there. I now cap the classes at 600 people—in April, I’ll have one in London. Then I’m going to Albania, where I’m from, and then Australia. 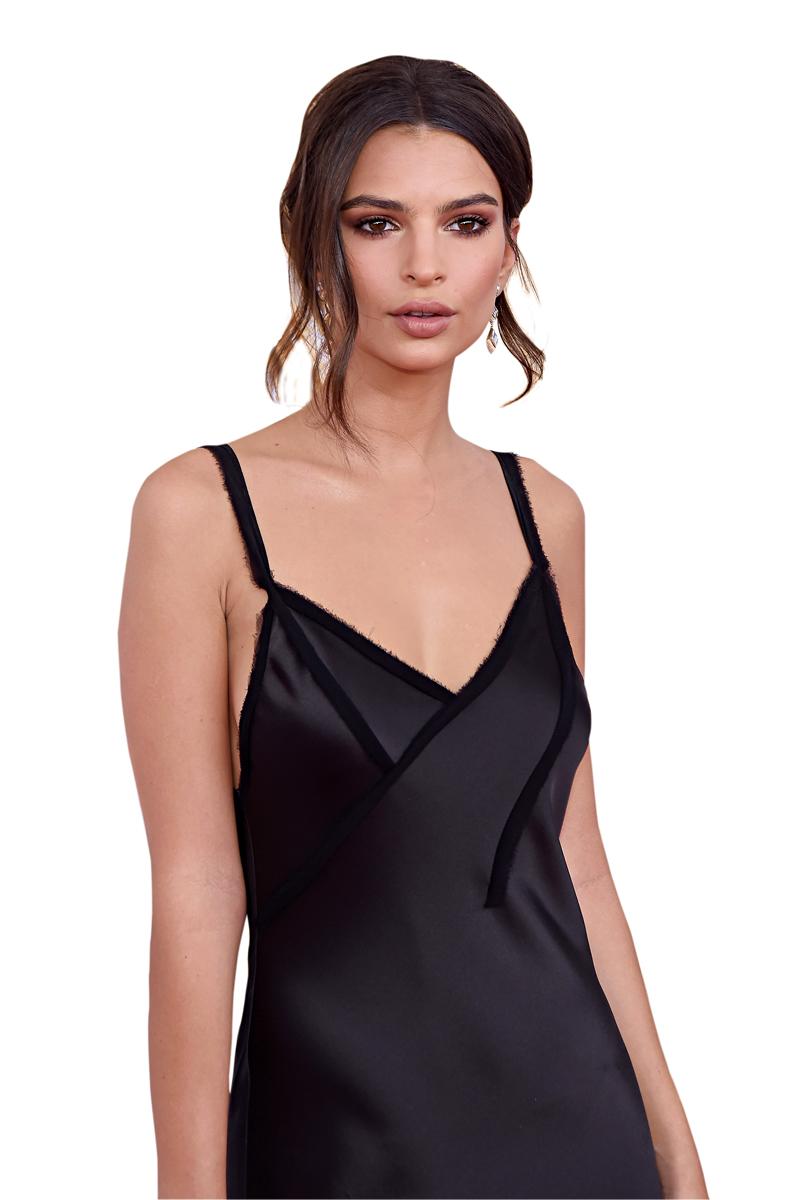 When did you start blowing up on Instagram?
I never took Instagram seriously until I reached 1 million followers three years ago. Once that happened, I started to see things change in terms of my career and the opportunities that came with it. I’d even notice how celebrities saw my work and brands were reaching out, and my Master Classes were getting rapidly larger. When I noticed the shift, I realized this was serious and began taking it seriously and dedicated time every day to plan out posts.

How much of your home is dedicated to makeup?
I lived in a one-bedroom, and all the packages from publicists would come there. It became so overwhelming that I had to move. My apartment was literally covered in boxes, so in my new place, I made a closet dedicated to all my beauty products.

If you could do anyone’s makeup, who would it be?
Meghan Markle. I want to do her wedding. That’s like my dream!

Can you apply for the job!?
Who knows? Ever since I was a little kid, I loved Princess Diana, so it would be emotional to do her baby son’s wedding. It probably won’t happen, but maybe she’ll read this article!

Christopher Michael Is Bringing Ford Models Back to Life

Norma Kamali Is Selling Her Archives and Getting Dishy