Norma Kamali Is Selling Her Archives and Getting Dishy 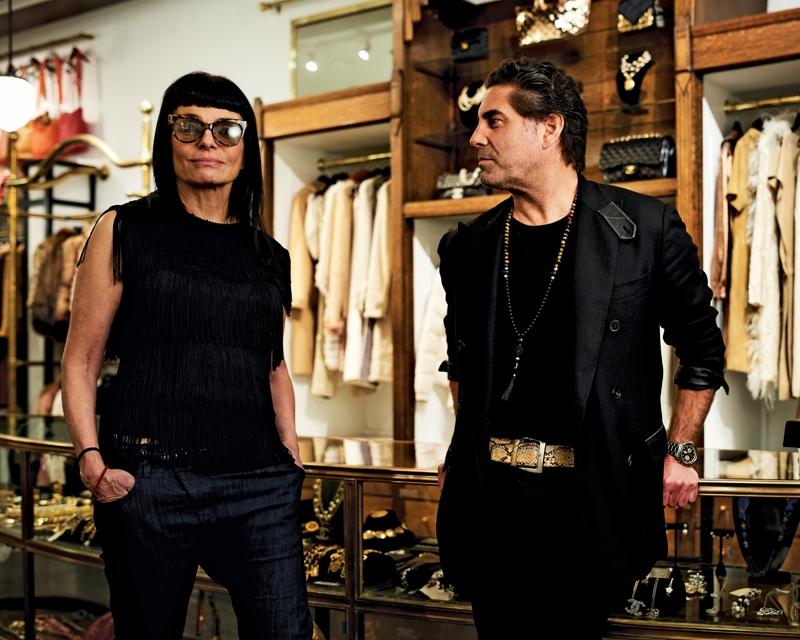 When Norma Kamali turned 50, she made her first attempt to declutter. Now, as she celebrates her 50th (!) year in the fashion industry, she’s selling what remains of her archives through What Goes Around Comes Around. Kamali and WGACA’s co-founder Gerard Maione discuss the designer’s incredible journey in fashion.

Norma, what inspired your initial purge?
Norma Kamali: One day, I was walking down the street on a really sunny day, and I saw a young girl with long blonde hair wearing this amazing suede skirt. I suddenly realized it was the first skirt I had ever made…and I made it in 1967! I felt like that was a signal to get rid of all the things I was holding on to.

Were you familiar with What Goes Around Comes Around (WGACA) before you met Gerard?
Kamali: Of course. There are a lot of “vintage” shops, but the quality of WGACA’s selection is what has given them continuity in the vintage world. When I started, I was selling vintage so I know what it’s like. It’s a tricky business if you don’t know your stuff.
Gerard Maione: When we started in ’93, we were mostly selling clothes from the Victorian period through the ’60s. Our approach was about curation, service, and merchandising. We wanted every piece to be great and feel relevant.
Kamali: Now, there are beautiful clothes everywhere but very few people who are creative about dressing. Vintage gives you permission to do that. In London in the ’60s, I would go to a place called Antiquarius on Kings Road, where every singer and on-the-verge rock star would shop. For example, Jimi Hendrix, who always looked great. There’s a picture of me with some friends in 1967, just layered with stuff from Antiquarius. It ended up running in Paris Match, and they dubbed us “The Londoners.”
Maione: The late ’60s and early ’70s period in London is a big part of our DNA—[boutiques like] Granny Takes a Trip and Biba.
Kamali: I would always bring back Biba, Bus Stop, and Ossie Clark. I’d wear $12 dresses from Bus Stop. At that time, I was working at an airline so I could travel. Nobody was talking about London in America yet, but a friend told me to go there. When I got there, I heard about this boarding house off of Sloane Square on King’s Road that was $6 a night. Keep in mind, I was making $80 a week, so it’s all relative! [Laughs] Color was everywhere, and everything was emerging. I was wearing really short miniskirts in London, but when I came back home, everyone was yelling at me in the streets and calling me a prostitute. I wore miniskirts, a fox boa, boots, a wig, and false eyelashes, and when I went to work at the airline, they said, “You have to go home.” But I knew that if I sold the most tours, they wouldn’t send me home, which I did! So I’d wear my boas, and it was fantastic. Then I decided to have my own store. I brought a bunch of clothes back, and I started to make things.

You’ve always been an advocate of futurism and an early adopter of technology. Is that something you attribute to your staying power?
Kamali: First of all, in the ’60s I was working on a Univac computer for the airline. Can you believe that? But I still don’t know how to type. [Laughs] I would see what was going on at the airlines, and I knew that someday people were going to think of other things to do with that technology. In 1995, I heard you could have a website—nobody was looking at them, but I had one! [Laughs] I did an event to launch it, and I had mannequins that had monitors for heads. I think because of that early experience, I was never afraid of technology. 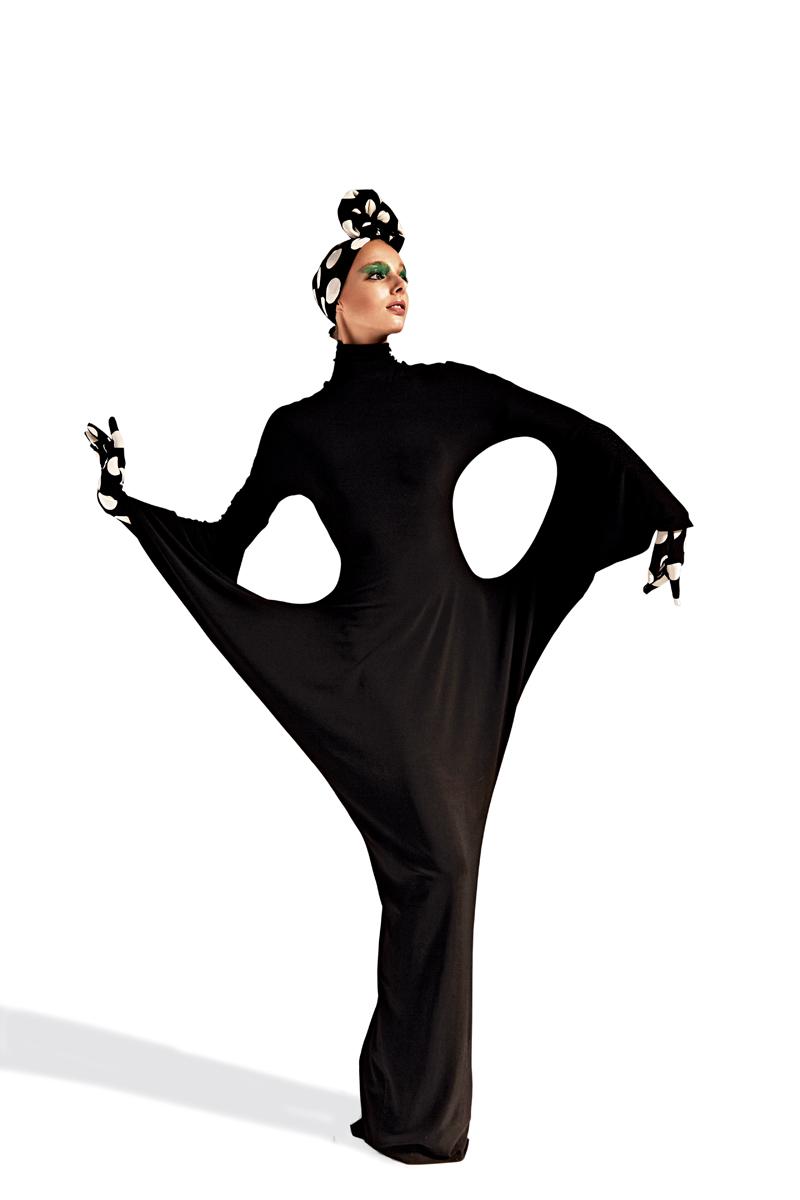 Is every piece in the archive collection one-of-a-kind?
Kamali: Yes. Everything that WGACA has is from a one-of-a-kind collection that I saved. When I turned 50, I got rid of everything—or so I thought. Then Marissa [Santalla, Kamali’s publicist] was digging through the PR storage room in another location not too long ago and she found these pieces. I felt like WGACA would give them the most respect. They picked through and chose some pretty great pieces.

Gerard, how many pieces did you end up taking?
Maione: We took almost everything from the vintage side. Some pieces went as far back as the ’70s.
Kamali: If there was a specific pattern or beading I liked, or a fabric used that is no longer in production—that’s why I kept most of them.

WGACA has one of your parachute pieces—is it among the first ones you made?
Kamali: Yes. You’ve been collecting parachute for a while, right, Gerard?
Maione: Yes, ever since we opened our doors in 1993, we’ve built our own archive of items that are only available for rental. We’ve actually had this parachute dress for a very long time.

Norma, why did you start working with parachute material?
Kamali: I started doing parachute in the mid-’70s. This is a story I didn’t tell for a long time, but I was good friends with Victor Hugo, who was Halston’s designer, lover, and everything else. My shop was a block away from Halston’s. Victor hung out in my store all day long and we were good friends, and he was a creative guy. During that time, I did a swimsuit that was made of one piece of fabric that wrapped around the body. In my little world, it was a big hit. One day, I looked at the cover of Time, and my swimsuit was on the cover, but it was credited to Halston. I was so hurt. Victor knew I was upset. I didn’t say anything because Halston was such a big star, and who was really going to think that I did it? So Victor called to apologize over and over, and he said, “I want to make it up to you. Halston is going away this weekend, and you have to come to his house.” So I went, and Halston had a big, open brownstone that he gutted from the first floor all the way to the top. Victor told me to sit on this big ottoman in the center of the room and he went up to the balcony and he said, “Close your eyes. I have a surprise for you.” Then he dropped a parachute on me. 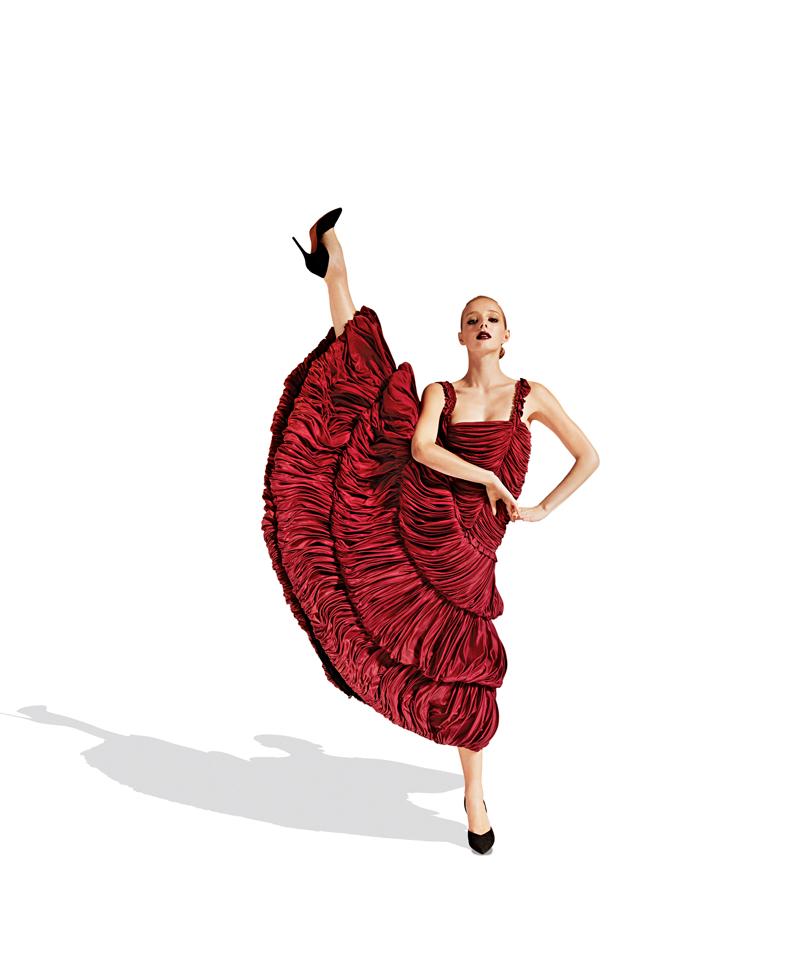 Why?
Kamali: He said, “I’m going to make this up to you—you’re going to have a lot of fun with this.” At the time, I was making clothes out of blankets. So I forgave him, and I’ve been making parachute designs ever since!

You’ve been copied quite frequently over the years.
Kamali: It was tough when I was super poor, and big stores and designers were making a lot of money on my designs. And there I was, so afraid I wasn’t going to be able to pay the rent. I was eating things like Drake’s Cakes, and I barely had money to buy fabric. But you know what? I always have another idea. Now, I’m no longer worried about the rent, so it’s all good!

Which pieces were copied the most?
Kamali: A lot of swimwear. The sleeping bag coat, of course, and all my sweats have been copied. There are companies that existed for a long time on just five of my designs. I would never name names, but I would get a little annoyed when famous designers would thank me for being an inspiration. When I sold some of my vintage when I turned 50, the top collectors were designers. They would buy big garbage bags full of my clothes! So, of course, I would see versions of what I’d done in other people’s collections.

Gerard, what did you think when Norma made these archive pieces available to WGACA?
Maione: It was beyond an honor. It’s one thing having a couple of pieces, and over the years, we’ve bought and sold pieces, but to have 70 pieces that cover such a breadth of her designs is just incredible.
Kamali: I really like the group you put together. Up until 1973, I was only wearing vintage. Ultimately, I wanted to create the vintage of the future. I did a collection of jersey dresses, and one of them is the all-in-one, which you can wear 12 different ways. We still sell that dress and the other pieces from that collection. It’s the same style, but the fabrics are much better now.

Gerard, which piece in the archive collection do you think is the most special?
Maione: The hand-beaded Navajo-inspired jackets. What inspired those pieces, Norma?
Kamali: I was using hand-appliquéd fabrics from tribes, and I decided to take all the patterns and do them in beading. I used Native American fabrics, and worked with a place in India to do the beading, and it was all done by deaf girls in a convent. They learned the art and we gladly paid for their work, which was always so beautiful.