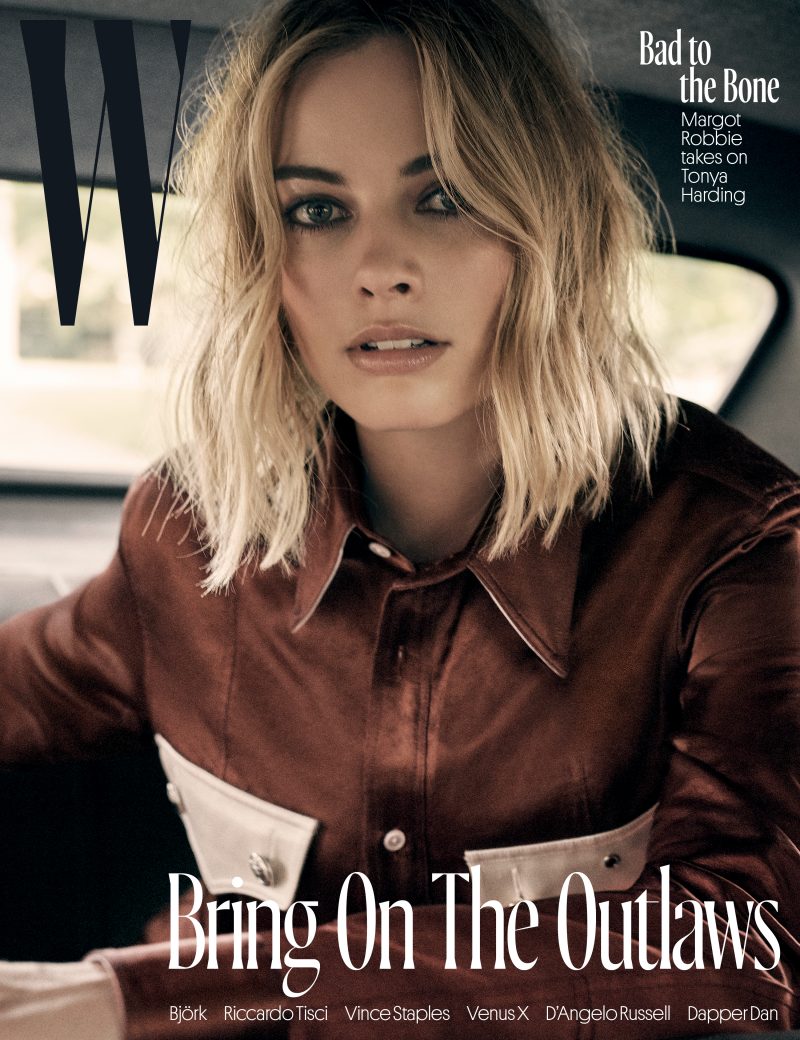 Just in time for the debut of her new biopic I, Tonya, actress Margot Robbie plays it cool on the cover of W Magazine‘s November issue, lensed by Craig McDean. Melanie Ward styled Robbie for the cover, where she dons a shirt by Calvin Klein. In the interview, written by W‘s Lynn Hirschberg, the beauty reveals how she prepared for her role in the film and why the character stayed with her. Plus, Robbie also dishes on dressing up for Halloween, telling W she never got the “dress slutty” memo, and the costume that particular impressed James Franco one year. Peruse other highlights from the story below, and read the interview in full, here.

On playing Tonya Harding in I, Tonya:
“The more I became Tonya, the more I saw things from her point of view. I’m on her side 100 percent. I don’t think she did anything but be different from what the world wanted. There are cool misfits, and then there is Tonya. She didn’t fit in. And I love that.”

On preparing for the role:
“I did four months of training, five days a week, four hours a day,” she recalled. “On Christmas Eve, I was at the rink. And now I actually really miss it. I kept my ice skates—but I said goodbye to a whole world of pain that I didn’t realize came along with figure skating.”

On dressing up for Halloween:
“A lot of my friends dressed up as Harley Quinn for Halloween. When they started texting me, “What did the tattoo on your right thigh say?” I really thought they were taking the piss. I was like, “Ha ha.” But they wrote back, “No, seriously, we are dressing as Harley for Halloween!” And so many guys dressed up as her, too, which is my favorite thing. Every Halloween I dress as a guy character because they are always the most fun. From Day One, I never got the Halloween slutty costumes. I went out as Jason from Friday the 13th, with my jumpsuit and machete. I was in New York that year, and it was snowing. I thought, Surely, everybody is going to cover up. But every other woman was in lingerie. My favorite costume, though, was James Franco’s character in Spring Breakers. I did my hair in cornrows, put on a Hawaiian shirt and a gold grille on my teeth. I nailed it! I’ve always dressed up as guy characters, so to think that guys are now trying to take on Harley because she’s the coolest and the craziest—that’s pretty awesome.”