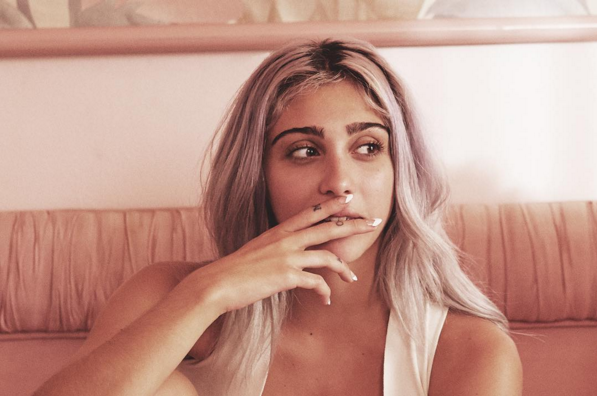 Like Madonna, like daughter—Lourdes Leon is following in the footsteps of her mom and has landed a spot in the campaign for Pop, a new fragrance from Stella McCartney. The designer shared the news on her Instagram early today, and the 19-year-old rising artist will share the spotlight with Amandla Stenberg, Grimes, and Kenya Kinski-Jones. McCartney has gradually revealed Pop’s campaign stars throughout the week, giving a glimpse at her new generation of muses.

“Lola, who I’ve known her entire life, is at the beginning of her career as a performance artist,” McCartney’s caption reads alongside a pic showing Lourdes with lavender-blonde locks and her finger tattoos that spell MOM. “She’s an independent, inspirational and free-spirited young woman. Despite being born in the spotlight, she has kept her feet firmly on the ground!” Lourdes made a brief foray into fashion with her mom in 2010, creating the Material Girl line available at Macy’s, but this marks the first time the teenager is at the front and center of a full-fledged campaign. 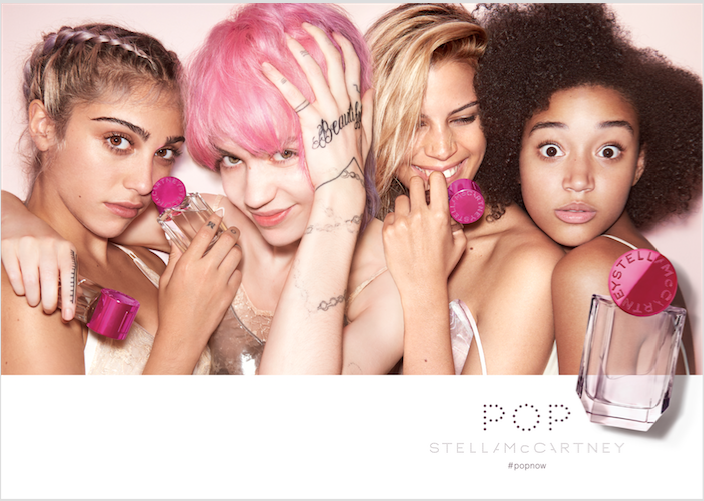