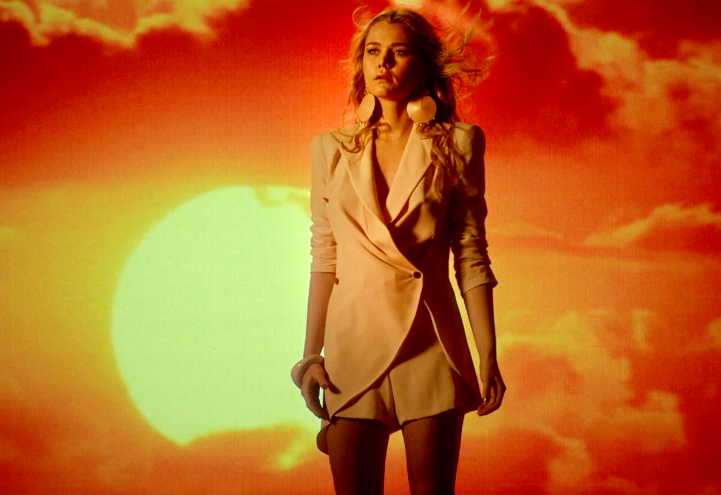 Lights, camera, action! Immy Waterhouse, younger sis to fellow mod Suki, stars in Emporio Armani’s new fashion film, which is an interpretation-meets-presentation of its Spring/Summer 2016 collection. British fashion photographer Rankin directed the film, and has worked with the likes of Kevin Spacey, Kate Moss, and even the Queen of England. The film, which was inspired by Hollywood’s Golden Age, gives viewers a minute-long rollercoaster ride through the drama, romance, glamour and heart-pounding action that cinema of that era is known for. The trailer-style tale gives a glimpse of the life of the gorgeous starlet, and was shot in one day in front of a giant LED screen that offered a pink and coral backdrop, colors that dominate the collection.

Check out the full video below, where spring fever awaits.