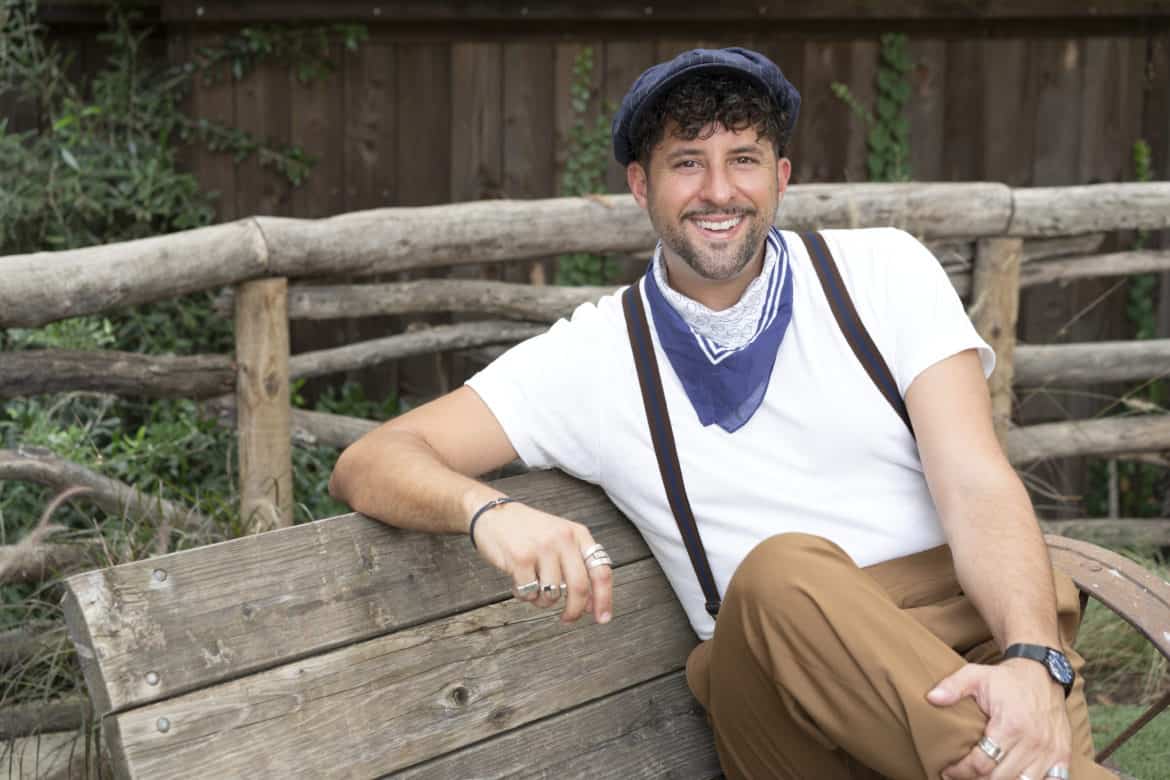 Warning! Making The Cut spoilers ahead! In episode two, which dropped on Amazon Prime last Friday, the designers showed their best Resort looks to judges Heidi Klum, Tim Gunn, Winnie Harlow, Jeremy Scott, and guest judge Prabal Gurung. The winner?   LOVE HERO designer Joshua Scacheri—aka the one with the dreamy accent! We chatted with the London based-designer via Zoom last week to hear how he conquered the challenge, why he decided to appear on the show, and how he’s a pioneer in sustainable fashion.

Congratulations on your challenge win! How did the competition feel for you?
I think it went extremely well. I always said on the show that I had won by just getting there, so anything else is a bonus. It was just an amazing experience. Especially coming from London and going all the way to L.A. to shoot it and getting to know designers and being on set with the beautiful celebrities. Tim Gunn and Heidi were amazing, as was the production crew. It was just a great experience for me. It kind of made me reassure myself that I can do what I do, and I do it really well. So I’m super proud.

The second episode was a Resort competition. How familiar are you with designing Resort?
I was born in Australia, so the beach and holidays are part of our lifestyle. I was comfortable because I just knew that I could adapt very quickly. I knew exactly what I wanted to do in terms of prints. That’s my forte—print and color! And I just really wanted to bring it back to my personal experiences. I had a good feeling about it when I started conceptualizing the ideas. It was a great moment. 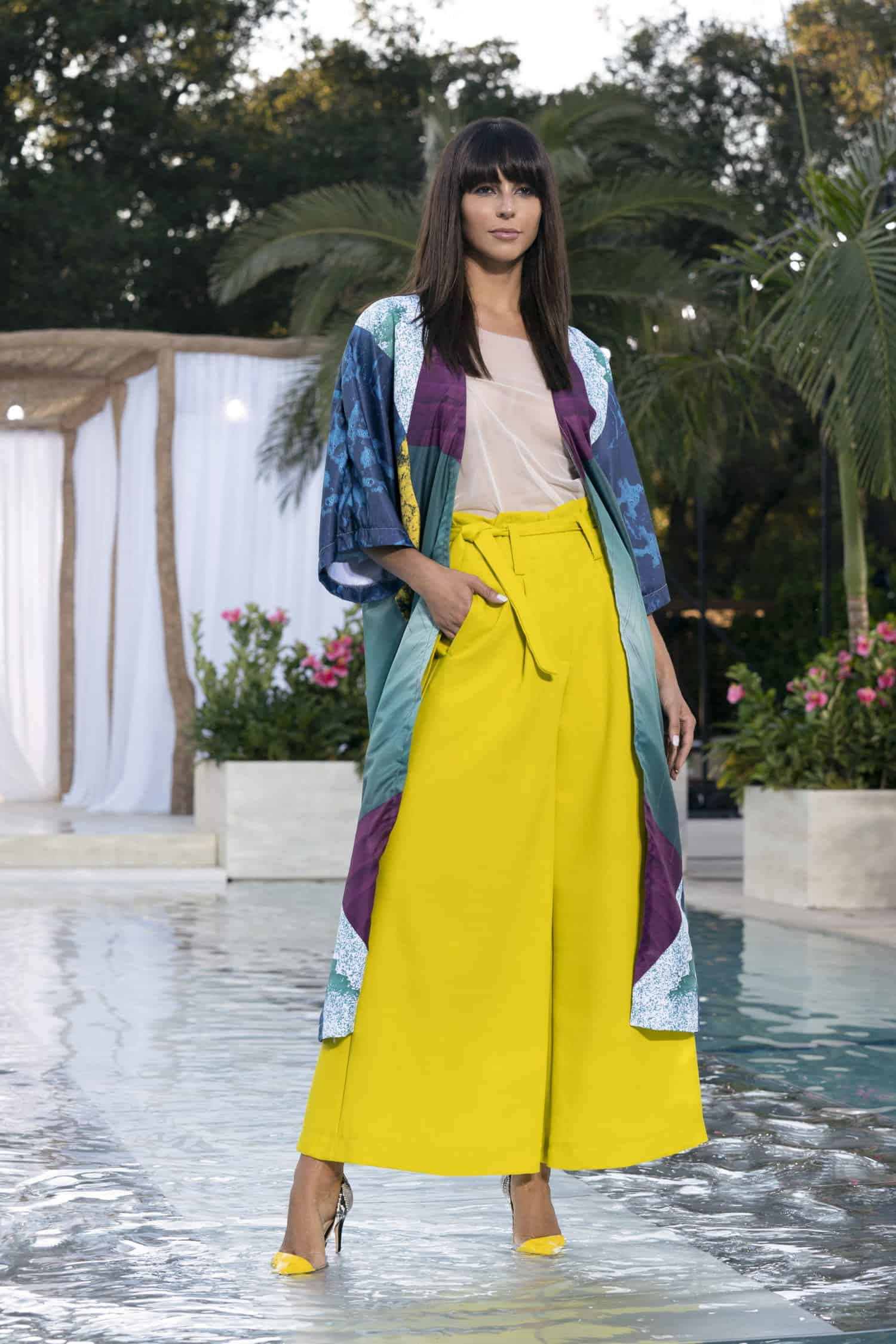 Tell me a little bit more about your background.
I started off in Australia. I had my first brand back in 2006. Instead of menswear, it was a very cutting edge contemporary brand. Then I merged into womenswear about two seasons after, and that’s kind of when the brand started to really take off. I was doing Fashion Week and was featured in the big publications like GQ and Vogue. Menswear has always been the easiest path for me to go to, because obviously, I’m a man. But designing womenswear is also special to me, because I’m surrounded by women in my life. I’ve got a beautiful daughter, a great partner. For me, a woman is so powerful and so strong. Stronger than men to be honest. When designing for a woman, I’m always looking at their personalities, their lifestyle, and their attitude to things. A woman can be beautiful in any way. It comes across in the attitude and the confidence. So that’s kind of how I started my career. Then after seven years, I decided that I really needed to be in the epicenter of fashion so I decided to move back to Europe. I really wanted to get a better grasp on the industry. I moved to London. I wanted to focus more on tailoring.

Have you always worked in sustainable fashion?
I’ve been applying sustainability [practices] for probably about 12 years. I was going to set up a business with a friend of mine from Brazil, and we were going to import sustainable fabrics made by the Amazonian women in the Amazons. We were going to set up a little agency in Australia. Obviously it was so ahead of its time that it didn’t really take off.  In the past five years, we’ve pushed sustainability. The big brands have been working for it, but it still hasn’t been a talking point for them until recently.  It’s a talking point but for us, it’s a foundation. For us, it’s all about traceability, certifications and fabrics. Every fabric that we have, we know where it’s coming from. We’re using blockchain technology on our website and tracing back to the farms where we get the raw material. So it’s really an insight to where the products are coming from so the customer knows that they’re getting a legit thing. 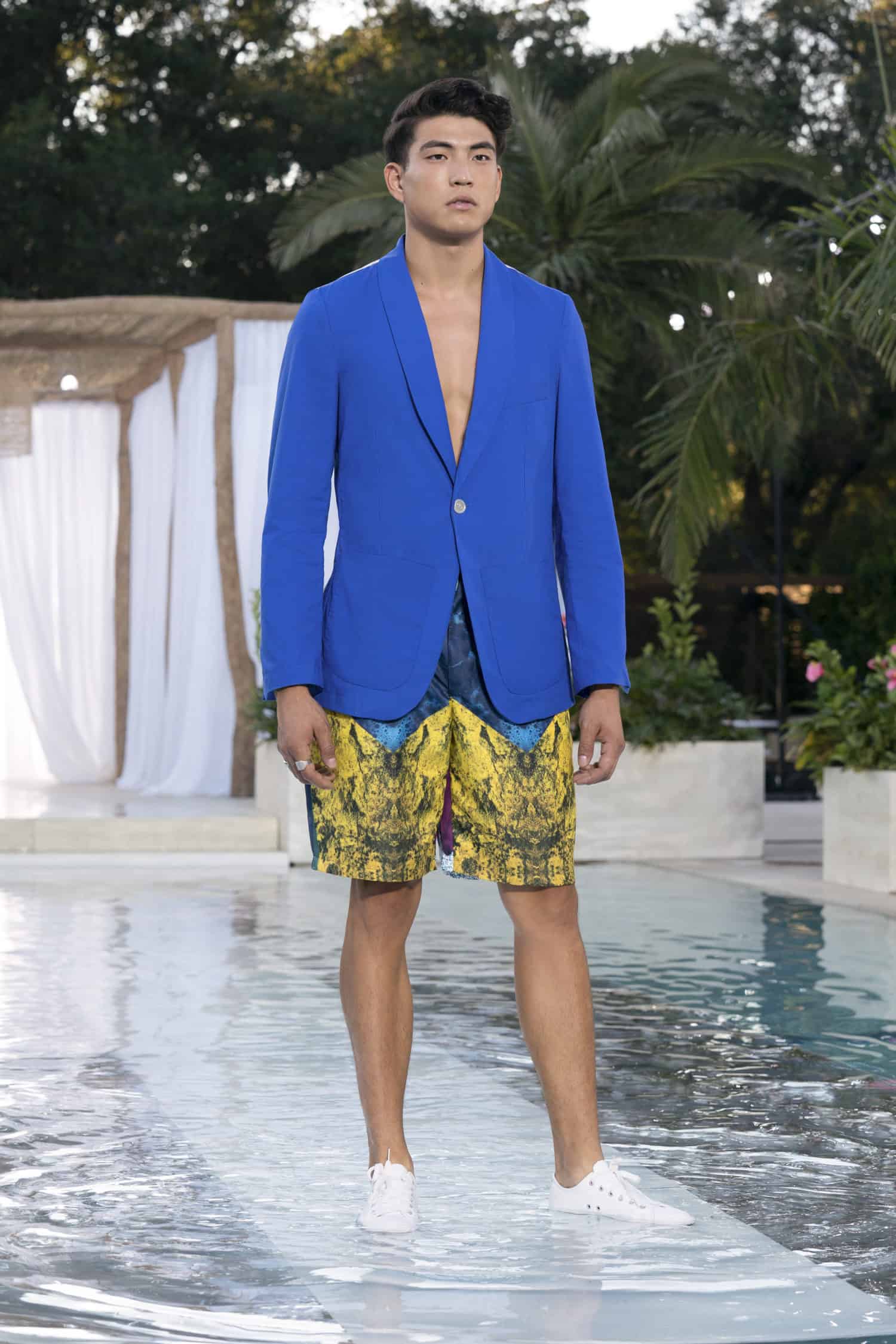 How did Making The Cut come to you?
I was headhunted by the casting director. She hit me up on LinkedIn. And I was like, ‘Oh, okay. Not sure, TVs pretty messy.’ Then the first season came out. So I watched the first three, four episodes and thought of it like Project Runway. Obviously Making The Cut is different and the level of production I think is way better. I was working for a luxury brand at that time; for DAX, so it was hard for me to make a decision. Then I eventually came around and I decided, why not? Life is too short, you gotta take risks, and just go for it.

First impression of Heidi Klum?
I think every man in this world has the same first impression that I had. Yeah, she’s amazing. Heidi is beautiful, she’s smart, and she knows what she’s doing. She brings a vibrancy to the show. And she’s real. She’s not that type of person who is one person in front and then is a different person behind. What you see is what you get. And that’s what I think I love about Heidi. Tim is also amazing.

What’s next for you?
We went live [last week.] You’ll see our collection that we’ve been working on for the past eight months—putting the business together, and the collection and website. We’ll be doing a lot of content filming. We’re gonna release that and hope for the best and see where it takes us.

Why is your brand called LOVE HERO?
It’s two words that are really powerful for me. And for my team. Obviously, we need more love in the world. We’re going through a period where I think COVID has affected a lot of us and brought us together, but there is also still a lot of confrontation in the world. That’s a real representation of how I perceive the world to be in the future, for my children, and other people’s children to live better. Then, hero is all about feeling a hero to yourself, but also being a hero to the planet and really looking after doing well, and just doing little bits to help reduce your impact. Those two words sort of bolted together. And I think they’re quite catchy and beautiful. And it’s three co-founders, myself, my partner, and a friend Heather, who’s based in New York. We’ve all come together. This is the journey now. It’s really exciting. I’ve done this before, so I know what I’m doing. But I’m doing it now with a different perspective, and with a lot more knowledge and experience. And I’m really excited to see where this is gonna take us.