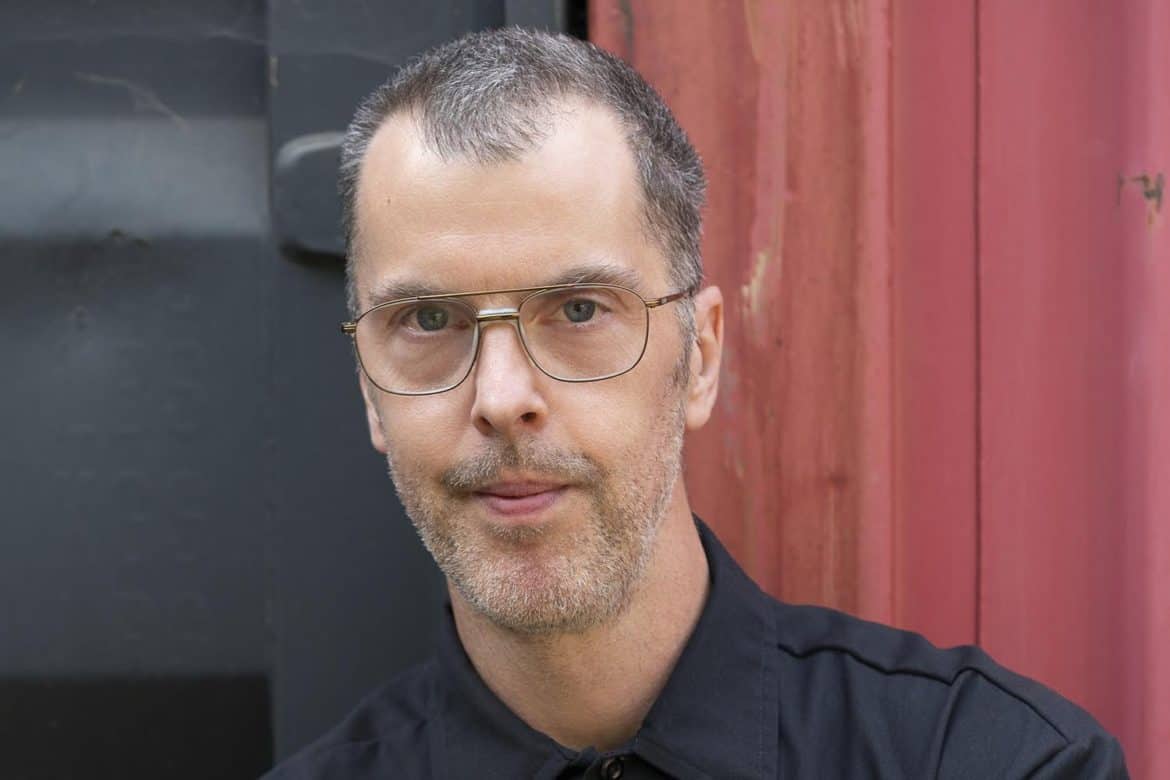 Warning! Spoilers ahead! Today marks the season two premiere of Amazon Prime’s Making The Cut. For any newbies, the fashion design show features Heidi Klum and Tim Gunn as hosts and judges alongside Winnie Harlow and Jeremy Scott. During the running, designers compete for a million dollar prize and a chance to sell their collection on Amazon Fashion. The first episode introduced the designers, and one whom we already long familiar with was Graham Graham, who has endured some highs and lows in his career including closing his namesake label. Now this talented designer, a former Vogue/CFDA Fashion Fund finalist, is ready to reinvent himself—and he’s off to a good start since winning the first episode’s challenge! The Daily caught up with the designer via Zoom this week from his home in the Catskills about his latest chapter.

Congratulations on being the first winner of the season. How’d that feel?
It felt really good. It was a big surprise! When I created the garment, I knew that it was the runway look and the ensemble look. I was really just in my head thinking about how to interpret that. During the episode, I saw a lot of pieces that I thought would definitely be really accessible and kind of successful on a commercial level.

You were one of the names in the show I’ve known of for years. I even went to your show back at Milk back in the day! We haven’t heard from you recently. Did the show feel like a second chance for you and your brand?
When I closed my company, I really wanted to focus on things that I was wanting to do my entire career.  To me, it’s more about a reinvention than a second chance. All I do, all I’ve really been doing is telling these little stories on my Instagram, and getting new followers. When this came about, I just thought, ‘Wow, this could be an amazing opportunity!’

What were your apprehensions about doing a show like this?
My apprehensions, honestly, were more about my mental and physical wellbeing. I’m very careful about what I take on and what I can handle. So it was really more about that. I didn’t have any apprehensions in terms of being part of the show because obviously, as a brand, you’re entering another brand. You kind of do that in the same way when you sell to a department store or another store. I had no second thoughts about that. Plus, I kind of did my due diligence with knowing who the producers were. Everything felt really good, and I was just really excited. My apprehensions were what I couldn’t handle. 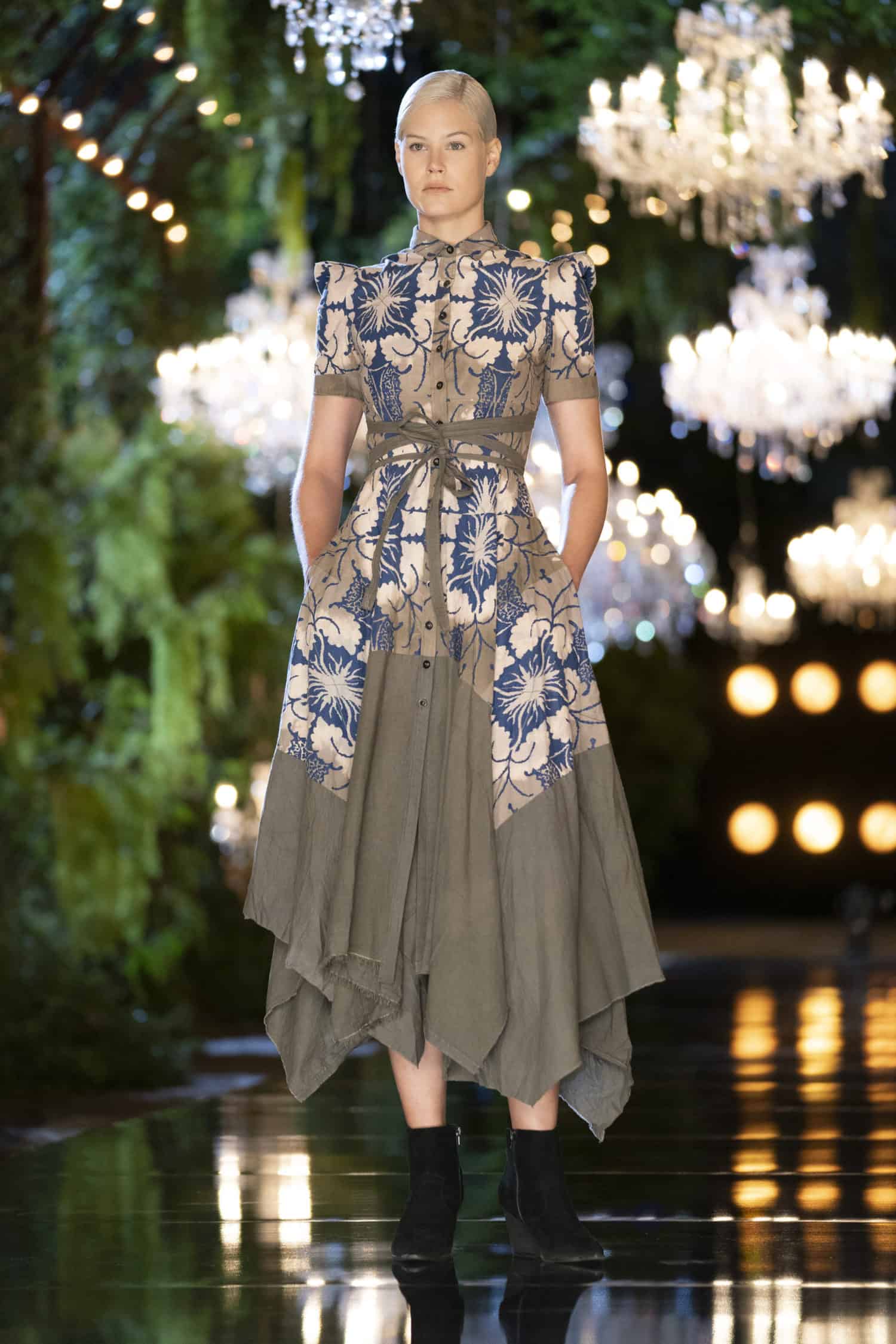 You shot the show at the height of COVID in September 2020. What it like behind the scenes? Were you nervous?
It was just part of our life. We got tested first thing every morning. We traveled in pods. There were a lot of people on part of the crew that were just solely there to make sure that you weren’t doing anything that would endanger your health, or compromise the production. And obviously none of us wanted to be the reason things got shut down, so it was very controlled, and we were all very careful.

Tell me a little bit more about your brand today. How would you describe the aesthetic to people? What is it now?
This is actually a good question, because it’s a big part of the show. And it’s something that I constantly struggle with. Basically, what I’m doing here, in upstate New York, is really trying to develop the storytelling machine. I do a lot of research, I’ve been working with different museums. Currently, I have an installation at the Hancock Shaker Village  museum, where I tell the story there. And to me, this is just an extension of it. I get emotional talking about it, because the production was so incredible. To be part of something that is the top level of cinematography. The organization was just mind blowing to me.

Around 10 years ago when the Gary Graham label was around, did you like or dislike the PR involved with being a designer?
I had a lot of issues with it. I don’t think I was really comfortable with myself. I think I would second guess things. I was very intimidated. I think the past four years of my life have kind of been very transformative for me and healing. I’m more open to things. I take things a little less personally. So I think I can enjoy it and have more fun with it.

What was it that transformed you?
When you’re starting a company, and you’re one person, and then you grow it to, say, 15 people, there’s no roadblock. There’s no instruction manual. You meet people that will help you. But it just kind of builds and builds. I think it’s just throwing all those barriers down that you kind of build up, and for me it’s just humility. I came up here, I figured out how many dresses I needed to sell a month to live on and pay my insurance, health insurance, my car payment, my mortgage, and it’s just me doing it. I’ve never run up a sale. I never realized how complicated it is to do a point of sale. 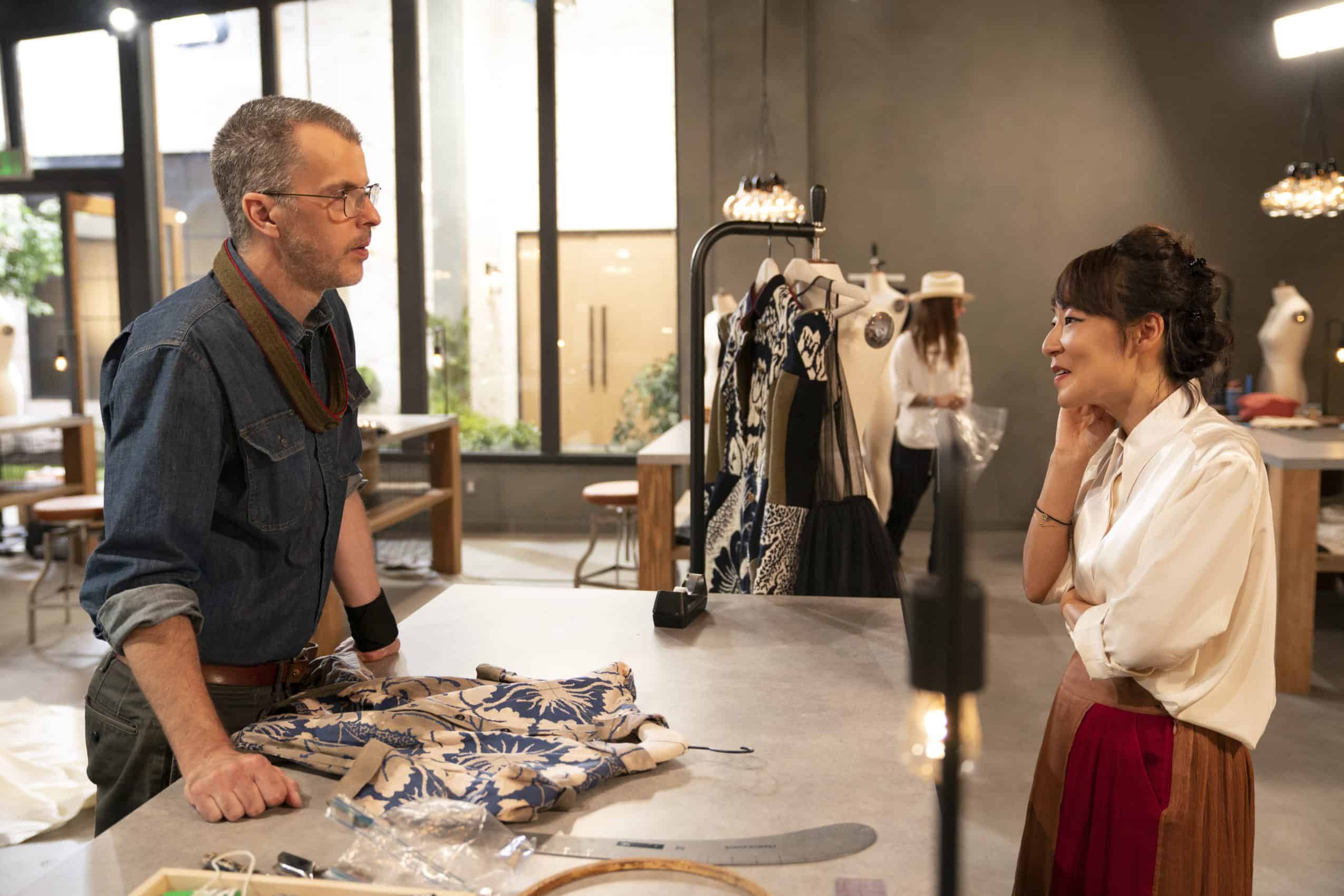 This show is going to be seen internationally by a lot of people. How will you handle people coming up to you at the market wanting a selfie? Have you thought about that? What’s that going to be like for you?
It’s funny because there’s part of me like, well, that could happen. But I have this feeling nothing’s really going to change much. I live in the Catskills where it’s just like a different environment. Again, I’m just more open to it all. I’m more excited about telling my story and telling other people’s stories. So obviously, that’s the duality, right? I’m very private in a way, but obviously, I was on this show. I can’t sit here and say, ‘I don’t want to be this or that, or I don’t want to have a public face.’ I just find it all exciting. I stand in my store every weekend and I meet the public, and they have no idea who I am. So it’s like, ‘Okay, well, now they’ll just know who I am.’

I’d love to find the clothes Gary G designed for the finale. Loved all of it! I’d wear those men’s ware pants ! To die for!

I wish he would have won. Love his clothes.

His innovation design and prints are outstanding. Hand painting clothes looked wonderful and Gary’s inspiration from day 1 are incredible.
Jeremy Scott was angry because of the 3 final contestants Gary was the only true designer from fabric to print to style and design. Wearable is what his collection is. All the girly girly sparkles are for nightwear and discos. Only Gary’s translated to day to day!

He should have won. I could tell from the editing that the winner would be Andrea P. Making the cut is not making my cut. Au Weiderzen

Gary was robbed. He was the only true designer! So upset!

Jeremy Scott was so right on. You were clearly the winner from beginning to end, Gary

Your creations were amazing. I am still upset about the outcome of Season 2.

Century’s ago, clothes were pieces of art that were handed down as part of the heritage. Gary’s clothes are like that, solid and real. The thought I had while watching the three different looks was how shallow the women’s clothes were. Meant to be worn and thrown away. Ten years from now they will be laughed at or not found at all. Ten years from now, Gary’s clothing will have gained in value. The two model judges chose the winner by what they would wear. As models, they are used to wearing it once so of course they would choose the superficial.

Why Jeremy Scott was fighting so hard for Gary, but Gary is just a candidate in the show, is it necessary? I hope those 2 models who holding a vote could think of this question carefully at that time, a successful designer was fighting so hard for a true designer, because designer understand fashion required so much hard work and passion to work on, it is a world’s miss if the funds can’t go to support a real talented true designer. Please don’t put more models or people don’t understand fashion in this show, as designer like us, we just feel so helpless, angry and sad! SIGHHHHHHHHHHHHHHH