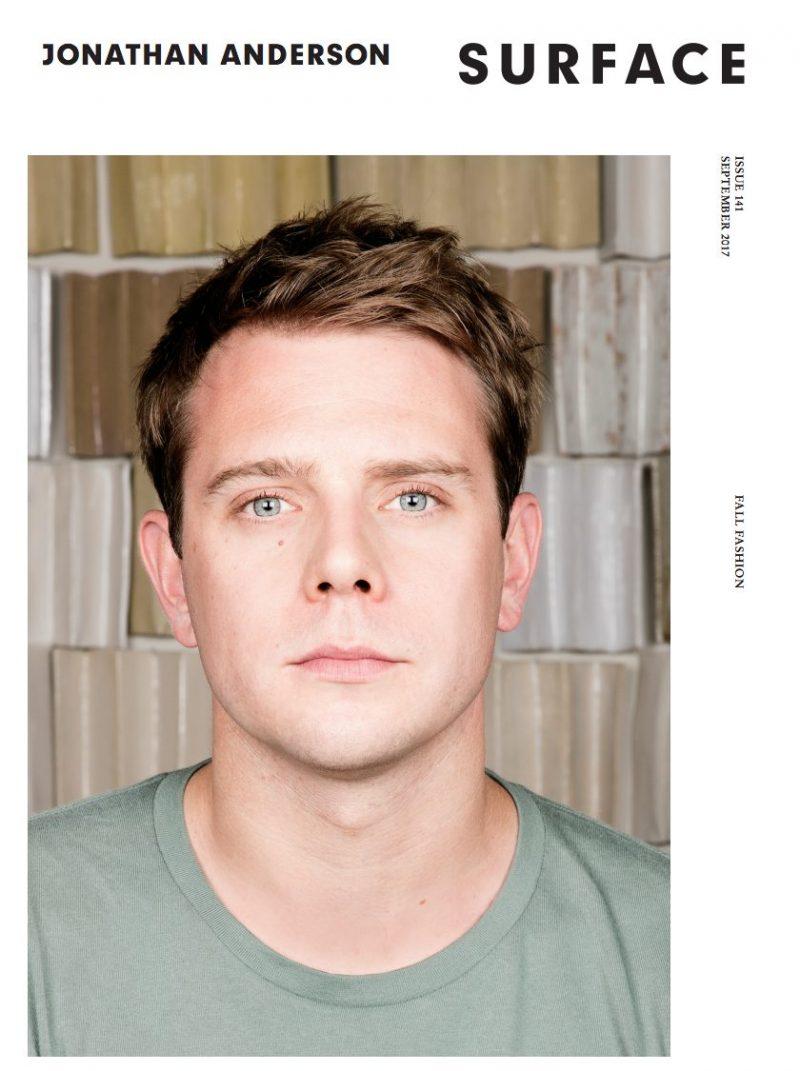 Jonathan Anderson gets covered! The fashion designer, who’s the creative director of Loewe, fronts Surface Magazine’s September Fall Fashion Issue lensed by Nani Gutiérrez. He follows in the footsteps of past designer cover stars, including Thom Browne, Azzedine Alaïa, Mark Parker, Joseph Altuzarra, Delphine Arnault, Rosita Missoni, and Kris Van Assche. “Few designers today are thinking about craft as much as Jonathan Anderson,” said Spencer Bailey, editorial director of Surface Media and editor-in-chief of Surface Magazine. “He’s one of the most talked-about designers in the industry, and for good reason. Jonathan’s success is not about hype. He’s the real deal.” In his editor’s letter, Bailey noted that Anderson is a fitting choice for the cover because of his focus on craftsmanship and quality—two attributes that have been key to Surface’s editorial direction since Bailey took over the publication four years ago. The cover feature was written by the magazine’s recently tapped design editor, Tiffany Jow, who interviewed Anderson at Loewe’s flagship in Madrid. She also spoke with Barneys New York senior vice president Jay Bell, LVMH’s chairman and CEO Pierre-Yves Roussel, and art curator Andrew Bonacina. In the piece, Anderson says, “Nobody cares about luxury,” before adding, “Today it’s more of a lifestyle, it’s about the arts. Each week, the way we consume evolves.”

The issue also includes features on Ambush Design, India Mahdavi, Dries Van Noten, and Rodarte and marks the addition of two influential contributing editors to the magazine: Laure Hériard Dubreuil, founder of The Webster, and Cyrill Gutsch, founder of Parley for the Oceans. Dubreuil and Gutsch have been brought on to evolve Surface’s global coverage further and join longtime contributing editor Valerie Steele, director of the FIT Museum, on the fashion front. “I’m thrilled that both Laure and Cyrill have agreed to join us at Surface,” Bailey said. “I look forward to sharing their distinctive perspectives with our audience.”

The Victoria’s Secret Fashion Show Will Be Held in Shanghai