Joe Zee Is a Doctor! 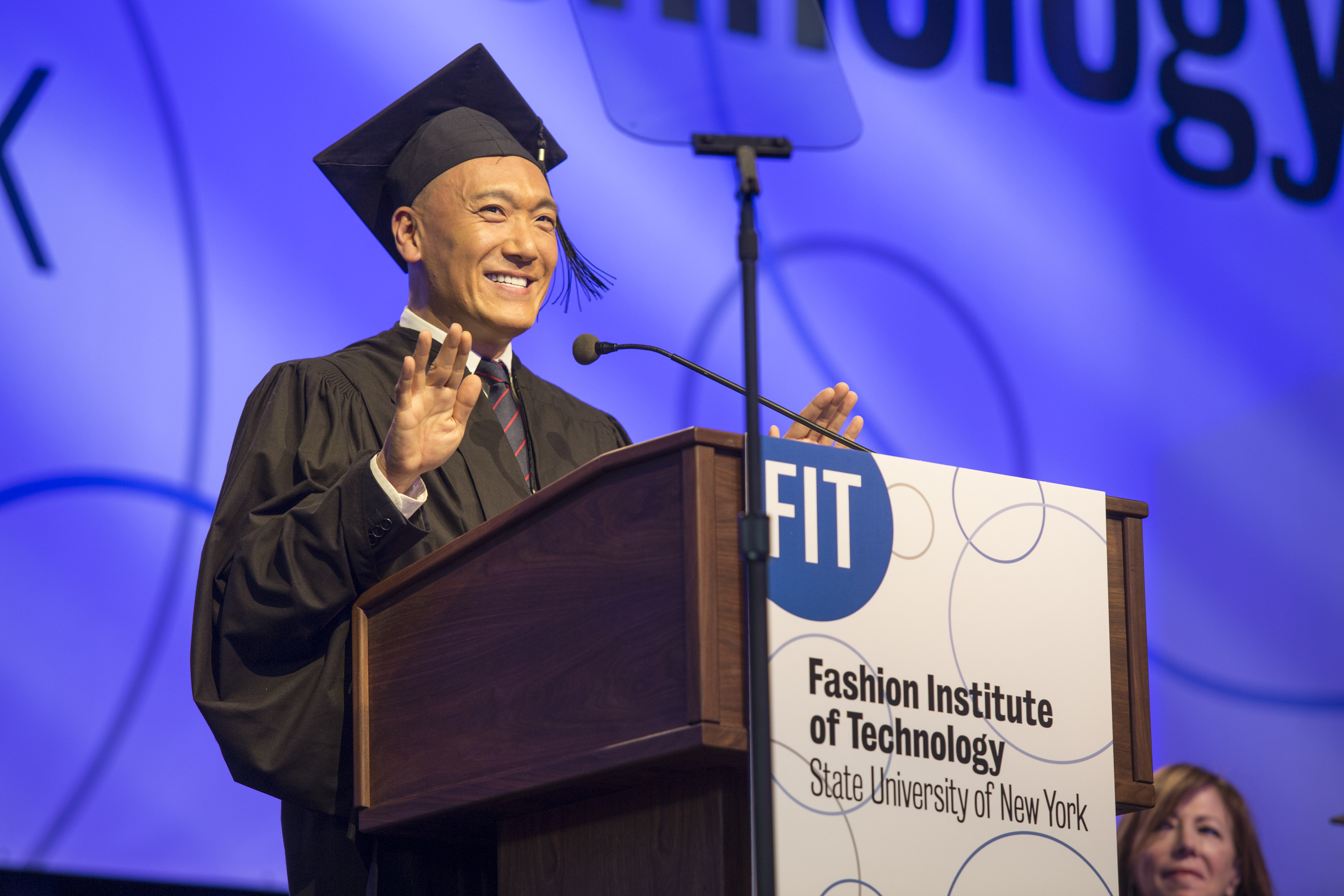 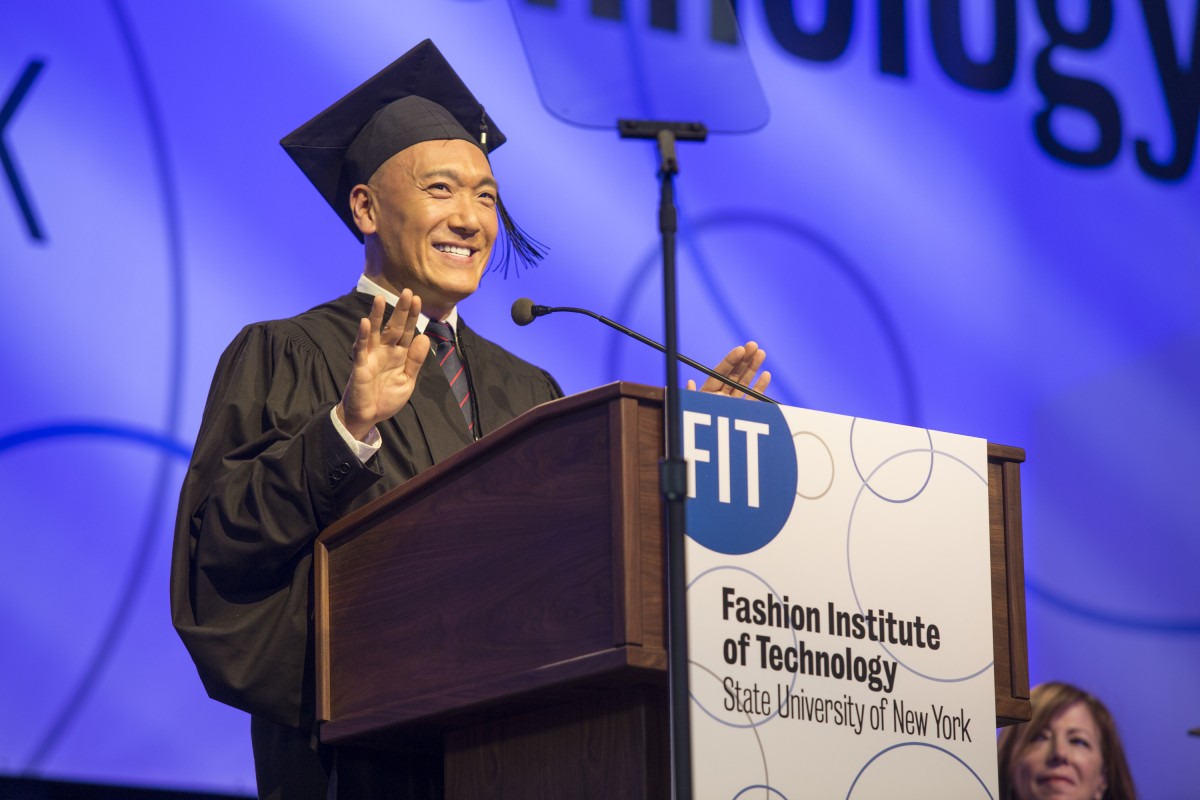 Paging Shonda Rhimes: Yahoo Style’s Joe Zee officially became a doctor yesterday (OK, not that kind). At FIT’s 72nd commencement ceremony, Zee (FIT class of ’92) joined Jay and Patty Baker School of Business of Technology and School of Liberal Arts faculty onstage at the Jacob Javits Convention Center to accept a Doctorate of Human Letters. The Yahoo Style editor-in-chief and executive creative director was also there to give the keynote address, where he regaled the audience with the story about the two times he “ugly cried.” Not the “sentimental, watching The Notebook kind of cry. But that guttural, ugly face, drooling, lying on the floor in a fetal position kind of cry.”

The first time was when he didn’t get a gig at WWD straight out of college, after a trial photo shoot where he had “a close call with being electrocuted” and a no-show model. While in Toronto (where he’s from) he got a call from Condé Nast to work with Polly Mellen at a new mag, today known as beauty authority Allure. He went on to work at W and then launched his own magazine, Vitals, before it folded. “And so I cried, again,” Zee said, getting an audience of almost 2,000 to chuckle at a sob story. “I holed up in my apartment, devastated that I failed once more…I’d like to say that after my week of wallowing, I learned something, but really all I learned is that you can eat pizza every single day and it’s still really good.” The following year, he was offered a job at both Harper’s Bazaar and ELLE, ultimately becoming creative director at ELLE. “This failure led to a career trajectory worth 1,000 nights of tears.”

Closing with quotes from (who else!) Tupac and Queen B, Zee congratulated the grads. “I look forward to working for all of you one day.”

Zee was jetting to the West Coast after the ceremony, and wrote in about his speech and his big plans as a doctor… 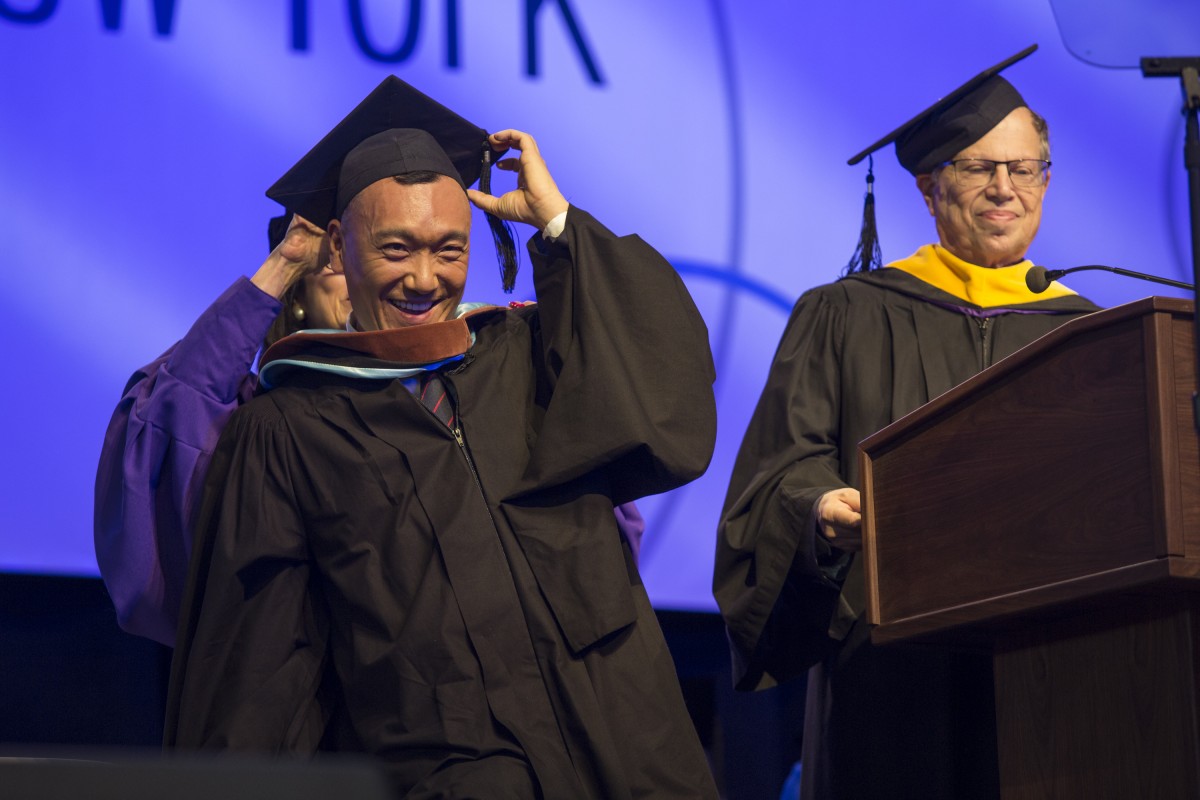 Were you nervous to give a speech?
No, not nervous, just more excited. I was telling someone how a graduation reminds me of a wedding with all those emotions and a strong commitment to the entering the next part of your life. I loved that I could come and have some impact on these future grads.

Who did you consult while writing the speech?
I pretty much tested it out on anyone that would listen [Laughs]. Mostly I had a dry run with all the editors on my Yahoo Style staff. They young, they’re millennials, they’re whip smart, they’re outspoken and honest. I may be their boss but they’re also not shy of having a declarative opinion. I like that.

Who were you wearing under the gown?
I was wearing one of my favorite Givenchy suits, shirt and tie, but I realized I could have just have had pants and a dickey. But I did like my Harry Potter moment.

What was your graduation like? Do you remember who spoke?
I don’t remember who spoke at my graduation because when you are there, you are just so overcome with adrenaline of getting to this BIG DAY. You wanted to hang with all your friends and family and relish in all the great stuff you’ve done. Which was why it was important to me that when I gave my keynote speech, it could speak to the grads in a way that they will still remember next week, next year.

What was Joe Zee like circa 1992?
Ambitious and a bit of a know-it-all, trying to do everything. So basically, the same, except a LOT younger and thinner.

Now that you’re a doctor, what’s next?
Hopefully still being innovative and inspiring to others and if not, maybe Grey’s Anatomy will call me for a cameo?