Jason Derulo on Love, Music, and His New Clothing Line 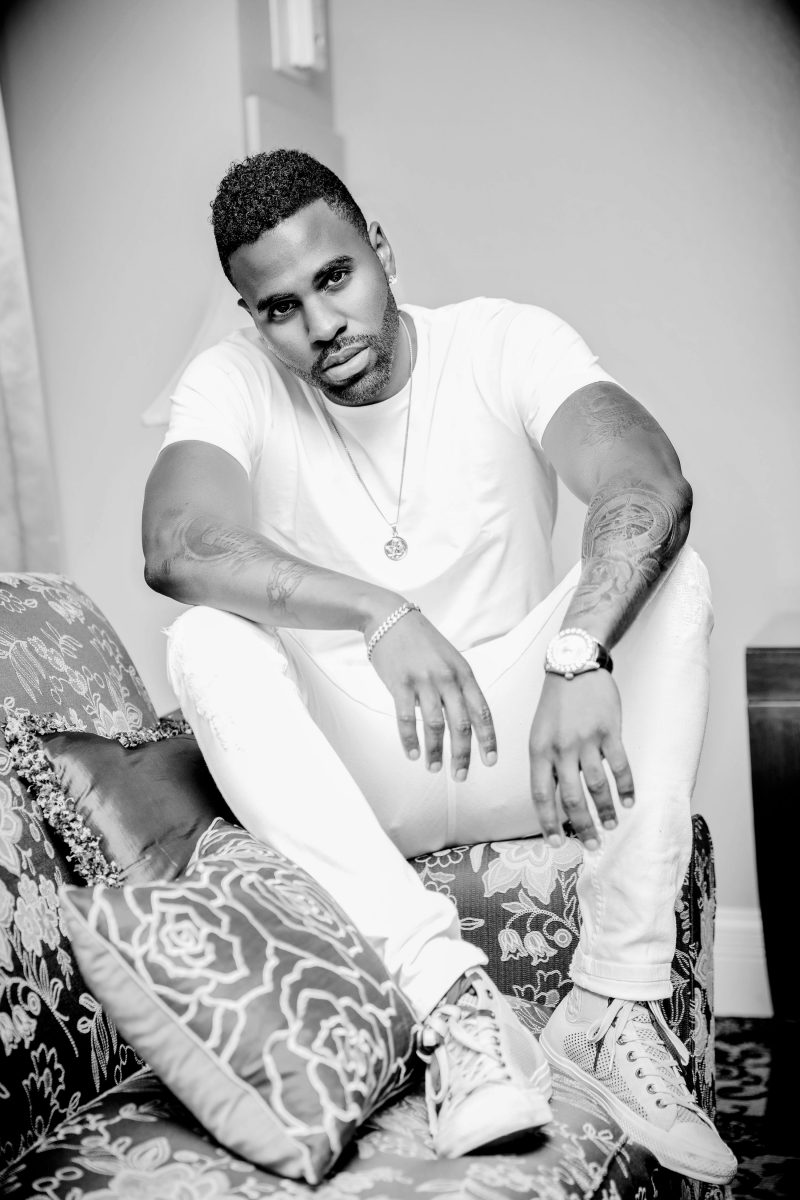 He’s the singer behind some of your favorite songs, and now he’s tapping into fashion with his very own clothing line. Jason Derulo sits down with us to break down his menswear range LVL XIII in partnership with Bloomingdale’s and how his love life has served more than just inspiration for his music.

Jason, why did you decide to tap into fashion?
Everything that I get into is because I have a passion for it. I’m someone who loves high fashion and I’m a customer in that area. For me, it’s not easy to find a mixture of sexy and upscale with a little street edge, and that’s what I’ve done. Myself and Antonio [Brown] have a similar style. Putting this together, we had in mind what was missing from today’s fashion and what tomorrow’s fashion should be like. We wanted to bring to the table what’s never been done before.

You’ve been vocal about not being interested in fashion as a child, so when did the spark happen?
Probably in high school. Things started to take a turn because you’re as good as the pair of sneakers that you had on in terms of the girls. You know what I mean? Wanting to get dressed up and having the nicest kicks I could have was because of getting the hottest girl I could possibly get.

Do you think you’ll get into sneakers?
We designed shoes first [points to his shoes]. The intention was to release the shoes first, but the menswear sped in front somehow.

So, was your dating life busy back then?
Yeah! It was pretty good but not because I was wearing my own clothes. I wore my brother’s clothes a lot, so that helped. The only problem was that I was a lot younger than him, so, a lot of the times the clothes didn’t fit. I’d put a sock in front of my brother’s shoes and I’d have these big old t-shirts and big old jeans.

What are some of your favorite pieces in your LVL XIII range?
The book-bag jacket. If I’m trying to dress up an outfit I put on a jacket. You can turn the jacket into a book-bag in less than a minute and have it around your waist so you don’t have that extra weight. It’s actually a stylish book bag.

What’s something we’d never find in your closet?
Crocs.

Who do you look up to in the fashion industry?
I had the pleasure of meeting Kenneth Cole a couple years back. He became a good friend. We did a lot of charity work together. In fashion, he’s an icon who has changed the fashion industry, but as a human being, he’s a special guy who’s really passionate about amfAR. Having someone like as a mentor and a friend is an honor.

You have a new album coming out. Anything you can tease?
Some cool collaborations. It’s a very grownup switch. I’m not really concerned about what the radio is playing or what’s on the radio. This album is based on myself and the things that I’m going through, the things that I’m into. A song like “Swalla” was not made for the radio. The fact that it’s gone five times platinum is a blessing. The songs go deep into some of my breakups and some of my failed relationships, why they may have happened or how they may have happened, or falling in love. It takes you on this roller coaster ride of who I am today.