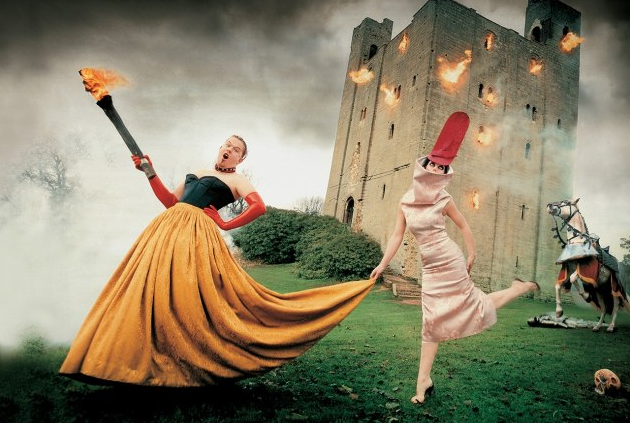 We finally have our hands on the hot-off-the-press September issue of Vanity Fair devoted to style, which is distracting us this Thursday morning. Goodies in the issue include Donatella Versace answering the Proust questionnaire (What is your most marked characteristic? “That I get what I want,” she tells them.), Mario Testino‘s portfolio of 16 members of the international best dressed list, including Grace Coddington and Natalie Massenet, and the Fanfair page devoted to Michael Kors where he reveals his facial moisturizer AND toothpaste at long last. But the heavyweight feature in the pages is the adaptation from Maureen Callahan‘s book Champagne Supernovas about the relationship between Isabella Blow and Alexander McQueen. This morning, VF.com published the entire interview online, and it’s a doozy. Take, for example, that when McQueen got the job at Givenchy, Blow thought she would become the house muse and be put on salary. It didn’t happen. “She gave Lee everything,” says Julien Macdonald. “All her money, all her time, all her energy. She introduced him to everybody. And then, when he went to Givenchy and he had money, he told her to piss off. He had millions, she was penniless, and he gave her nothing. He just shut the door.” Catch the riveting full story HERE. VF is on stands in New York and L.A. today.