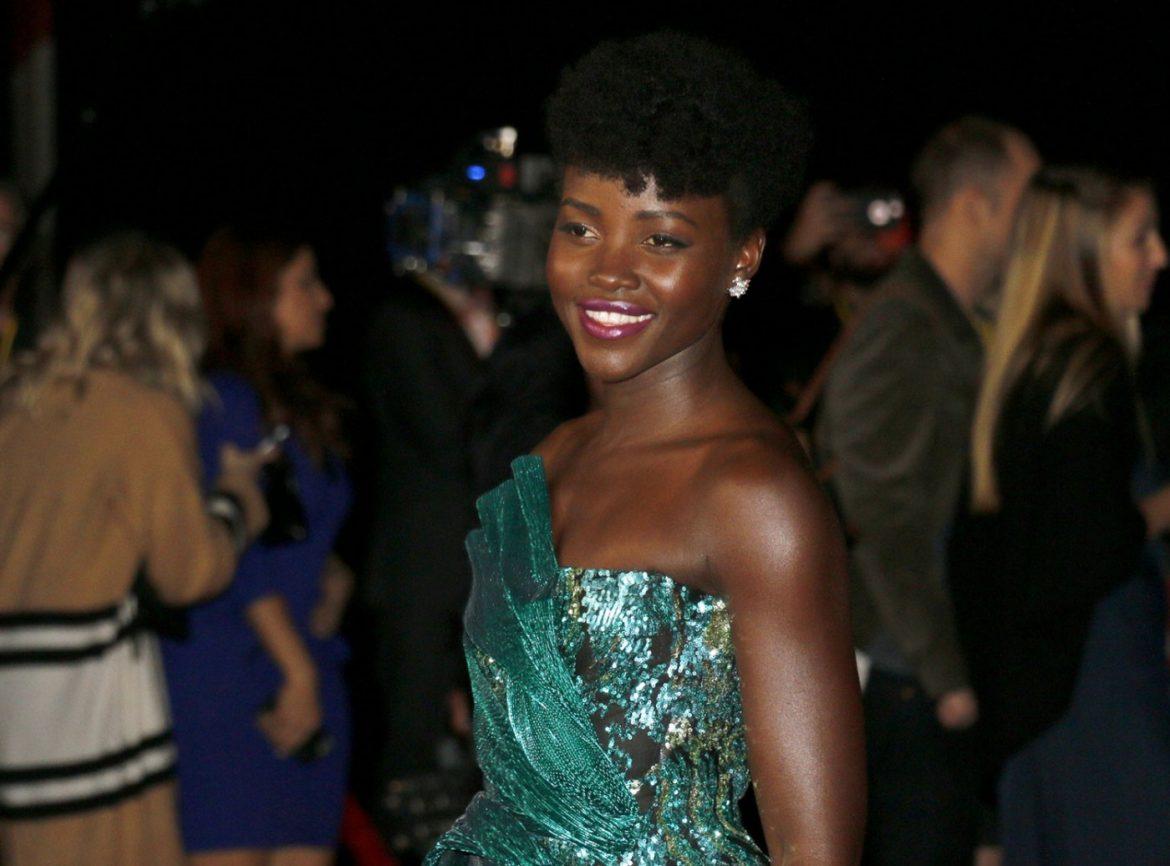 Lupita Nyong'o in Halpern at the "Star Wars: The Last Jedi" premiere in Los Angeles (Shutterstock)

But before guests sat down to eat, we took a quick survey asking each stylist to name their pick for the emerging label that’s about to blow up in fashion. Here, we list the ten designers named most often by our coterie of top stylists.

Attico
Sparkly and frequently rainbow-laden? Of course Katy Perry’s a fan. Both unapologetically ebullient and opulent, the label from Italian co-designers Giorgia Tordini and Gilda Ambrosio is quickly gaining steam among the celeb set. Attico, the Italian word for penthouse, throwbacks “to a time when decadence ruled and grunge lay dormant in the shadows,” the brand’s website says. “Attico is coming. Join us upstairs.” Count us in.

The Vampire’s Wife
Given the name, one would think The Vampire’s Wife was a purveyor of velvet robes and goth combat boots. But girly peasant dresses? No way. The Vampire’s Wife is known for its midi-length, ruffle trimmed frocks but, perhaps there is some black magic at play. “I don’t know what it is,” mega fan Florence Welsh said when asked by Vogue U.K. to describe the label from Susie and Nick Cave. “But they make you look like you’re practising witchcraft in a very romantic cult, which is how I want to look all the time.” Us too, Flo.

Maggie Marilyn
Maggie Marilyn herself is only 23-years-old and, as expected, her brand is wholly millennial. It’s a start-up run by a budding female entrepreneur who’s gone all in since launching her company two years ago. Marilyn has even showed pre-collections along with fall and spring from the get-go. Her brand also built on the principles of a globally-aware generation. One of the brand’s core tenets is ethical and eco-friendly production. Oh, and it’s super Instagrammable.

Create your own sunshine ☀️✨

Jacquemus
Simon Porte Jacquemus is no stranger to the fashion world but his label is just really starting to infiltrate mainstream Hollywood — Emily Ratajkowski even wore his collection to our FLA Awards! Expect to see Jacquemus on more red carpets coming up, and fingers crossed his fabulous oversized beach hat makes an appearance or two.

CINDY TOLD ME BEFORE THE SHOW THAT WAS THE FIRST TIME OF HER CAREER SHE WALKS WITH HER NATURAL HAIR….SO BEAUTIFUL CINDY….. LOVE “LE SOUK” JACQUEMUS WINTER 2018 I WANT ONLY SHARE SUNSHINE WITH YOU ALL

Snow Xue Gao
Since Chinese designer Snow Xue Gao graduated Parsons in the fall of 2016, her collections have earned rave reviews. “A number of luxury fashion buyers were in the audience and editors and stylists have been wearing Gao’s clothing around New York Fashion Week. The verdict? This is just the beginning for Snow Xue Gao,” Vogue wrote in a recent review. We have to say, Hollywood agrees!

Now Though November 27th, Use discount code"BLACKFRIDAY30" to purchase online get 30% off ALL STYLES! #snowxuegao #blackfriday

Natasha Zinko
London-based designer Natasha Zinko is something of a streetstyle star in her own right and her namesake streetwear label very much reflects her subversive-yet-sweet aesthetic. We can totally see Bella Hadid in literally all the fall 2018 looks.

Halpern
“I’m not really quite sure I’ve seen this happen, straight out of the gate, for a designer who isn’t known,” said Bergdorf Goodman’s Linda Fargo told Vogue when asked about Michael Halpern, the 30-year-old Brit wunderkind who’s recently burst on the scene. Erlanger has put both Diane Kruger and Lupita Nyong’o in his sparkly party dresses to wild fanfare. Bursts of madcap, multicolored sequins on sculptural silhouettes — what’s not to love?

Christopher John Rogers
Bold, bright, and singular — it’s all one can hope for in a new designer. John Rogers’ designs are declarative yet nuanced,  honed by John Rogers’ African American cultural references. “Ultimately, I really want to be a really influential player in the fashion scene, [to] create safe spaces for people of color and introduce an influential representation of black and brown skin to fashion that’s both interesting and celebratory. [That means] addressing what the politics of fashion can mean, [shedding light on] underrepresented people with clarity,” he told Fashionista last fall.

Q: How would you describe your style? A: “Graphically romantic,” “assertively femme,” and “pragmatically glamorous.” 💖🍵🏓🚕🚧⛵️💒🌈🏳️‍🌈 The lovely Aria from @suprememgmt photographed by the talented @collinsnai for @nylonmag! #cjrgirls #sagafursprecious

A post shared by Christopher John Rogers (@christopherjohnrogers) on Dec 13, 2016 at 8:04am PST

Solána Imani Rowe turning the party for All The Stars (the lead single from #BlackPanther) with @KendrickLamar in our multi-hued taffeta bustier and crawfish suiting trouser. Thank you @dianne for pulling the look and allowing @SZA to feel her most idiosyncratically glamorous, and featuring the work of an African American designer (particularly for this video). It’s not often that I get to see the nuances and complexities of my work expressed in motion, and I’m so proud to see this, and to see the way the client FEELS in the work. Thanks to my team for making this happen as well! @jrivera218 🦐🦀❤️✊🏾✊🏽✊🏾✊🏿🔥✨#SZA #SolanaRowe #AllTheStars #KendrickLamar #BlackPanther

A post shared by Christopher John Rogers (@christopherjohnrogers) on Feb 6, 2018 at 12:04pm PST

Thank you @marjon_carlos for this really cool article and vote of confidence. Love it!!!