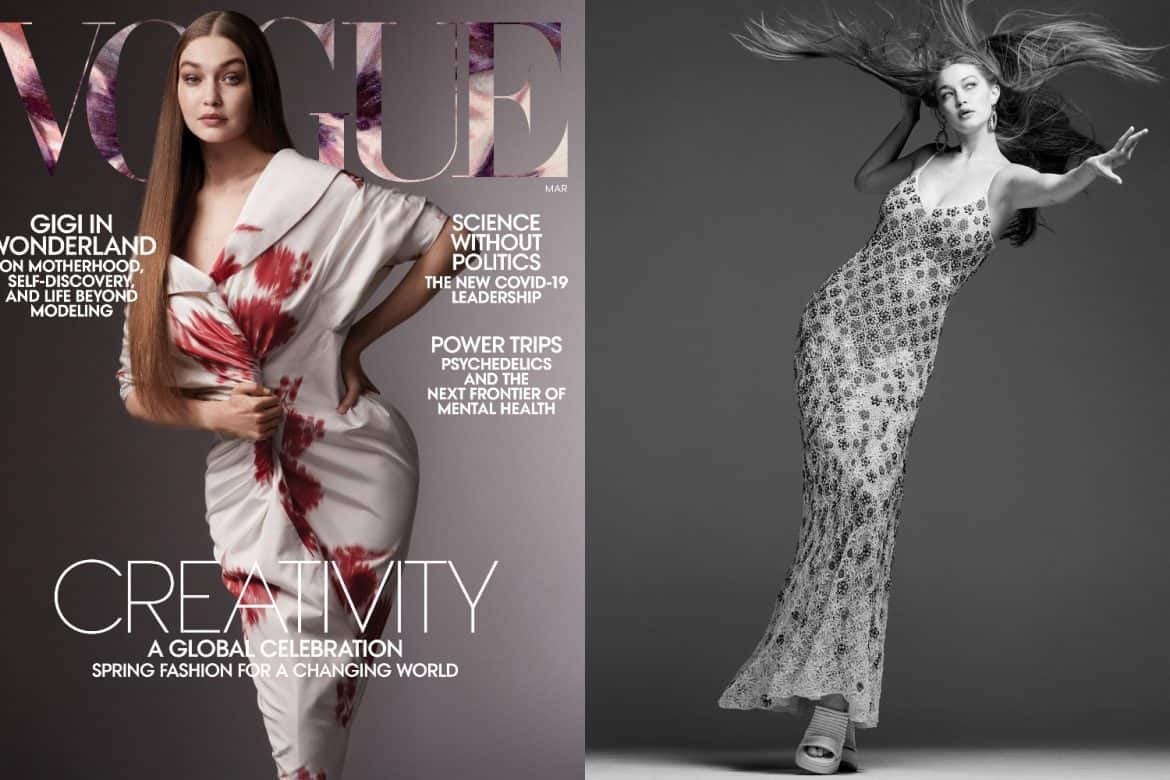 Gigi Hadid is back in the spotlight! Our favorite supermodel and It girl has returned to the fashion world, gracing the cover of American Vogue’s March “Creativity” issue.

The radiant new mama fronts the magazine in a red and white floral Prada coat, shot by Ethan James Green. The cover is Hadid’s first since giving birth to Khai, her six-month-old daughter with singer Zayn Malik. It’s a testament to her strong mindset—after all, she modeled for the issue 10 weeks postpartum!

In the interview with Chloe Malle, Hadid touches on industry pressure to maintain a pre-baby figure: “I know that I’m not as small as I was before, but I also am a very realistic thinker. I straight up was like, ‘Yeah, I’ll shoot a Vogue cover, but I’m obviously not going to be a size 0,’ nor do I, at this point, feel like I need to be back to that. I also think it’s a blessing of this time in fashion that anyone who says that I have to be that, can suck it.” 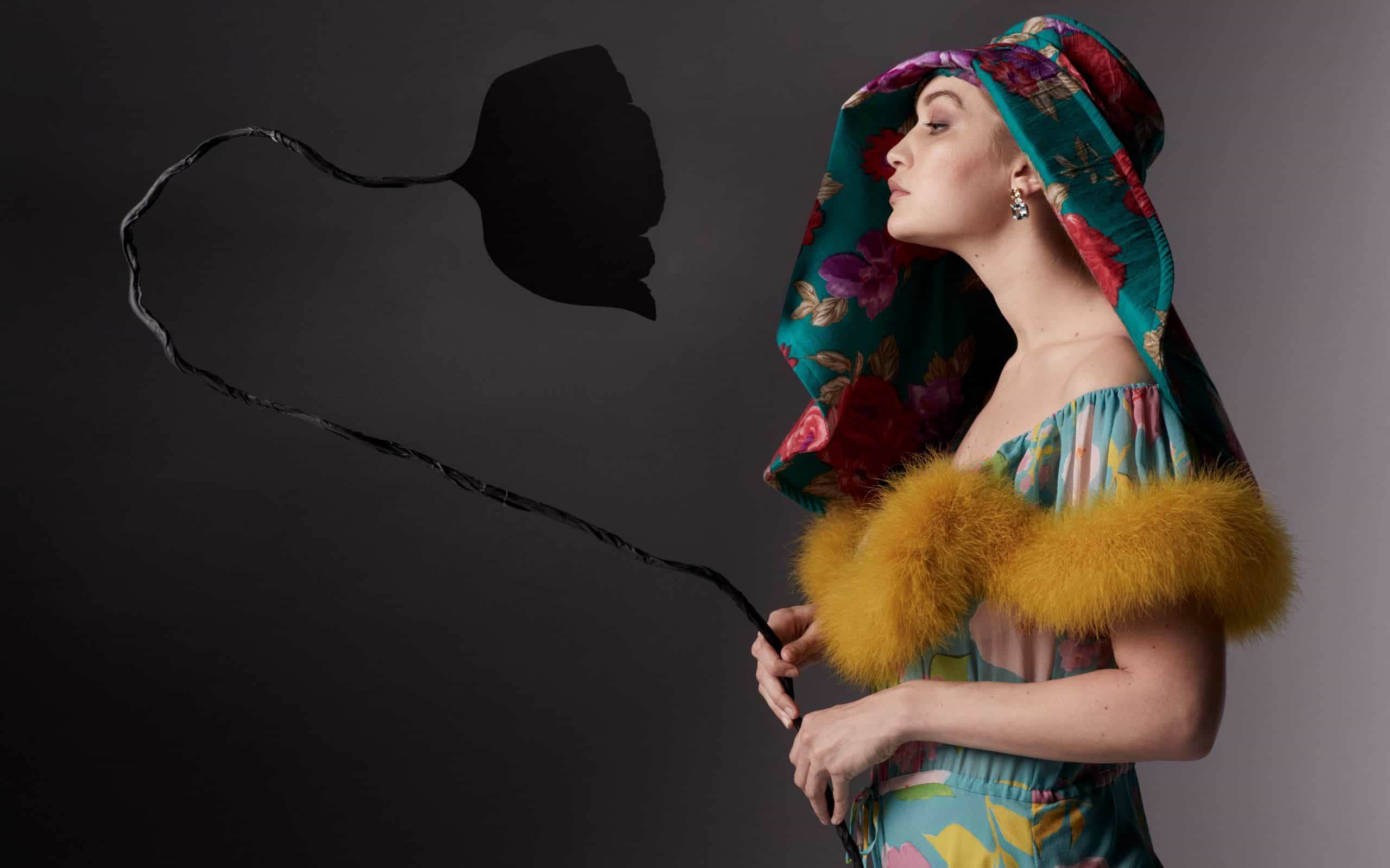 The accompanying editorial styled by Gabriella Karefa-Johnson is the 25-year-old at her most modelesque, posing in an array of threads by Proenza Schouler, Alexander McQueen, Versace, and more. On Instagram, Hadid also paid a sweet tribute to Karefa-Johnson, who was the assistant on the model’s first Vogue shoot five years ago.

The story itself is an intimate dive into Hadid’s life during quarantine, during which she turned 25, discovered she was pregnant, and delivered Khai—whose name means “the chosen one” in Arabic!—in a home birth. “What I really wanted from my experience was to feel like, ‘Okay, this is a natural thing that women are meant to do,’” she says of the decision (one of her old Malibu High classmates was even her doula!).

The interview also covers Hadid’s experience of motherhood thus far, and her values of family and togetherness. She’s foregone the traditional nanny or baby nurse, instead raising Khai alongside her parents Yolanda and Mohamed, superstar siblings Bella and Anwar, Malik, and his mother Trisha. Though all things considered, Khai seems like the world’s calmest baby! Hadid says the newborn has been “so bright” since the moment she arrived: “That’s what I wanted for her, a peaceful bringing to the world.” 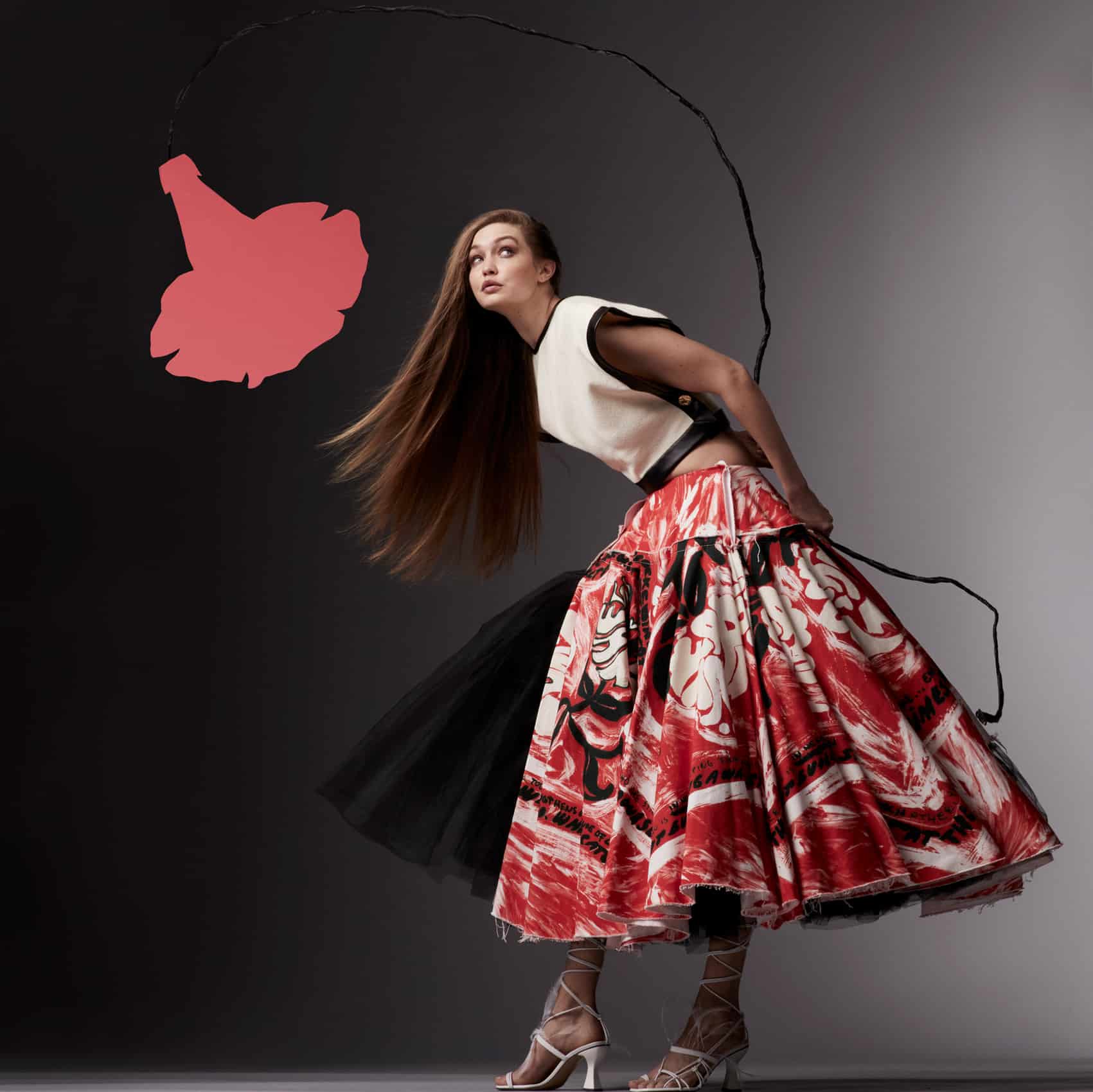 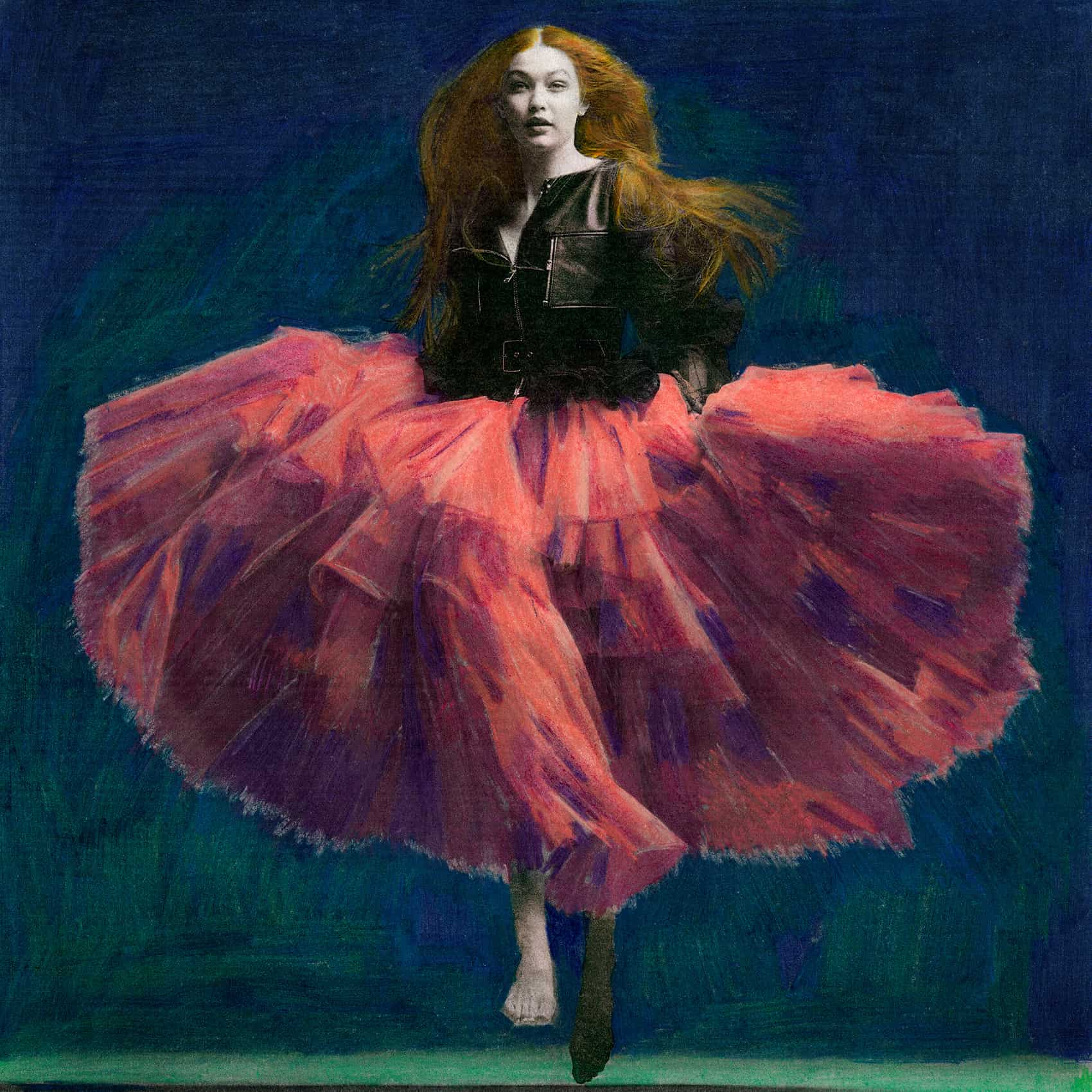 Vogue’s March 2021 issue is available on newsstands nationwide on February 16. In the meantime, read below the runway regular’s takes on parenting, giving birth, and more!

On giving birth (and Zayn catching Khai!): “It didn’t even click that she was out. I was so exhausted, and I looked up and he’s holding her. It was so cute.”

Staying in Pennsylvania?: “I always want to be here full-time. I love the city, but this is where I’m happiest.”

Protecting Khai from the spotlight: “I have friends who are public figures and that’s how they’ve gone about it, and I see their kids really blossom in a different way.”

On the importance of knowing your culture: “I think that [Zayn and I] both want our daughter to understand fully all of her background—and also we want to prepare her. If someone does say something to her at school, we want to give her the tools to understand why other kids would do that and where that comes from.”

Pregnancy journaling: “I would just write every day about what I was feeling, if I was anxious or nervous. A lot of it was ‘I hope I’m good enough to be a mom.’”

Learning to parent: “You have a kid and you’re lying in bed together and you look over and you’re like, ‘Okay, what now?’ And you ask all of your friends the same questions, and everyone has a different answer. And that’s when you kind of realize that everyone figures it out for themselves. And you do it in your own way, and you can take bits and pieces from people, but you’re always going to end up doing it a little bit differently. This is our way.”