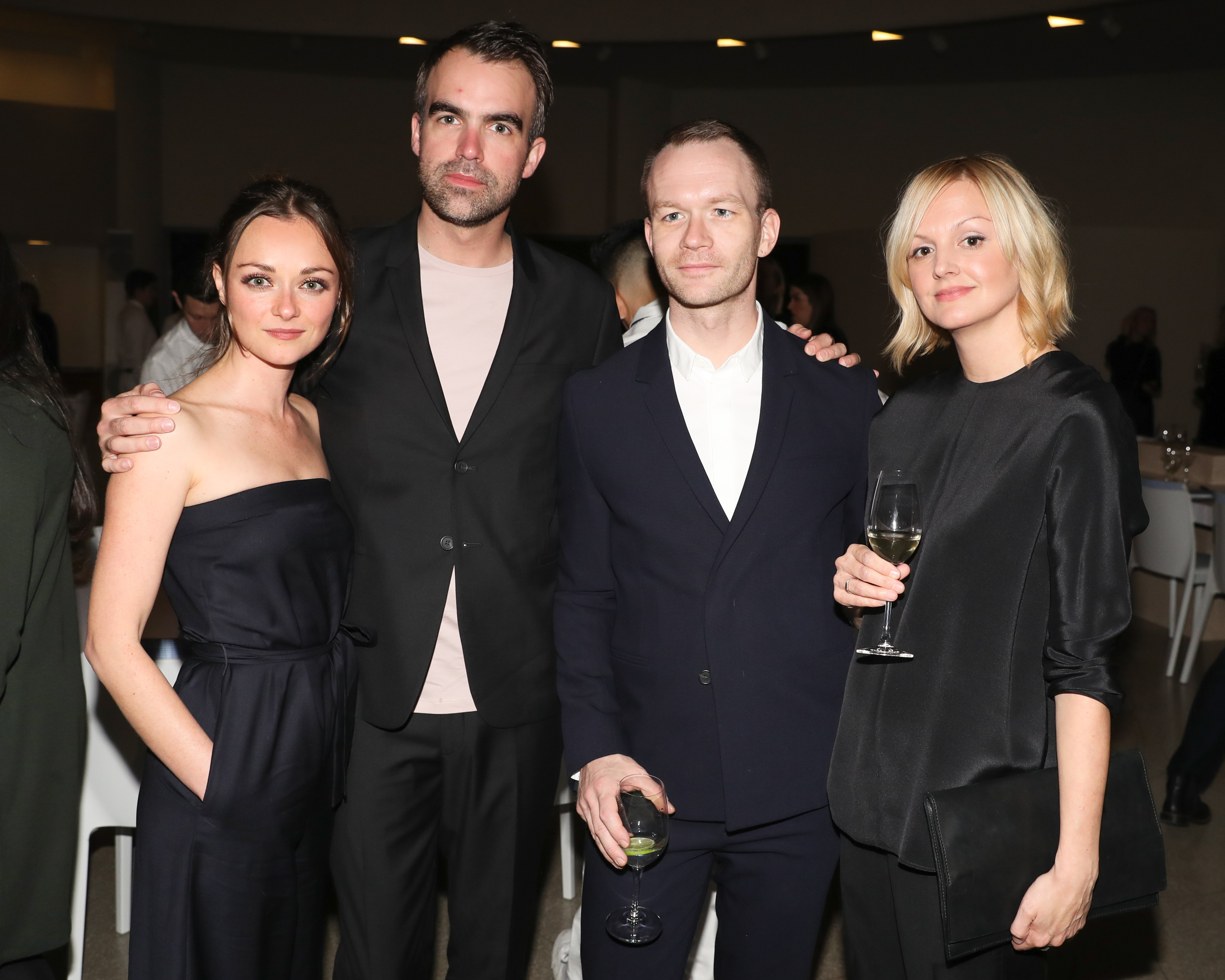 COS threw a chic soirée and dinner at the Guggenheim Museum last night to celebrate the museum’s major retrospective of the late American painter Agnes Martin. COS is sponsoring the retrospective of Martin’s life work. To celebrate, the brand through a beautiful dinner inside the museum hosted by COS creative director, Karin Gustafsson, and COS head of menswear design, Martin Andersson. Guests like Alex Mustonen and Daniel Arsham of Snarkitecture, Cipriana Quann of Urban Bush Babes, Diane Brown of RxArt, Richard Phillips, Maria Cornejo, and the Guggenheim’s deputy director Catherine Dunn were treated to a performance by Francis and the Lights while dining over a mouthwatering dinner of mascarpone ravioli, branzino à la plancha, herb roasted filet of beef, and more.

A special collection has been created by COS in tribute to Martin and her minimalist paintings. The capsule collection, titled COS x Agnes Martin, is available now and features chic versatile pieces, like a folded wrap-over skirt for $125, a waffle knit cashmere dress for $250, and an $89 striped T-shirt that mimics the lines in Martin’s paintings. The Canadian-born artist was known for bridging the Abstract Expressionist and Minimalist movements and spent the majority of her career living in New Mexico—a place that drew fellow artists like Georgia O’Keefe and Bruce Nauman, model and creative Lauren Hutton, and jeweler Robert Lee Morris. The exhibition for Agnes Martin is on now and runs through January 11, 2017.

Francis and the Lights, (performance)

Inside the 2019 Fashion Media Awards, Chanel...

L’Agence and The Daily Celebrate NYFW With...