Adesuwa Aighewi And Edie Campbell Front The COS Spring ’21 Campaign 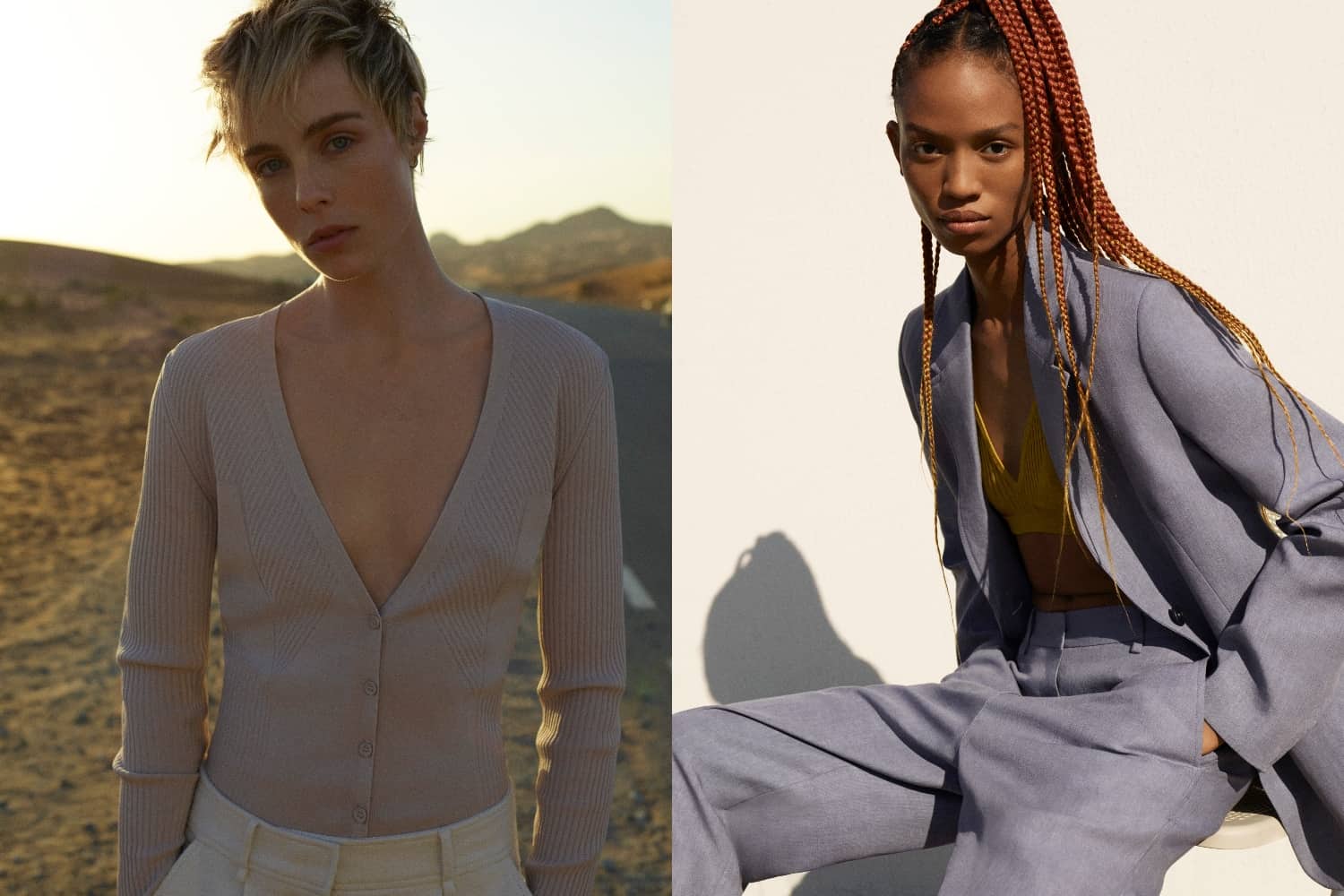 London-based fashion brand COS has long been a go-to for chic, minimalist staples that stand the test of time—and now that we’ve copped eyes on the latest campaign starring various advocates and models, including Edie Campbell and rising star Adesuwa Aighewi, consider us even bigger fans.

Styled by Aleksandra Woroniecka and shot by Karim Sadli, the imagery aims to portray hope for a better future: both in terms of what’s in store for the planet and its people. Thus, you can expect soft and muted tones, airy and light fabrics and silhouettes, and seasonless wardrobe heroes that transcend trends.

It also makes sense that the brand would enlist models known for their advocacy, activism, and passion for various causes. Industry vet Edie Campbell has long been campaigning for fair treatment of models in the industry, while model, film maker, writer, and BoF 500 member Aighewi has been lauded as “someone who captured fashion’s imagination” by i-D magazine.

As part of the campaign, London-native Campbell took part in a Q&A and delved into her 15-year experience in the modeling world, as well as her passion for sustainability and her interest in equestrianism.

See below for the campaign and some highlights from Campbell’s interview—which will go live on the COS digital magazine on March 10. 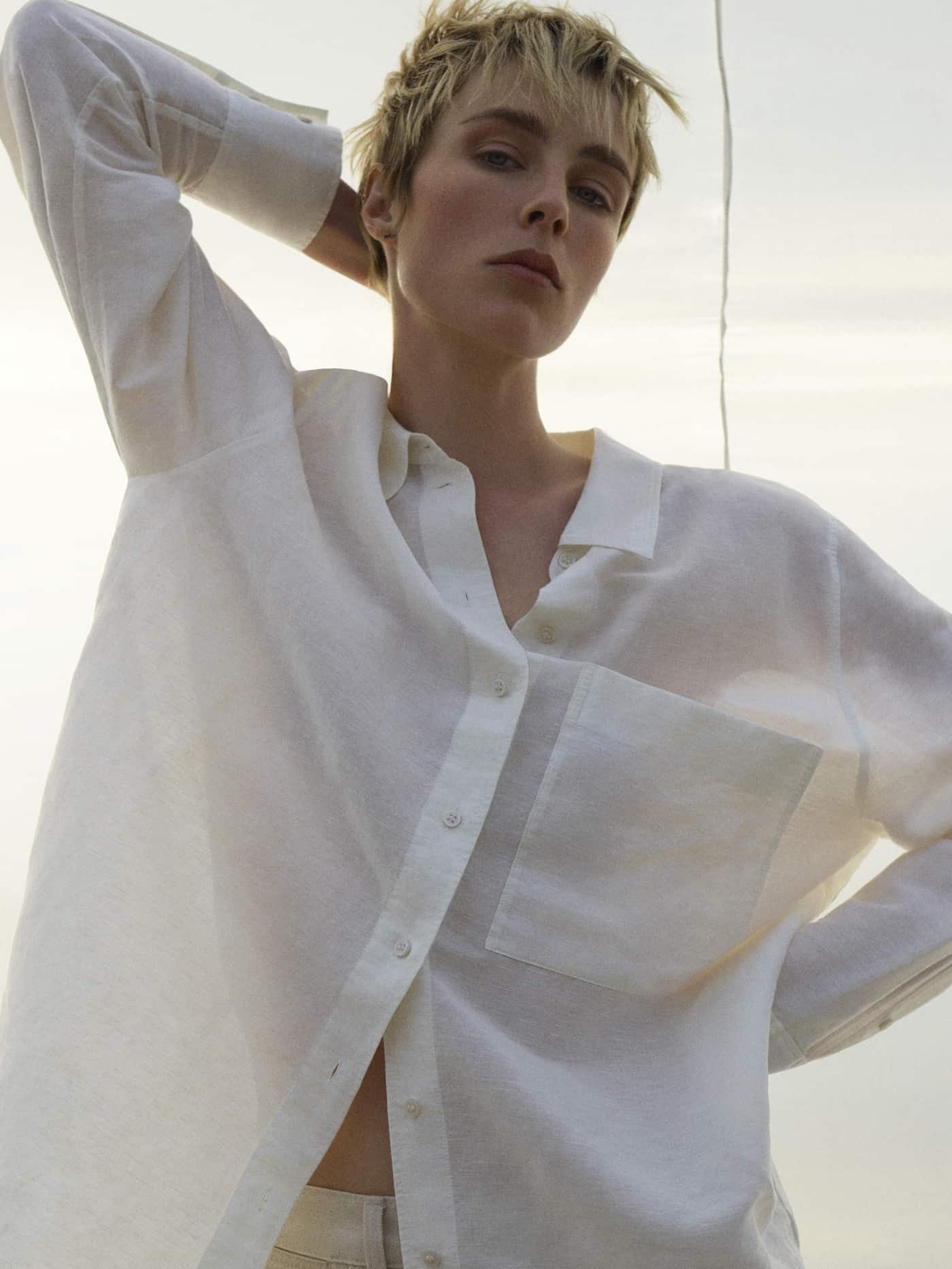 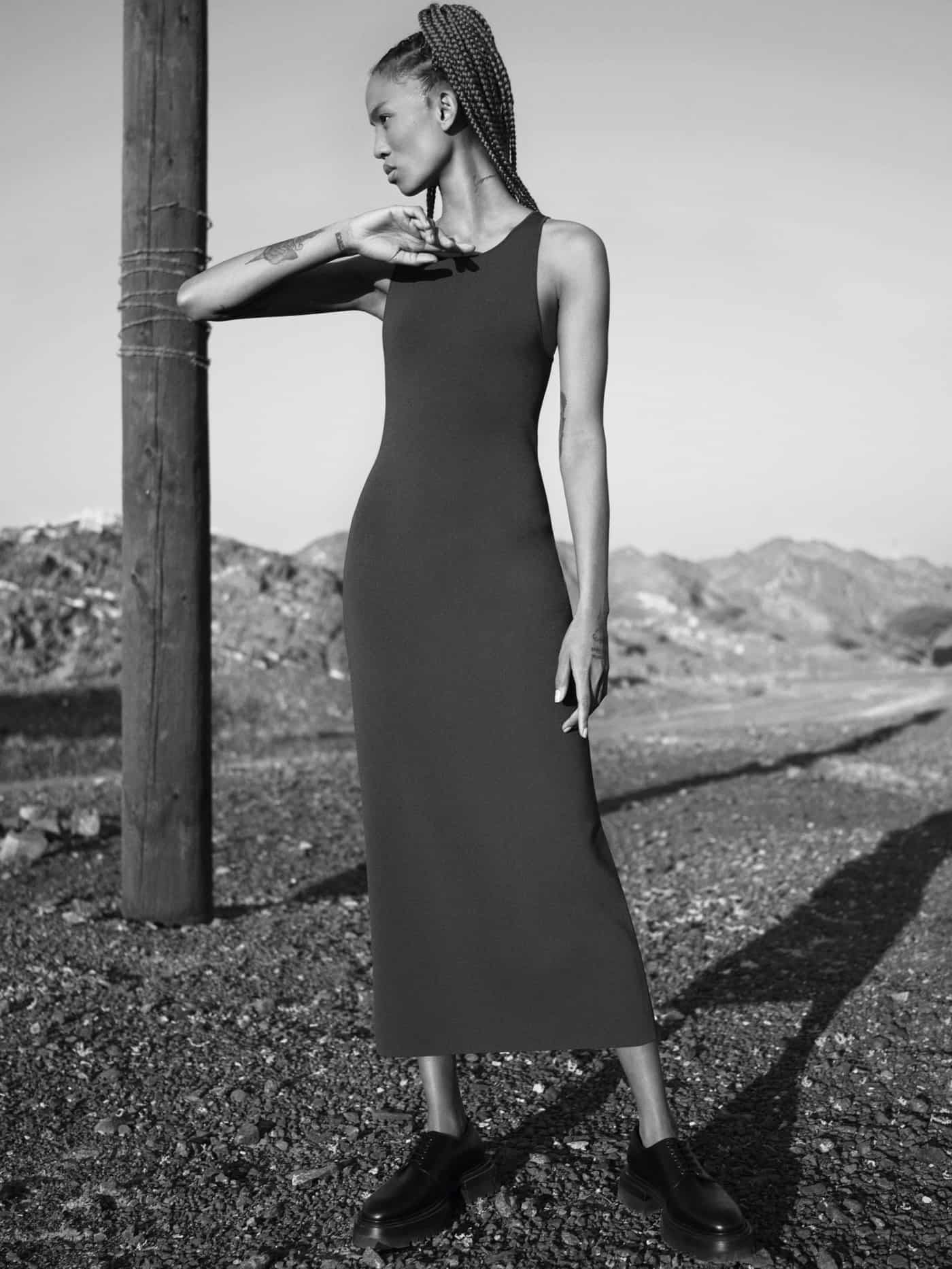 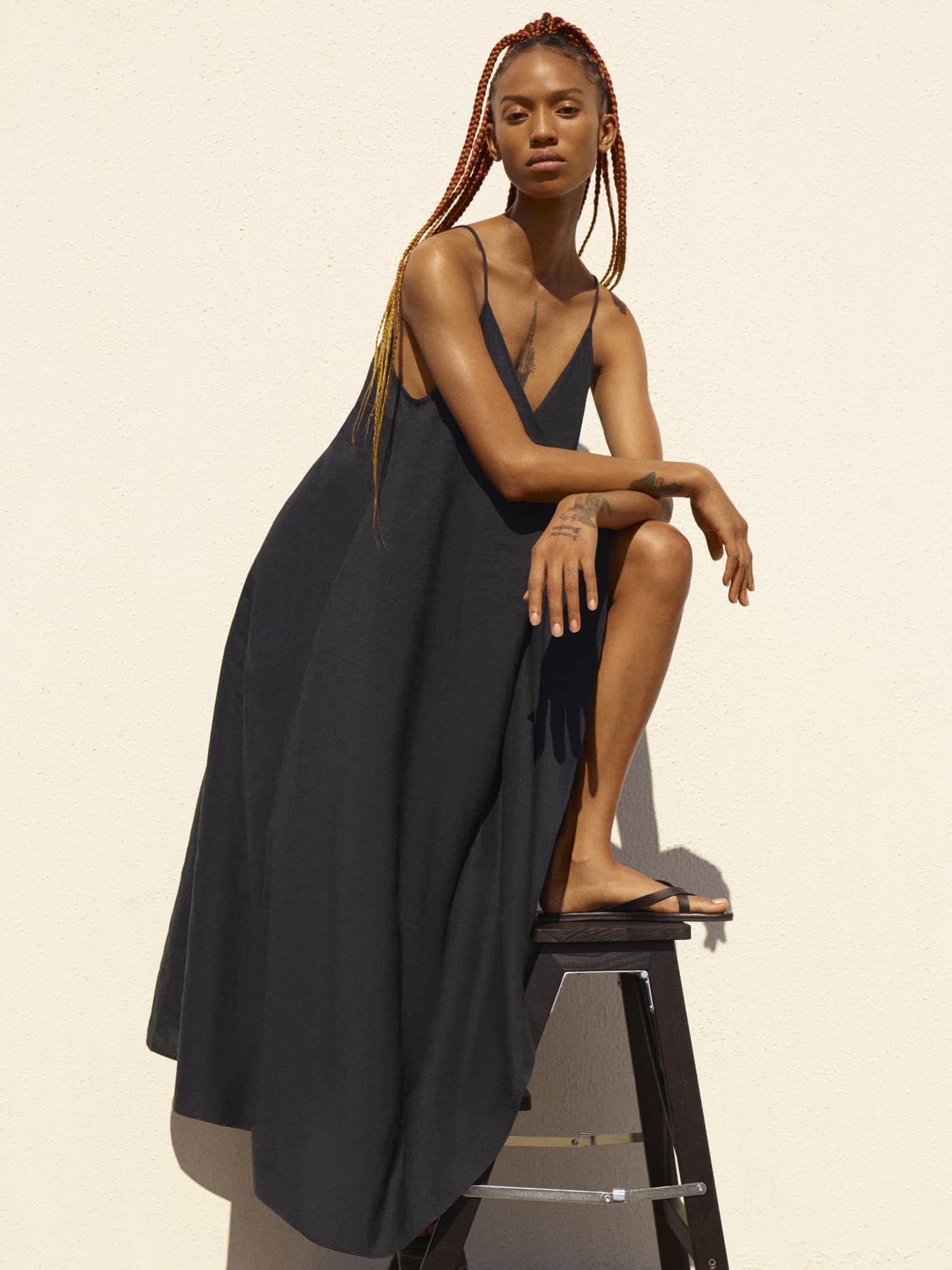 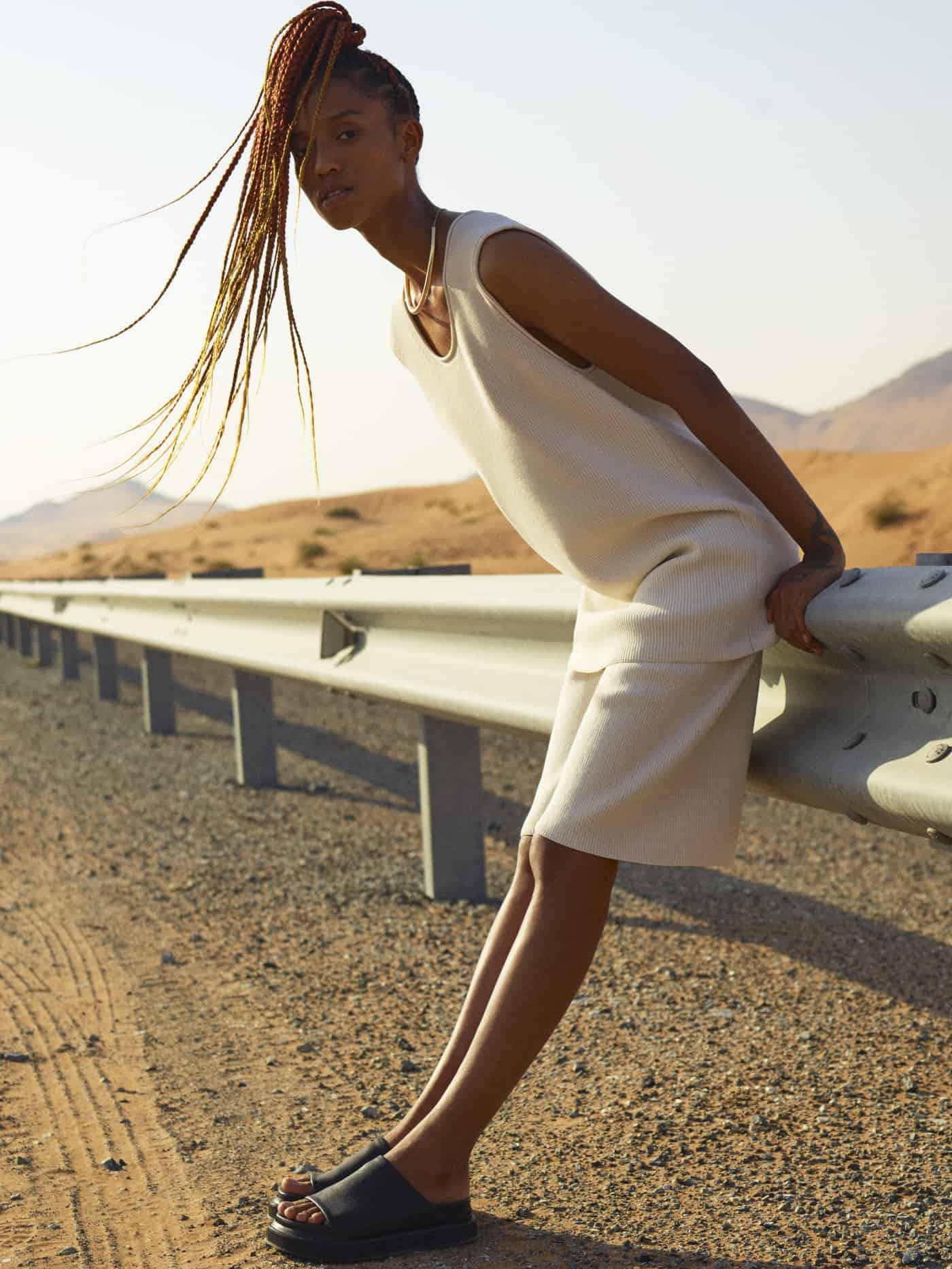 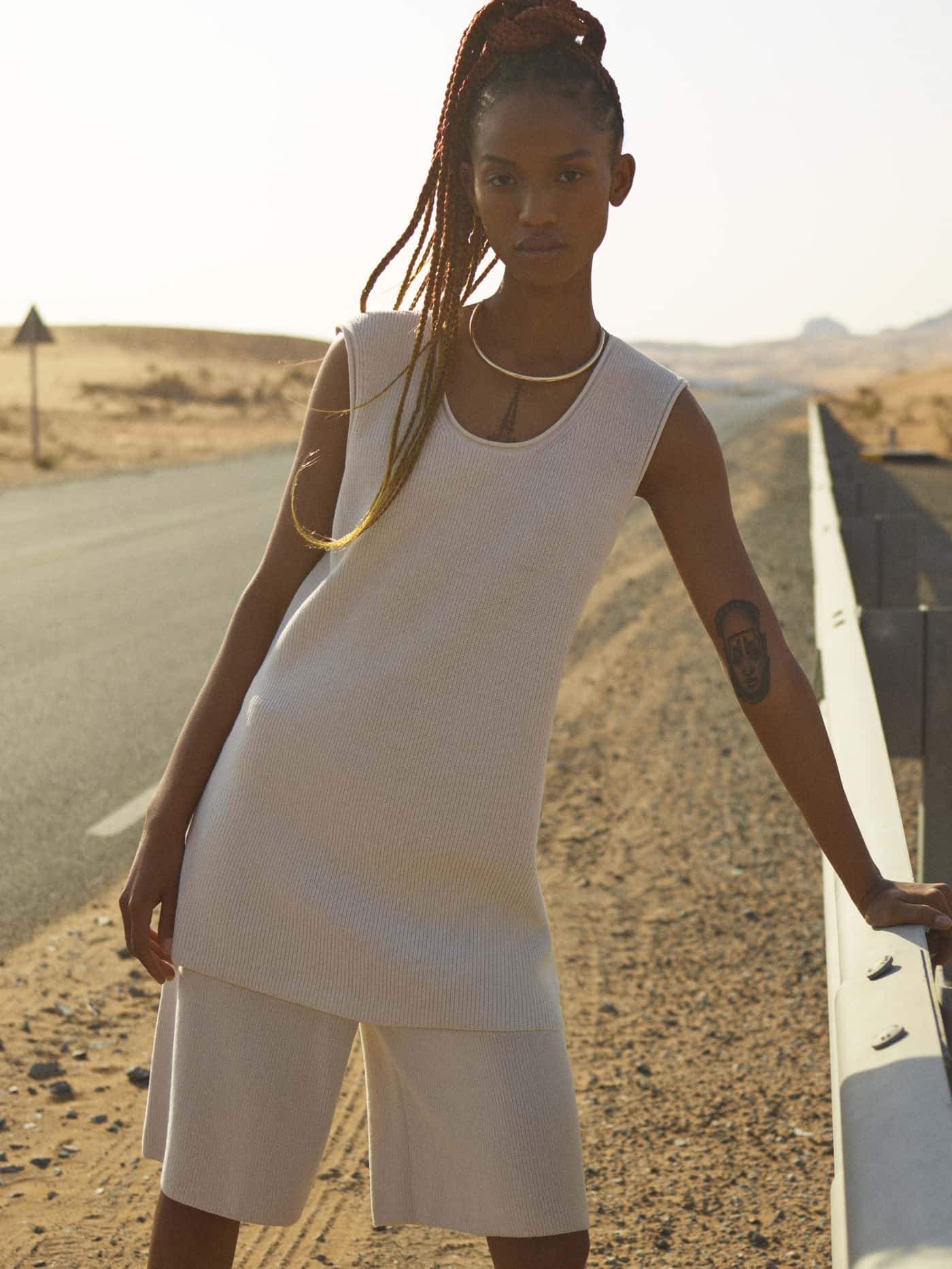 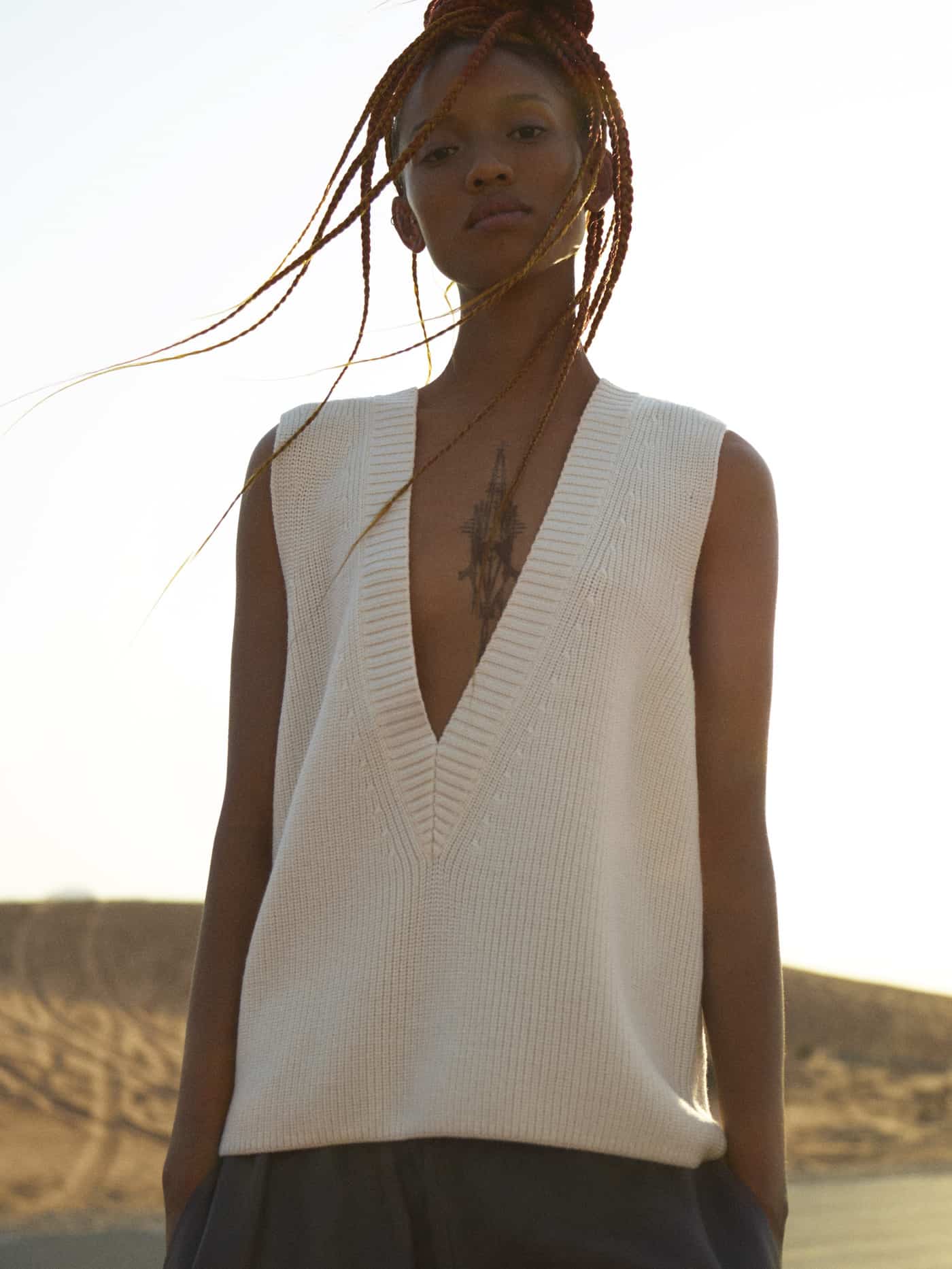 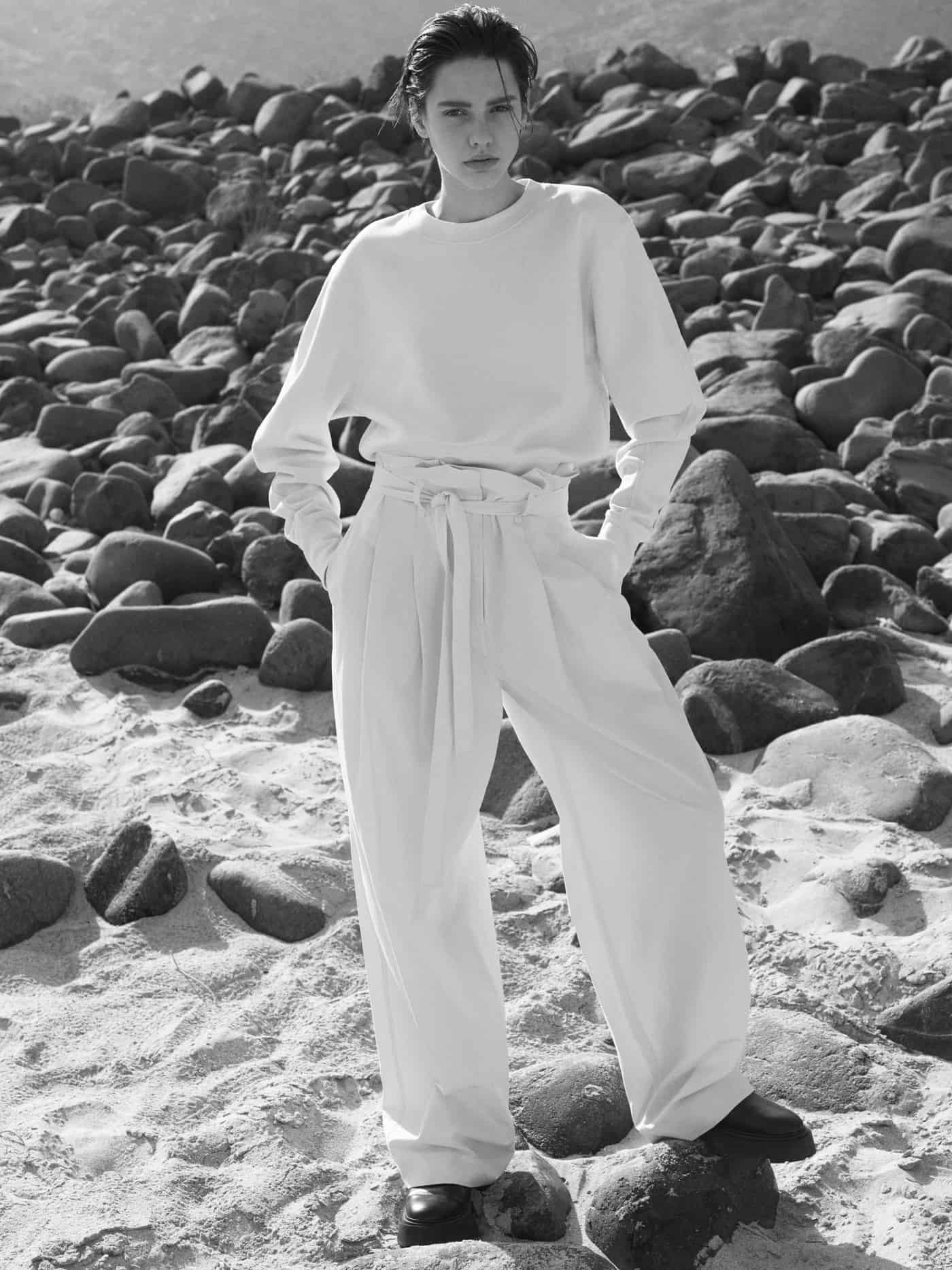 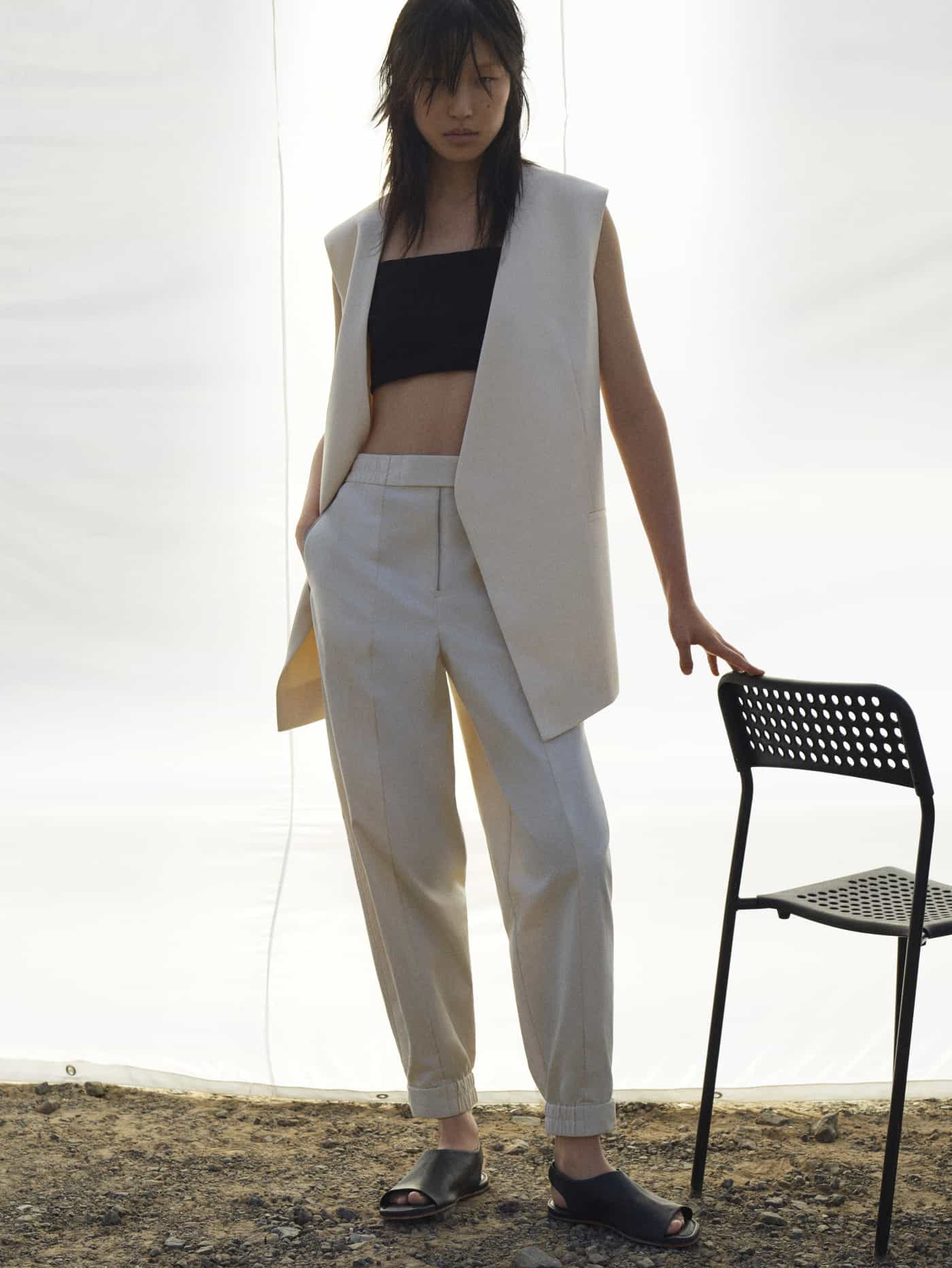 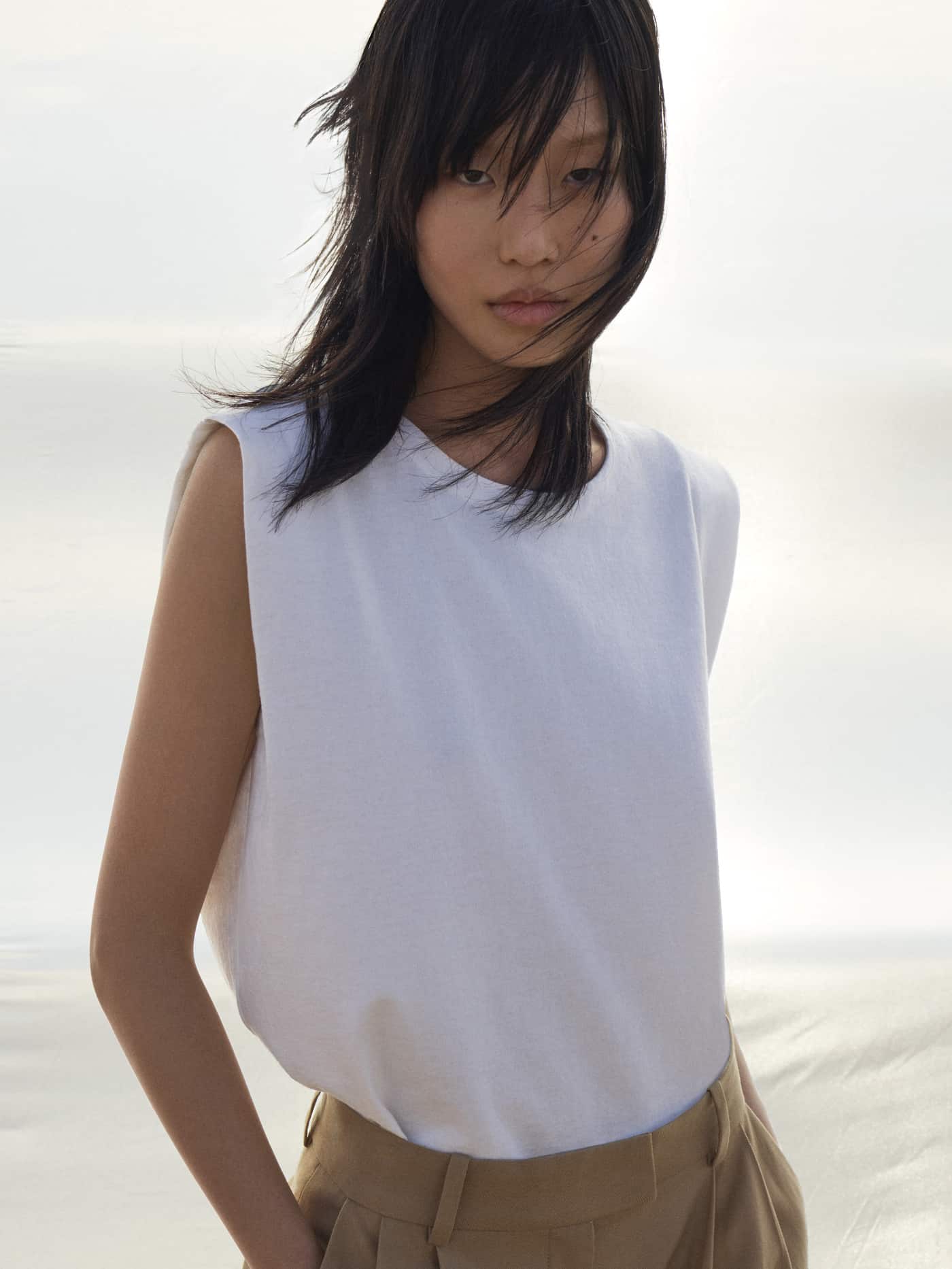 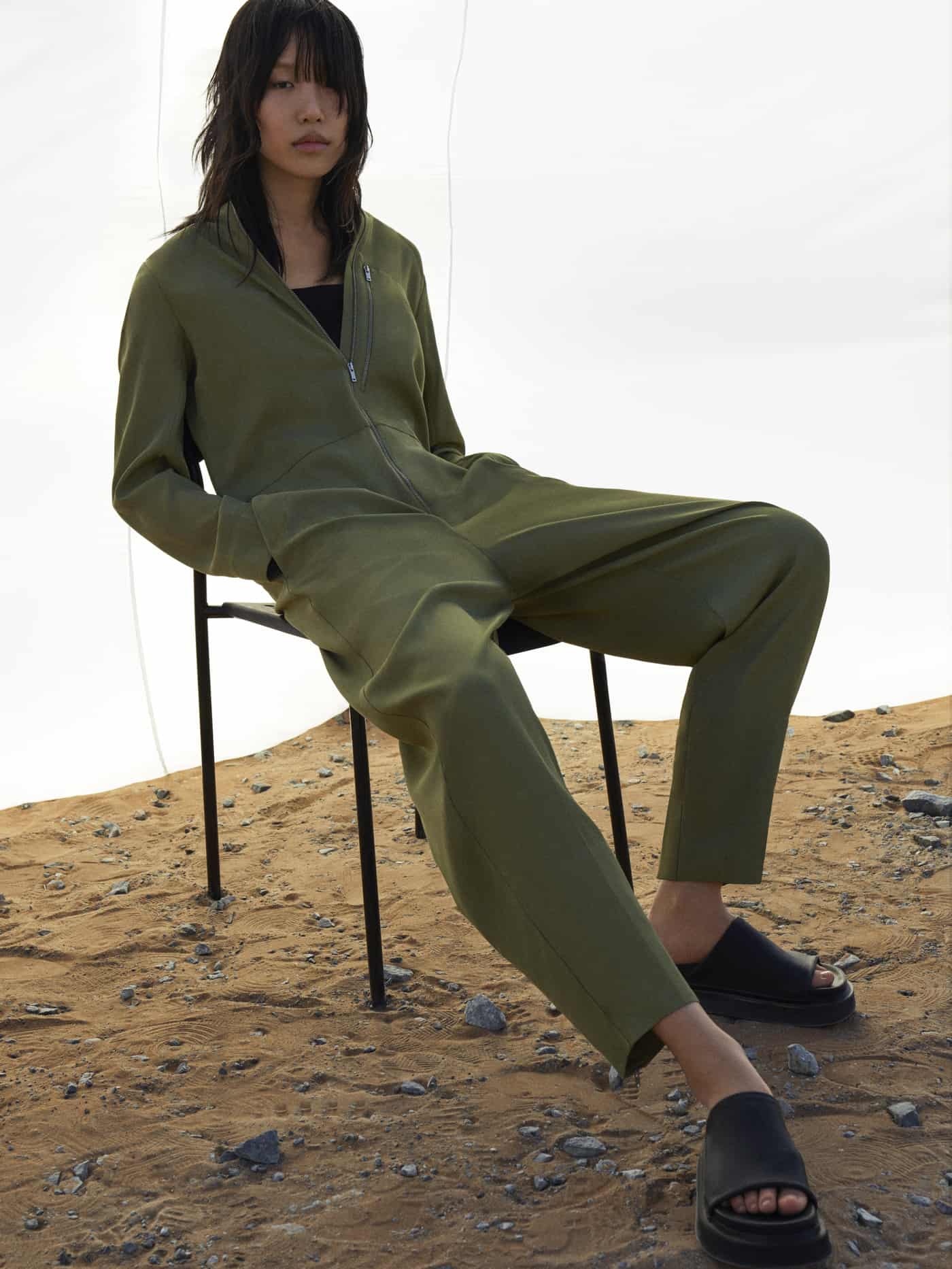 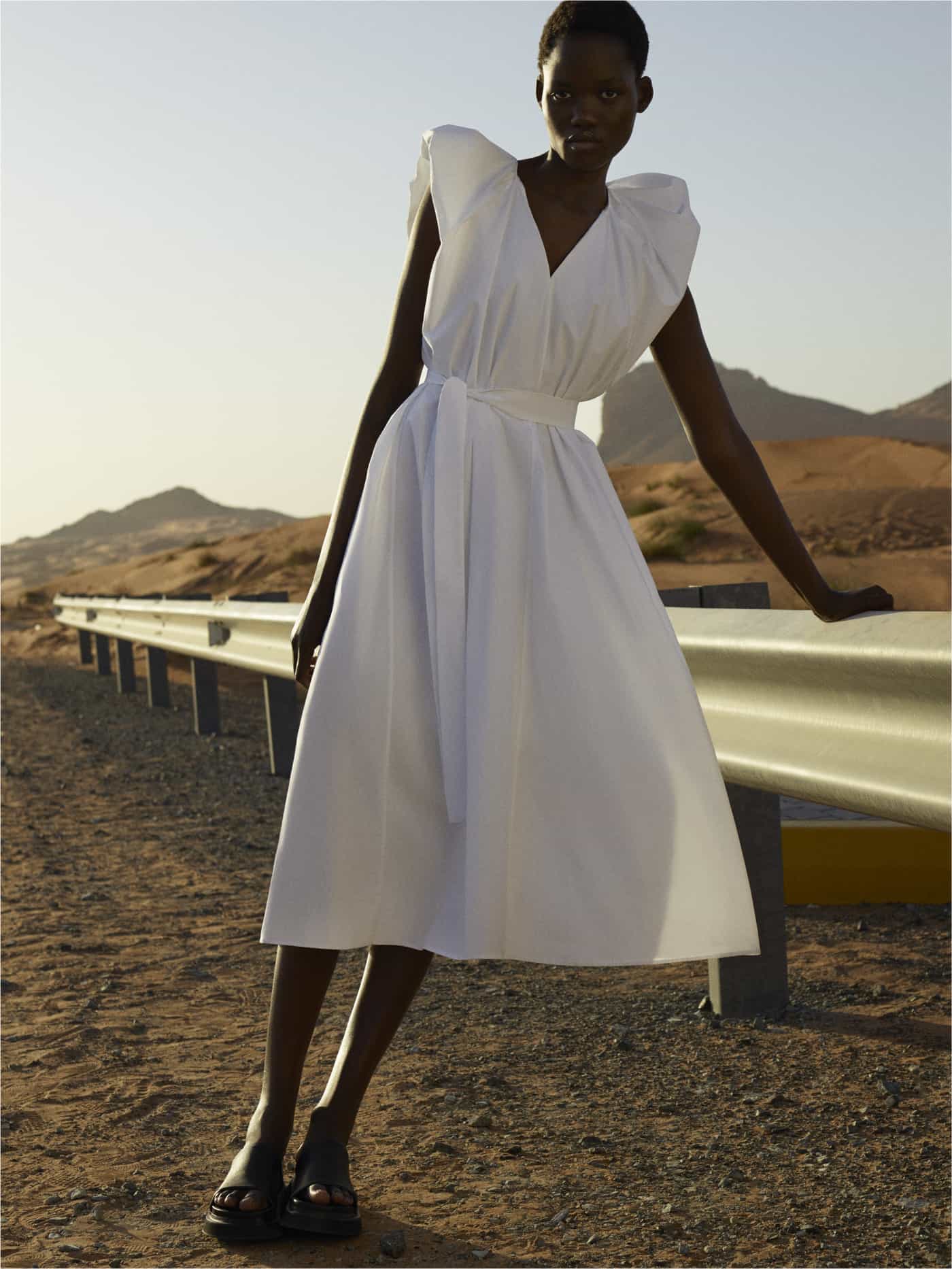 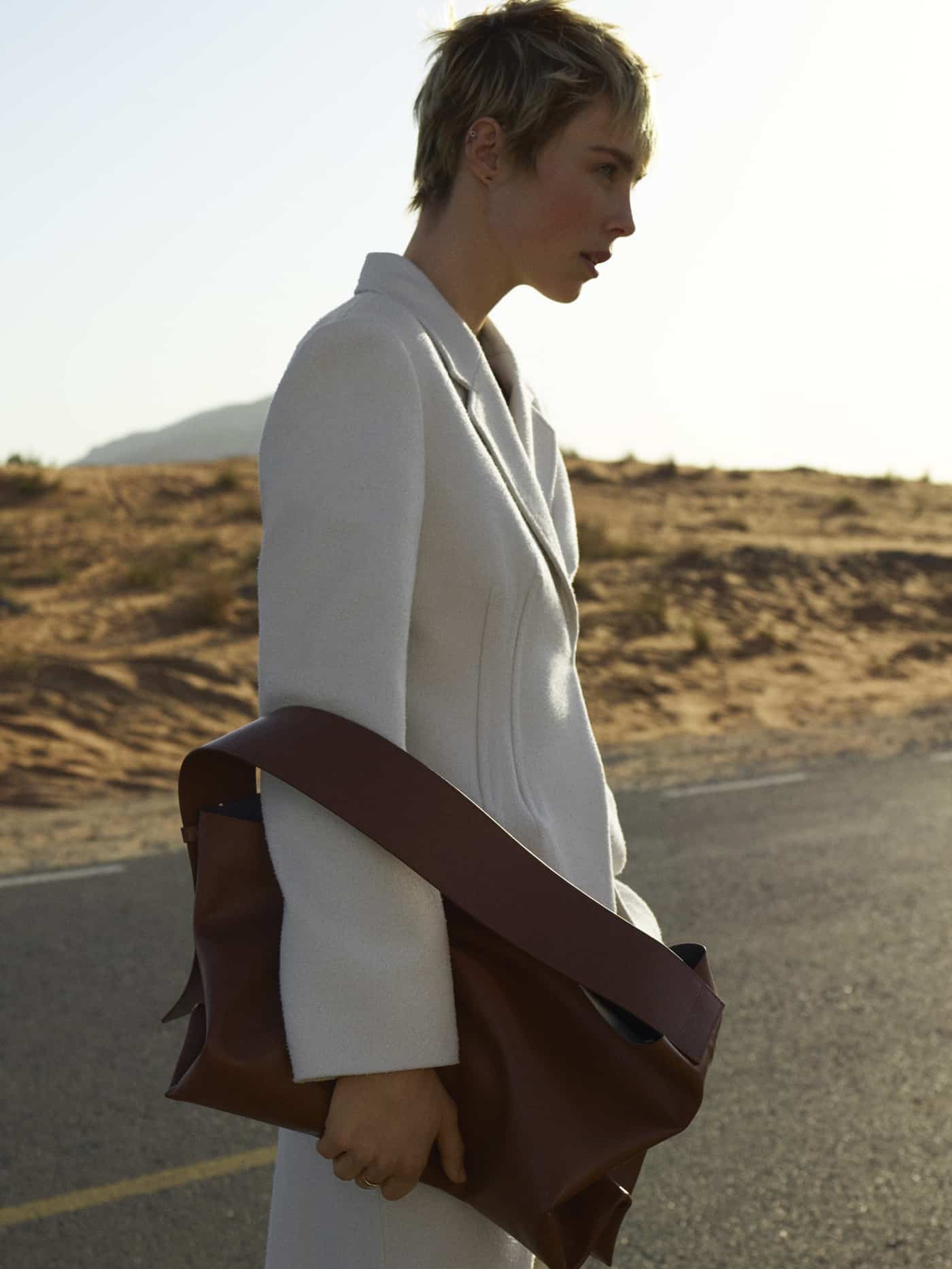 Campbell on fashion: “My favorite thing about fashion is working with exciting, creative people who are the best in the world at what they do. It’s a treat to be the last piece in the puzzle of what they’re trying to achieve—to give their idea a physical form. I love that fashion can be so unexpected, too. You’re flung into incredibly surprising and unexpected situations, from one moment to the next.”

Campbell on growing up in the industry: “I started modeling when I was 15, on and off, and then properly when I was 20, 21. I was an extremely awkward teenager; I would rather have not had a body at all. Then, to end up in this career which is so physical! As a model, you’re expected to take up space–you get on set, and you perform, and as I learned more about it that made me very confident in my skin. Growing up in the industry gave me an amazing confidence. I’m really grateful to have that, now.”

Campbell on horse riding: “My mum signed me up for ballet lessons when I was five years old, and I had absolutely no rhythm, I bounced up and down like an elephant. So she asked if I wanted to have a riding lesson, instead, and I said yes. I was just obsessed–I have been ever since. Four-legged creatures are my great love. You can’t think of anything else when you’re on a horse. It’s soul food, really.”

Campbell on her beloved horses: “I have four horses. One, Dolly, is retired, and the other three are Ed, Bruno and Tinker – shiny, posh, big-muscled beasties. My favorite thing about riding is learning what makes them tick. I compete, so I train horses to do what I want them to, and in order to do that successfully you have to get inside their head, see the world through their eyes. It’s incredibly rewarding, to create a very close partnership with this big, hairy beast. They trust you, and that’s very special. Riding has made me more in tune with the natural world, too; You gain a respect and an awe for nature and its ways.”

Campbell on sustainability: “Sustainability, for me, is about stewardship. We’re all looking after the world for the people who will come after us. How to live a life that does not have a negative impact? It’s difficult, because it’s so complex. It’s not possible to simply create a set of rules to live by that will remedy the climate crisis. Instead, I think it’s about trying to be mindful. Treading lightly, and leaving a minimal trace. For me, reading and learning and trying to understand the magnitude of the problem has been very motivating. The people who are least responsible for the crisis we face are the ones who will bear the heaviest burden, and that is clearly unethical. Reading–a lot–opened my eyes. It’s not about being puritanical, or making meaningless gestures. Instead, it’s about doing better tomorrow than you did today. I’m in the business of selling clothes to people, but I would hope that the fashion industry would slow down a little and bear more responsibility, focus more on quality over quantity.”

Campbell on style: “My style is quite androgynous. I like good clothes, but I’m not particularly interested in trends. I’m very interested in people who are extremely well dressed, whatever that is for them. When I’m riding, I dress like a complete slob. Especially in winter, when it’s many layers of thermals, and big, smelly coats with horse slobber on. But in competition, I do quite enjoy going for it, shining my boots. There’s a culture, in riding, of wearing things that will last. It’s not about the shiny and new, it’s about the quality of make.”