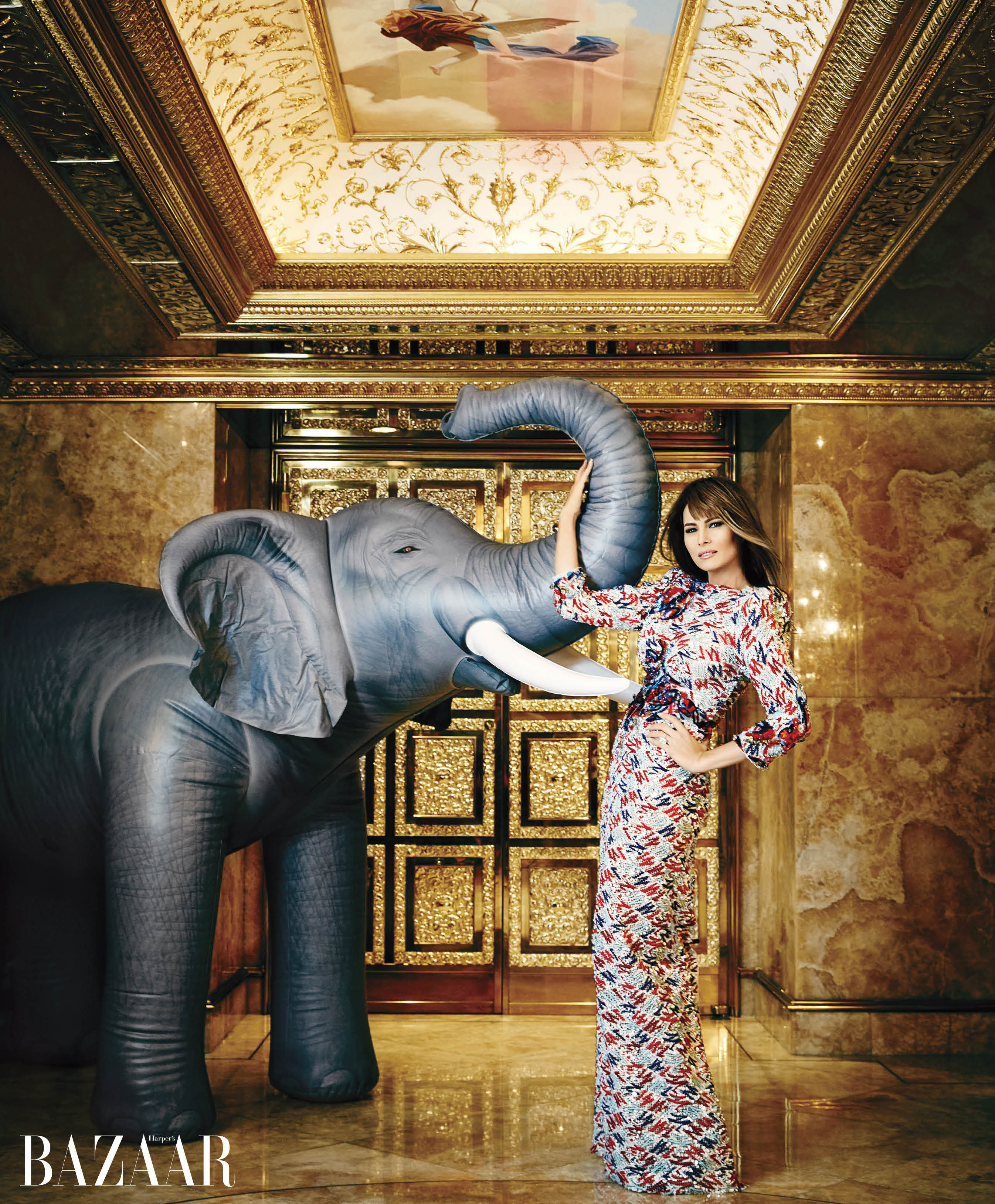 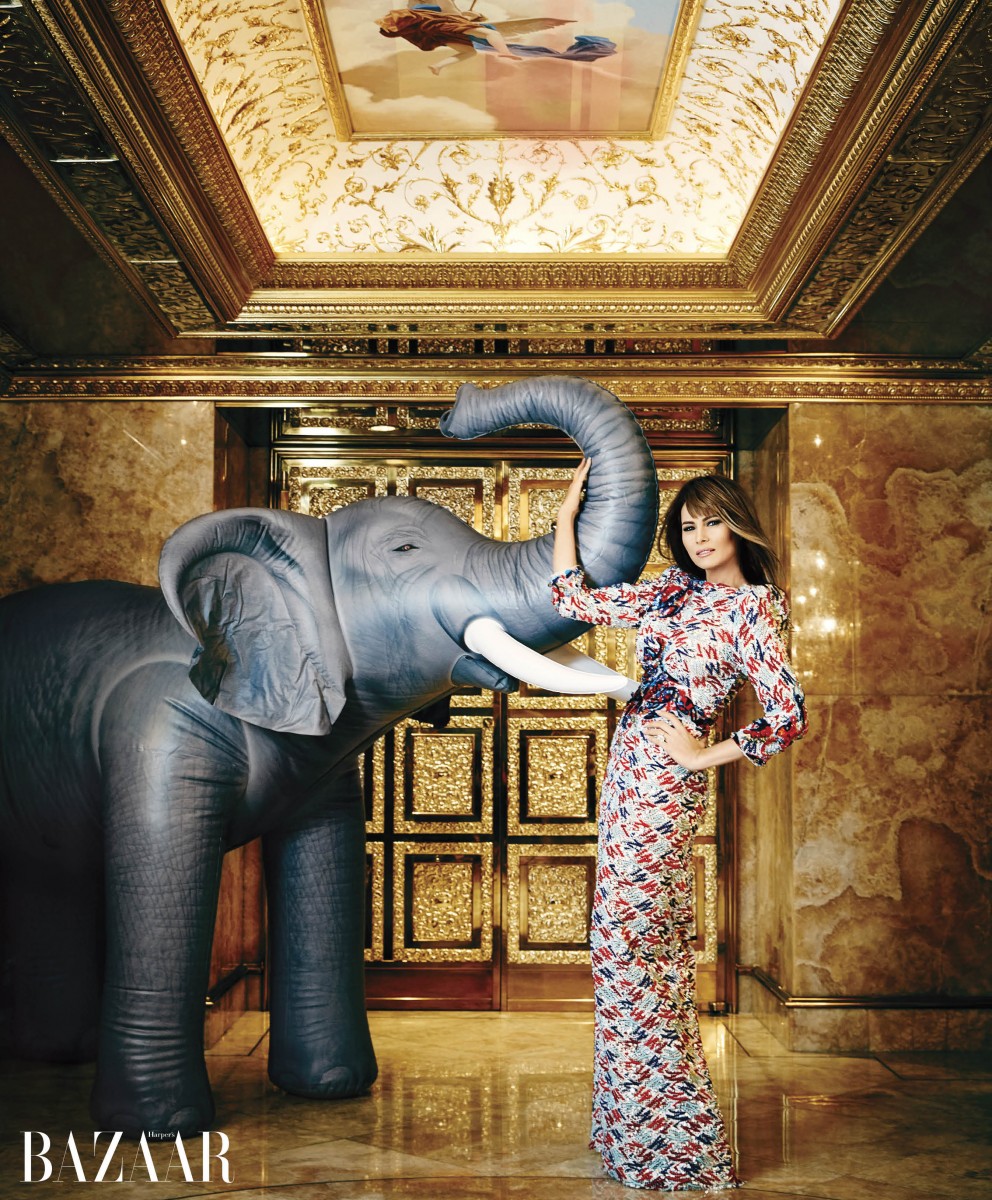 Melania Trump appears in Harper’s Bazaar’s February issue and finally opens up about why she’s kept a low profile during husband Donald Trump’s presidential run. “I’m choosing not to go political in public because that is my husband’s job,” she told writer Alex Kuczynski. “I’m very political in private life, and between me and my husband I know everything that is going on. I follow from A to Z. But I chose not to be on the campaign. I made that choice. I have my own mind. I am my own person, and I think my husband likes that about me.”

Mrs. Trump also reveals that it was a fashion week party that brought her to The Donald.  “He wanted my number, but he was with a date, so of course I didn’t give it to him,” she said. “I said, ‘I am not giving you my number; you give me yours, and I will call you.’ I wanted to see what kind of number he would give me—if it was a business number, what is this? I’m not doing business with you. [Instead, Donald gave her all of his numbers] the office, Mar-a-Lago, home in New York, everything… I was struck by his energy. He has an amazing sense of vitality.”

Douglas Friedman shot the potential FLOTUS at the Trump’s understated apartment in Trump Tower with Ann Caruso working her magic as the fashion editor. 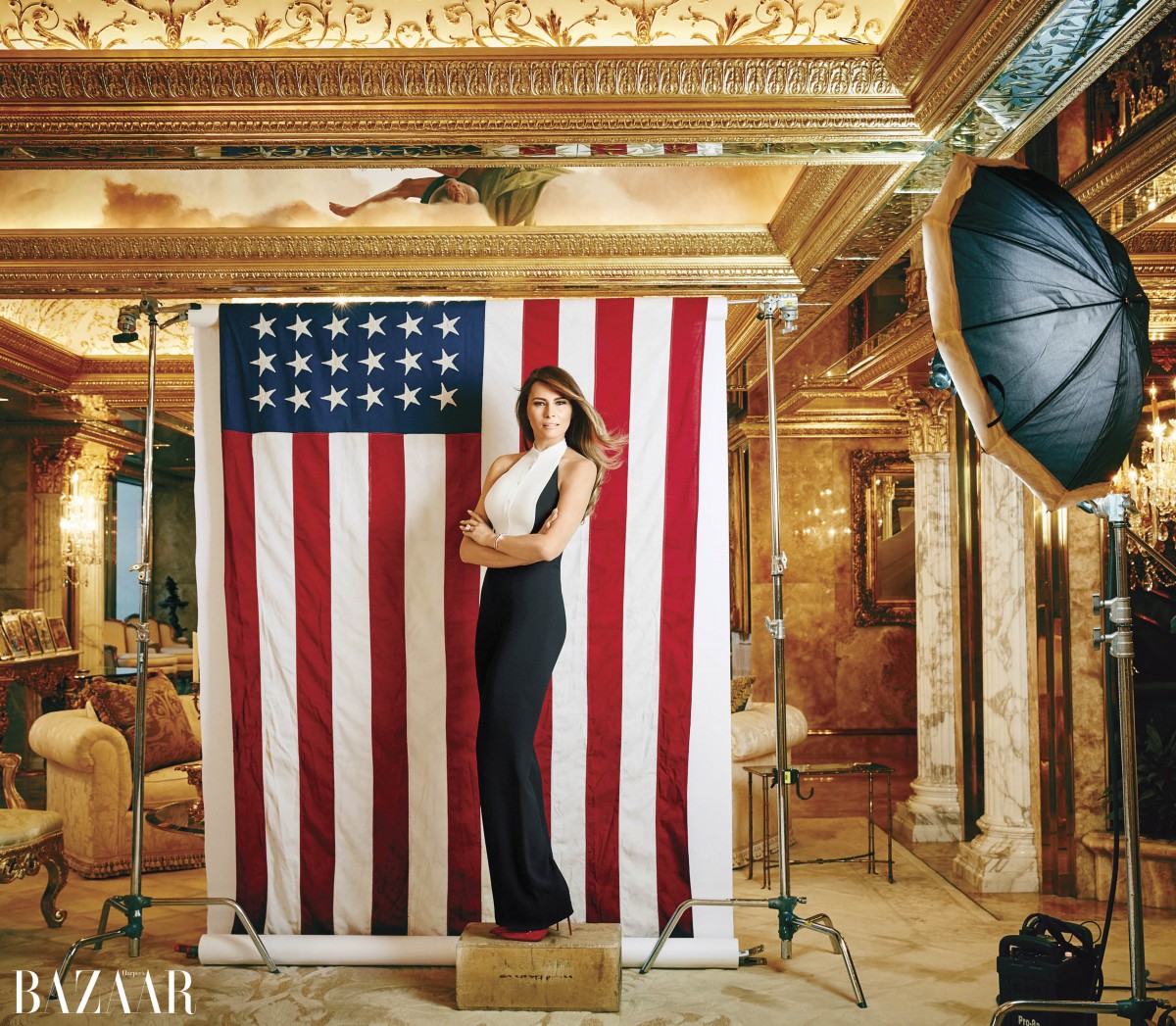