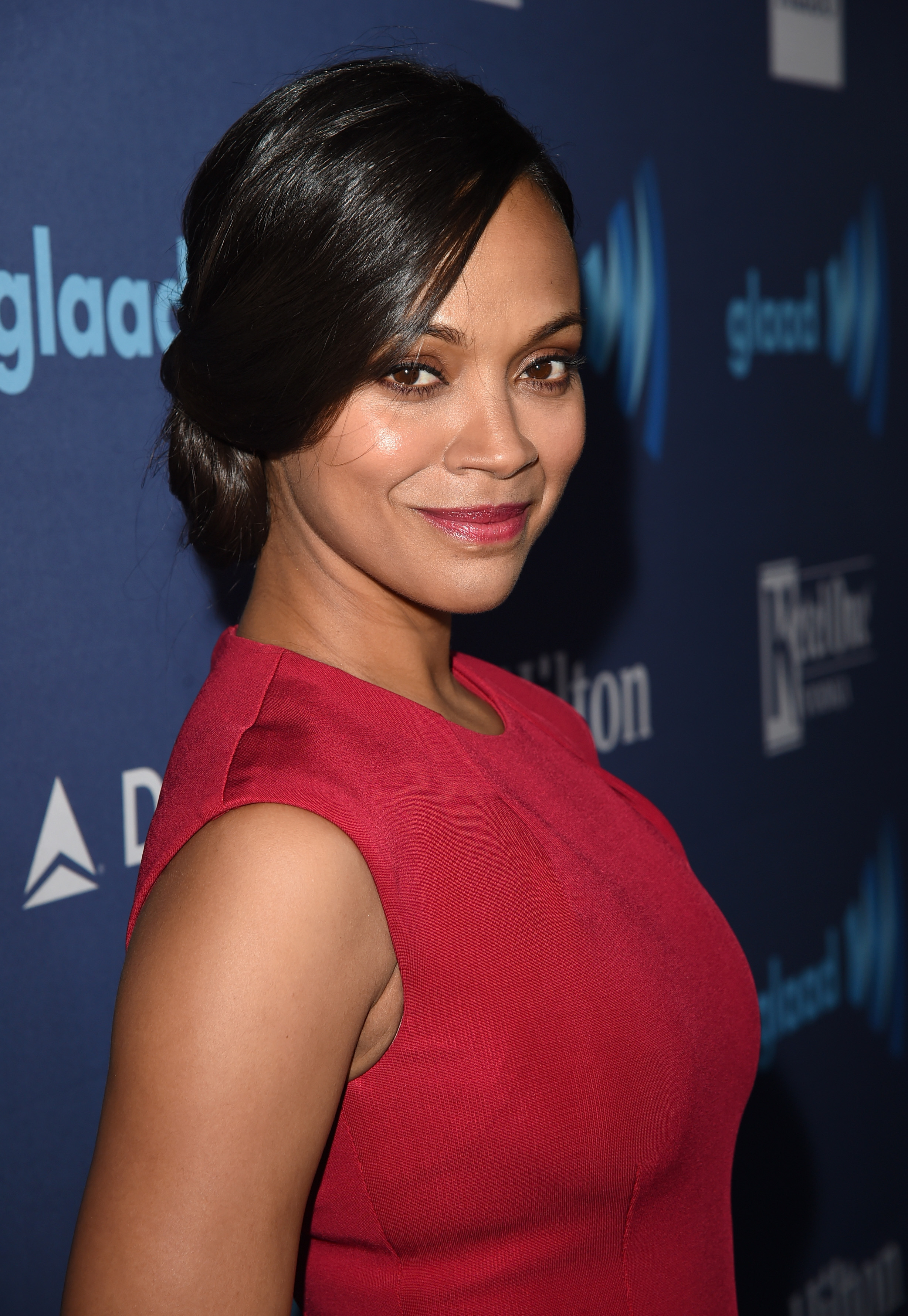 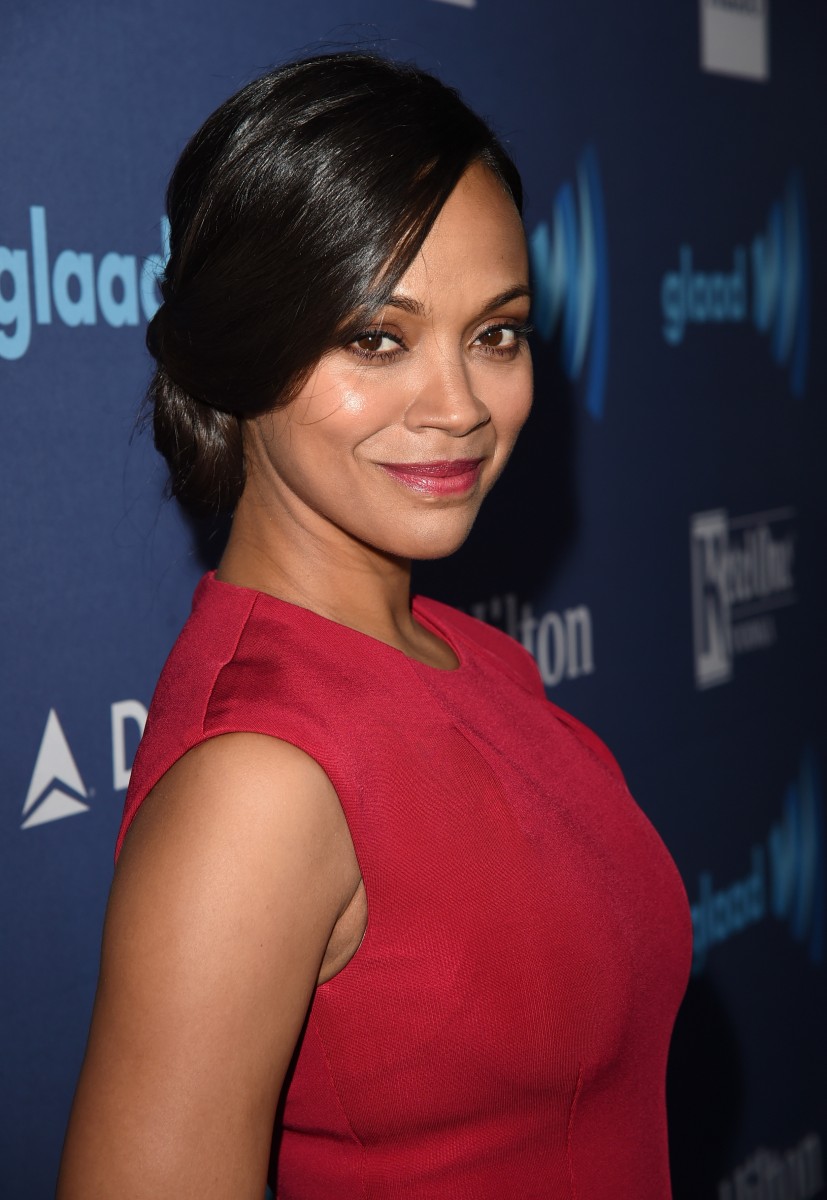 Zoe Saldana attended the GLAAD awards over the weekend in Los Angeles and had some surprising remarks about the recent Domenico Dolce and Stefano Gabbana controversy in an interview with E! News. When asked if she’d be joining the growing list of celebrities boycotting the brand she said, “No! Not at all, that would be the stupidest thing if it affected my fashion choice. People are allowed to their own opinion, however, I wouldn’t have chosen to be so public about something that’s such a personal thing. Obviously it caused some sensitivity, but then again if you continue to follow the news, you see they all kinda hugged it out, so why are we making a big deal about it?” Saldana might be referring to Elton John carrying a Dolce and Gabbana bag last week after feuding with the designers over their remarks that children of chemistry are “synthetic children.” (We’re still confused what Elton was doing with the bag, too.) Saldana also told E! that she wondered if the remarks were lost in translation. “My husband [Marco Perego] is from Italy and if I judged him based on the words that he misuses in our English language he wouldn’t be here today, ” she says. “It’s like look people, have a drink, relax, it’s okay.”

Andy Cohen, Madonna, and Ricky Martin have also spoken out against the remarks which first appeared in Panorama magazine.